In late June, the Supreme Court made a portentously bad decision, ruling that the “Bladensburg Cross”, a giant cross on public land in Maryland, did not violate the First Amendment’s stipulation of freedom of (and from) religion. (The vote was lopsided: 7-2.) The reasons was the usual one: that by merely existing for a long time, the cross had shed its religious significance—just like the National Motto, “In God We Trust”, is seen to be cultural rather than religious, ergo it gets to stay on U.S. currency. As I wrote at the time:

As usual, the pretense is that the cross is no longer a wholly religious symbol. Here are the words of Justice Alito, who wrote for the majority:

The cross is undoubtedly a Christian symbol, but that fact should not blind us to everything else that the Bladensburg Cross has come to represent . . .  For some, that monument is a symbolic resting place for ancestors who never returned home. For others, it is a place for the community to gather and honor all veterans and their sacrifices for our Nation. For others still, it is a historical landmark.

For many of these people, destroying or defacing the Cross that has stood undisturbed for nearly a century would not be neutral and would not further the ideals of respect and tolerance embodied in the First Amendment.

In other words, religious symbols are okay on public land because they have assumed other meanings as well. And we must have “respect and tolerance” for believers. But why a cross rather than a religion-neutral monument? Would the court be so tolerant of a Jewish Star of David, or a statue of Ganesha? Of course not, because they see America as a “Christian nation”.

Now an equally bad ruling, from a Federal appeals court, cites the Bladensburg decision as a precedent, as I knew would happen. The pretense that religious symbols lose their religious significance over time is a mindset seriously threatening our cherished separation of church and state.

You can read about that decision at the Freedom from Religion Foundation (FFRF; click on the screenshot below).

The issue at hand was the seal of Lehigh County, Pennsylvania, which is shown below. As you can see, there’s a Christian cross figured prominently in the center.

A religious symbol on a secular governmental seal should be unconstitutional, and, in a suit brought by the FFRF earlier, they prevailed in a lower court. But the appeals court, citing the Bladensburg precedent, overturned that decision. For now, the seal can stay, and I doubt that the FFRF will appeal to the Supreme Court, which will just affirm the appeals court because the Supremes are, by and large, religious conservatives and Christian nationalists. 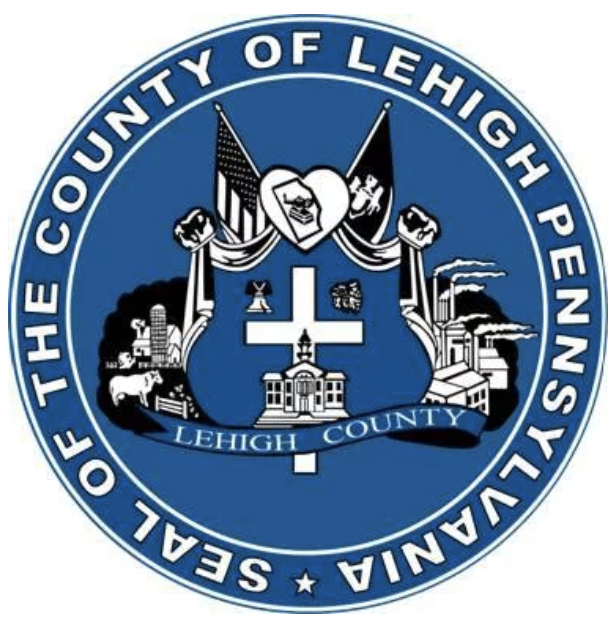 From the FFRF report:

The Freedom From Religion Foundation, a national state/church watchdog, and four individual plaintiffs won resoundingly in district court in 2017 when a judge found unconstitutional the Lehigh County seal that features a prominent cross. “The undisputed facts demonstrate that the county’s original purpose for including a cross on the seal is not secular,” Judge Edward G. Smith had ruled in 2017.

The opinion, written by Judge Thomas Hardiman, who was rumored to be on President Trump’s short list for the U.S. Supreme Court, says that the 3rd Circuit was bound to uphold the seal and cross because of the Bladensburg ruling. Hardiman holds that, after Bladensburg, “longstanding symbols benefit from ‘a strong presumption of constitutionality,’“ by which he means, “longstanding religious symbols.” The seal dates back to 1944.

The alarming nature of the U.S. Supreme Court’s Bladensburg judgment can be seen in this opinion. Instead of protecting the minority from the tyranny of the majority, Hardiman rules that the majority can trample the First Amendment in the name of their religion, concluding that the seal “has become part of the community.”

Well, not MY community, which is secular and atheistic. And if it’s no longer religious, why is it always religious groups defending things like the Bladensburg cross?  Believe me, it’s not because the cross is a cultural icon.

Indeed, the court affirmed the Christian background of the symbol:

FFRF’s appellate brief, filed in April of last year, highlighted the bedrock constitutional principles that the Christian seal violates as the symbol of Lehigh County government.

The federal lawsuit was filed in August 2016 in the U.S. District Court for the Eastern District of Pennsylvania. Co-plaintiffs with FFRF are four of its local members who’ve objected to encountering the religious symbol on county property. The seal is on documents, many official county forms and reports, the county’s website, in a display in the Board of Commissioners meeting room and even on flags displayed prominently at the entrance of county buildings. The board adopted the imagery that appears on the seal in 1944. (Allentown, the third-largest city in Pennsylvania, is located in Lehigh County, with a population of about 350,000.)

After FFRF complained, creating a minor firestorm, the Board of Commissioners sent a reply that proved the state/church watchdog’s point: “The cross, one of more than a dozen elements, was included to honor the original settlers of Lehigh County, who were Christian.”

That’s why it’s incongruous that the 3rd U.S. Circuit Court of Appeals has found the Lehigh County seal acceptable.

FFRF lawyer Andrew Seidel, taking the long view, says that this “cultural heritage” nonsense will eventually pass as the U.S. becomes more secular. But the thing is, I’d like to see this happen in my lifetime, and it won’t.

21 thoughts on “More First-Amendment shenanigans: Federal court rules that a Christian cross on a county emblem is not religious”