It’s Wednesday, September 4, 2019, and National Macademia Nut Day. Three facts about the nuts: they are native to Australia; there are four species in the genus (Macadamia, of course), only three of which can be cultivated since the fourth has poisonous nuts; and all of the nuts are toxic to dogs.

It’s also Eat an Extra Dessert Day, though what if you don’t usually eat desserts? Are you just allowed one? It’s also Newspaper Carrier Day in the U.S. (like most boys of my generation, I did this job for a while).

Good News of the Day: Hong Kong chief executive Carrie Lam has withdrawn the extradition bill that sparked all the protests in her bailiwick.  And in Britain, the odious and dictatorial Boris Johnson lost a vote in Parliament, preventing him from unilaterally removing his country out of the EU. This may lead to another election, and (I am ignorant here) perhaps to a new Prime Minister. In that case Johnson would have had one of the shortest ministerial tenures in British history.

Stuff that happened on September 4 includes:

Remember that these wars started after the Chinese objected to the illegal importation of opium into China by British and American companies followed by armed action by the Chinese against these companies.

Geronimo lived the remaining 23 years of his life as both a prisoner and an attraction (people bought buttons off his coat), and died in 1909 after being thrown from his horse. As Wikipedia reports, “His last words were reported to be said to his nephew, ‘I should have never surrendered. I should have fought until I was the last man alive’.”  Here’s the brave warrior in 1887 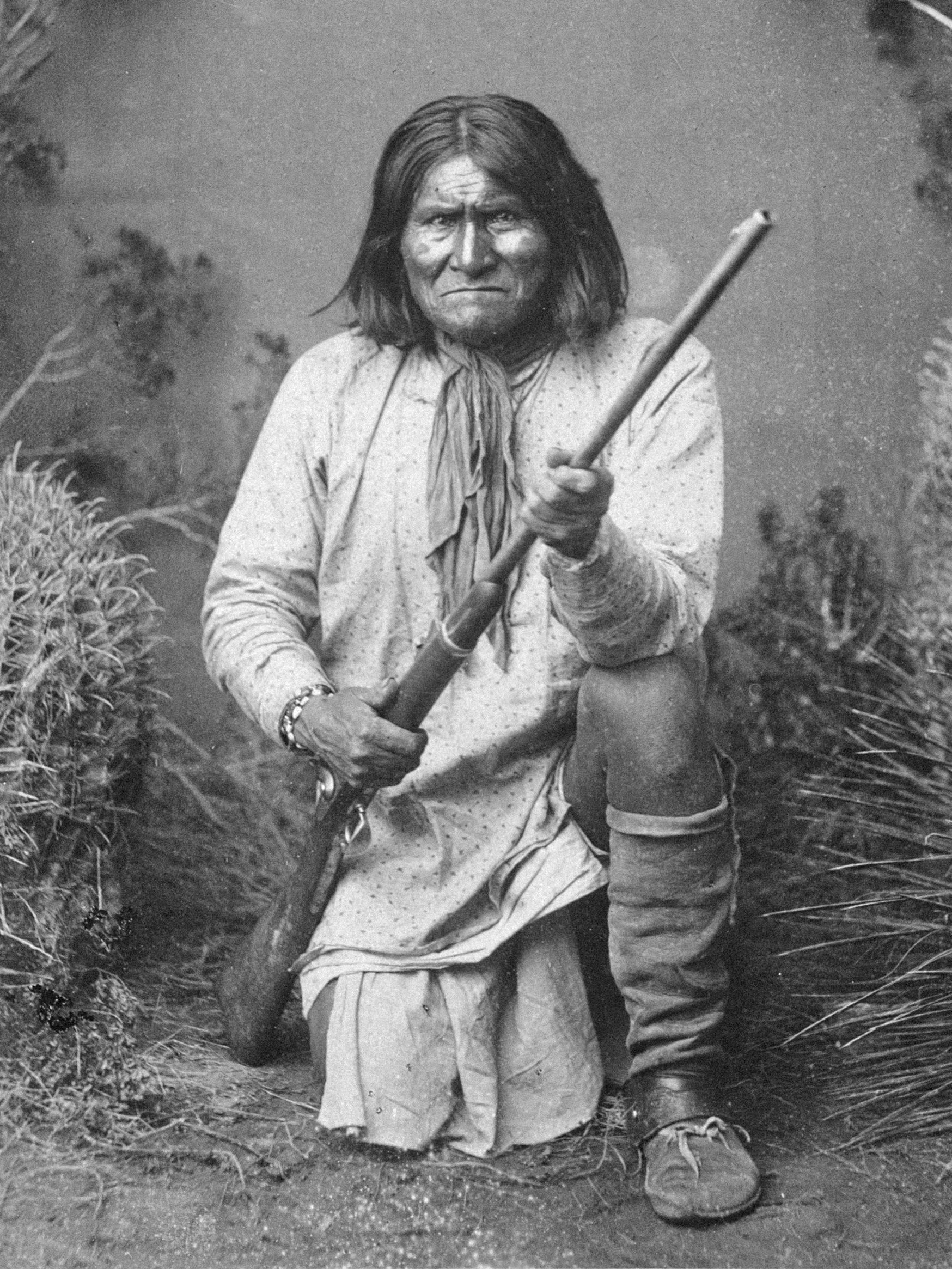 Remarkably, each of his medals also represented a world record time. Here’s a short video of his accomplishments:

One person won eight gold medals in a single Olympic Games. Can you name that person? (Go here.)

Buckminsterfullerene, or “buckeyballs” is a soccer-ball shaped carbon molecule with the formula C60, discovered in 1985 by Harold Kroto, Robert Curl, and Richard Smalley, who won the Nobel Prize in Chemistry for this in 1996. The molecule looks like this: 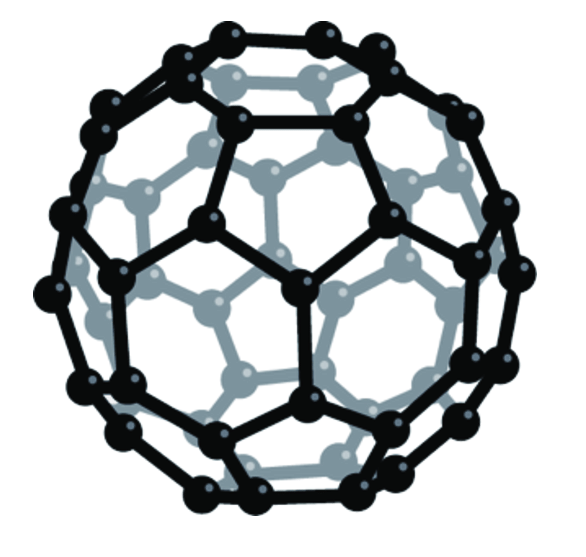 Those who became lifeless on September 4 include:

Meanwhile in Dobrzyn, Hili tries once again to be philosophical.

A:  Hili, there is a dead mouse in the middle of the lawn.
Hili: And they said that the truth is in the middle. 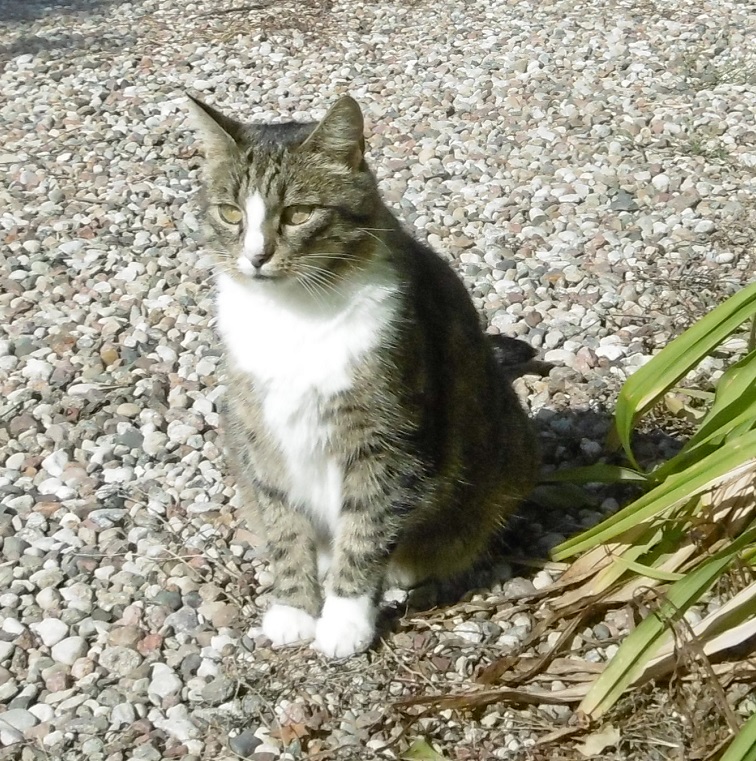 From I Am Not a Grammar Cop, I am an English-Language Enthusiast.  Clean-up in aisle 5! 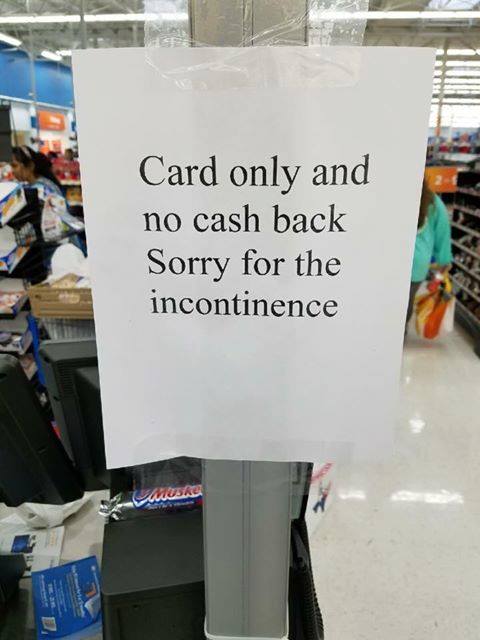 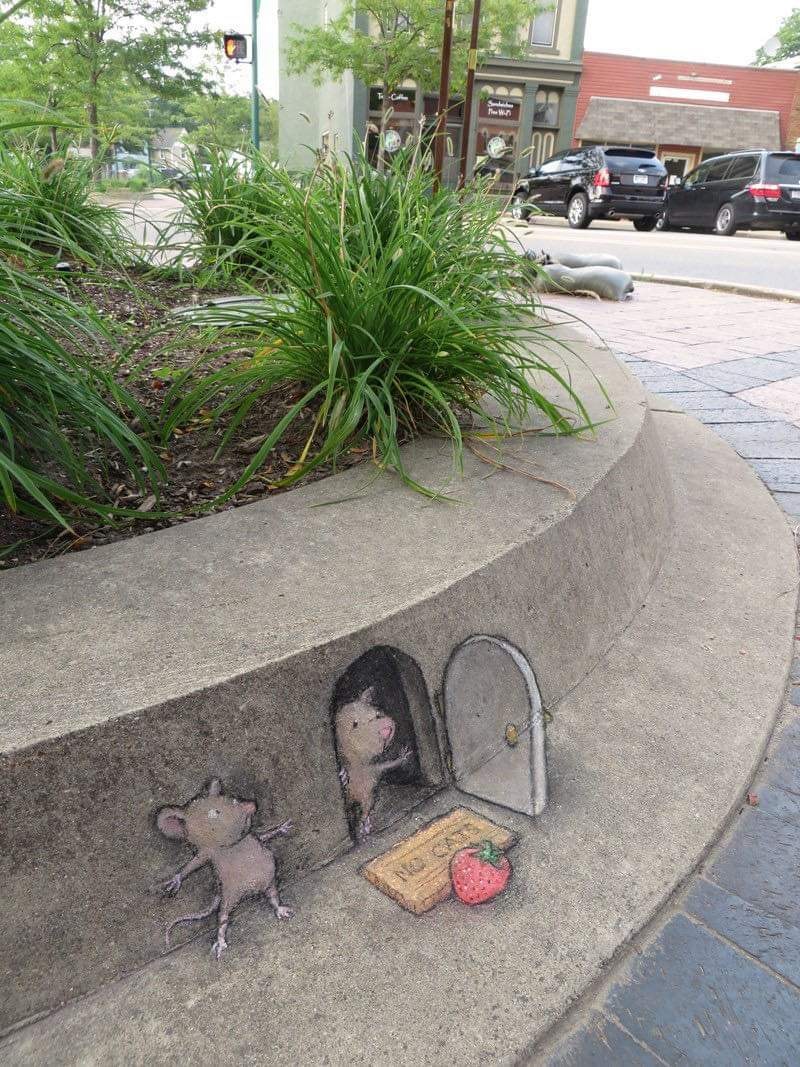 A tweet Grania sent me on April 5. See how long it takes before you realize what this is:

From Michael. Can you believe that Boris Johnson is moving a DOG into 10 Downing Street? Figures! And Larry, the resident cat and Chief Mouser to the Cabinet Office, doesn’t like it:

My pal @BBCPeterH captured this footage of my new lackey arriving.pic.twitter.com/o0BtkZ2772

A tweet from Nilou. Wouldn’t it be cool to tell the robot chef, “Alex, whip me up a Caesar salad without anchovies, a ribeye steak, rare, with a side of mashed potatoes and asparagus, and baked Alaska for dessert.”?

A tweet from Heather Hastie. Are these the Sharks or the Jets?

Four tweets from Matthew, who’s still sending them though he’s on hols.  Look at this poor baby barn owl!

Baby Barn Own hearing thunder for the first time

No, cat, I'm not opening the door for you. Use the bloody catflap 🙄🙄🙄 pic.twitter.com/eGk4PAWAup

LOOK AT THIS BEHEMOTH! And it’s only half the size of a blue whale. Did you know (and this is true) that the blue whale’s tongue weighs as much as an adult female elephant?

Epic footage of a humpback whale breaching. Despite being this massive,it’s only half the size of a blue whale. pic.twitter.com/Z2DHD9fFLt

And an enlightening thread headed by Nick Christakis:

As recently as 5,000 years ago, the Sahara was not a desert, but green. Dramatic changes can arise from even gradual planetary shifts. First the change comes slowly, then fast, in just a few hundred years.