I’ve written a fair bit about accusations of cultural appropriation, and I do so for several reasons. First, these accusations are almost always totally misguided, mistaking admiring imitation for bigotry and theft. Second, they clearly show the folly of the Authoritarian Left, both its virtue-flaunting and its adoption of “actions” that are completely useless in changing society. Really, how much “inclusiveness” is promoted by picketing a show of kimonos at Boston’s Museum of Fine Arts? Or the demonizing of white women who wear hoop earrings?

Finally, the claims often blend Wokeness with unintended humor, showing that many claims of cultural appropriation are almost indistinguishable from satire. The claim at hand is one of these near-satirical arguments, but I’m pretty sure it’s real. Or at least Yahoo UK thinks so (click on screenshot): 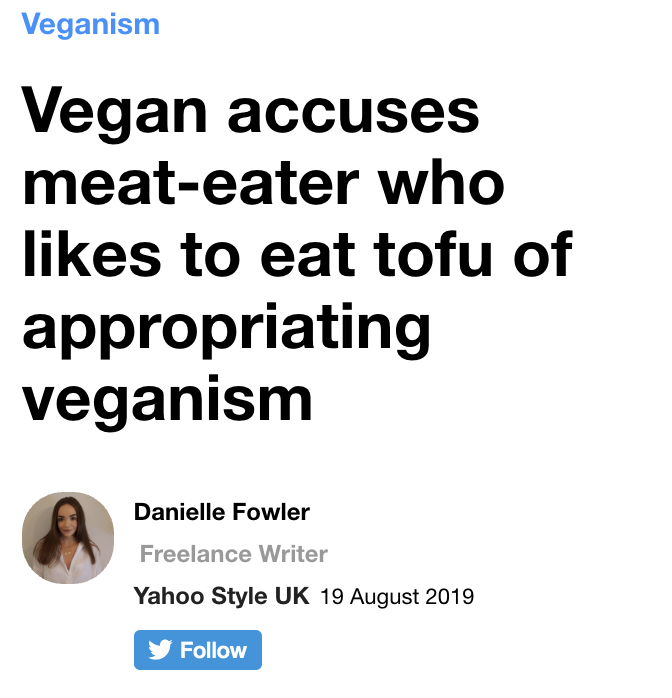 According to the article, this exchange appeared on a reddit site: 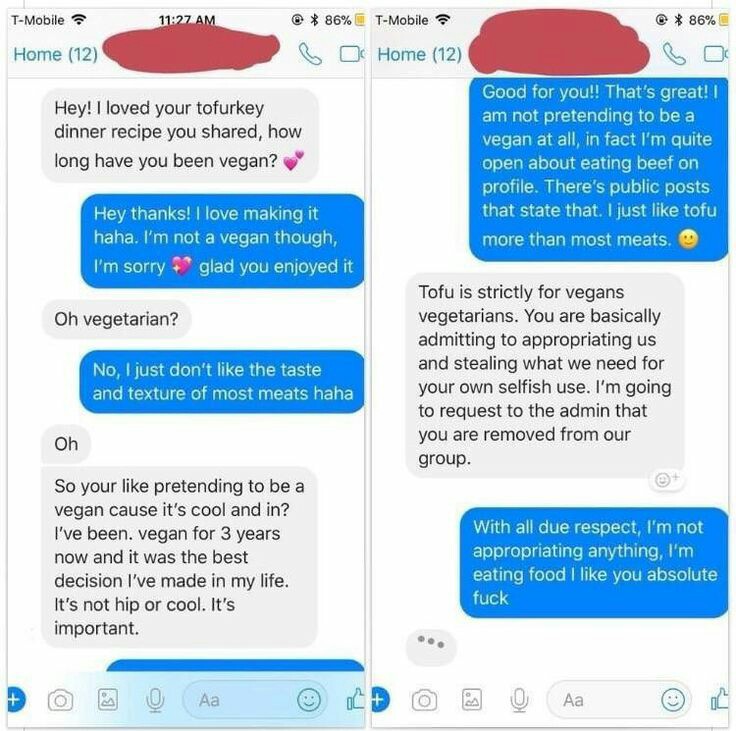 There we have it, ladies, gentlemen, and comrades: a termite boring deep into the wood. He/she/they cannot allow a meat-eater the pleasure of enjoying torfurkey (mock turkey made from tofu), which could in fact turn a meat-eater towards vegetarianism. Instead, the miscreant has to claim that eating tofu is reserved for vegans and vegetarians. (Ask a billion Chinese about that!)

This shows all three aspects of the cultural appropriation trope, including its unintended humor as well as its inevitable descent into name-calling and obscenity. Now it’s possible that this is a joke, for it would be easy to confect accusations like this, but Yahoo, at least, took it seriously. So shall I, for the nonce.

The article goes on; here’s a bit of it:

Unsurprisingly, a number of vegans took to the post to defend their community.

“This person is giving vegans a terrible reputation,” one commented. “I’m vegan, I would never act like this, and I don’t think the majority of vegans would. And they should be thrilled they are choosing tofu over meat!”

“This person isn’t a true vegan because most would concede that the less meat someone eats the better,” another added. “I know so many meat-eaters who love vegan/vegetarian food.”

A third agreed, highlighting that an increase in demand for tofu would actually ensure there is more available on the supermarket shelves.

“If anything more people eating tofu would probably increase production and more brands would emerge and there would be more variety to choose from,” they pointed out.

Another highlighted the vegan’s contradictory views, sarcastically writing: “I love animals so much, that I want you to eat meat instead of cutting down on your animal consumption! Makes sense.”

Ah, I love the smell of internecine squabbles in the morning!

But I wish those who so quickly accuse others of cultural appropriation would themselves be called out by members of their own community. (In fact, this happened in Boston, where some kimono-wearing Japanese ladies turned out in support of the kimono celebration.) Those who want real social justice should roll up their sleeves and get to work, registering voters, accompanying women to abortion clinics, giving money to good causes, and so on. Pounding a keyboard in rage doesn’t accomplish jack.