As I’ve discovered in the last few years, mallards have far more complex behaviors than the casual duck-watcher thinks. For example, they can play dead when caught.  Here are two examples:

This one runs away after a d*g picks it up by the neck and puts it down:

And here’s a fascinating paper, though I object to their sacrificing ducks to assuage their curiosity. Yes, several species, including mallards, feign death when caught by foxes. Click on screenshot to read: 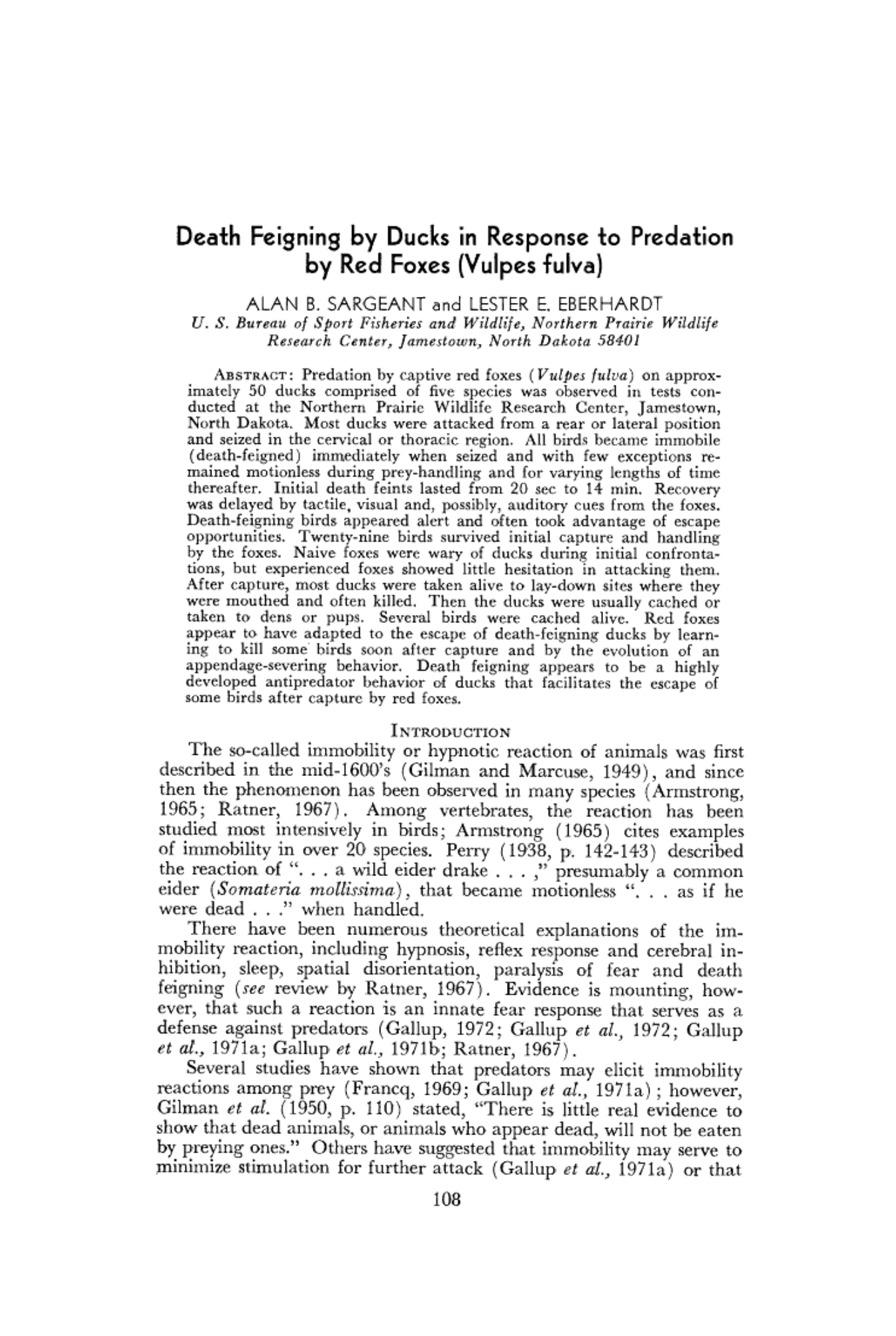 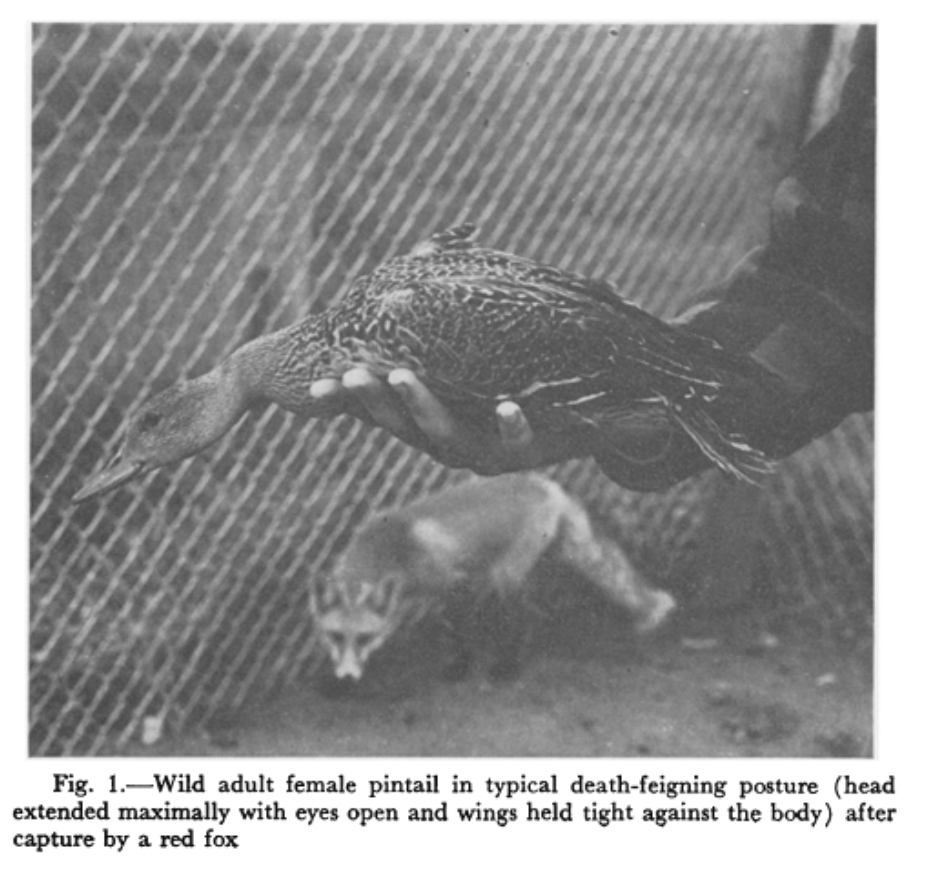 11 thoughts on “Mallards can play dead when caught”