Today’s reader photo is of evolutionary ecologist Bruce Lyon. It features birds, of course, and here’s his caption:

A photo (and some explanation) for the readers doing interesting (incredibly stupid?) things topic.

A blast from the distant past—1978 at a place called Cape Hay, on Bylot Island in the eastern Canadian arctic. My friend, Erick Greene (also now an evolutionary biologist, University of Montana) took the photo with my camera. Erick had a summer job working on arctic seabirds for the Canadian Wildlife Service and he convinced his boss that they needed another person for the field crew and so finagled a job for me. Counts from photos indicated 140,000 thick-billed murres nesting on the cliffs (black and white bird in foreground) and smaller numbers of black-legged kittiwakes (gulls in background).

The small dark blog in the corner in front of me is a murre chick and the green device in my hand is set of calipers for measuring the chick’s leg and beak size.The nice splashes of color on my worker overalls are bird shit. We often had murres on ledges above us—when murres need to relieve themselves while tending eggs or chicks, they simply lift their tail and let fly with a giant squirt, some of which would land on us. Definitely not a place to look up with your mouth open. Even more disgusting was the time a kittiwake nest dislodged and landed on Erick Greene’s head. It turned out that the nest material, rotten seaweed, was absolutely seething with some sort of worms, probably nematodes. This cliff was only 200 feet high but the next year a different site in Hudson Bay we climbed 1000-foot cliffs. 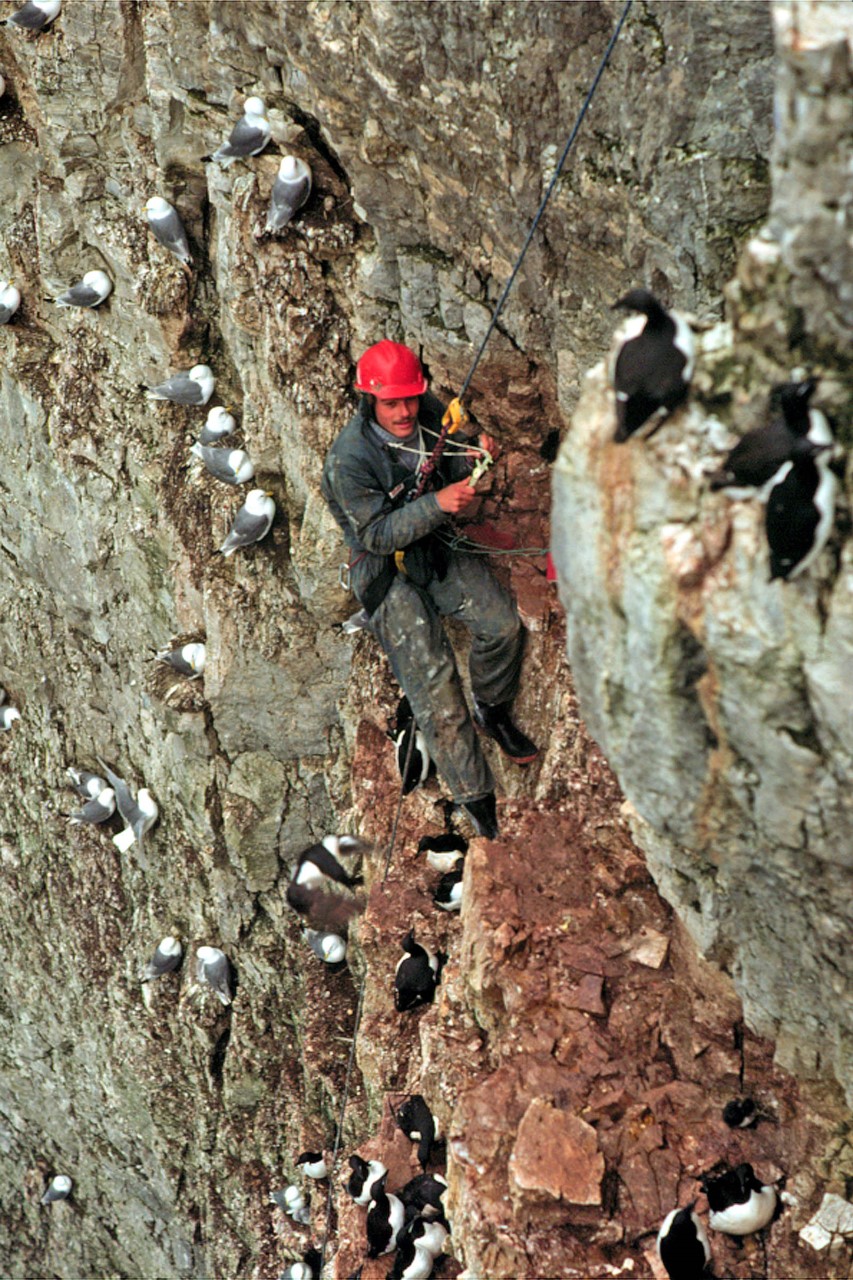 13 thoughts on “Photos of readers”