The actor Rosanna Arquette, who has become a woke activist, tweeted this out yesterday. When I went back to retrieve it, I found that she had “protected” her Twitter feed so that I couldn’t embed the tweet. Fortunately, someone took a screenshot:

Her feed now (note that “silence is complicity”): 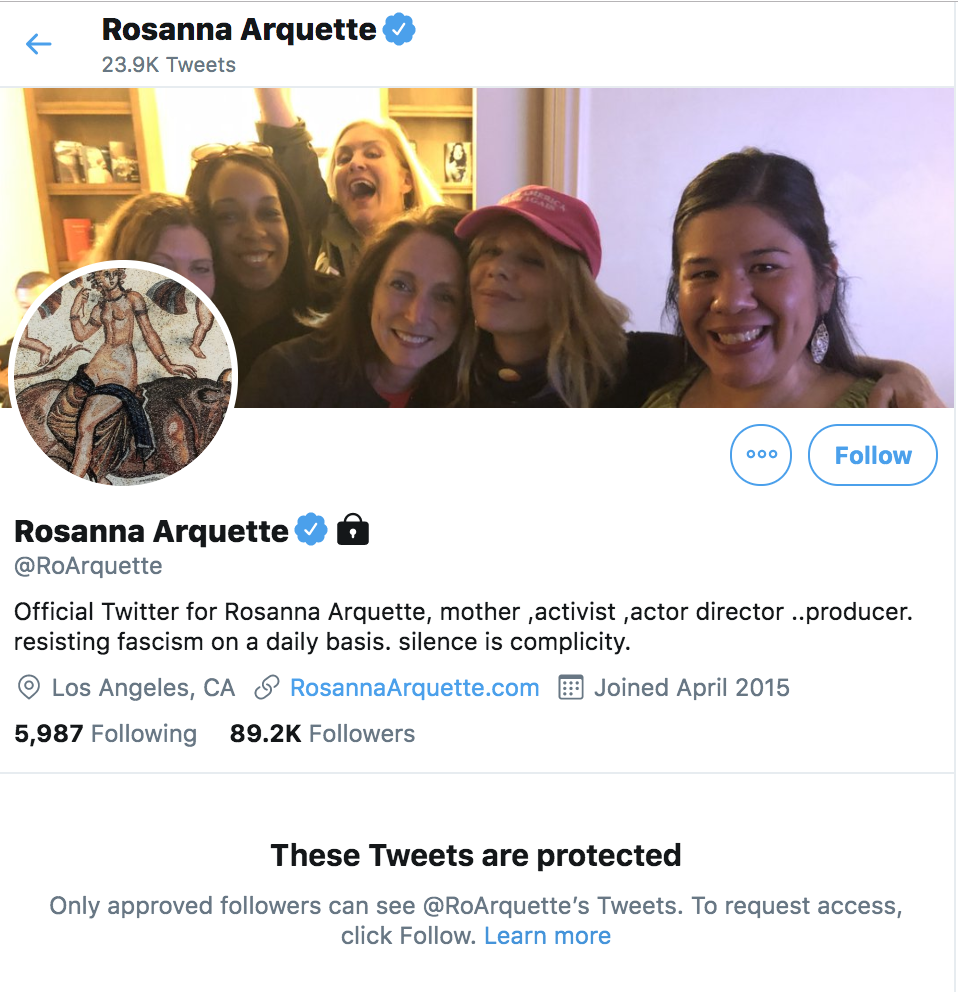 I was a big fan of Arquette’s performances in Desperately Seeking Susan and especially as Gary Gilmore’s girlfriend in The Executioner’s Song, but this self-flagellation is shameful. What does it accomplish? Does it help people of color? I don’t think so. What it does is demonstrate Arquette’s bona fides as a Woke Person, as well as reinforcing the kind of racism that deems all white people as oppressors and “the other”.   I seriously doubt that Arquette was either a racist or an oppressor, and so why is she ashamed? Is she ashamed that she has the skin color of a group that has been the oppressor? That shame accomplishes nothing, either.

Arquette’s self-flagellation does nothing save gain her attention (the wrong kind, apparently, as she’s closed her Twitter account), and flaunt her virtue. It’s the Twitter equivalent of the penatentes flailing their backs with whips until the blood runs strong, all as a way to placate God. Here she placates the Woke.

If she wanted to do something, she’d give away some of her wealth for good causes.

57 thoughts on “What identity politics did to Rosanna Arquette”