Good morning on Tuesday, August 6, 2019, National Root Beer Float Day (I use to drink a lot of those as a kid, but haven’t had one in decades). It’s also “A-bomb day” (see below), which means that it’s also Hiroshima Peace Memorial Day, when the victims of the first atomic bomb used in warfare are commemorated. It’s also National Fresh Breath Day, National Gossip Day, and Wiggle Your Toes Day (?).

Stuff that happened on August 6 includes the following:

Here’s a copy of the proofs.  According to the Gilder Lehrman Institute of American History, “This copy of the draft of the Constitution was printed secretly for the delegates in August 1787. In order to make it easier for them to take notes it was printed with wide margins. Delegate Pierce Butler, one of the wealthiest slaveholders from South Carolina, owned and marked up this copy.” 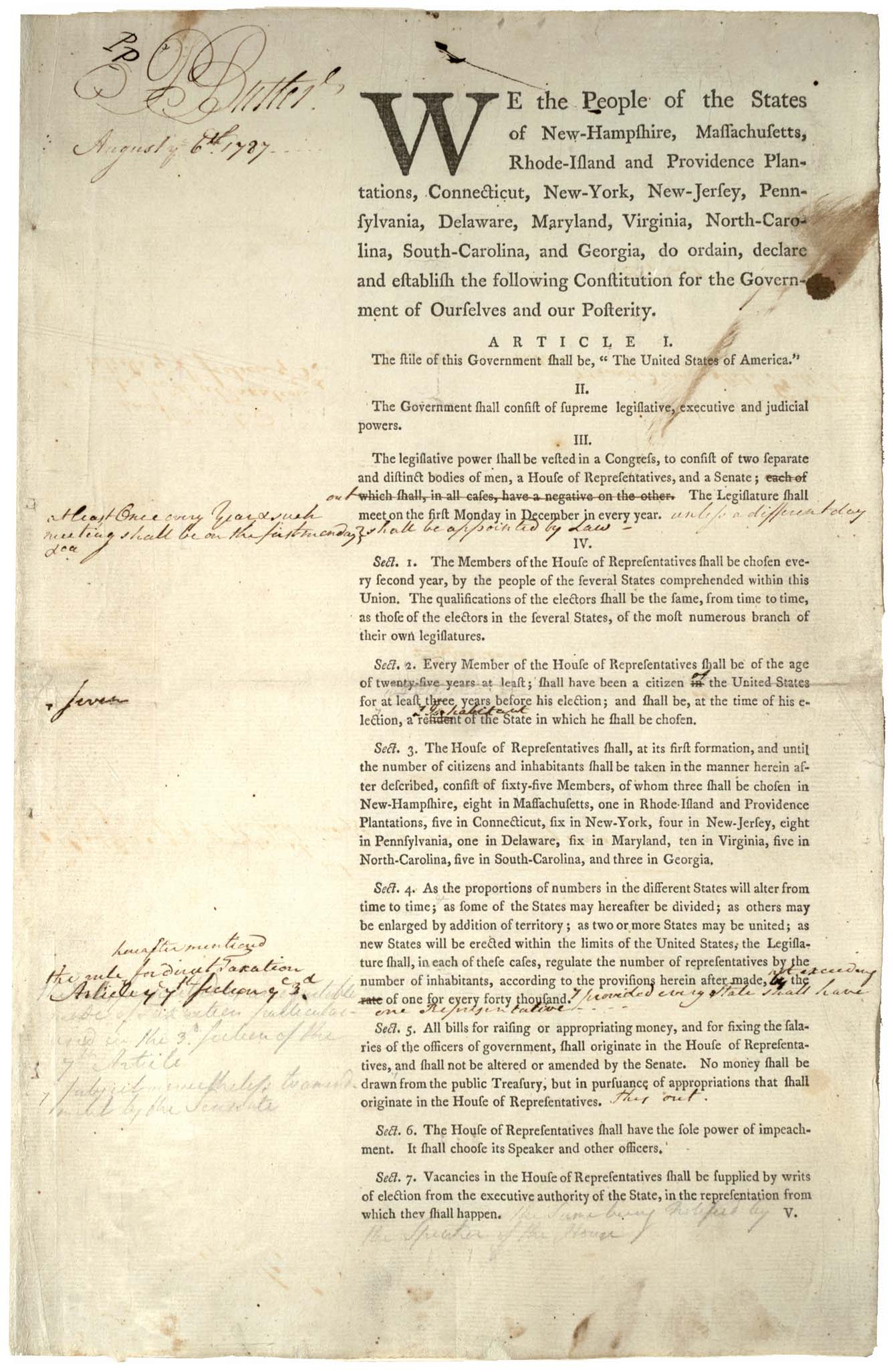 The execution was badly botched; read about it here. I don’t understand why anybody would think the electric chair is a humane way to execute someone.

Five men had swum it before, but Ederle beat their record by a full two hours, completing the swim in 14 hours and 34 minutes, a record that stood until 1950.   Here’s a video of the occasion. She appears to have had musical accompaniment during her swim, and her feat was celebrated with a ticker-tape parade down Broadway:

This is perhaps the most famous missing-persons case in American history. There was no solution (the case was closed in 1979 with not a hint of what happened to the judge.

Here’s a movie of the bombing, recounted by the man who filmed it:

Schultz was murdered by rival mobsters in 1935, who had shot him with rusty bullets to cause infection. He died 29 hours after the shooting, speaking gibberish. As Wikipedia reports:

Schultz’s last words were a strange stream-of-consciousness babble, spoken in his hospital bed to police officers who attempted to calm him and question him for useful information. Although the police were unable to extract anything coherent from Schultz, his rambling was fully transcribed by a police stenographer. These include:

A boy has never wept…nor dashed a thousand kin.
You can play jacks, and girls do that with a soft ball and do tricks with it.
Oh, Oh, dog Biscuit, and when he is happy he doesn’t get snappy.

Schultz’s last words have inspired a number of writers to devote works related to them. Beat Generation author William S. Burroughs published a screenplay in novel form titled The Last Words of Dutch Schultz in the early 1970s, while Robert Shea and Robert Anton Wilson connected Schultz’s words to a global Illuminati-related conspiracy, making them a major part of 1975’s The Illuminatus! Trilogy. (In Wilson’s and Shea’s story, Schultz’s ramblings are a coded message.) In his 1960 anthology Parodies,Dwight Macdonald presents Schultz’s last words as a parody of Gertrude Stein. In the novel Billy Bathgate, the protagonist used clues from Schultz’s deathbed ramblings to locate his hidden money.

I find the last line, about dog Biscuit, mesmerizing.

Other notables born on August 6 include:

Here’s Bonington on Everest in 1985, which he first summited when he was 51 (he’d led a successful expedition before that, but didn’t get to the top). He was part of a Norwegian expedition this time; I’m not sure who the other person is. 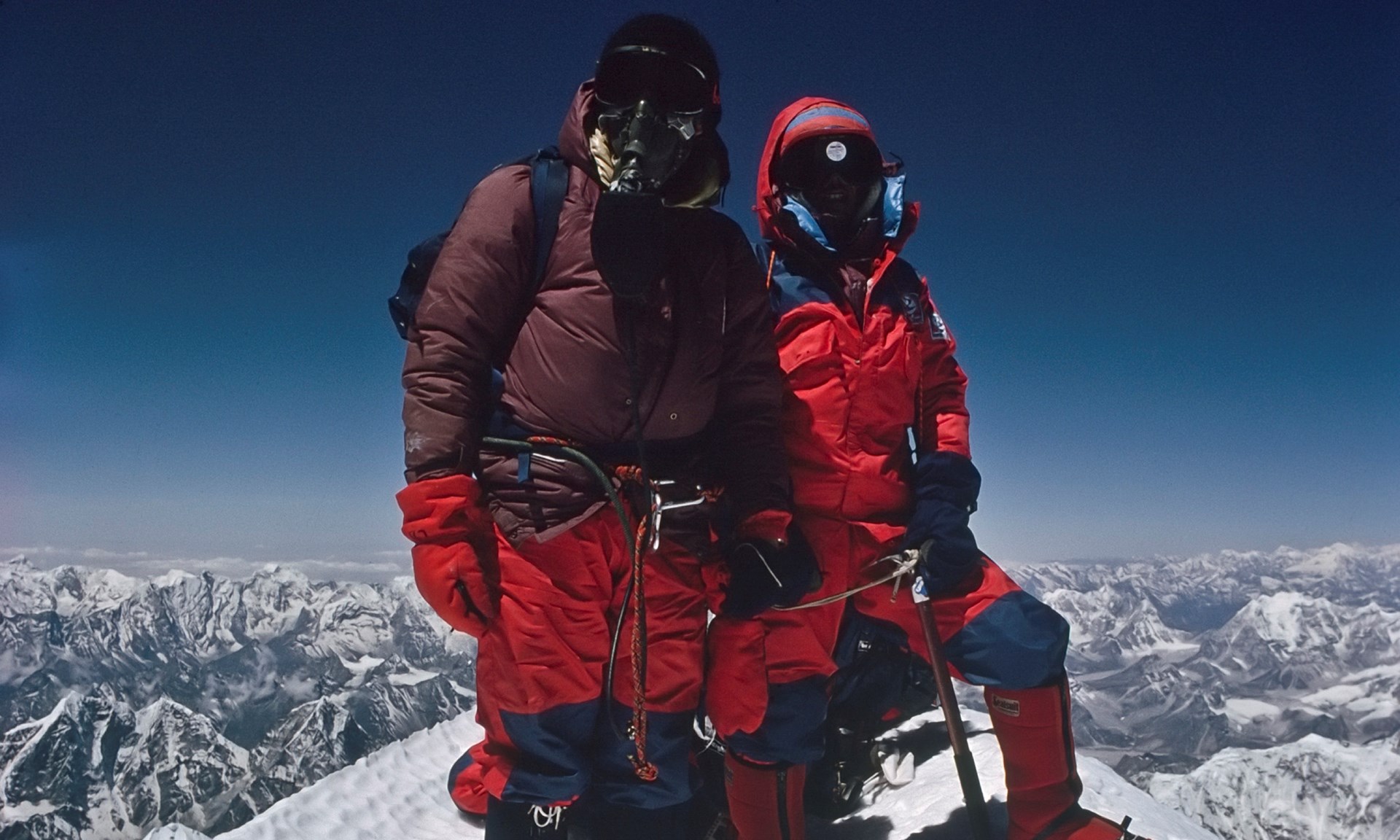 Here’s Beiderbecke’s most famous song, “Singing’ the Blues”, recorded on February 4, 1927, when he was just 24.  It begins with a C-melody saxophone solo by Frankie Trumbauer (it was Trumbauer’s orchestra), and then, at 1:03, Beiderbecke’s cornet solo begins. This ranks, along with Louis Armstrong’s “Potato Head Blues”—recorded the same year—as one of the seminal songs in improvisational jazz. (Armstrong’s famous solo begins at 1:50.) Sadly, Bix died at 28 of alcoholism and related ailments.

Meanwhile in Dobrzyn, Hili is keeping to herself: 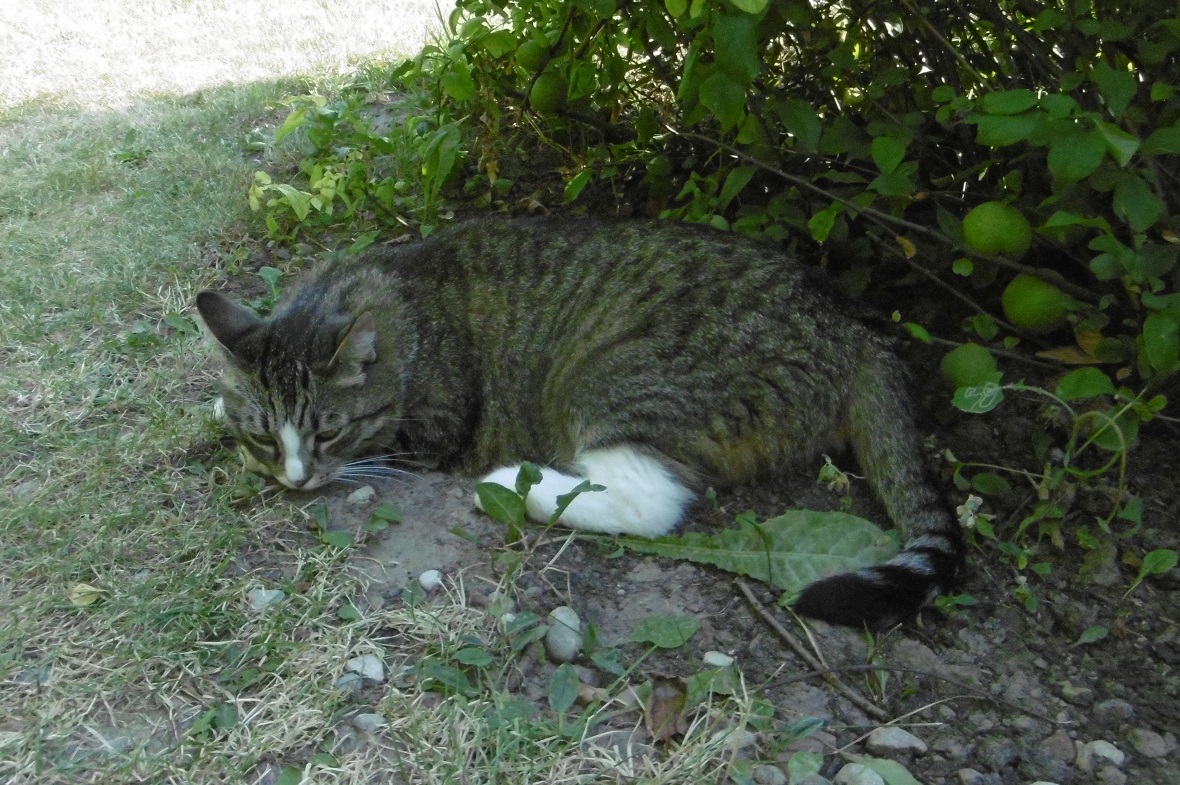 A contribution from reader Michael, who said “You’ll like this.” Indeed! 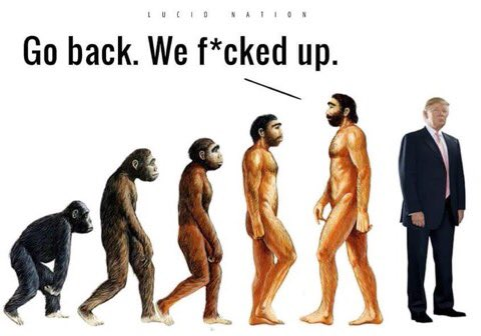 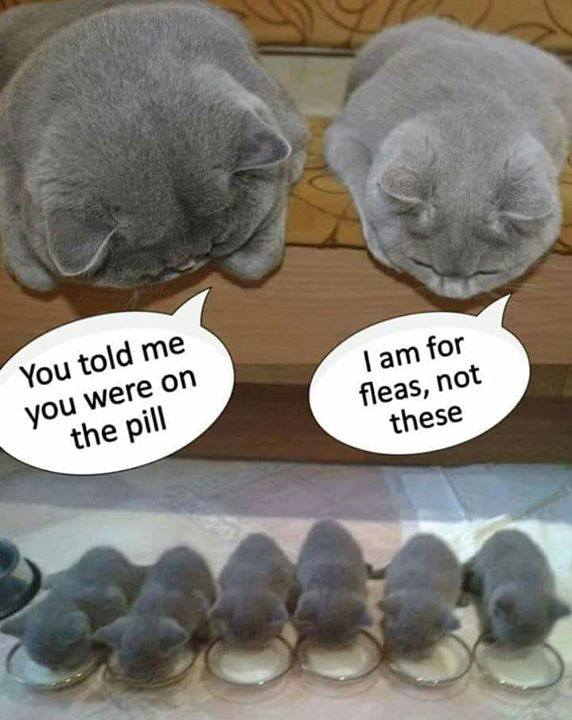 From reader Meriliee. Did you see what it was at first glance? 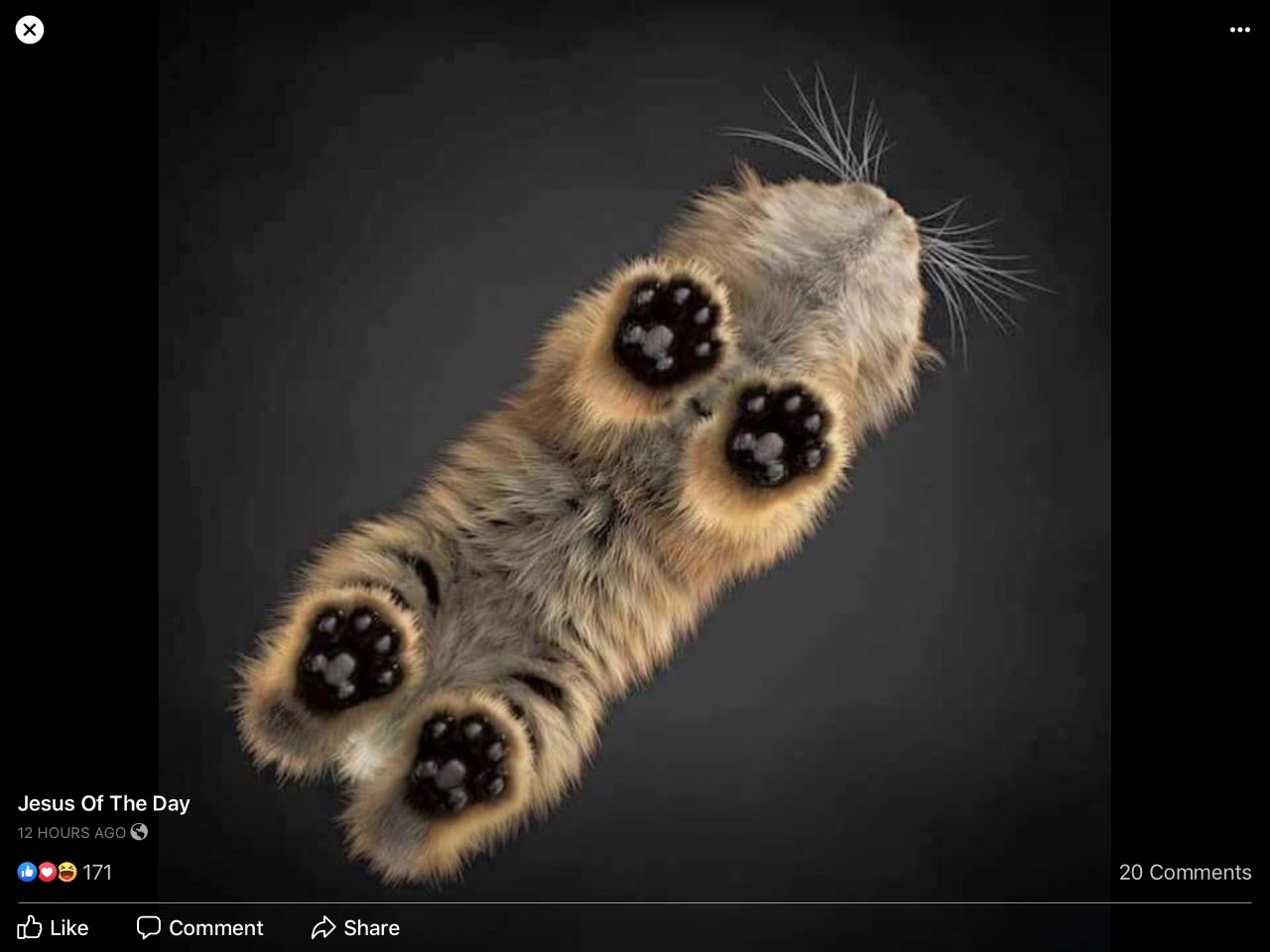 A tweet that Grania sent me on January 9 of this year:

i have never ever ever wanted a cat in my life

until i watched this pic.twitter.com/SzHSNYlLiO

And for the d*g lovers among us, a tweet of dog-and-owner reunions (from Ann German via Heather Hastie):

Today's political reset button is all these lovely reunions between lost dogs and their humans ❤️🐶 pic.twitter.com/NYNKBeQDtT

Matthew sent a bunch of tweets today, many about gun control (he’s angry!).

#DonaldTrump and crazy US gun lovers most of the world gets by perfectly well, you should give it a go. #GunsNeedPermits
Where You Don’t Need A Permit To Buy A Gun https://t.co/zgz4HHUCGC via @brilliantmaps

From the former Secretary of Labor who served three Presidents, including one Republican:

In Stockholm today an old man asked me “what has happened to your country? You pulled out of Paris climate accord, you let anyone have machine gun, your president spouts hate. The America of my youth won World War II and was a model to the rest of the world. What happened?”

And some palliative, also from Matthew:

Here’s a baby elephant playing in water.
Brought to you by someone who is greatly in need of a break from politics.
Sending healing love to all. https://t.co/jNK56Bd1D2

Yes, this is not a worm but a snake:

This TINY Brahminy blind snake (Indotyphlops braminus) was crawling across the floor! One of the smallest snakes on the planet, they are nearly blind, all female, and reproduce through parthenogenesis! pic.twitter.com/rnTxQbhvJB

Presumably you know what a stop codon is? Surely most people at Penn don’t!

Penn is so nerdy they use safety cones with stop codons on them? pic.twitter.com/ZJfjXWFONP