Reader Karl alerted me to the fact that the play “Cats” will become a semi-animated movie at the end of the year. (There’s now a Wikipedia article saying it will be released on December 20.) Among the people playing cats are James Corden, Judi Dench, Jason Derulo, Idris Elba, Jennifer Hudson, Ian McKellen, Taylor Swift, and Rebel Wilson. The movie, based on the play (which itself is based on T. S. Eliot’s wonderful Old Possum’s Book of Practical Cats),was directed by Thomas George Hooper, who also directed Les Misérables and the Oscar-winning The King’s Speech.

Karl says that the trailer looks amazing, but lots of others have beefed about it. The BBC, for instance, notes that “the trailer suggests that Cats will have uncanny-looking characters in a familiar-looking theatrical setting, and that’s perhaps the wrong way round.” Well, all people have seen is the trailer, so watch the 2½-minute teaser below and judge for yourself.

A new book is out: How to Tell your Cat About Trump.  You can’t really read much online but it’s free with Kindle Unlimited, and here’s the Amazon précis:

Are you upset about Trump? Do you have a cat? Then this book is for YOU.

Also for people who would have a cat but don’t because of apartment rules or allergies, and people who don’t like cats but dislike President Trump even more.

Contents: Introduction; Is Your Cat A Secret Trump Supporter?; My Bastard Cat Is A Fan Of Trump – What Now?; Signs You Have A Nice Liberal Cat; Reassure Your Cat That Donald Trump Is Not Going To Grab It; Emphasize That None Of This Is Your Cat’s Fault; My Cat Is A Persian – Should I be Worried?; What About Kitlers And Demonic Cats?

And here’s the cover: 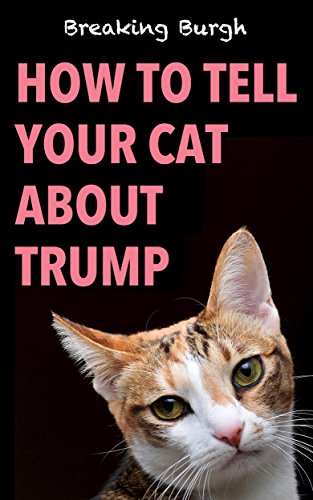 I suspect that cats don’t give a rat’s patootie about Trump. All they care about is that they get plenty of food, a warm place to sleep, and a clean litter box. Why should they care who’s in charge of the country?

Finally, the BBC reports that two Scottish wildcat kittens were born to a mother named Glynis at the Aigas Field Centre near Beauly in the Highlands. You can see a video  as well as some pictures of these adorable cats by clicking on the headline:

Here are the wildkittens, a few weeks old (both photos by Ben Jones) 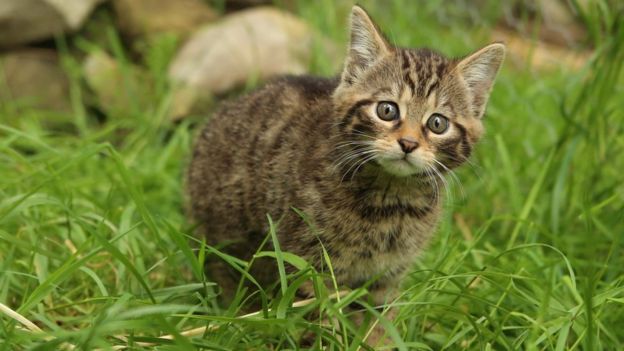 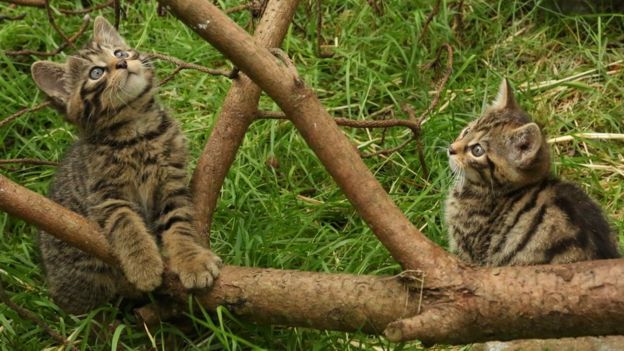 Now while it’s clear that European wildcats (F. silvestris) were present in Britain before humans, it’s not clear to me whether what is known as the “Scottish wildcat” really comprises the descendants of those silvestris ancestors or merely descends from a bunch of feral tabbies—or is a genetic mixture of wildcats that have hybridized with human-raised cats. I can’t be arsed to research this in detail, but while the Wikipedia description below implies that there is a real population, the BBC article describes the species as “functionally extinct” in the wild. I’m betting that DNA analysis could settle the issue, but I’m not sure because domestic cats in Scotland may be genetically similar to the European wildcat if they were derived from them. Perhaps a reader can enlighten us

At any rate, here’s what Wikipedia says about the Scottish wildcat:

Scottish wildcat (Felis silvestris silvestris syn. Felis silvestris grampia) is a European wildcat population in Scotland. This population is estimated to comprise between 1,000 and 4,000 individuals, of which about 400 cats are thought to meet the morphological and genetic criteria of a wildcat. The Scottish wildcat population used to be widely distributed across Britain, but has declined drastically since the turn of the 20th century due to habitat loss and persecution. It is now limited to north and east Scotland.  It is listed as Endangered in the United Kingdom and is primarily threatened by hybridization with domestic cats. Camera-trapping surveys carried out in the Scottish Highlands between 2010 and 2013 revealed that wildcats live foremost in mixed woodland, whereas feral and domestic cats were photographed mostly in grasslands.

Wildcat Haven, which appears to be the epicenter of Scottish wildcat information, basically assumes that free-living silvestris wildcats still exist, and are the lineal descendants of the pre-human cats. They use as evidence various morphological differences between wildcats and domestic cats (size, jaw configuration, etc.), but this could reflect only the evolution of a population of feral cats that has been around for a long time.  Again, if you know of convincing evidence that the “free-living” population of Scottish wildcats really are European wildcats uncontaminated with genes from domestic cats, let me know.

Lagniappe: The two sisters, Alcestis Jerry and Octavia Sadie, adopted recently by readers Laurie and Gethyn. Their adoption was made possible by the Official Website Charity™, Feline Friends London: 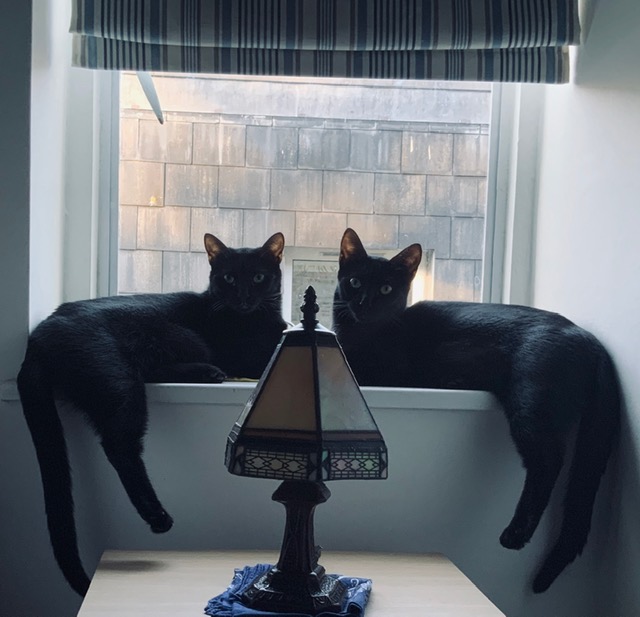 19 thoughts on “Caturday felid trifecta: “Cats”: the movie; how to tell your cat about Trump; Scottish wildkittens (and lagniappe)”