I’ve been listening to some of the Mueller hearings, but with half an ear as I’m working. What I hear is the Democrats trying to build a case for impeachment, and the Republicans trying to completely exculpate Trump. To my mind, both are wrong, though this political show was expected. My view is that Trump did indeed commit impeachable offenses, so those who defend him are on the wrong side of history and morality, but that given the current constitution of the Congress and the electorate, as well as the impending Presidential election in which it’s vitally important for us to elect a Democratic President and Senate, these investigations are a waste of time, energy, and money. Republicans who side with Trump may be solidifying their base, but they’re defending the indefensible.

Further, the American electorate—and that includes Democrats—don’t want impeachment proceedings, at least according to the NBC News poll at the screenshot below: 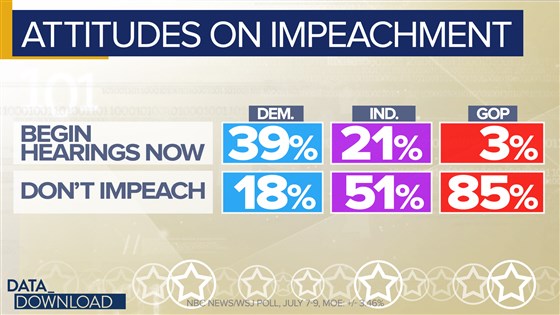 Even a sizable majority of Democrats don’t favor either impeachment hearings or impeachment (remember, impeachment is the formal beginning of charges and a trial; it is not the removal of the President).  If you look at supporters of various candidates, though, you get the expected results: 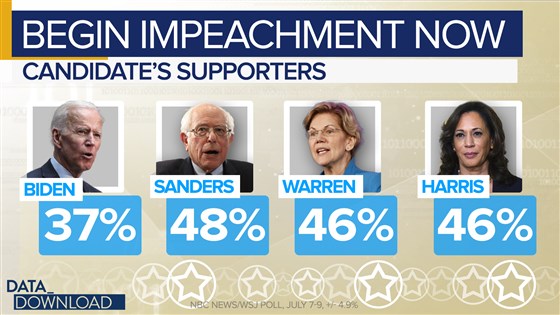 Biden, of course, is the most centrist of these four.

In my view, impeachment is a dead issue, and for the Democrats in Congress to belabor it is a dangerous tactic, for although the House brings the charges, the trial itself would take place in a Republican Senate, which would never convict Trump. A House impeachment, then, is just a show of what the Democrats think of Trump. But we already know what they think of Trump, and their efforts to bring him down this way will fail.

The way to bring down Trump is at the ballot box in the fall of next year. The Democrats need to start proposing sensible platforms and policies—even if they don’t become law—and that has to include policies about immigration, medical care, global warming, and so on. Here are the results of a Gallup poll last October on what voters care about: 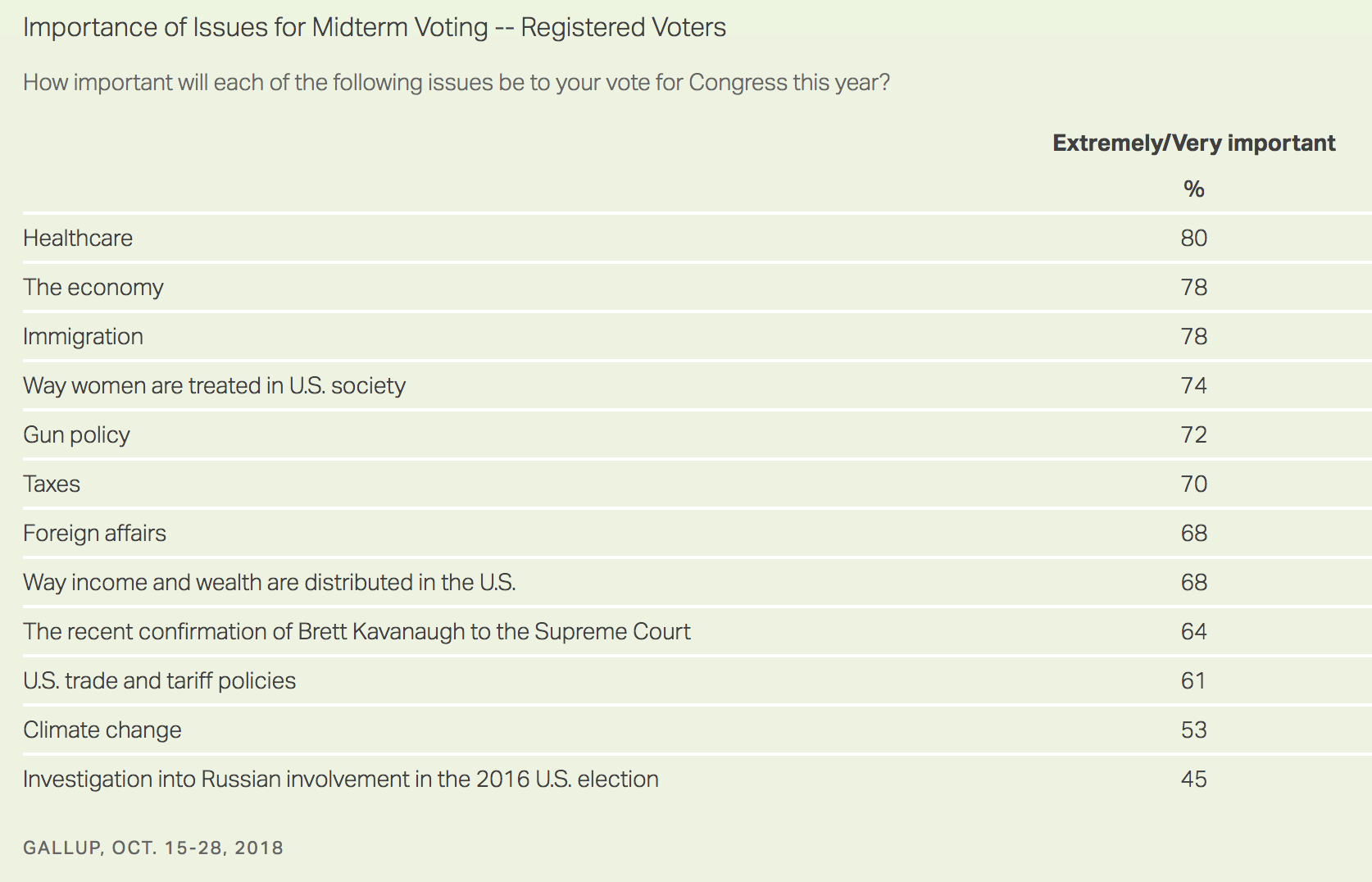 Note where the Russia issue lay last fall, and I suspect it’s a lot lower now. Healthcare, the economy, and immigration all polled above 75%, with guns, taxes, and the treatment of women falling close behind.  I doubt that today’s hearings will change the relative rankings.