If you want to get up to speed on the abortion debates (and antiabortion laws) currently roiling the U.S., you’ll find everything you need to know on this post. Heather concentrates on how Trump and the Republican party are dismantling women’s access to abortion, a trend that both she and I strongly decry.

I’ll give just one excerpt. Really, this post is must reading for all Americans and those who don’t know how a Constitutional right is being insidiously eroded in the U.S.:

The Myth of “Pro-Life”

Those who oppose abortion say they are doing so to save the lives of all the babies who would have been born if there was no abortion. This is absolute codswallop. The stupidity of it perhaps makes me even angrier than the attack on women’s rights, That’s because of what the truth really is.

Making abortion illegal does NOT mean no more abortions. What it means is:

1.Women being forced by desperation into breaking the law.

2. Women DYING from what is a simple medical procedure when carried out by a properly trained medical professional.

4. More women being trapped in poverty.

5. More children suffering because their parent/parents have more children than they can look after financially, physically, emotionally, or mentally.

6. People, especially women, being trapped in unfulfilling (or even abusive) relationships because couples stay together, “for the sake of the child/ren.”

7. Places like Planned Parenthood forced to close. That means a lack of information about, and access to, contraception as well as other healthcare needs. It also means women who don’t have an abortion, which is most of their clients, lose access to healthcare.

But most of all, the evidence is that making abortion illegal does NOT reduce the number of abortions. The US’s Guttmacher Institute produced a comprehensive study: Abortion Worldwide 2017 (pdf here). It states:

Yes, you read that correctly. There are more abortions where it is illegal or heavily restricted than where it’s freely available.

And a tee-shirt she shows: 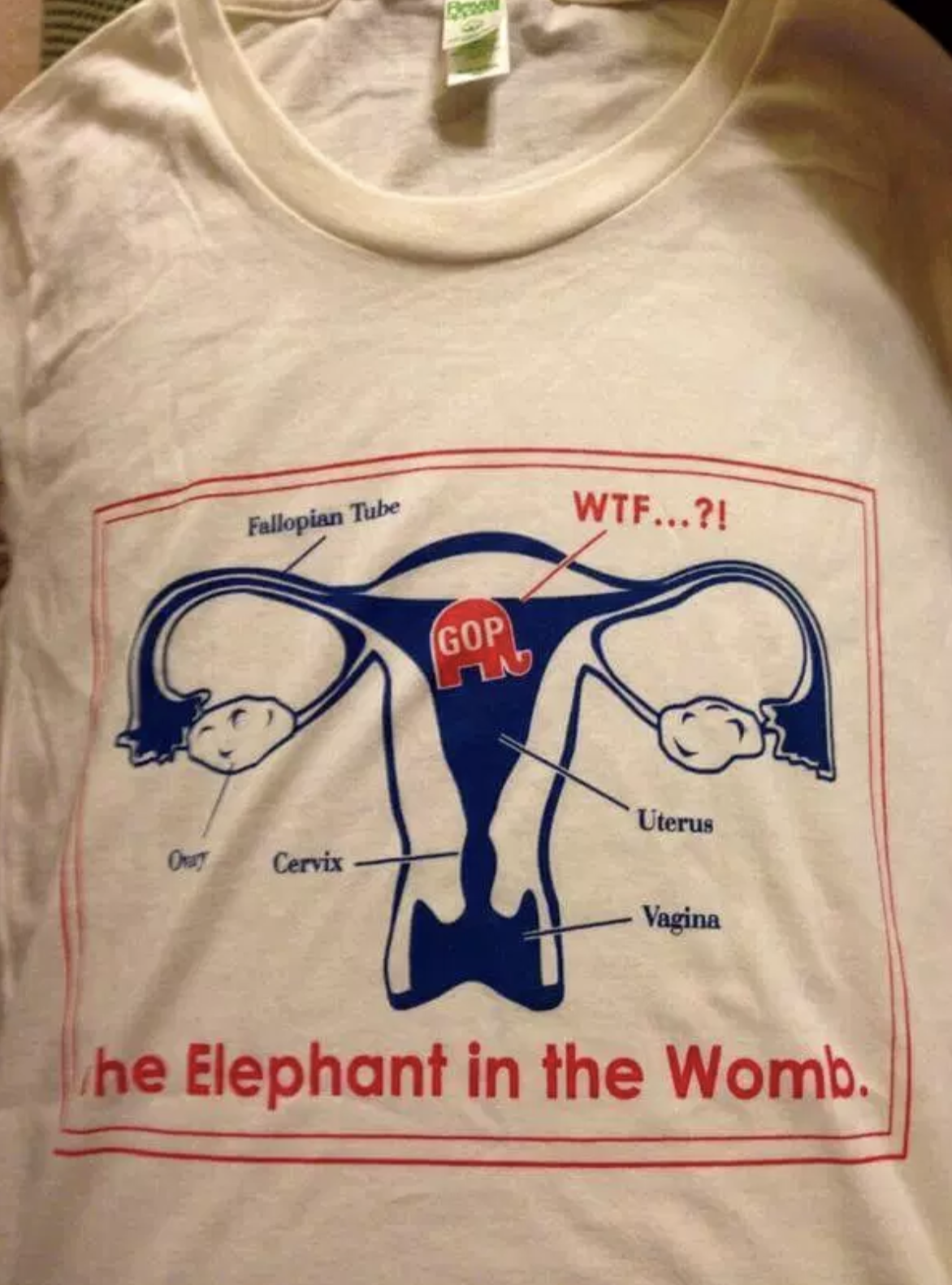 76 thoughts on “Heather Hastie on abortion”