As I mentioned in this morning’s Hili dialogue, we have another newly-hatched brood of ducklings who entered the pond today. I am not in Chicago, so I have no idea about whether it’s Honey, but we’ll all do our best to help the mothers raise 27 babies!

We have a report on the ducklings by our Secret Duck Farmer (SDF), who spent a lot of time at the pond on Sunday (June 22, when the photos and videos were taken), and offered some new noms to the broods. SDF’s words are indented:

I spent a good bit of time at the pond this afternoon.  There were no zoomies.  Perhaps everyone got the zoomies out of their systems in the morning before I got there.  Or perhaps they are Jewish ducklings and they don’t do zoomies during the Sabbath or perhaps they just weren’t in the mood.  All is well, there are still 18 ducklings, all of whom are growing by the day.  They get along reasonably well. 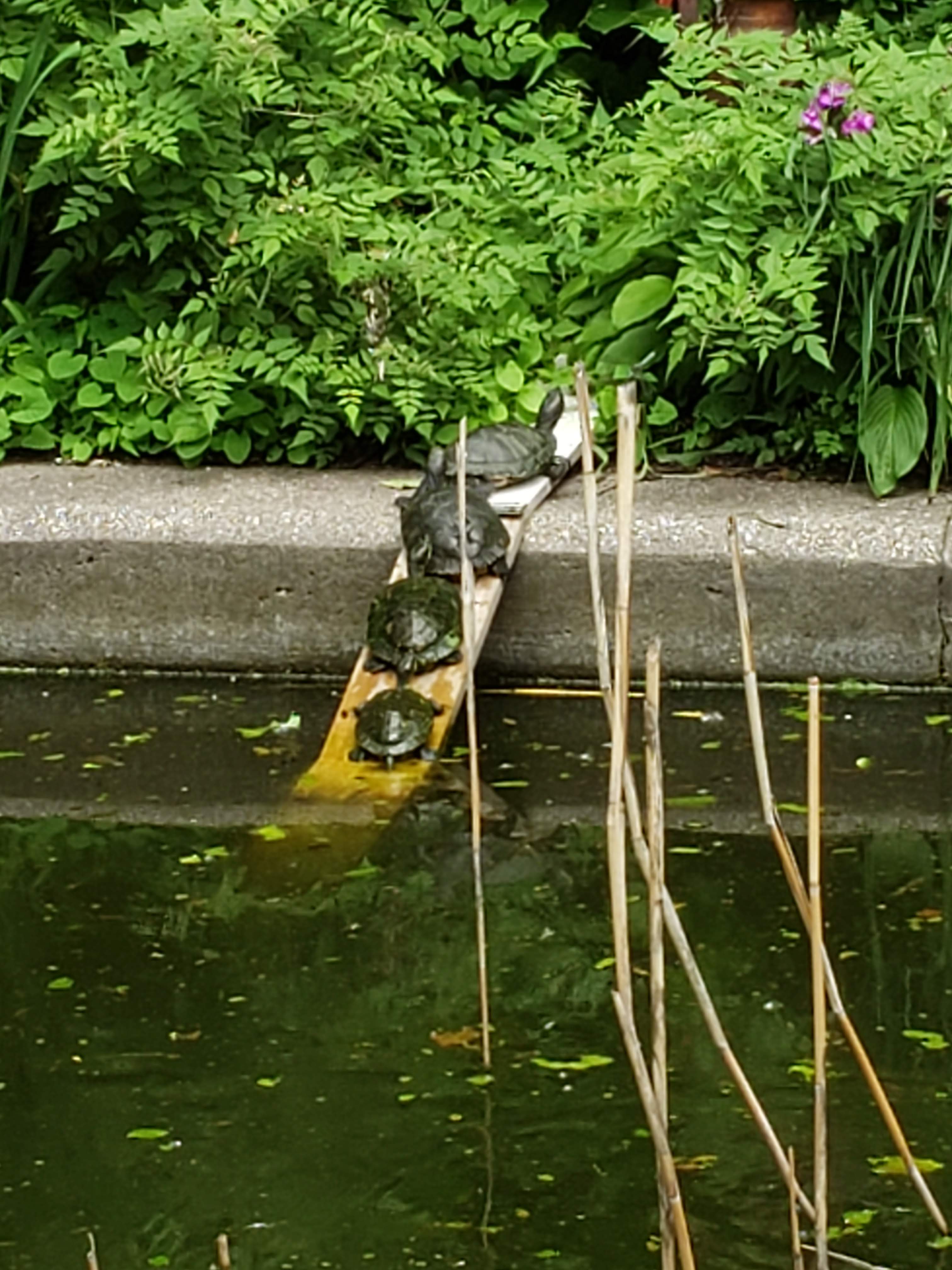 Anna’s babies are doing a bit more adventuring than I’ve seen before.  The turtle were also out enjoying the nice day and lined up in size order on the duck ramp.  There is quite a bit of algae on the surface of the pond and you can actually see a green line of algae on Anna when she came ashore on the beach. 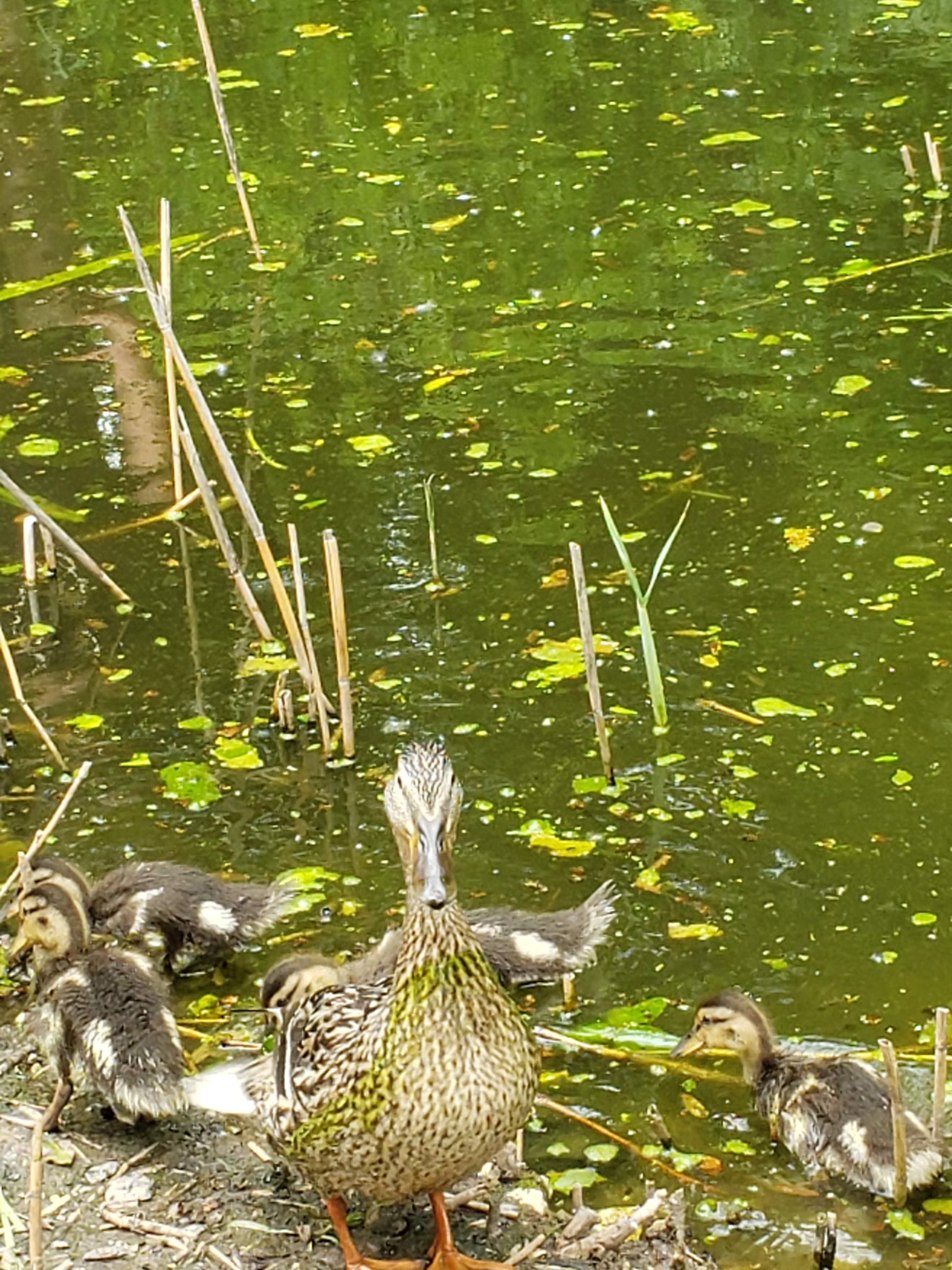 Here is Anna’s brood disporting themselves in the pond.

Here’s a video of Katie’s babies with wing flapping and general merriment.  Katie is in the foreground in one of the rings and also flaps here wings for a comparison.

So I know you said the ducks don’t like lettuce but I’ve read a lot that they ducks do and since Katie’s ducklings seemed to be so fond of the leaves the other day I gave it a try.  I’d read that people sometime float such things in their water bowl.  Since the entire pond is their water bowl, I ripped some romaine and floated it out into the pond in a few places.  And once Katie’s brood discovered it, they did seem to enjoy it and it was great fun to watch them eat it.  I’ve attached some video of them doing just that. 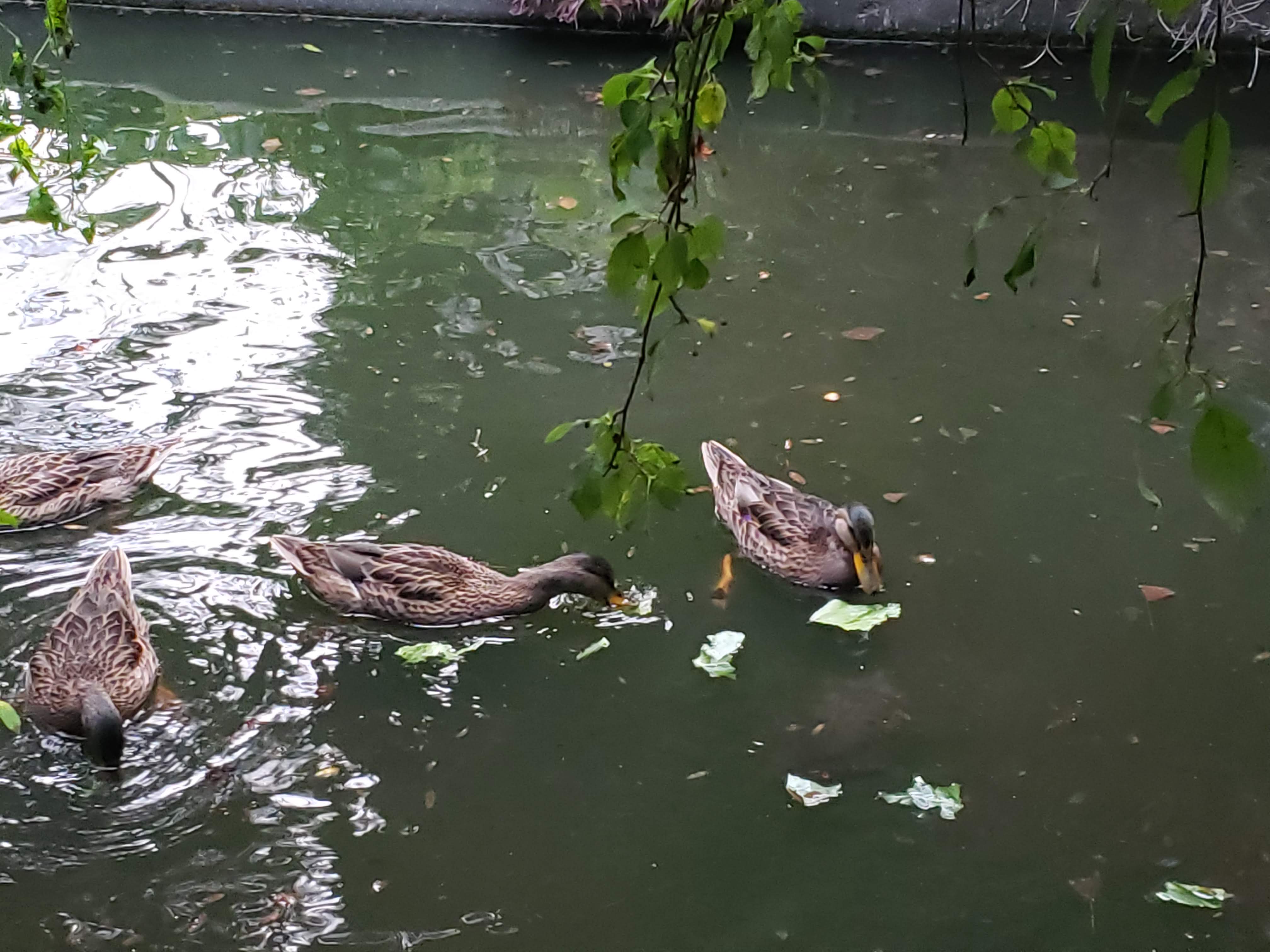 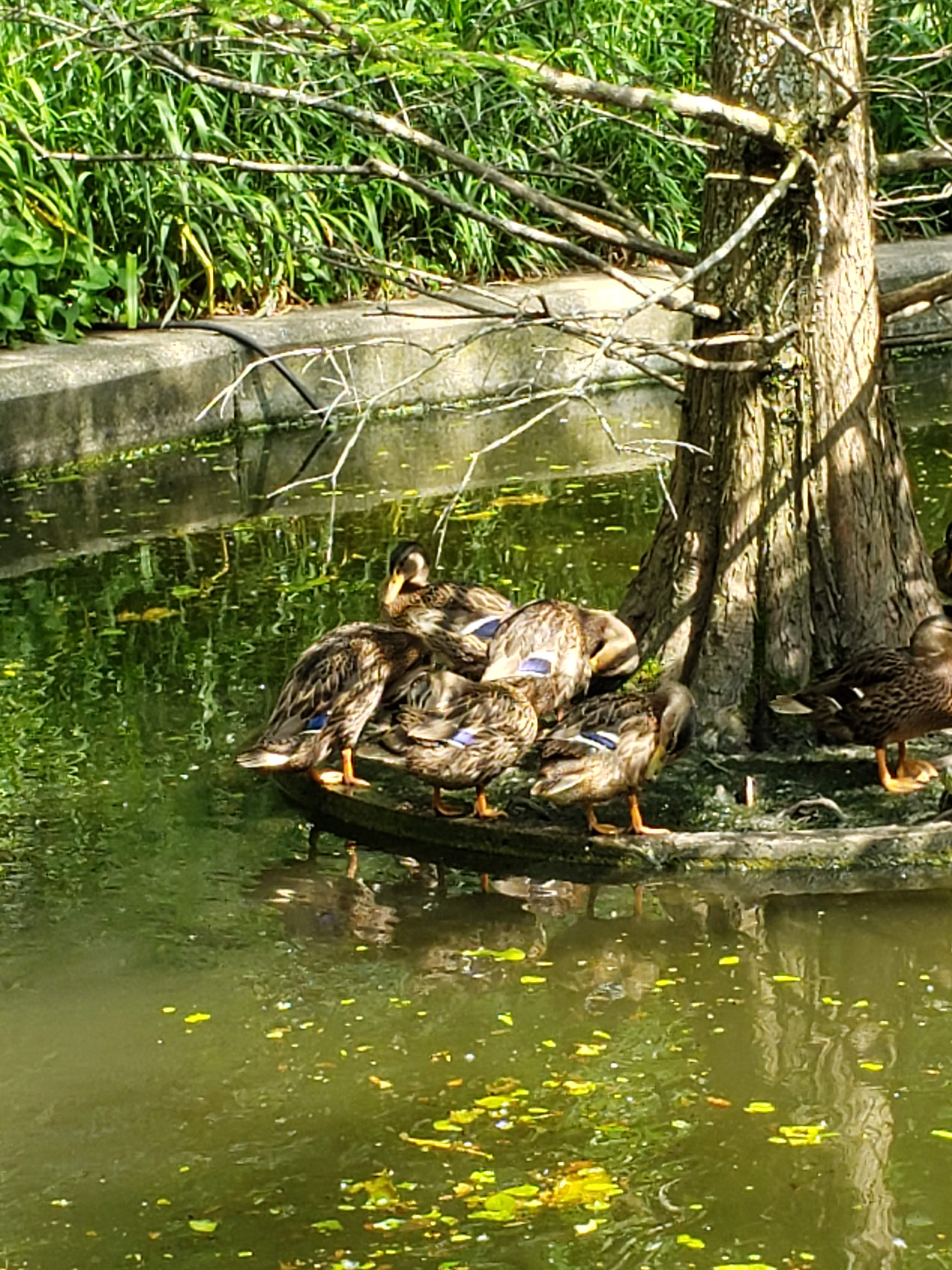 Anna’s ducklings adventuring. They crossed the bridge and foraged quite a bit, eventually walking all the way around the pond and ending near the duck ramp.

Part 2 of The Great Circumambulation:

One last set of videos.  I also decided to give grapes a try.  I cut them into pieces about the size of a kernel of corn and you can see that Katie seemed to enjoy them.  As did Anna’s ducklings.  It was fun trying some different foods and seeing them react.  As we know these are well fed ducks who are quite spoiled but deserving of everything they get.

More grape-eating, this time by Anna’s young brood. They love them!