Good morning from Hawaii on June 23: the first Sunday of summer. (It’s 4:30 am as I write this.) Enjoy today, as it’s Ceiling Cat’s day, which means a day of napping, eating, and playing. And we’re back at National Pecan Sandy Day, honoring a dry and unexceptional cookie. It’s also St. John’s Eve, which starts at sunset tonight.

Today would have been Grania’s 50th birthday; I got a message to that effect on Facebook, except that it said that I should “wish her the best”:

Social media hasn’t caught up with her death, and it was sad to see that. I wonder what happens to people’s social media after they die. Does it remain forever unless someone has it taken down?

She will be cremated tomorrow, her ashes returned to South Africa with her sisters, and there will be a memorial service—non-religious, of course—later this week. They are going to read some of the comments by readers on her memorial thread (here), so if you wish anything to be considered for reading, and haven’t yet posted a comment, please do so.

For those who wanted to know what killed her at such a young age, it is still a mystery, as the autopsy revealed no obvious causes. They are waiting on a “toxicology screen,” which will take some time, and I’m not sure what that will turn up as she didn’t take drugs and drank only in moderation. I miss her like crazy

Here’s what happened on this day in history:

Here are some highlights of Wallenda’s walk; he was on the rope for nearly 23 minutes!

Not many notables died on June 23; those who “fell asleep” include:

Meanwhile in Dobrzyn, Hili stayed out all night, and Andrzej found her sleeping on the wicker shelf on the veranda.

Hili: Why are you taking pictures standing on a ladder?
A: I’m taking the opportunity while changing the bulb. 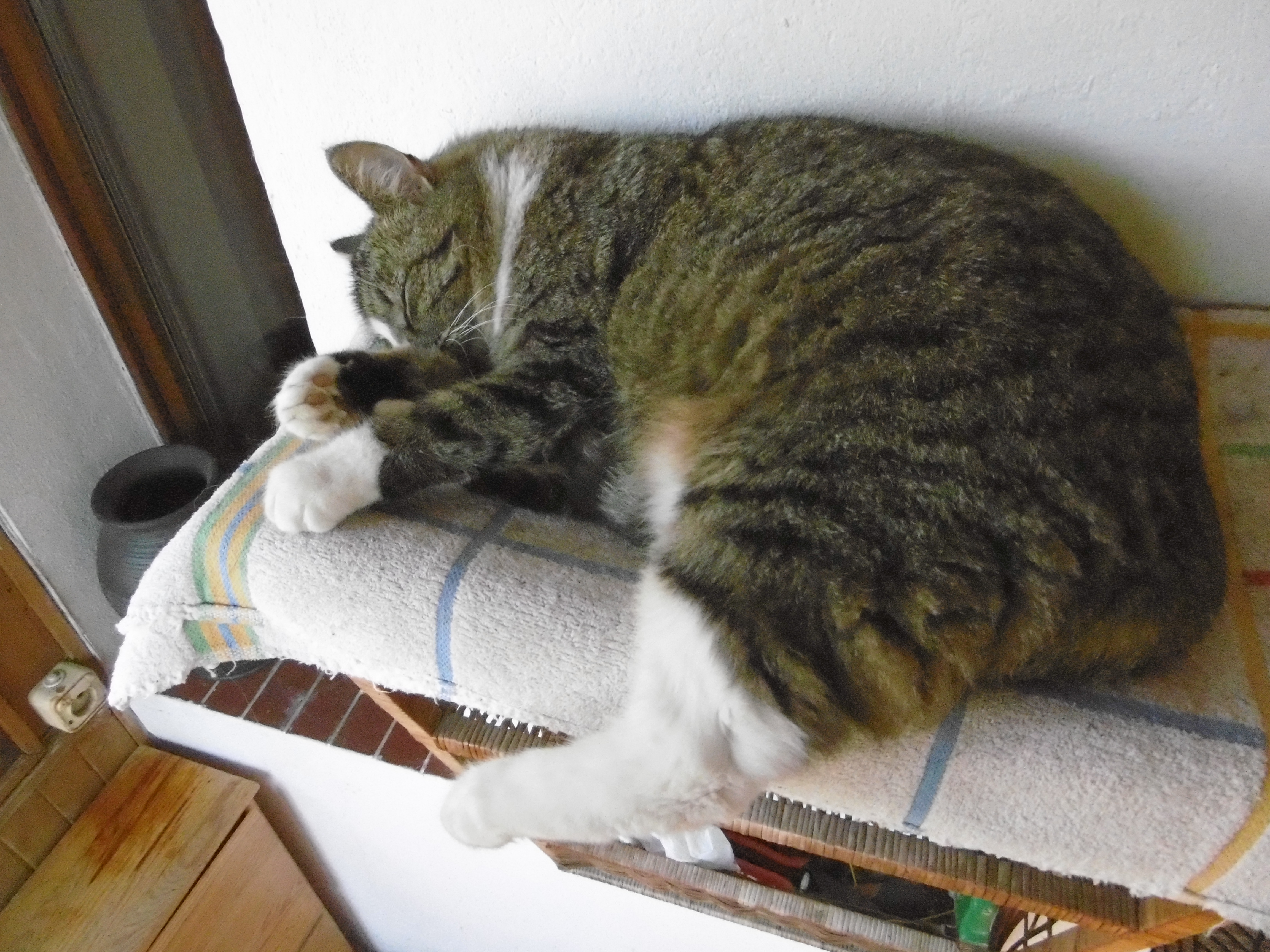 From Facebook, with the caption: “This is why my internet’s so darn slow. Everybody’s online.” 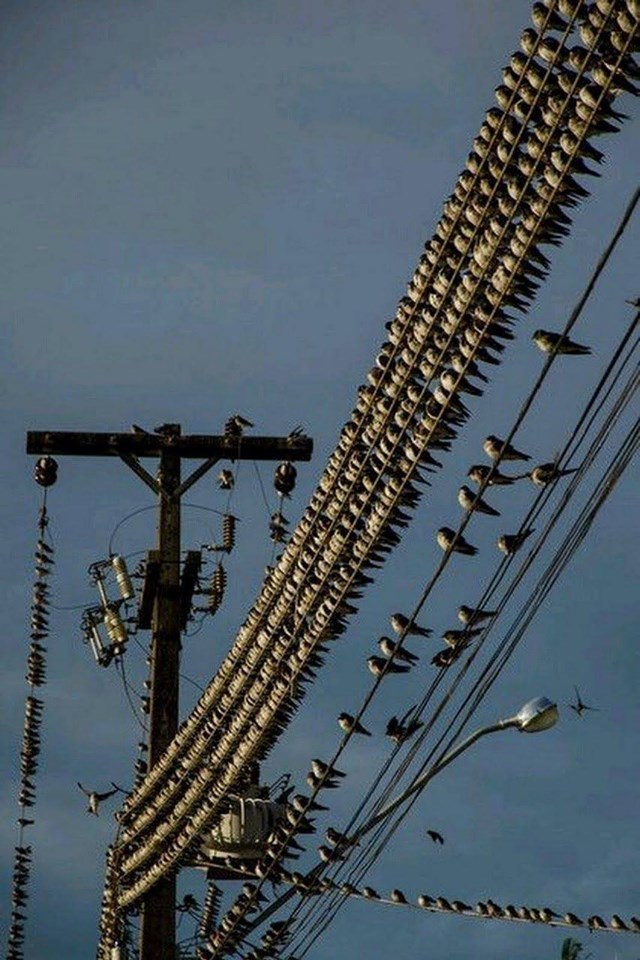 A tweet from reader Barry. I’m not sure why this snail is supposed to be Trump advisor Stephen Miller; you tell me. (Is it the slime?)

Three tweets from Heather Hastie. I may have posted this one before, but this time I have a title: “WHO’S a bad boy?”

This kakapo has good taste in fashion, biting what is perhaps the ugliest shoe ever made:

Tiwhiri-2-A-19 is one of the hand-reared #kākāpō chicks due to be released tomorrow on Whenua Hou. He's bold, curious, and not at all keen on crocs and gumboots…. #kakapo2019 #conservation #parrots Pic: Jinty MacTavish pic.twitter.com/IEgP7chAcA

Three of the Lost Tweets from Grania (I have about a week’s worth remaining). Here’s an eye-licking gecko:

And three tweets from Dr. Cobb. I agree with Matthew on this one, as must all rational people. If you’re not immunocompromised, or have some medical condition that precludes you from getting vaccinated, it’s immoral—and should be illegal—to not get vaccinated. And no religious exemptions!

This young man, future filled with promise, died entirely unnecessarily, from a disease that vaccination can eradicate.

Anti-vaxxers are spreading misinformation that is – quite literally – deadly.

What a tragic waste of life 😔https://t.co/VOrDOPuom1

Matthew says this looks like a Batesian mimic of a sweat bee. And it may well bee one given its appearance and behavior:

Yesterday I found another rove beetles around @SeptimoParaisoM . This time it was on it's own. As soon as I approached it went into this defence position and moved what looked like a sting to the front. The it would dive for leaf cover not !he easiest insect to photo! pic.twitter.com/7aEDhal1JF

For comparison, here’s a sweat bee from WebMD (you might look at the link): 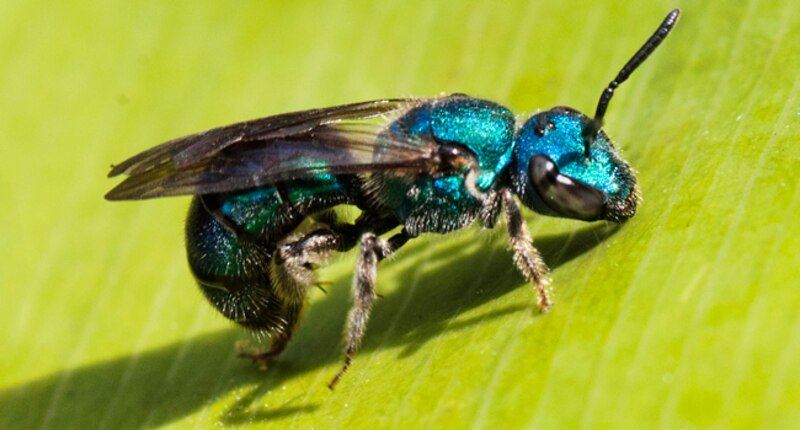 What a graceful kitty!