We’ve reached the end of another work week, and arrived at the first day of summer in the northern hemisphere—the summer solstice and the longest day of the year. Google celebrates it with a Doodle (click on screenshot):

Appropriately, it’s National Peaches and Cream Day, as well as all these holidays:

And, as for this day in history,

How did the “last casualties in WWI take place after the war was over? Wikipedia explains:

The scuttling of the German fleet took place at the Royal Navy’s base at Scapa Flow, in Scotland, after the First World War. The High Seas Fleet was interned there under the terms of the Armistice whilst negotiations took place over the fate of the ships. Fearing that all of the ships would be seized and divided amongst the allied powers Admiral Ludwig von Reuterdecided to scuttle the fleet.

The scuttling was carried out on 21 June 1919. Intervening British guard ships were able to beach a number of the ships, but 52 of the 74 interned vessels sank. Many of the wrecks were salvaged over the next two decades and were towed away for scrapping. Those that remain are popular diving sites.

But wait! There’s a lot more:

This may change with the new Court; stay tuned. And speaking of the Chaney, Goodman and Schwerner murders, there was finally a conviction exactly 41 years later:

Remember Rebecca Black, who released the worst pop music song of all time in 2011: “Friday“? It’s now up to 132 million YouTube views. Black, to be sure, didn’t write the song; her mother paid $4000 to have a company write the song for her and produce a music video.

The song has received almost universally negative reviews from music critics, for its songwriting, instrumentation, Black’s vocals, and the video choreography. Lyndsey Parker of Yahoo! Music asked if it could be “the worst song ever”. On March 29, 2011, it surpassed Justin Bieber’s “Baby” as the most disliked YouTube video, with 1.17 million dislikes,  and once had over 3 million “dislikes”, accounting for 88% of the total ratings of the video. [JAC: it now has 3.5 million dislikes]

Rebeca Black, somehow heartened by the reaction to “Friday”, tried to pursue a music career, moving to Los Angeles and abjuring college, but, as you might imagine, her dreams turned to dust.

I still think “I’ve never been to me” by Charlene, released in 1977, gives “Friday” a run for its money as the Worst Pop Song of All Time (listen to it here if you can bear it). I’ll never forget the first time I heard it: driving to Death Valley to do field work on fly migration. I had to pull the car over so I could listen to every irritating word.

Those who died on June 21 include

Meanwhile in Dobrzyn, Hili is sleeping upstairs. She’s still traumatized by the death of her beloved d*g friend Cyrus, and Malgorzata adds this:

Hili is upstairs. She still refuses to come into the room she shared with Cyrus. She is either out or upstairs. When Andrzej goes upstairs and brings her down she allows us to pet her for a few moments and escapes again.

How sad! The dialogue:

A: What are you doing here?
Hili: I’m resting after my nocturnal peregrinations. 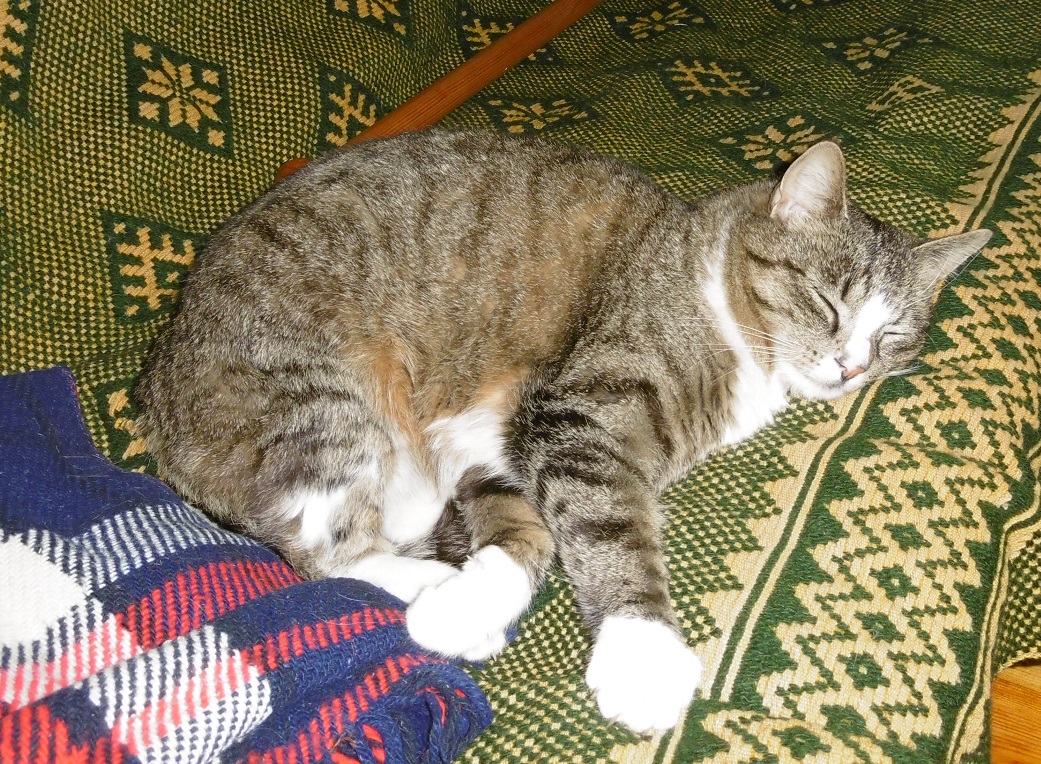 Here’s a meme from The Poke via Nilou. I bet you hadn’t noticed that Matt Damon looks like an otter. At The Poke, they pay people to find out this stuff! In fact, the photos below are collated from a Tumblr site called “Otters that look like Matt Damon“, where there are plenty more.

A tweet from reader Barry. Not much learning going on here, I think!

The pain is clearly worth it here:

Another kakapo chick reared successfully. Heather notes, “Tiwihiri is his name, and 1-A-19 his ID#. Pronunciation: tea-wee-hi (as in hit)-ree (as in read).”

A landmark on Whenua Hou today: Tiwihiri-1-A-19 had his last hand-fed meal, so now all 8 of the original hand-reared #kakapo chicks there have been weaned. We don't believe these are affected by aspergillosis. #kakapo2019 #conservation Pic: Jinty MacTavish pic.twitter.com/LW1LuPKVIG

Tweets from Matthew. If you took genetics you’ll remember the Punnett Square. Punnett’s birthday was yesterday:

#OnThisDay in 1875 Reginald C Punnett was born. He was an English geneticist who, with the English biologist William Bateson, were among the first English Mendelian geneticists. Punnett devised the Punnett square to depict the number and variety of genetic combinations. pic.twitter.com/0Dus3It18h

This is almost certainly a gynandromorph beetle, male on the left and female on the right. This is probably caused by an X chromosome loss at the two-cell stage, as I described in a post about a similar gynandromorph two years ago.

Twitter translation: “Japan Miyazaki Today, I collected the male and female rotating (part) of Miyama Stag. I have been collecting it for a long time, but it was the first in outdoor goods. It is 47mm in length to the far left of the chin.”

I like “porket” or “gruntling”. (In French it would be porquette.)

Just back from another great hike in the cloud forest behind @SeptimoParaisoM. Found these two metallic blue rove beetles battling it out! Wasn’t going to get too close! pic.twitter.com/wifiQP5Jzb