Good morning on Thursday, June 20, 2019. Tomorrow is the summer solstice, the longest day of the year. And then the days of our lives grow shorter. . .

It’s National Vanilla Milkshake Day, and, as far as I know, I’ve never had one; why would one want such a bland concoction? And it’s World Refugee Day.

Today’s Google Doodle (click on screenshot below) is another one highlighting the Women’s World Cup in soccer, and cycles through a number of soccer-related cartoons.

If you click on the Doodle on the Google page, you’ll be sent to the page with the match updates and standings: here are yesterday’s and today’s (the U.S./Sweden match will be on soon as the times shown are “Aleutian standard time”, which I guess is the local time in Hawaii). 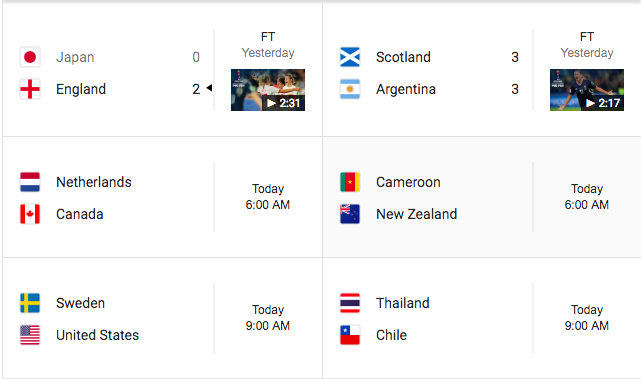 Everyone who’s weighed in seems to favor Grania’s “bullet-point” list of days in history and births/deaths of notables. I will thus continue it indefinitely in her honor unless more people weigh in below in favor of the old format.

At that time the Seal had the national motto, “E Pluribus Unum” (“Out of many, one”). That motto is now sadly, “In God We Trust“, established only in 1956 during a cold-war bill signed by President Eisenhower. 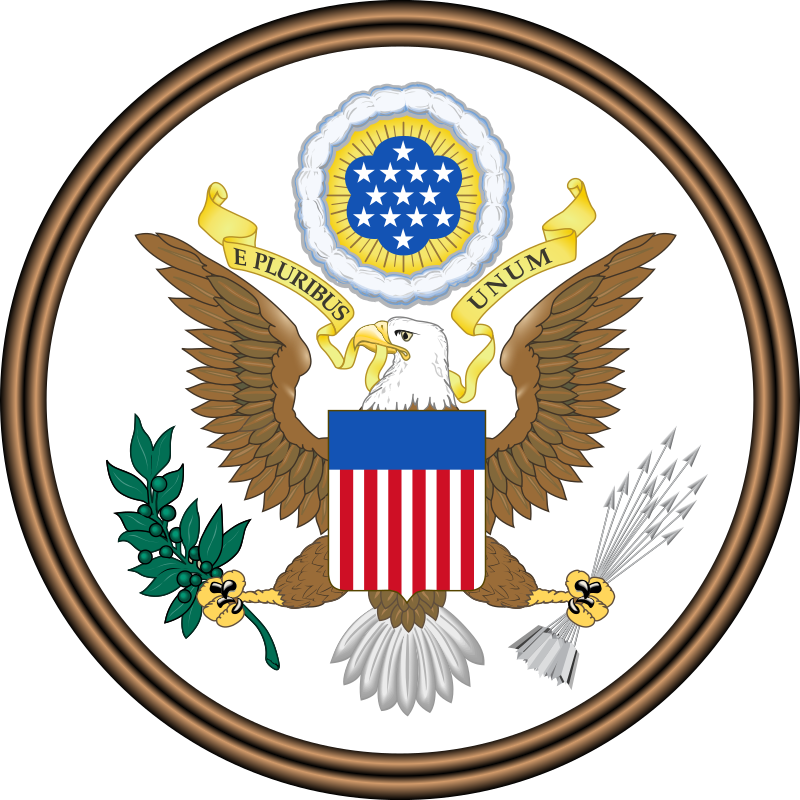 My father was in the Army Air Corps, but then, because his vision wasn’t 20/20, became a member of the regular Army when the Air Force was created.

This is a bit ironic given that von Braun helped develop the V-2 rocket, designed to be used as a Nazi weapon against the Allies in World War II. But the facilities and rockets were captured before use, and many German scientists, having expertise in missile technology, were transferred to U.S. missile programs.

It’s not clear whether the common expression “In like Flynn” refers to the actor’s well-known predilection for sexual activity.

Those who died on June 20 include

Meanwhile in Dobrzyn, Hili is about to attack:

A: I don’t know whether God is mathematics, but the concentration before a jump surely is.
Hili: Don’t disturb me. 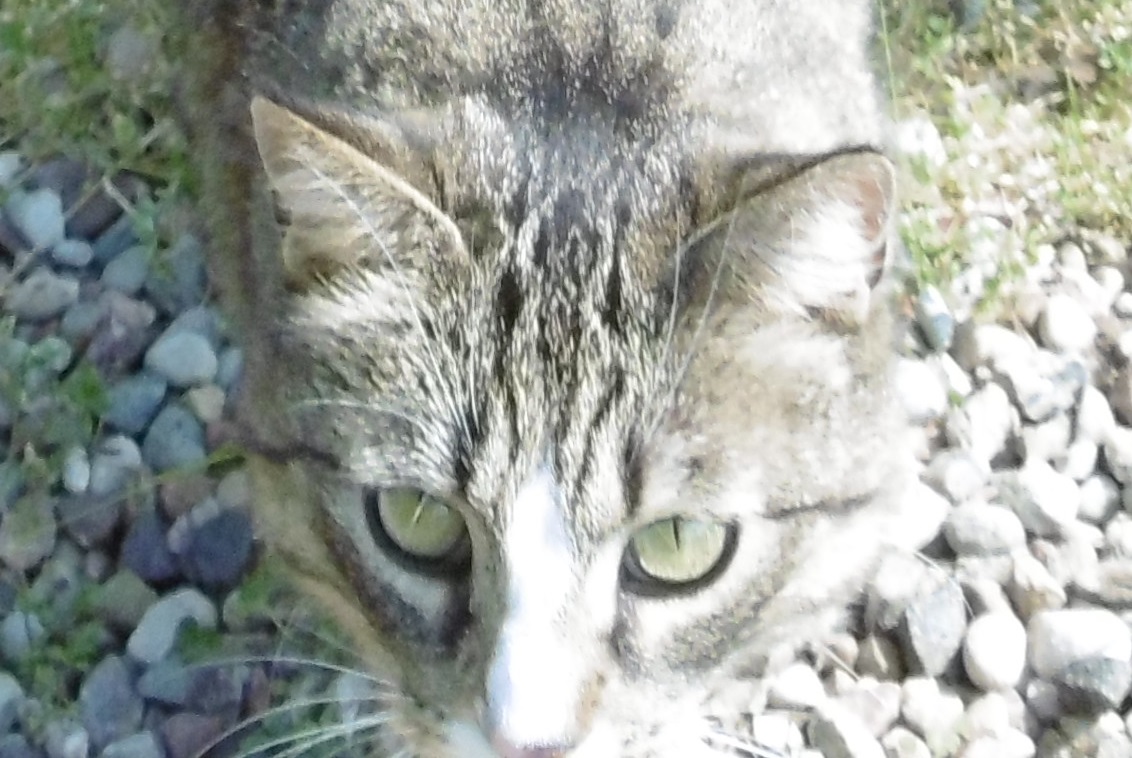 Speaking of cats, here’s a felid meme from Facebook: 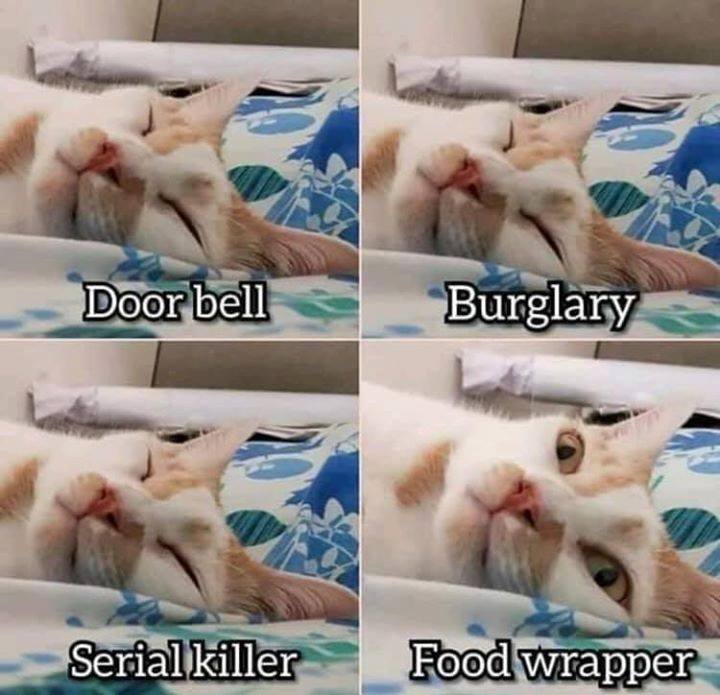 A tweet from reader Barry (sound on): “I can’t work. I’ve got four bed rats!”

This parrot is on one 🦜😂

From Nilou: who knew that otters were this brave (or foolish)?

This family of otters will not be intimidated—not even by a crocodile pic.twitter.com/3pH8GWMEul

Some tweets from Heather Hastie. It’s been a bumper year for kakapos in New Zealand, and here’s a healthy chick, or rather a healthy teenager:

Play this for your friends without letting them see it and ask them what kind of animal it is. One person I asked said, “A goat.”

Just to show that all cats are the same inside: a snow leopard attacking a pumpkin (via Ann German):

Today's political reset button is this snow leopard playing with a pumpkin and proving all cats — no matter how big — are exactly the same. 😻 pic.twitter.com/oNGyp7SuCK

Tweets from Matthew. The first is one of his beloved illusions:

That's amazing. Here is the picture with the color bars made gray where they cross "on top of" the balls, just to show the underlying ball color. pic.twitter.com/clxEDBHMGs

I may have posted this before, but if I did, learning is best achieved through repetition.

A study published this week in the journal Science sequenced the almond genome and shows that a single genetic mutation "turned off" the ability to make the toxic compound thousands of years ago — a key step before humans could domesticate almonds.https://t.co/tz2O8C5BrA

From the abstract of the paper below comparing the DNA sequences of Denisovans and Neanderthals with “modern” humans, showing which changes arose on the human branch:

We suggest that molecular mechanisms in cell division and networks affecting cellular features of neurons were prominently modified by these changes. Complex phenotypes in brain growth trajectory and cognitive traits are likely influenced by these networks and other non-coding changes presented here. We propose that at least some of these changes contributed to uniquely human traits, and should be prioritized for experimental validation.

Well, is it exactly 16,000 chromosomes? Still, this fact will make you the hit of any party.

The record for the most chromosomes belongs to Oxytricha trifallax – a single-celled organism with 16,000 tiny chromosomes. #Junome https://t.co/I8EoO5ejy5 Pic: Public domain pic.twitter.com/QlUNrceWhU