Here’s the last video Anna (Mueller) made of our ducks before she leaves today for Indiana. This is an awesome clip that she calls “teens with zoomies”. It shows not only Anna Mallard’s brood eating corn in the foreground (they’re much bigger since I left!), but also, fortuitously filmed in the background, Katie’s teenaged brood doing the “zoomies.”

“Zoomies” are spontaneous and infectious outbursts of duckling racing combined with underwater diving. The behavior is, I think, practice for taking off—a prelude to flight that tests the ducklings’ muscles. Last year, the first duckling flights occurred during the zoomies.

Anna says, “The teens are exploring speed and their wings.”

Be sure to make the video as large as you can:

And Anna’s caption for the photos below: “More pics of the cuties from my last visit…”  It’s sad that she’s leaving. Captions are Jerry’s:

Anna Mallard and her brood. How large they’ve gotten just since Saturday! 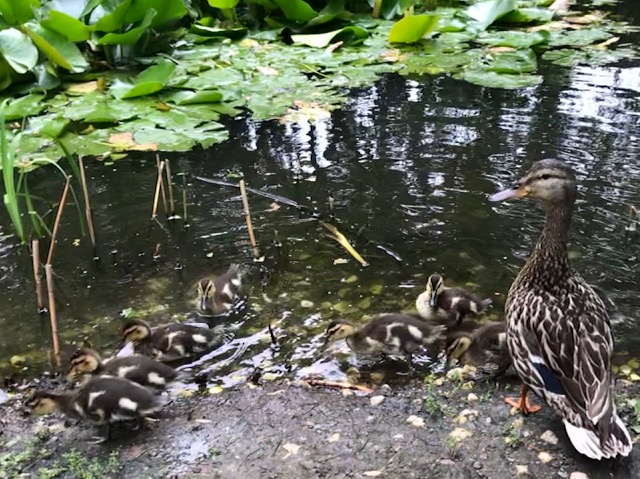 Human Anna with her duck namesake: 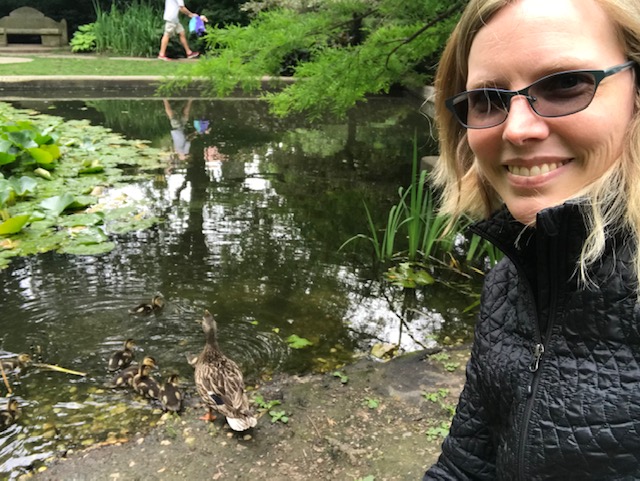 Katie’s brood. All ten have survived and grown to nearly full size, though their wings aren’t yet big enough to permit flight. 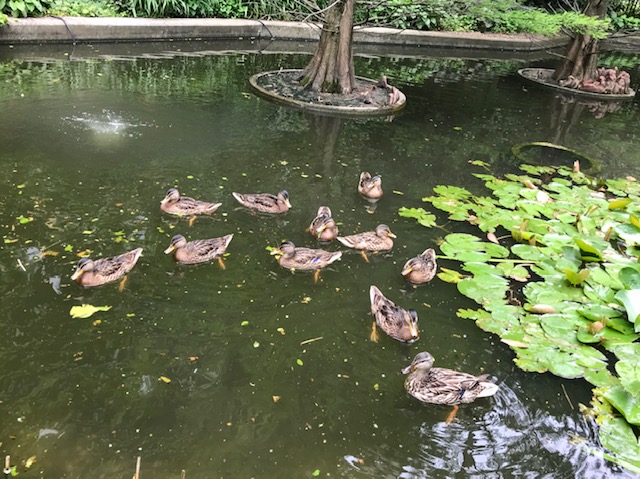 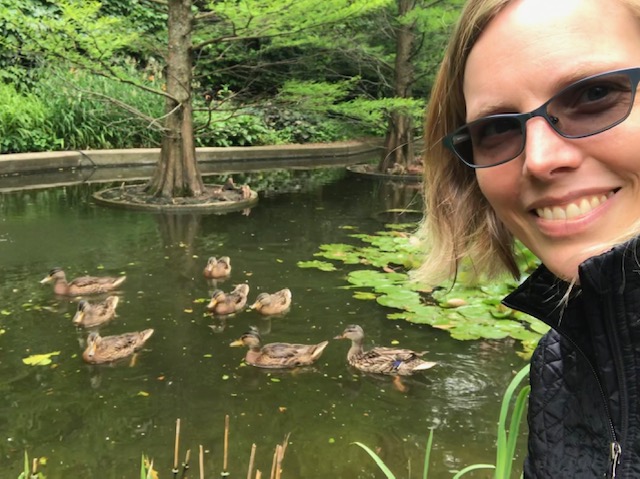 And so it’s goodbye today to Anna Mueller, but thanks for all the ducks! 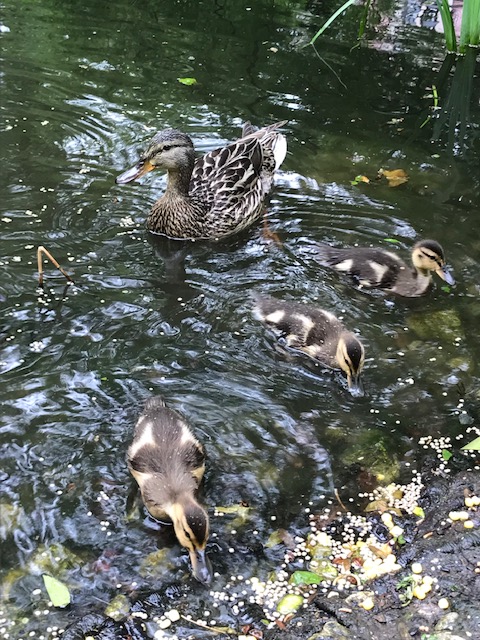 Katie’s brood were in the smaller part of the pond and sitting in the water almost motionless, which led me to take the first video and photo because it amused me that I watched them for so long and they just weren’t moving, which is so unlike them. 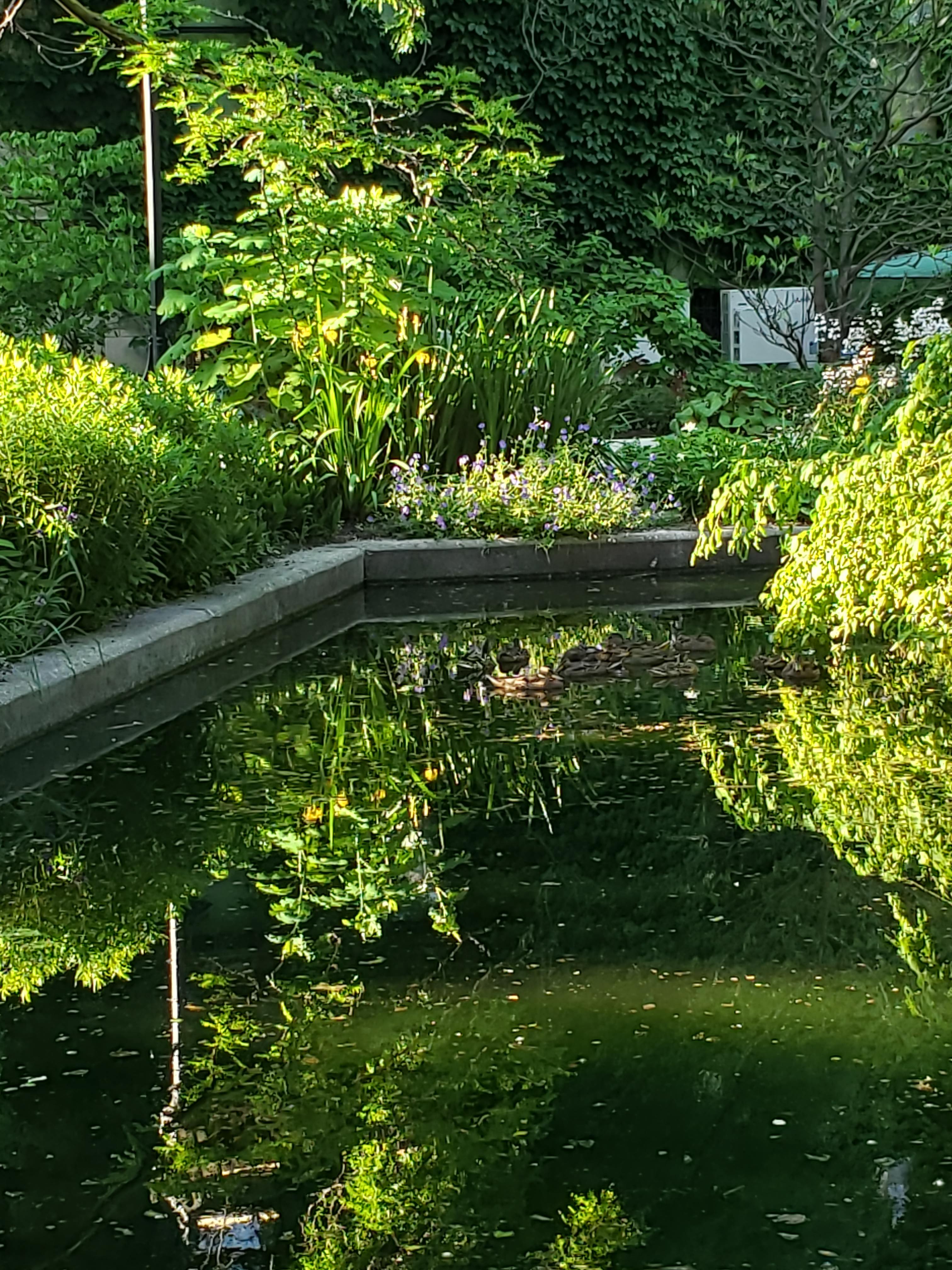 The second two videos are from June 17 showing Anna’s brood in the chilly weather. I like this one because Anna keeps popping up her head like a Brontosaurus!

A video duckling flower. Look at that selfish dude trying to worm its way into the middle! 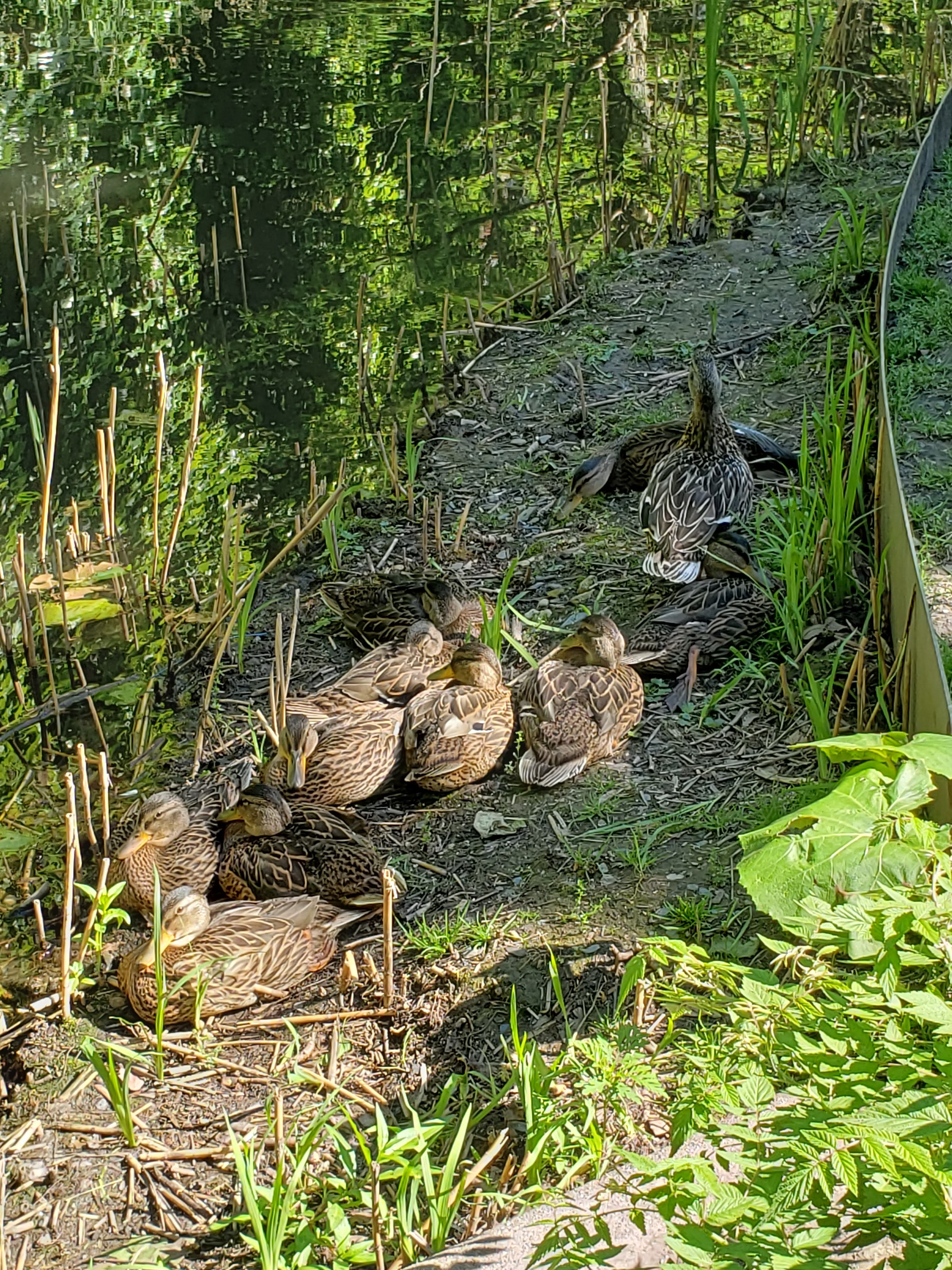 Everyone enjoyed a nice meal, mostly without any territorial skirmishes.  They were quite close together despite my best efforts to keep them apart occasionally one mom or the other worried that the other was getting too close and chase ensued, but they ended quickly. [JAC: Anna reports one sighting of old and new ducklings foraging side by side!]

After everyone ate, they each settled on an island, along with many of the turtles who were enjoying seeing the sun after several days of cold foggy weather. 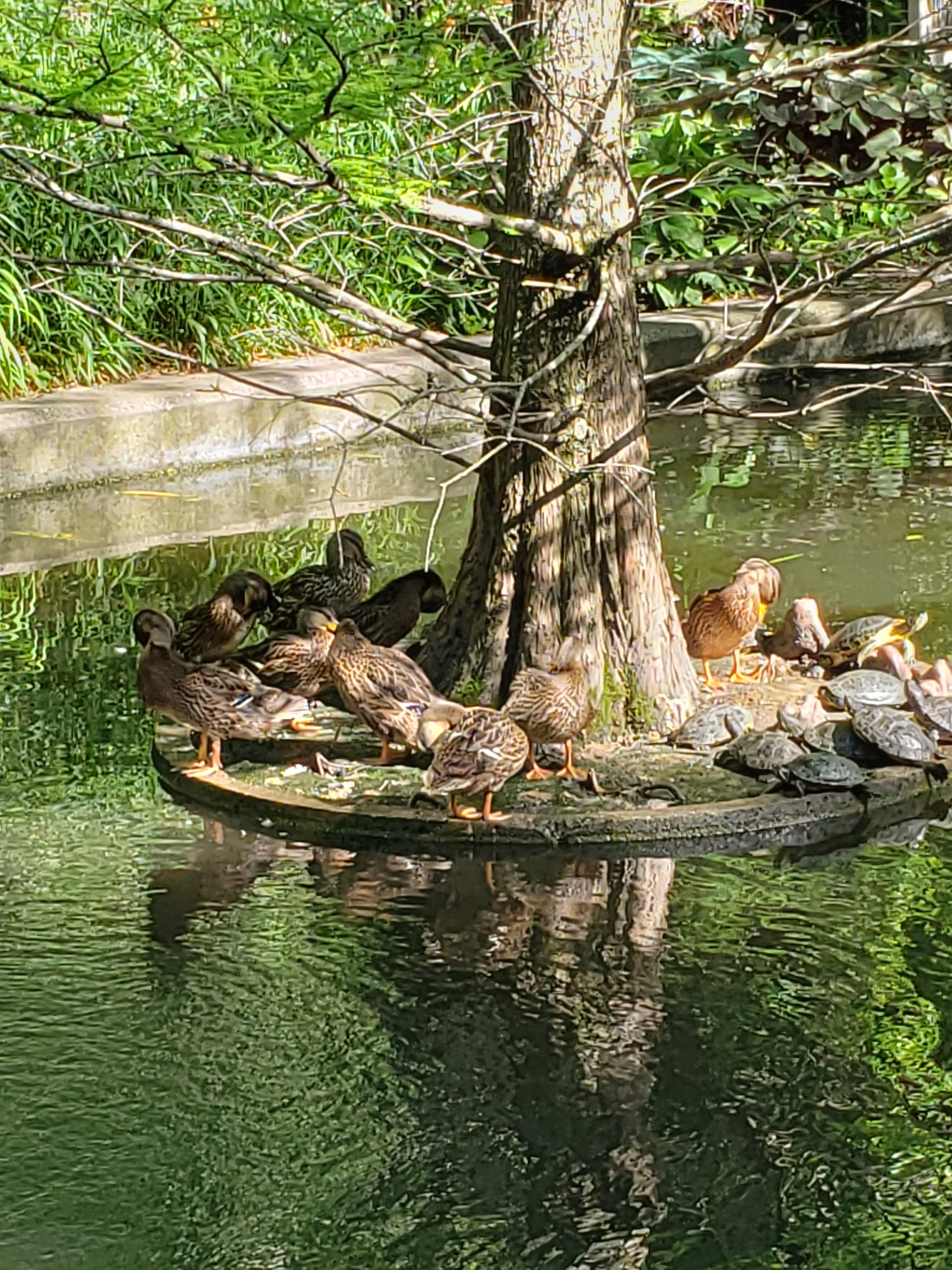 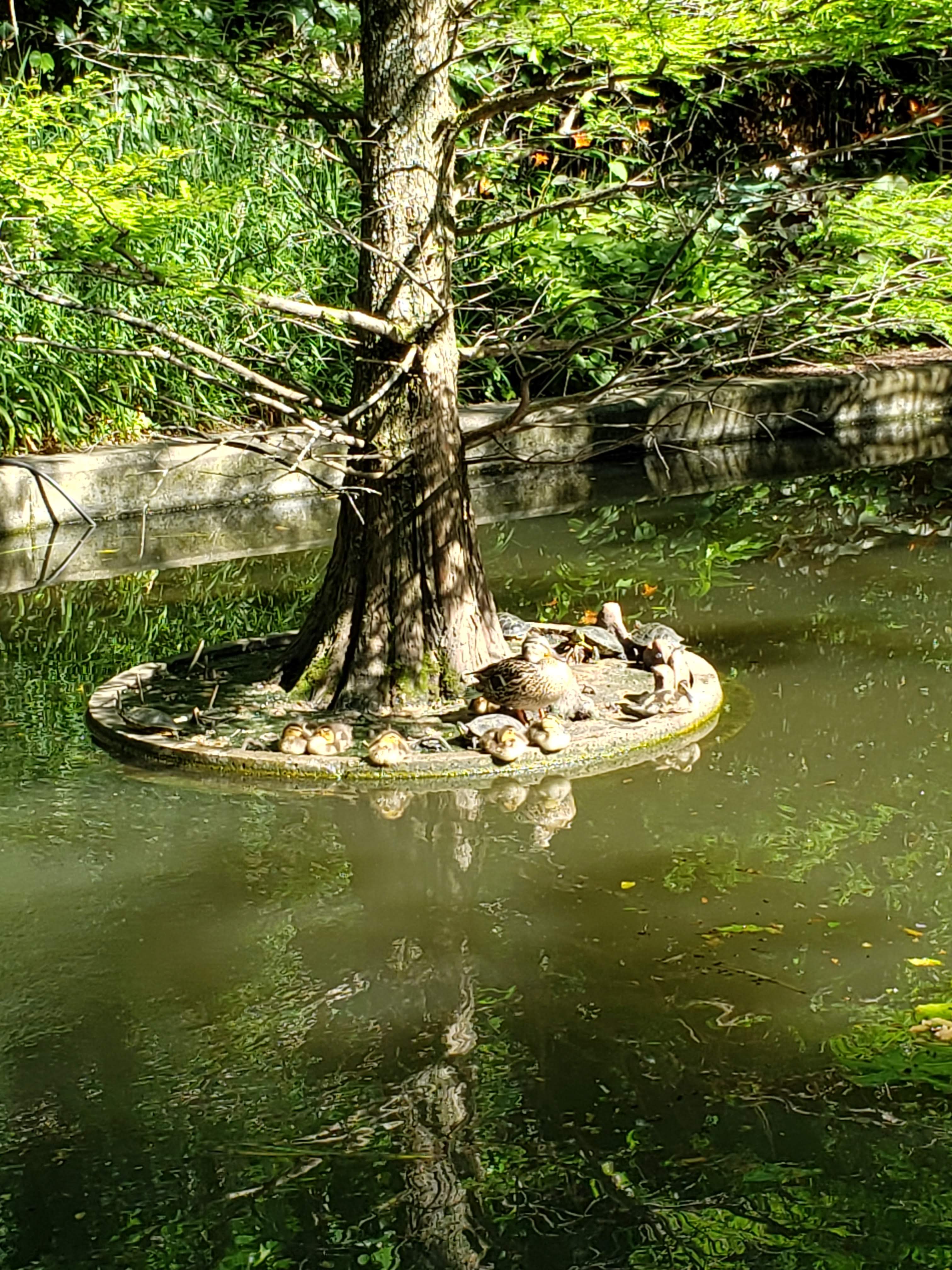 From Jerry: This is my dream—a duck version of Isaiah’s Prophecy: “And the ducks shall lie side by side on the two islands.” And indeed, Anna’s brood is on South Duck Island, and Katie’s on North Duck Island, as in the two photos above. They are getting along swimmingly, if you’ll excuse the pun. 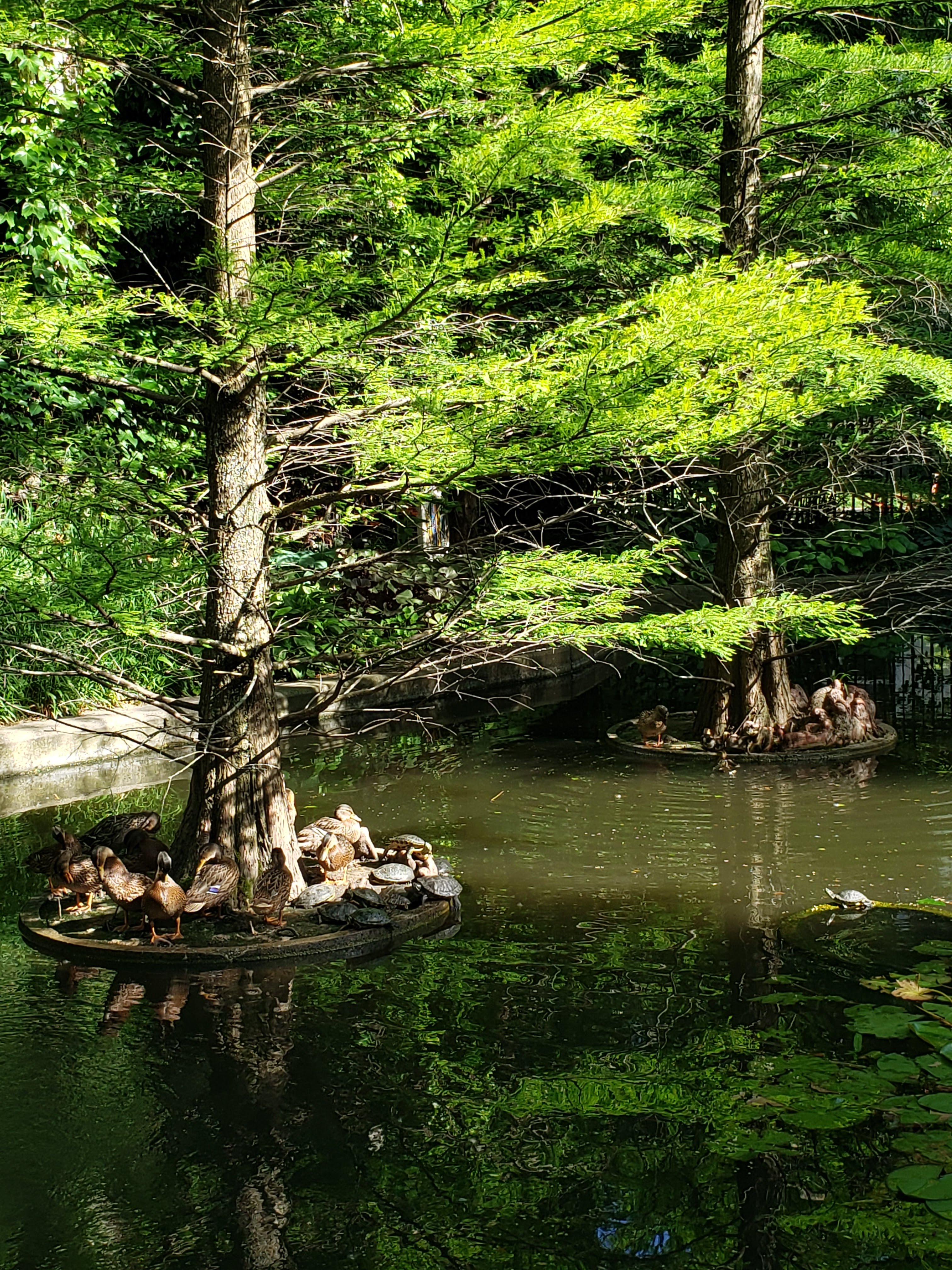 The last picture does a better job of capturing the blue speculum on one of Katie’s babies than my effort a few days ago. 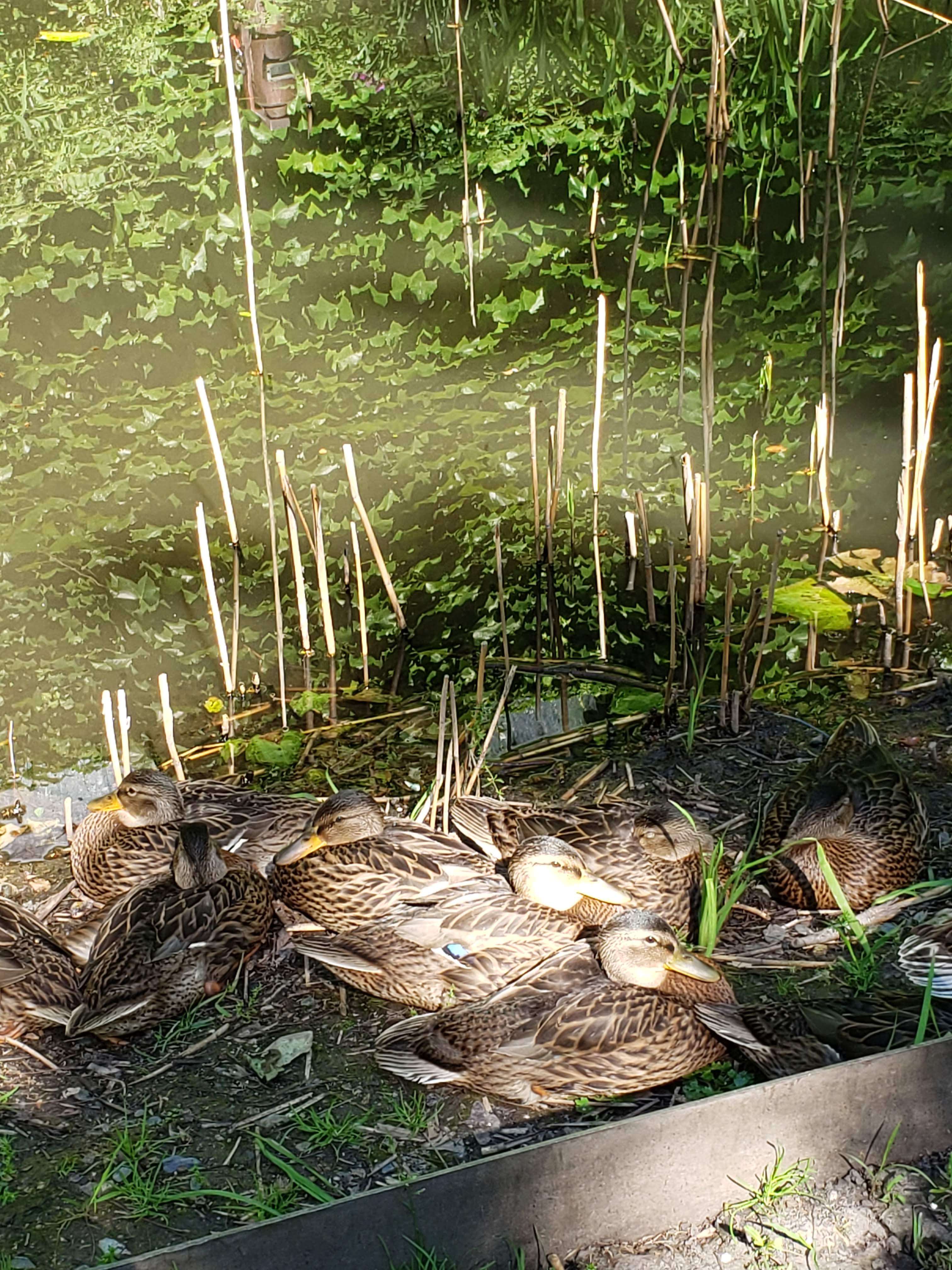 JAC: It looks as if all 18 are going to make it (fingers crossed), which makes me very happy.