This four-minute clip from BBC Earth’s series “Tigers About the House,” shows two cubs, Spot and Stripe, introduced to the adult tigers.  The show is apparently about a man in Brisbane’s Australia Zoo rearing two Sumatran tiger cubs. The encounter seems to go well, and I hope to learn that the cubs were integrated with the adults.

What I wouldn’t give to hold and pet those tiger cubs!

From the Cheezburger site (click on screenshot), we have a tour for the diehard ailurophile: a tour of a Minneapolis neighborhood to meet the resident cats.

Apparently you mainly see cats behind windows, but so what? Some of the text is indented, and, from “via Wedge LIVE” we have some of the tour’s highlights. LOL.

The Wedge neighborhood of Minneapolis, Minnesota, just became the coolest and most wholesome neighborhood ever. They know what people want and give it to them. Cats.

Quite a big crowd!

This will be the 3rd year of this grand tour known as #CatsOfTheWedge. The tour is guided by Chet Wedgely, who was also the tour guide for the two previous seasons of the anticipated event. 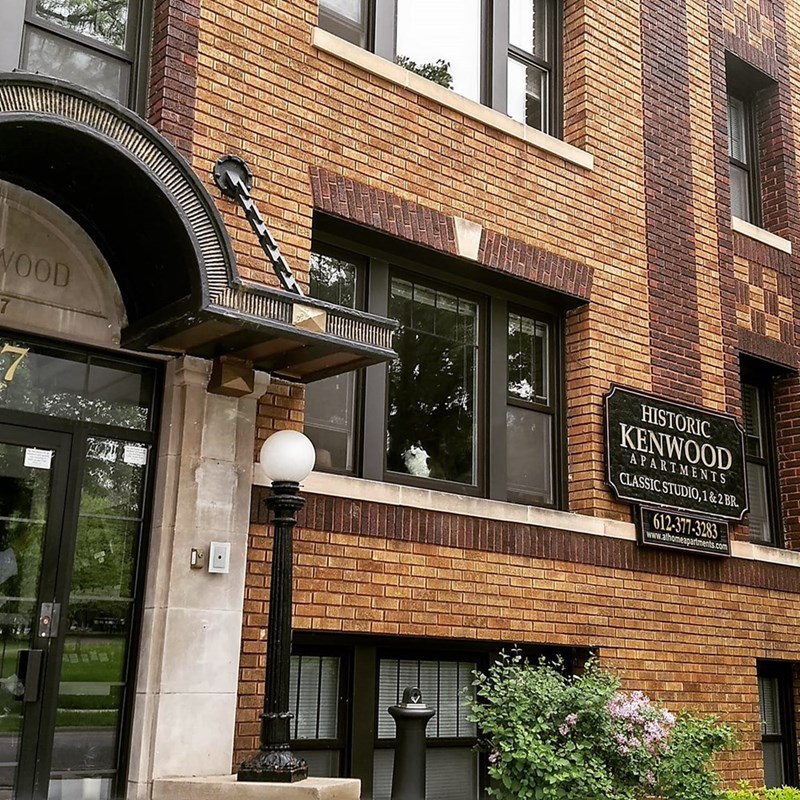 According to their facebook page, “You won’t want to miss the dramatic twists, like that time last year when a guy brought his cats out for the crowd and got locked out of his apartment… while holding two squirmy cats ready to escape. The cats got home safe, but our hearts never recovered.” 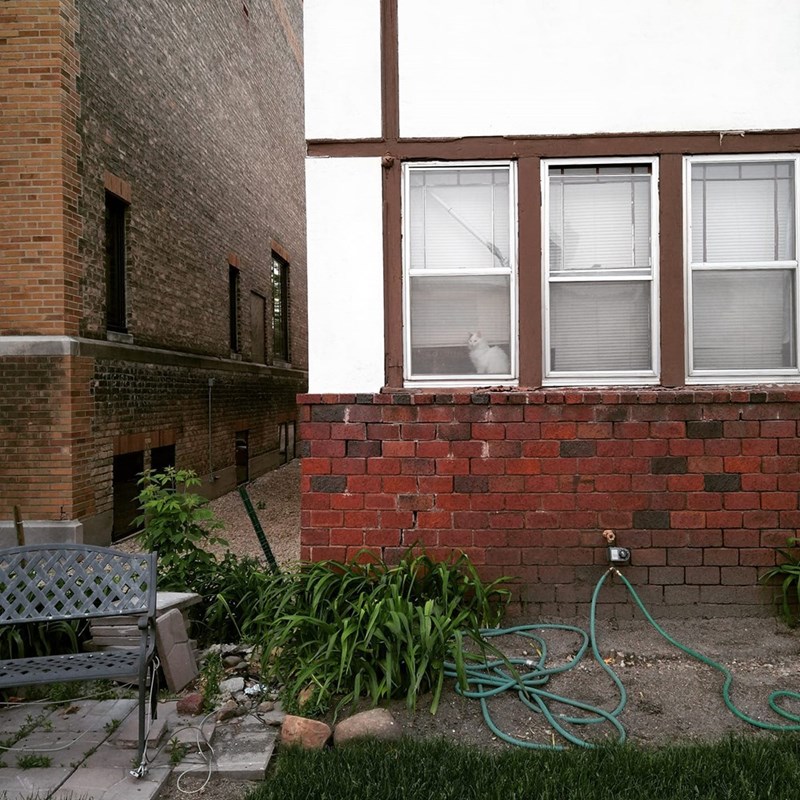 The itinerary is simple, the cat fans meet at a park and then follow a route through the ‘densest concentration of window cats known to exist in the Upper Midwest.’ 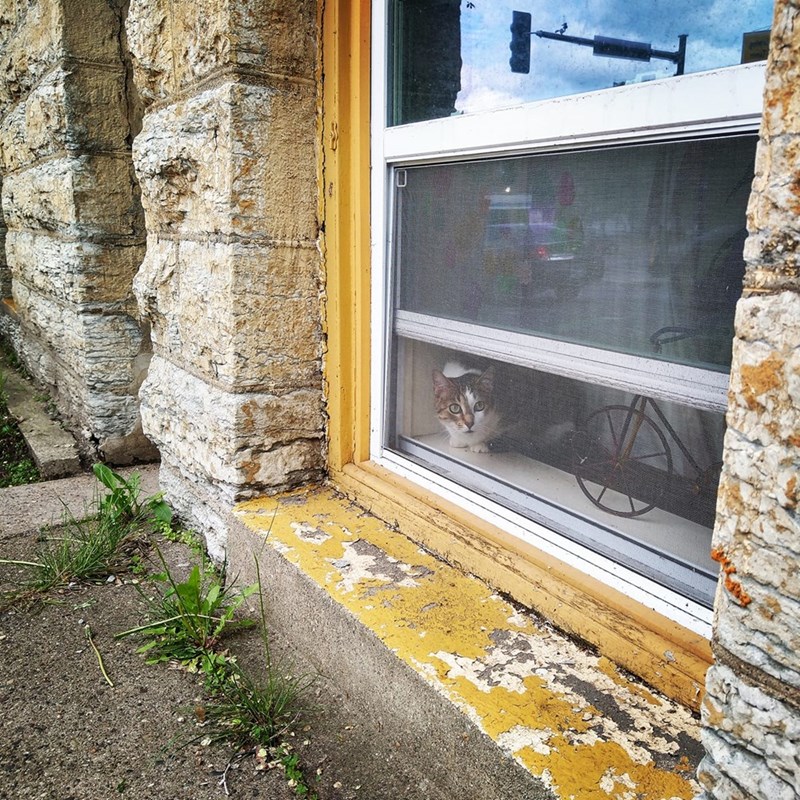 Here’s a poor Russian moggie who lost all his paws after getting frostbite and gangrene in the city of Tomsk. But an intrepid vet in Novosibirsk gave him four bionic paws. The story is at the screenshot below as well as in the video and photos.

Ryzhik (Russian for “redhead”) wasn’t euthanized. As the article notes, “They took Ryzhik to a veterinary clinic in Novosibirsk that specializes in implanting artificial limbs.Veterinarian Sergey Gofshkov used computer tomography and 3D modelling to manufacture the most comfortable and suitable artificial limbs for Ryzhik.” Here’s the X-ray. They’re like dental implants, but with paws: 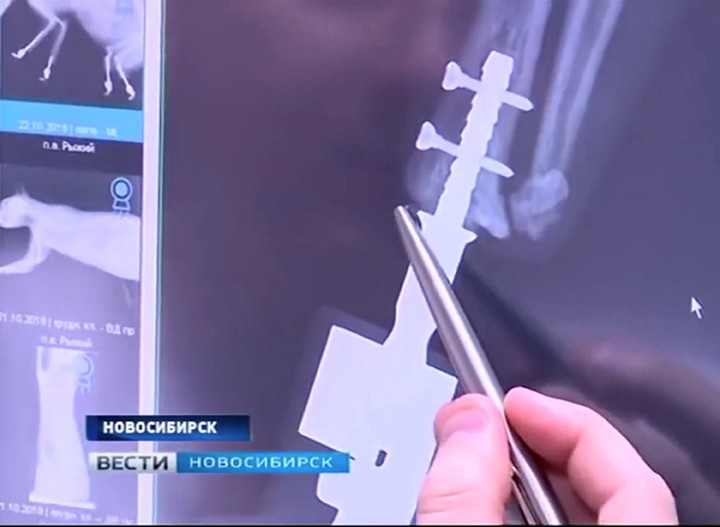 Dr. Gorshkov says, “He is definitely the first cat in the world who experienced such surgeries. The limbs have fully connected with the skin and bone. The part of the limb that goes inside the body is spongy, the bone tissue grows inside it. He added: “We achieved a good result.” 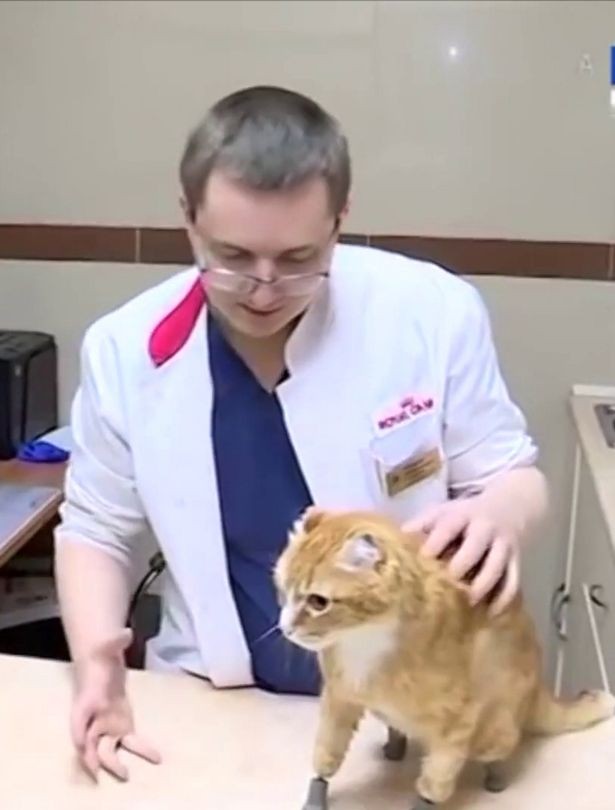 Ryzhik is not trying to remove the limbs, which his doctors say is an excellent sign that he’s becoming comfortable with his new “bionic” paws. Although still getting used to them, as this video shows, Ryzhik can walk just fine, and should be back to getting into typical feline mischief very soon! 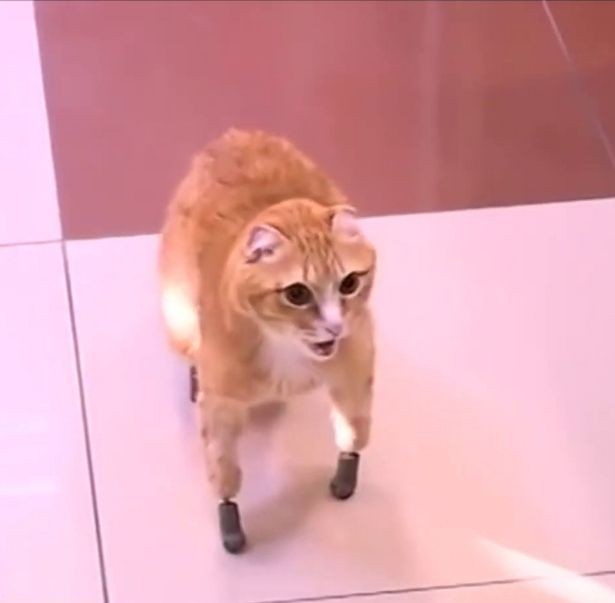 Let us hope that Ryzhik will do okay on these paws. Here’s a video; it looks like he’s doing tolerably well: