A reader told me about a new forum for exchanging thoughts online, via exchanges of letters, that allows far more space than Twitter but promises to be less toxic. It’s called “Letter“, is associated with Areo Magazine, and accommodates back-and-forth discussions between scholars and generally intelligent folk. Click on the screenshot to go there:

I think anybody can sign up and publish thoughts, though presumably there’s a moderator to prevent invective and frivolous stuff. Here are a few examples of what’s up there now; I’ve highlighted stuff that would interest me, but of course there’s more. Click on the screenshots to go to the exchanges. 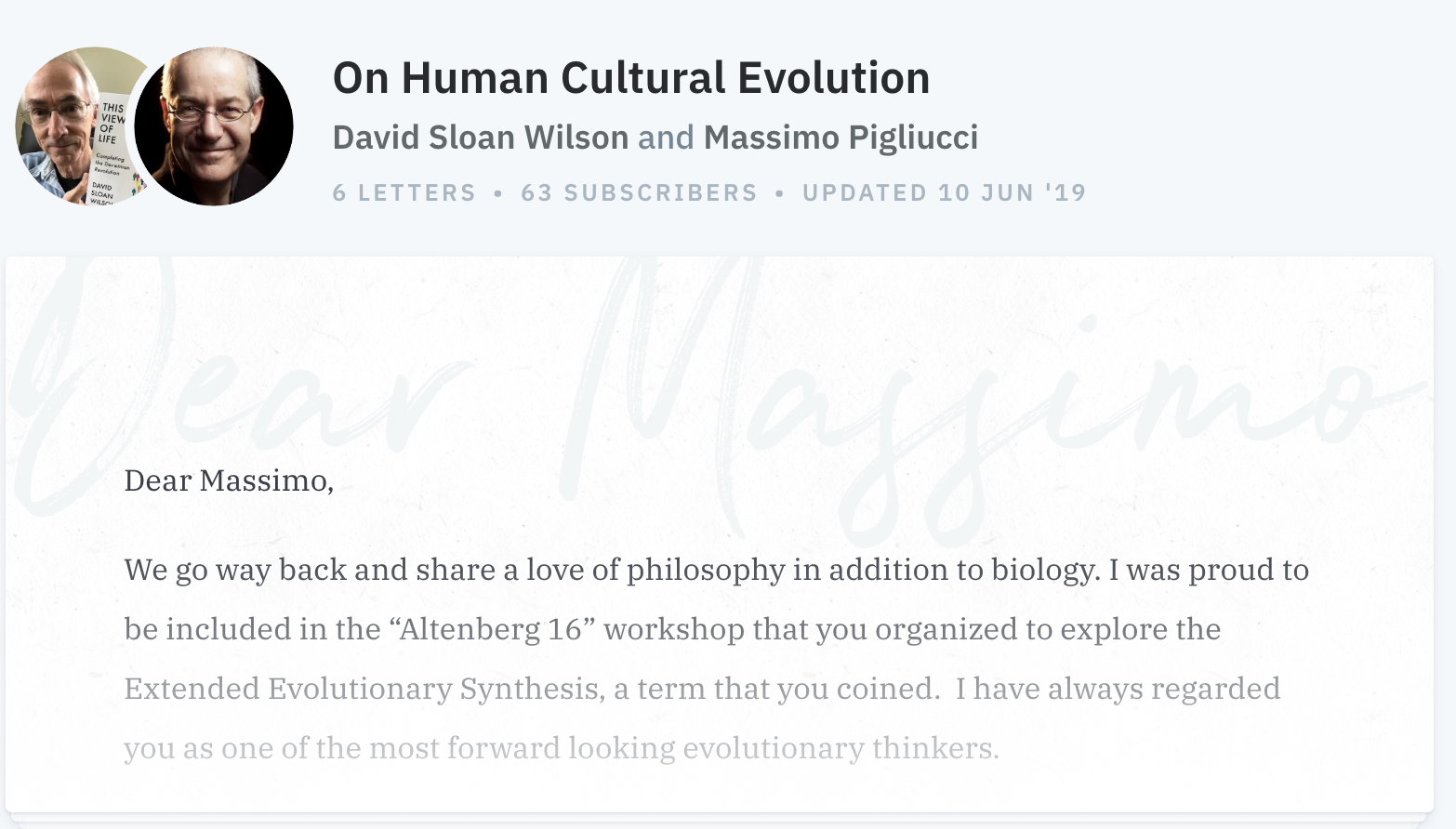 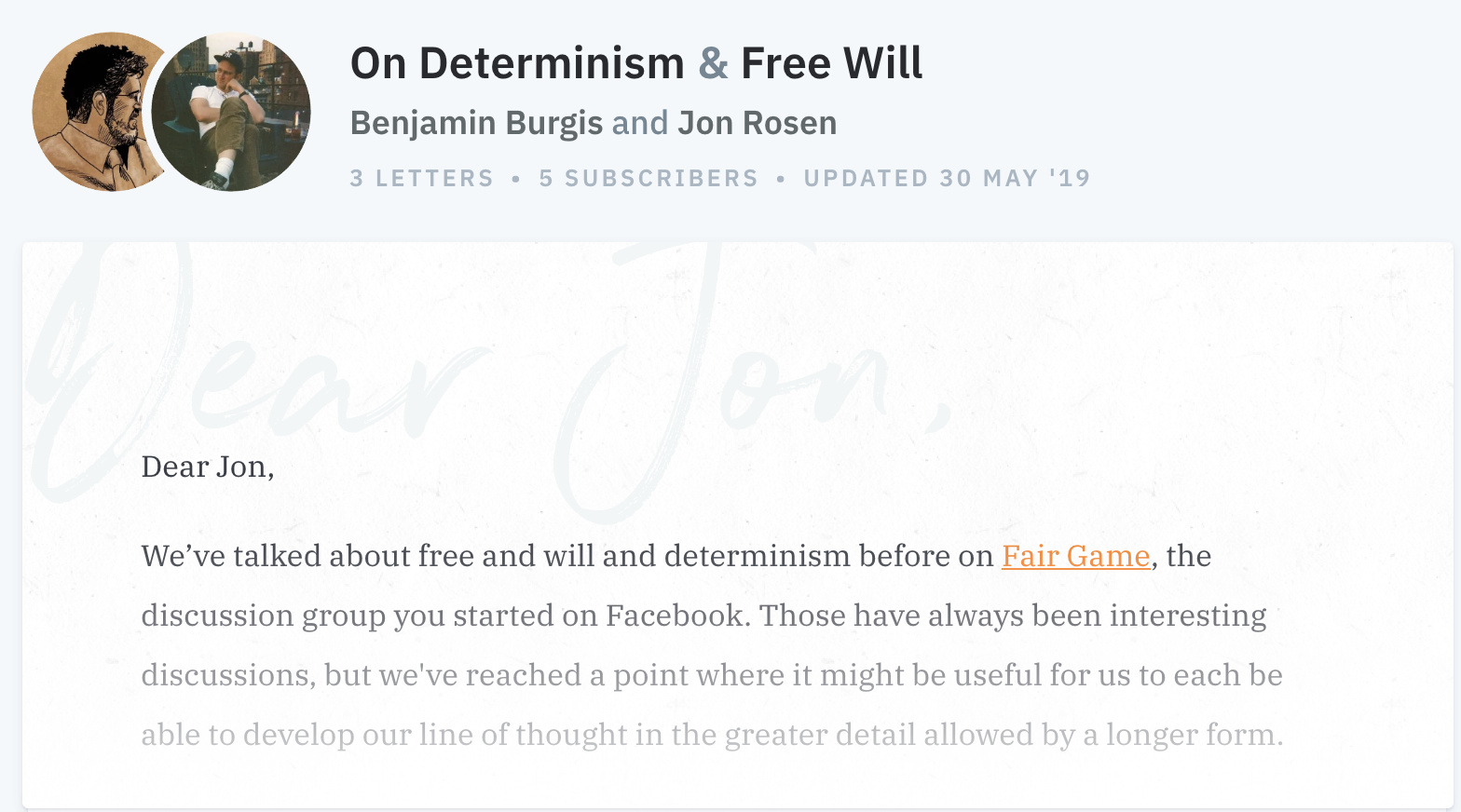 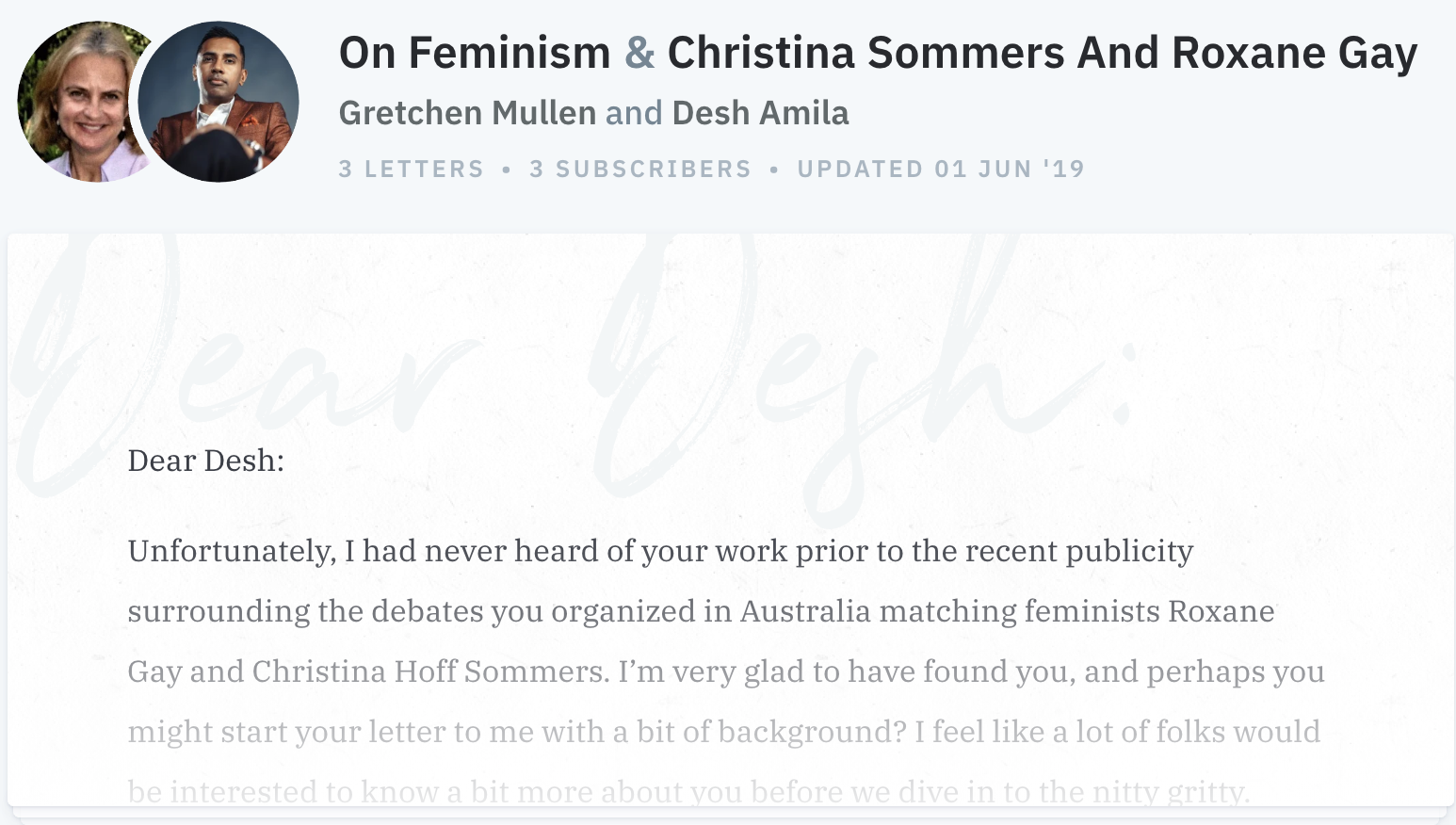 Some of the letters, like this one, don’t yet have answers, and I don’t know if they will: 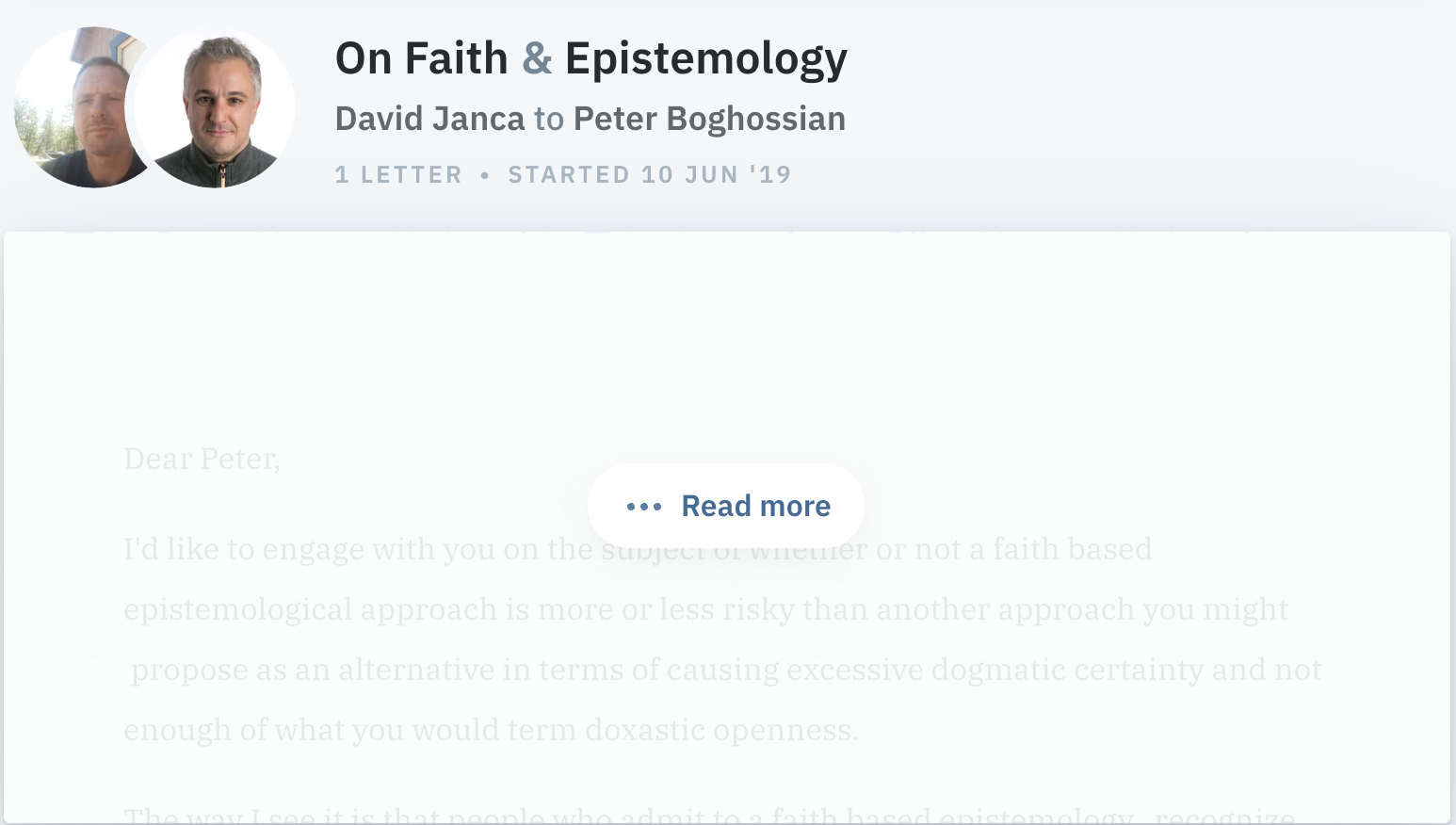 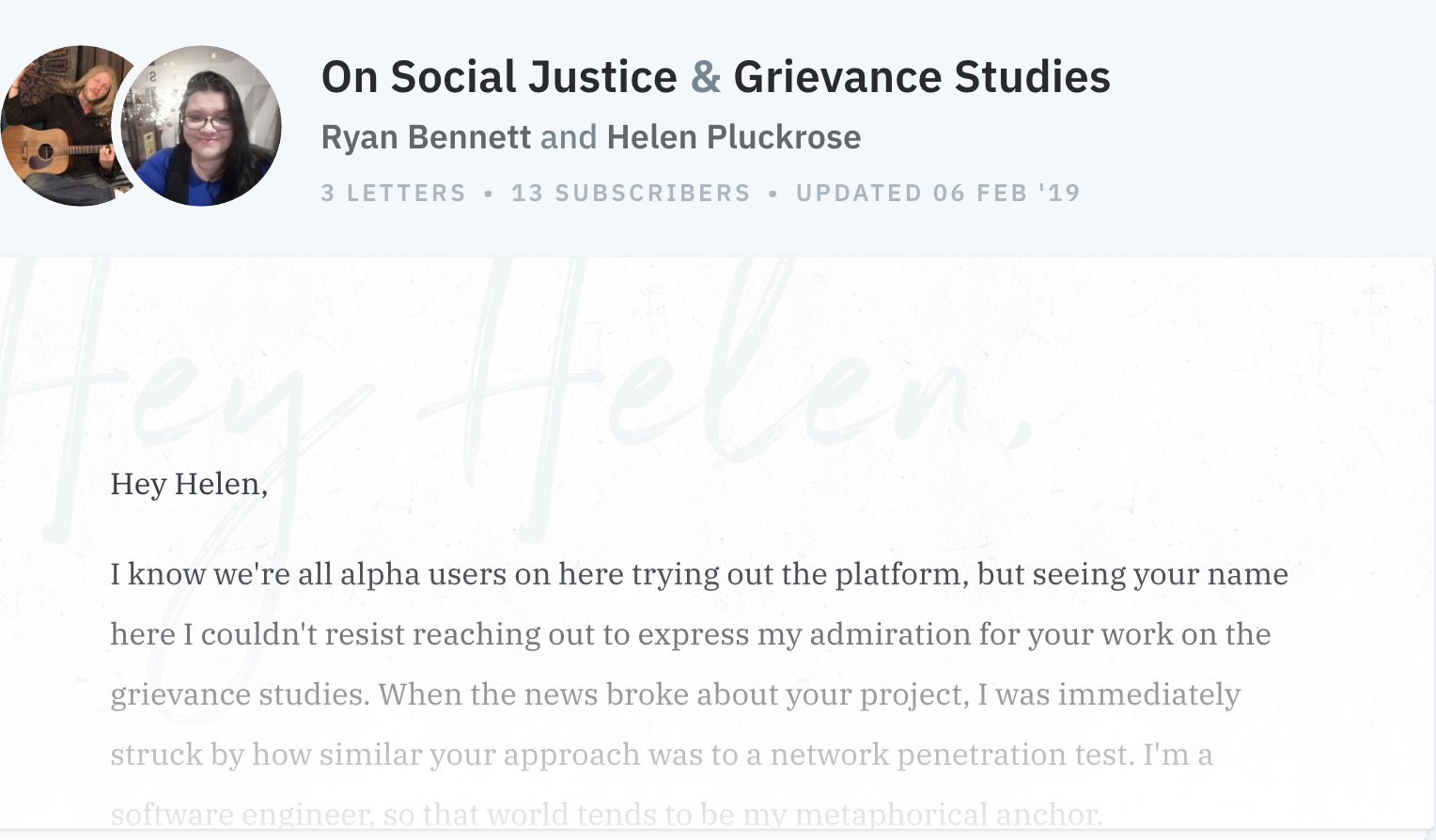 It looks promising so far, and we’ll see if it survives. In the meantime, check it out.

14 thoughts on “A new forum for exchanging thoughts”