Mark Otten sent some bird photos (and one mammal); his notes are indented below:

I am attaching some wildlife photos for the Why Evolution is True website. All of the photos were taken in various parks in the greater Cincinnati area, except for the prairie warbler.

Seven hour-old white-tailed deer (Odocoileus virginianus) fawn.  The doe gave birth to this fawn and its sibling on the grounds of my college. 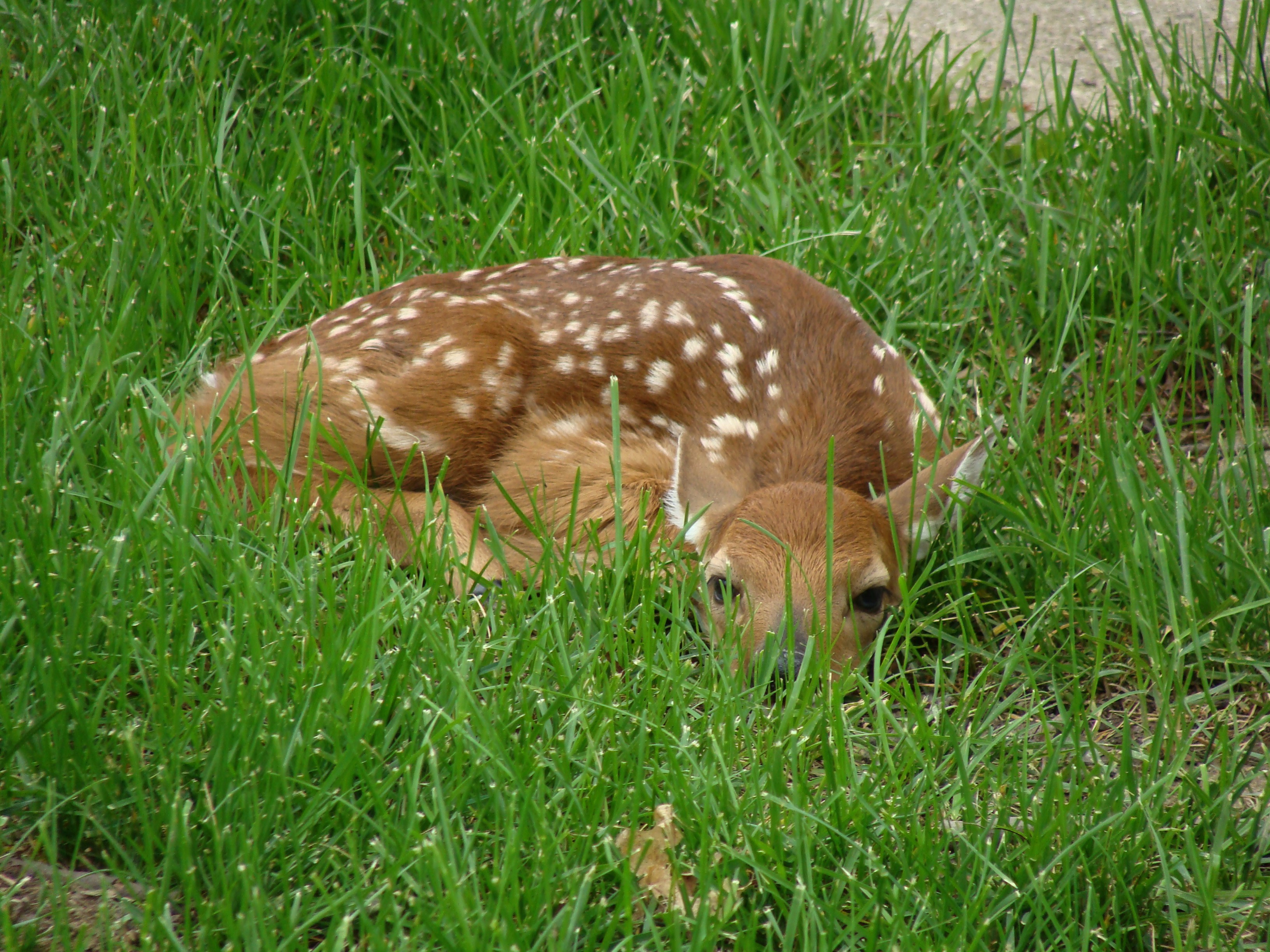 I know how much you enjoy watching your ducklings grow.  My wife Dianne snapped this photo of a mallard hen (Anas platyrhynchos) with 2 of her 5 ducklings.  I’m guessing the ducklings are about 4 weeks old in this photo.  When we next saw this hen (a little more than a week later) only 3 of the ducklings were still with her. 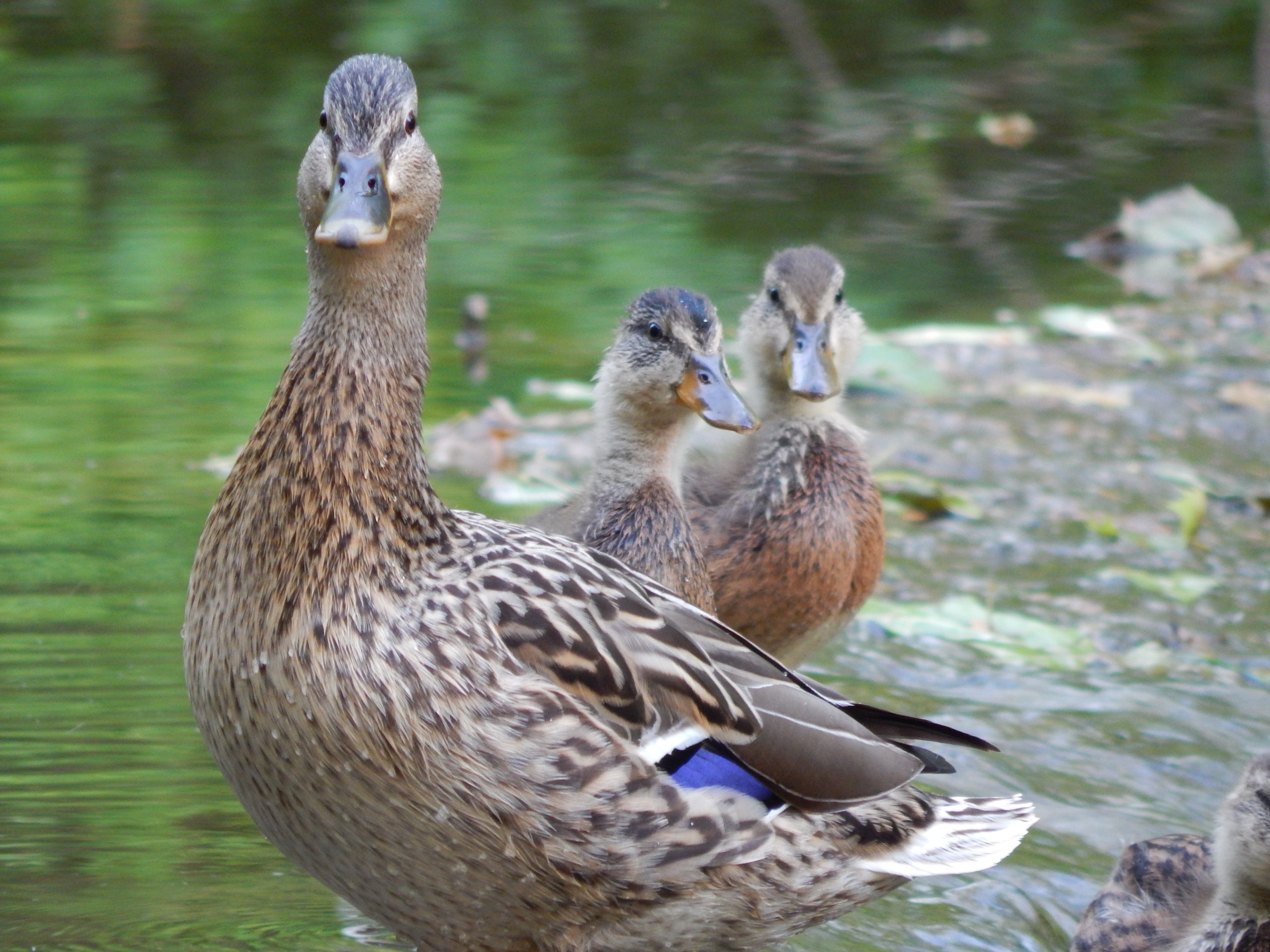 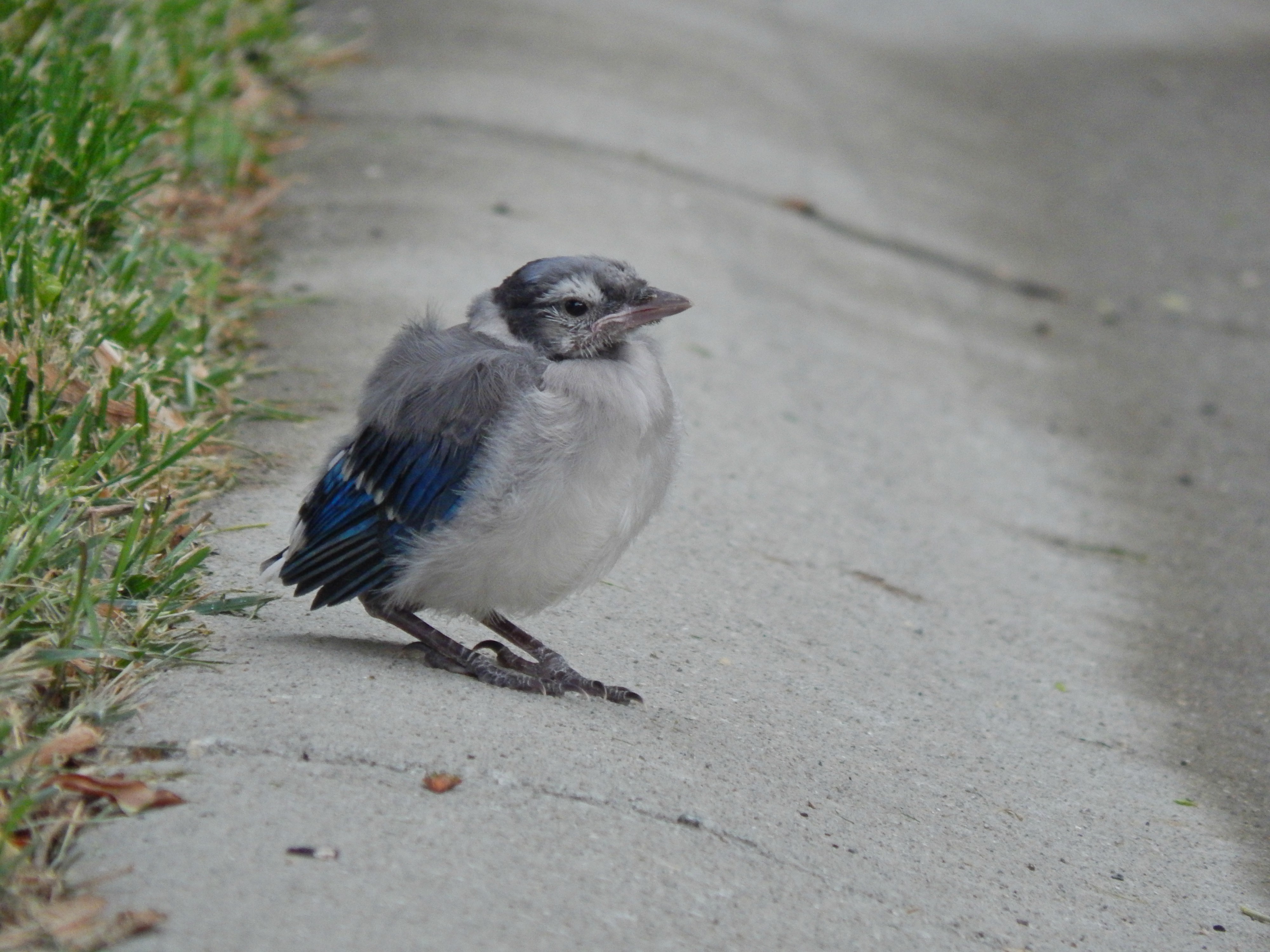 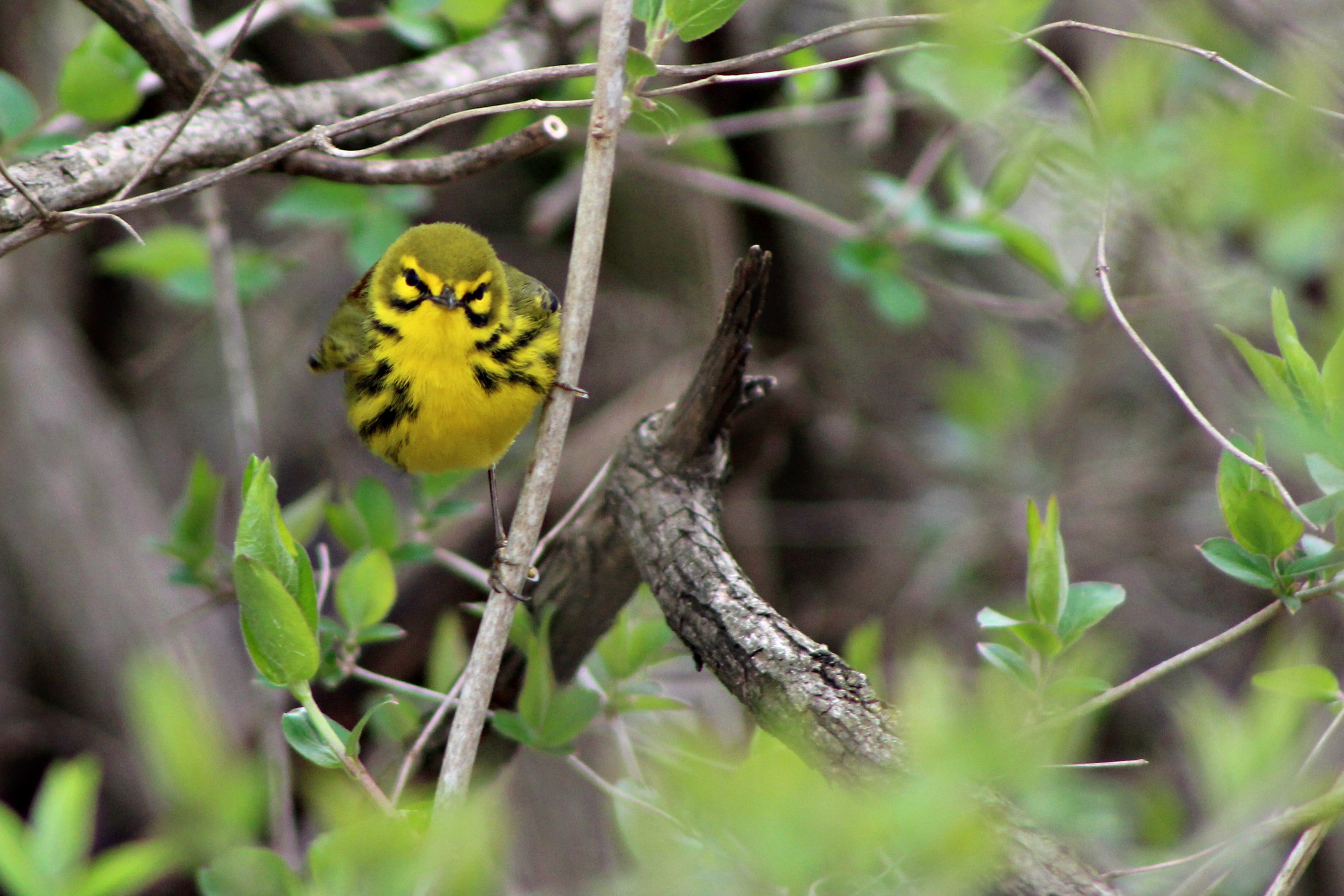 Cape May warbler (Setophaga tigrina).  This photo was taken in the fall, so I think this is male in non-breeding plumage. 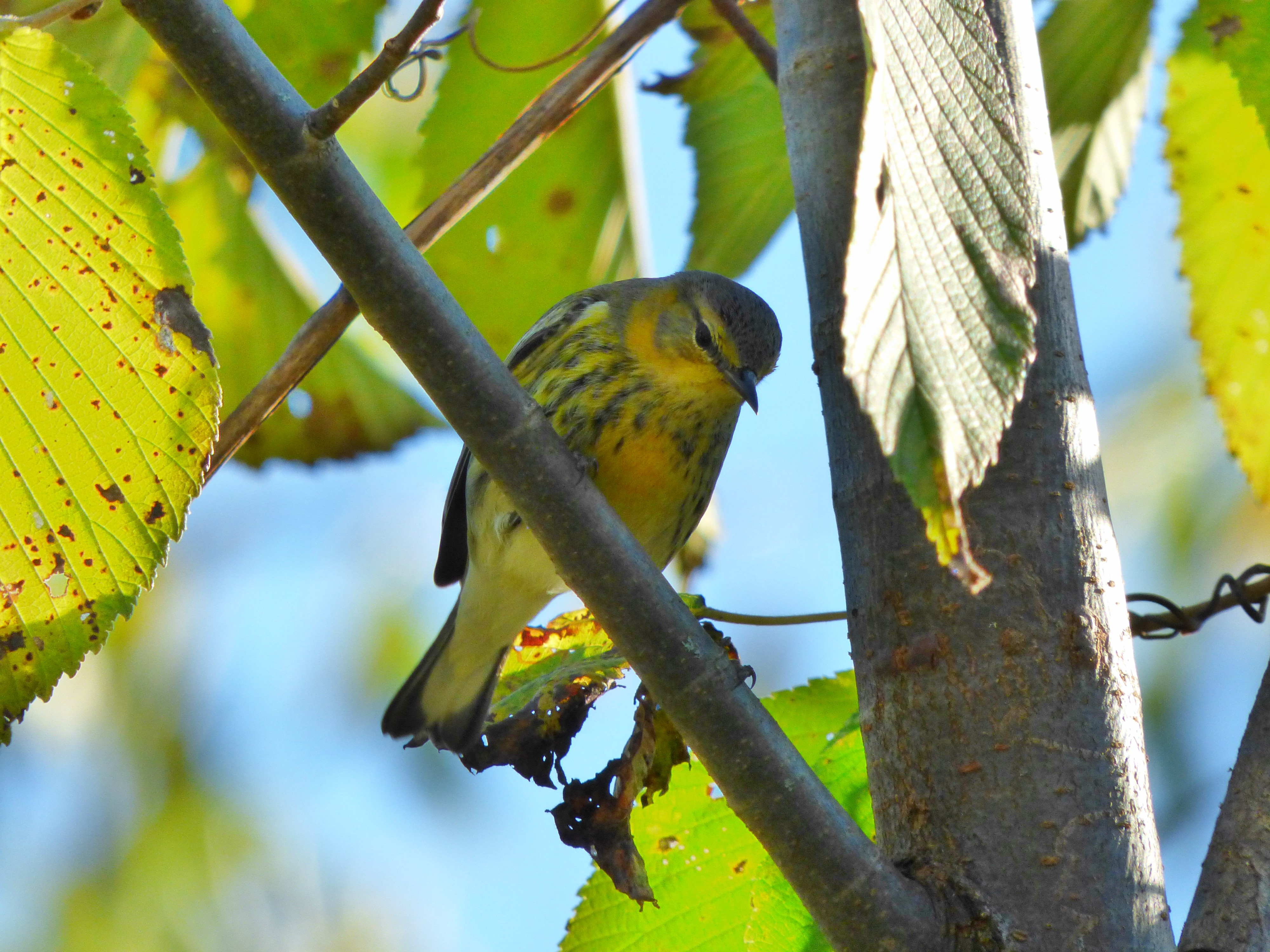 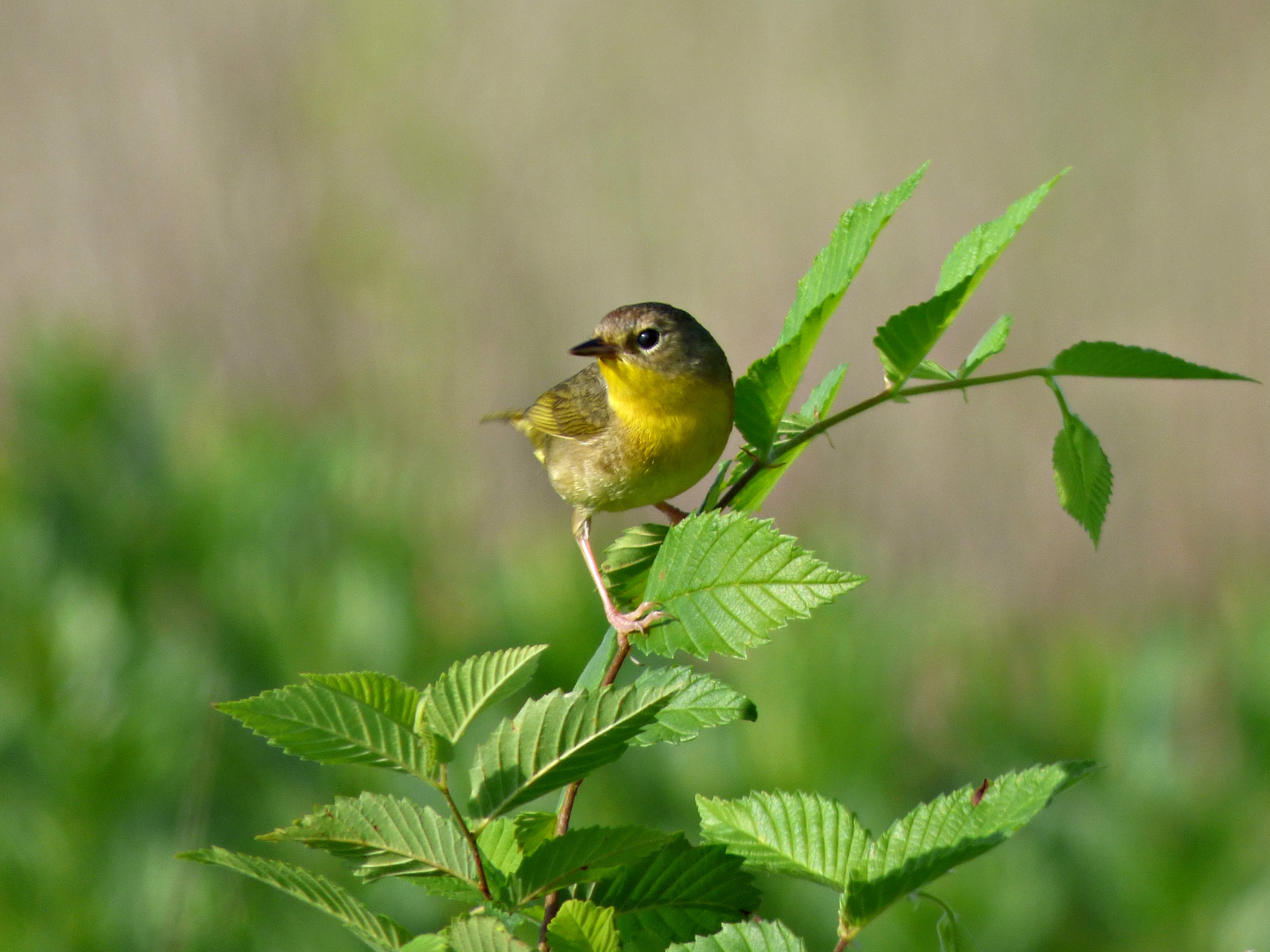 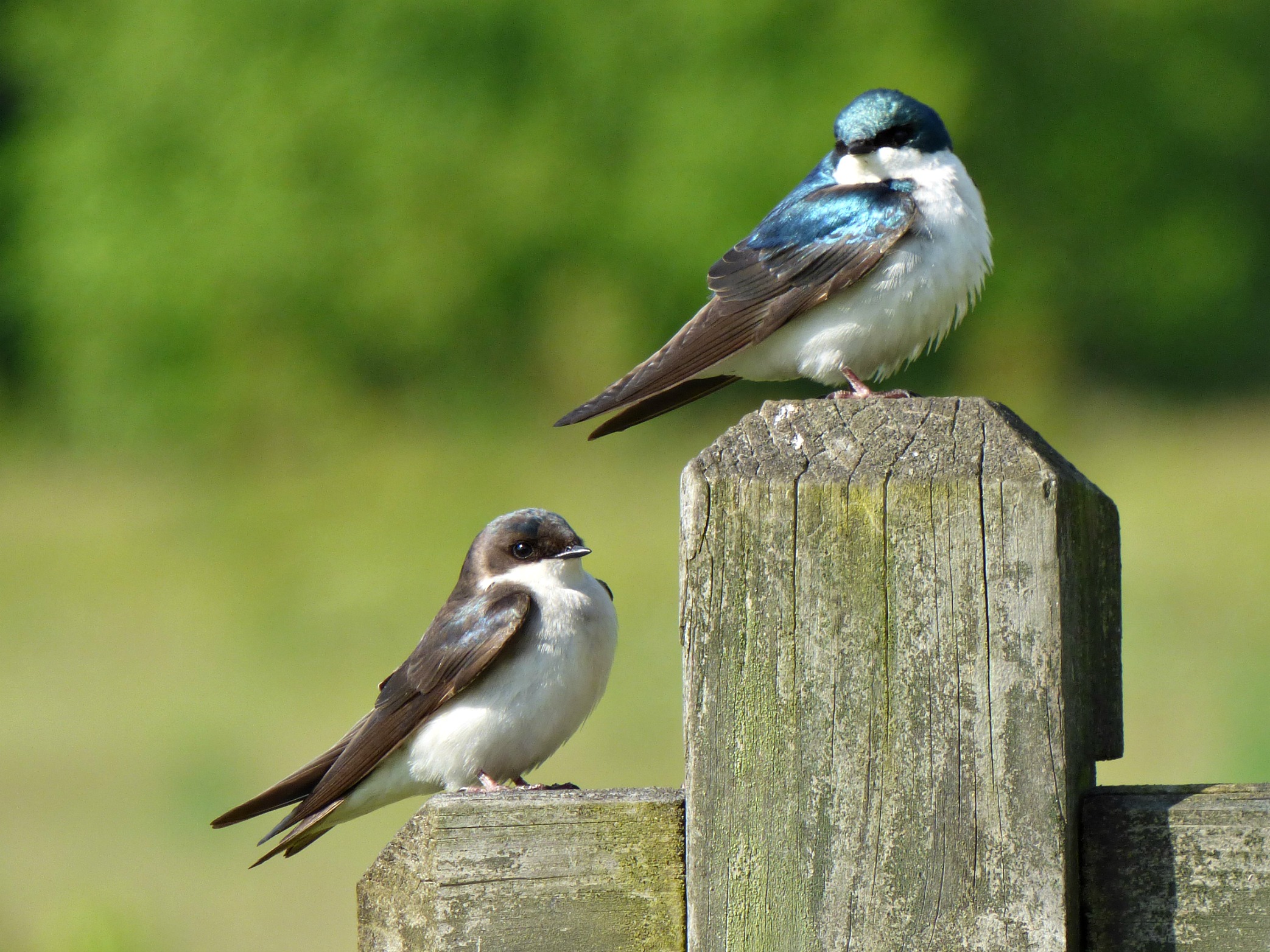 Male tree swallow carrying nesting material.  Presumably the nest is in the box he is standing on. 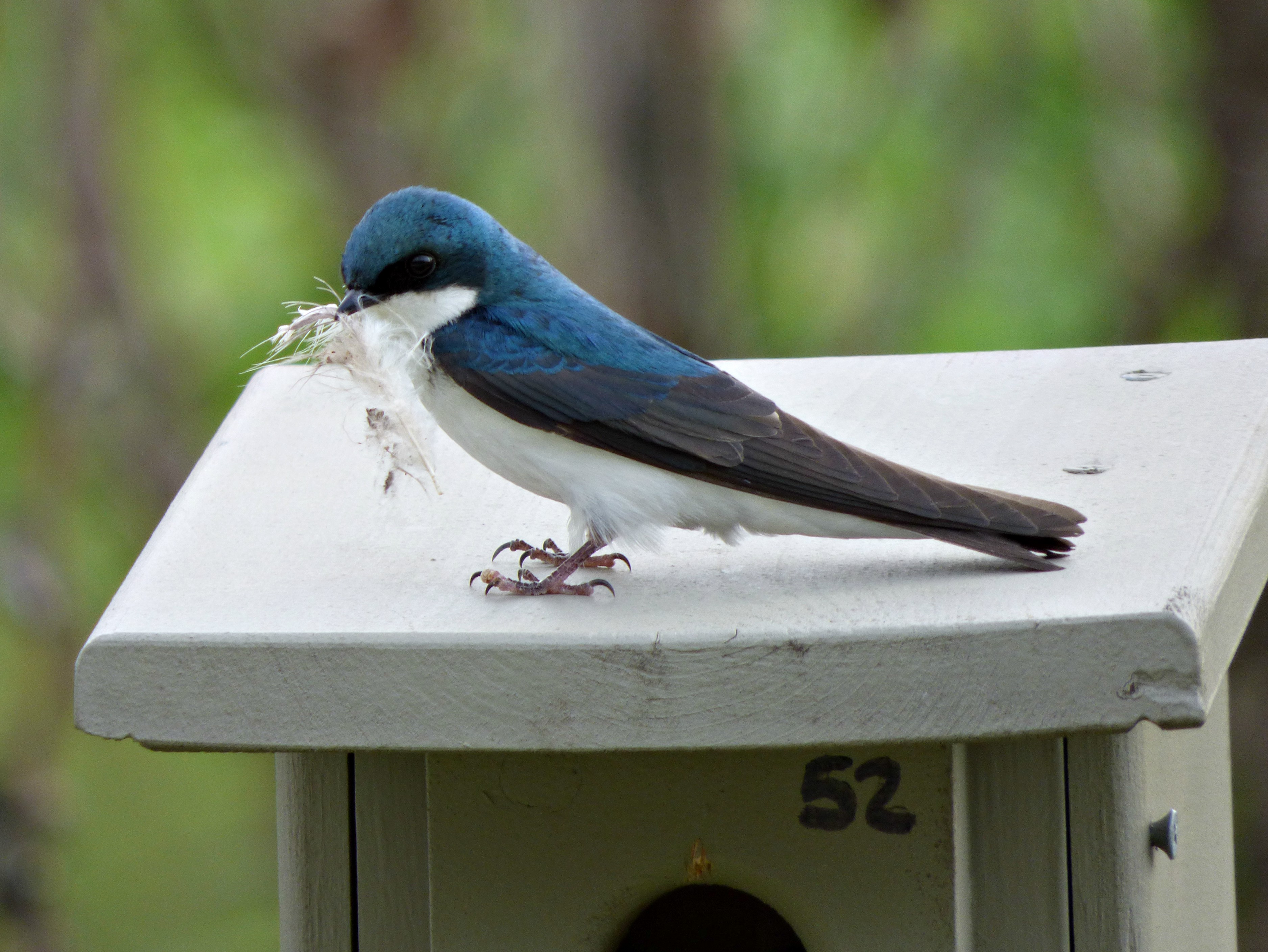 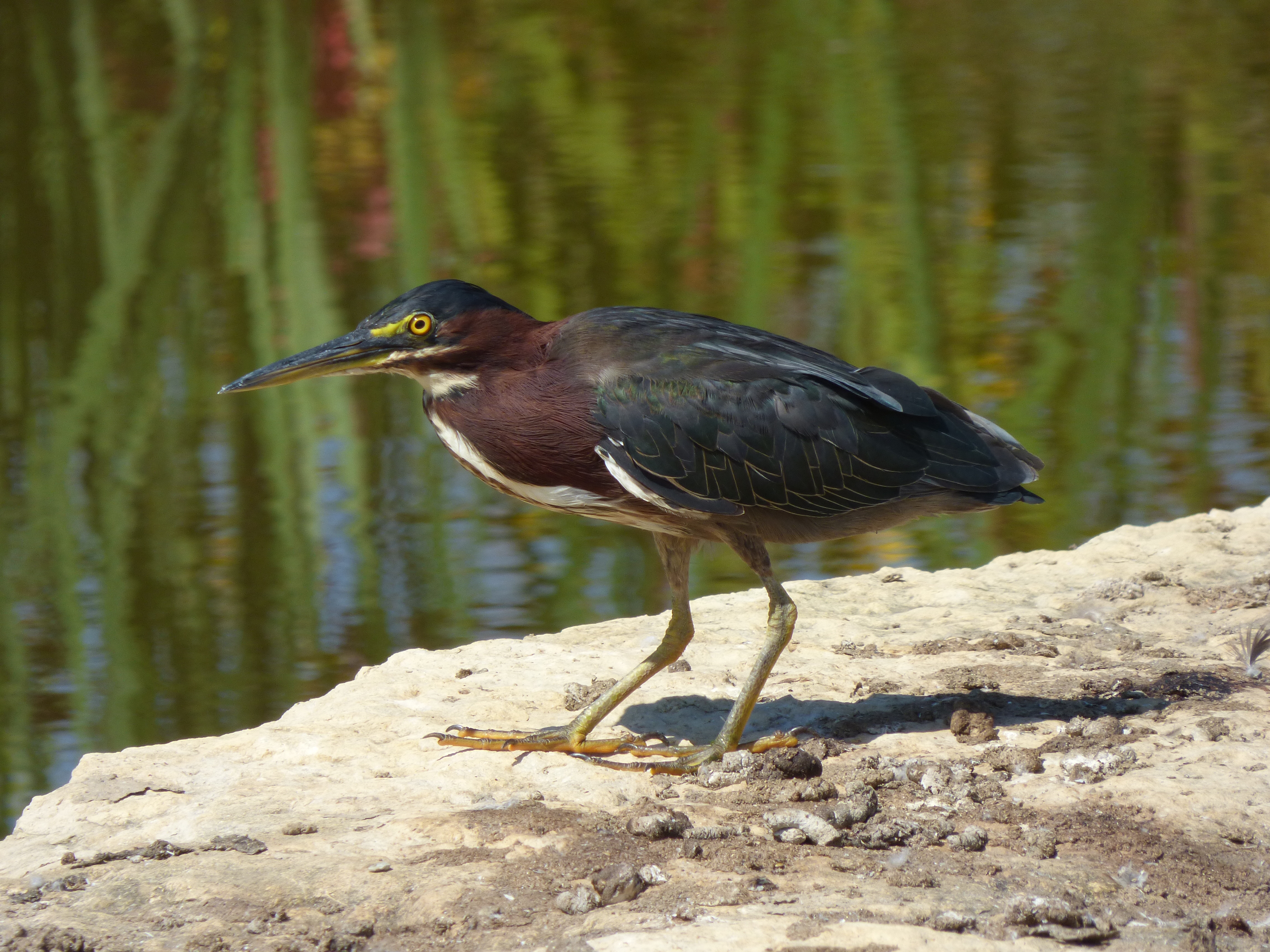 Great blue heron (Ardea herodea) with a catfish.  I can confirm that the heron subsequently consumed the fish. 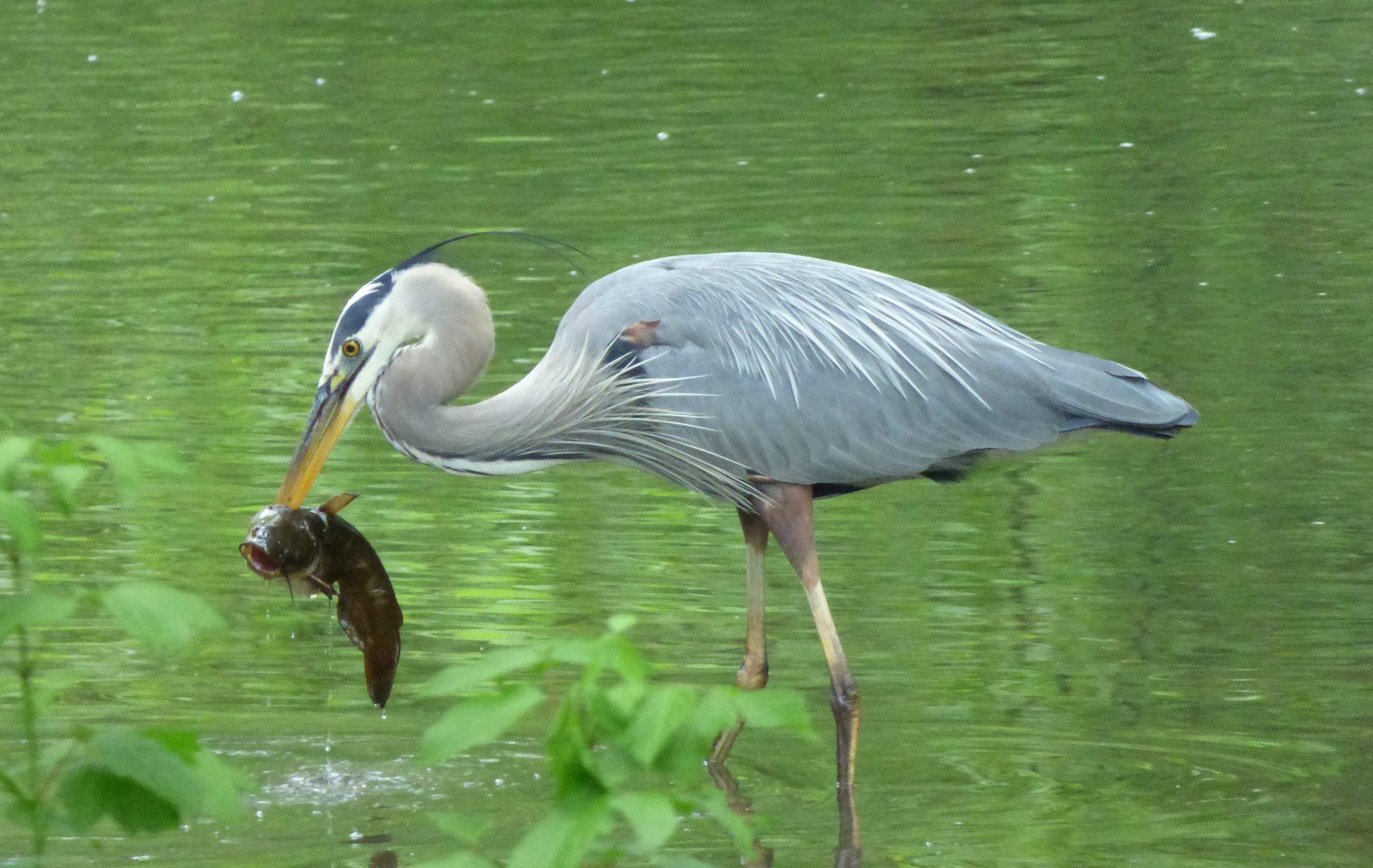 Great blue heron white morph.  I saw this particular bird standing adjacent to a nest in a small rookery some distance away, but it flew before I could get my camera out.  I was close to maximum zoom, so the photo is a bit grainy. 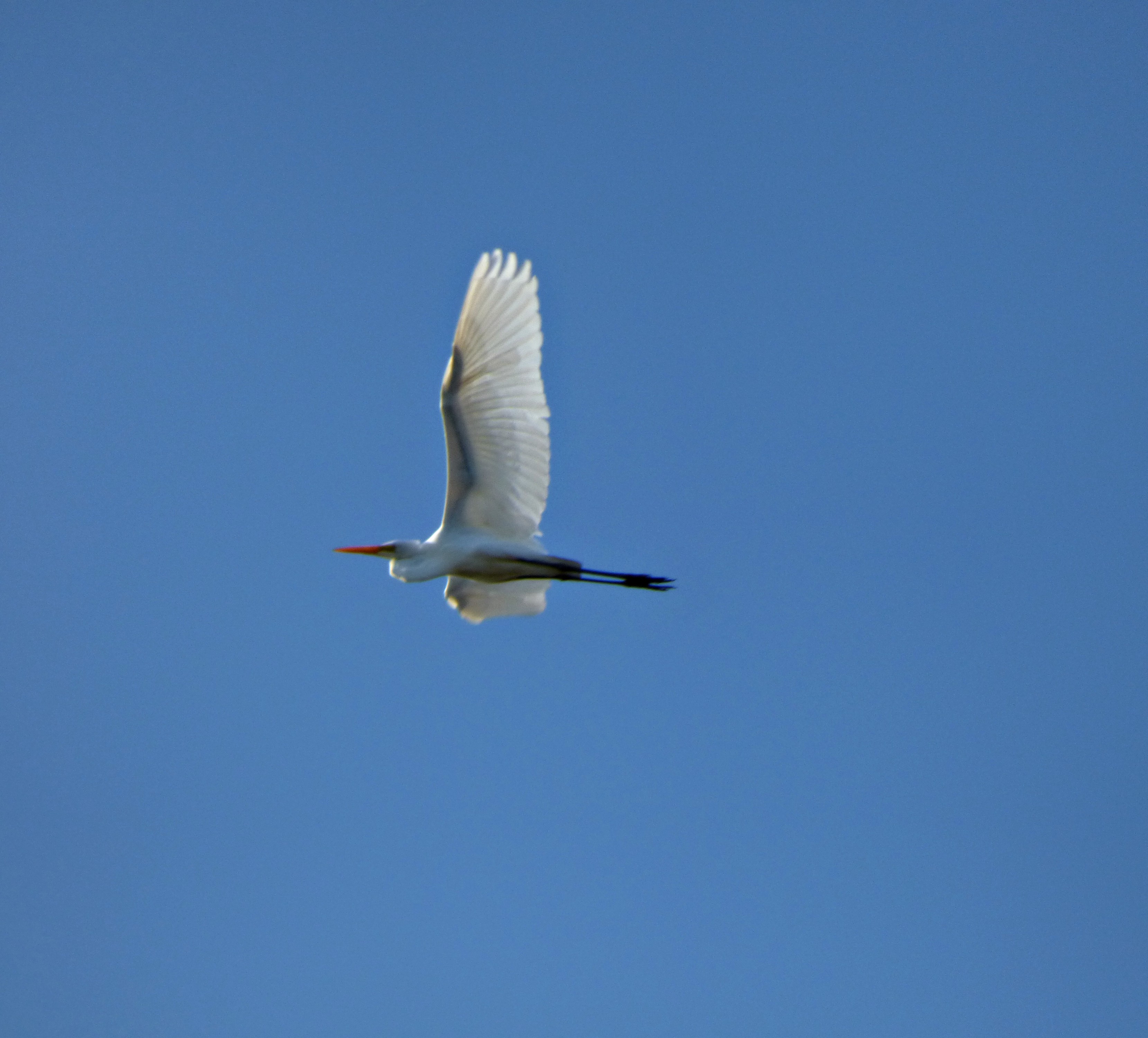 A pair of blue-gray gnatcatchers (Polioptila caerulea) were loudly and aggressively confronting a female brown-headed cowbird (Molothrus ater) close to their nest.  They didn’t sit still very long, but I was able to capture one in mid call. 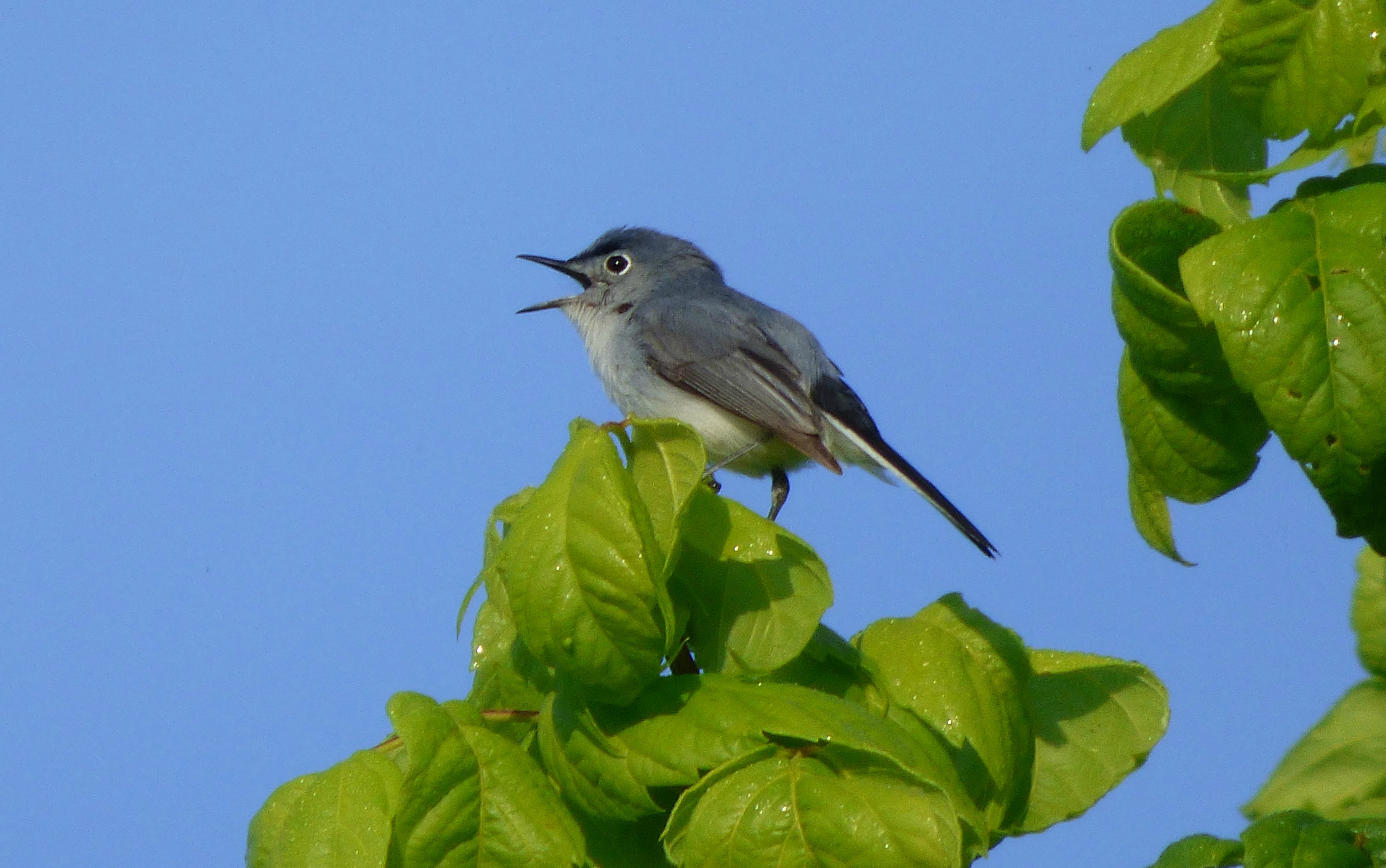