Coral Triangle is a geographical term that refers to a vast ocean expense located along the equator and the confluence of the Western Pacific and Indian Oceans. The region covers the exclusive economic zones of six countries: Indonesia, Malaysia, Philippines, Papua New Guinea, Solomon Islands, and East Timor (the “CT6” countries). It is considered as one of the 3 mega ecological complexes on Earth, together with Congo Basin and the Amazon Rainforest.

On this day in 68 AD, Emperor Nero facing punishment by the Roman Senate, killed himself (or rather, had an aide kill him).

Many years later, on July 9, 1934, Donald Duck made his first appearance in the Disney cartoon The Wise Little Hen  (below). Donald appears at 2:04, looking distinctly less neotenous than the modern Donald.  The lesson: “I’ll scratch your back if you’ll scratch mine.” Donald and Peter Pig lose out! No corn for the pig or the duck!

On June 9, 1954, Joseph Welch, special counsel for the U.S. Army, defended one of his lawyers against the accusations by Senator Joseph McCarthy that the lawyer was a communist. The famous rebuke by Welch, which marked the start of McCarthy’s downfall, included the words, “Have you no sense of decency, sir, at long last? Have you left no sense of decency?” Here’s a video summary of that famous exchange:

Here’s that famous exchange about the lawyer Fred Fisher:

On this day in 1968, Lyndon Johnson declared a national day of mourning after the assassination of senator Robert F. Kennedy, who died after an assassination on June 6. On June 9, 1973, Secretariat won the U.S. Triple Crown, taking the Belmont Stakes by a record 31 lengths. His time, 2:24 on a 1.5 mile dirt track, is still a record. Have a look at this horse run!

Secretariat was three when he won this, and lived 16 more years.

Finally, it was on June 9, 1978, that, after a “revelation”, the Mormon Church opened its priesthood to “all worthy men,” bringing to an end its 148-year policy of excluding blacks from the lay priesthood. what a convenient revelation from God, who must have changed his mind!

Meanwhile in Dobrzyn, Hili uses a big word. When I asked Malgorzata how she learned to use “heuristic”, I got this response:

She read Wikipedia’s definition of heuristic and thought it perfect for the purpose of catching mice:
heuristic, is any approach to problem solving or self-discovery that employs a practical method, not guaranteed to be optimal, perfect, logical, or rational, but instead sufficient for reaching an immediate goal.
A: What knowledge is necessary while catching mice?
Hili: Heuristic. 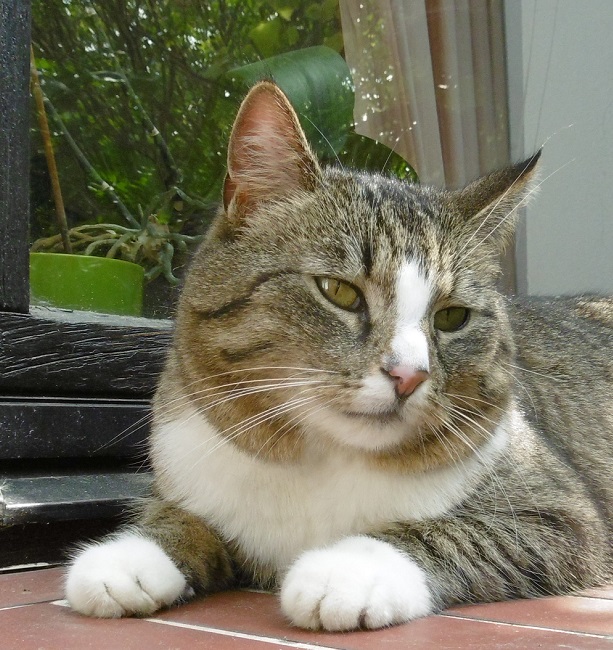 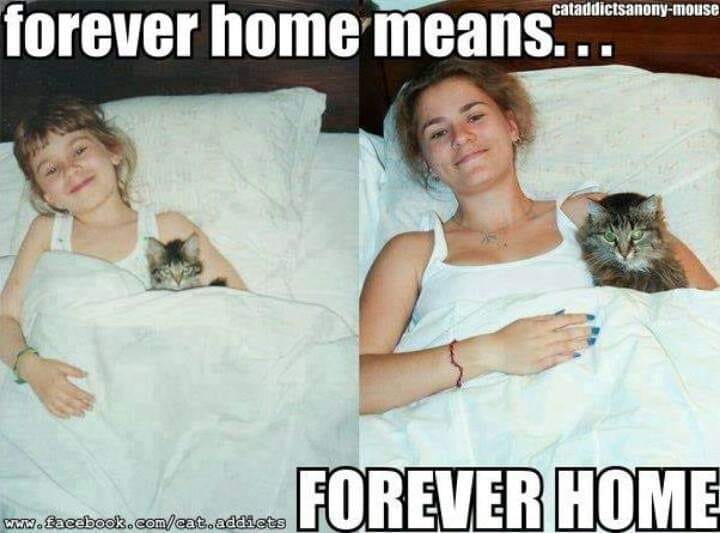 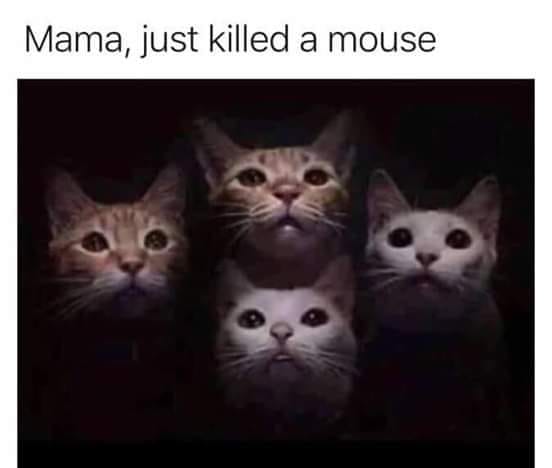 Look at the eyes on this fish:

A tweet from Orli. No cage can hold this determined moggie!

Tweets from Heather Hastie. One of Mr. Lumpy’s friends is a lovely fox:

She’s back again Beautiful Foxy Loxy she really does take my breath away 🥰🐾🐾🦊❤️ pic.twitter.com/0v0zKD51Qh

A lovely ceremony for those who died on D-Day:

Visited the grave of my friend’s father and witnessed a remarkable ceremony. The letters on the white crosses almost disappear in the brightness of the stone, so a soldier fills the indentations with sand from Omaha Beach to bring the name forward. It sent shivers down my spine. pic.twitter.com/e2G8KvvALt

This is the way I feel about my ducks. Be sure to turn the sound up.

Friendship with a wild animal is magic 💖 Thank you to @foxguardiansuk for sharing this story. pic.twitter.com/YmoCYCRr3u

Tweets from Grania. I have to get one of these plants, but I see they’re rare and pricey, and usually must be grown from seed or from a bulb. But they’re awesome!

Tweets from Matthew.  These colonial nests are massive (read about the bird here):

I’m going to be bold and say that these are possibly the largest bird nests in the world. Sociable weaver colonies can be big at the best of times but these power lines allow them to be larger than any tree could naturally support. #ornithology #fitztitute #birdnests pic.twitter.com/QXJlwO1NBK

Matthew says, “We’ve all been here”, and that’s true for drosophilists. My prize was the smallest fly I’ve ever seen, whom I named “Tiny”. I coddled him in a vial for his entire life.

Me to the only male fly with the correct recombinant genotype after 2-mo. worth of crossing:
Your Highness, may I present to you Lady Curly-O, from the nobel double-balanced house of TM3. May you pass on your correct & valuable genotype & produce a multitude of fertile heirs! 🤞 pic.twitter.com/RjABjGZNWp

Facebook fake content: This video on Facebook has 6.5 million views and 110,000 likes in 7 hours. 30 thousand people are watching it right now. It is totally fake. 1/ pic.twitter.com/GQw4ubS7pJ