Good morning on Thursday, June 6, 2019—the 75th anniversary of D-Day. Veterans of that operation, or of WWII in general, will be nearing 100 years old, and young people will live to see the last WWII veteran pass away. It’s very sad. There are some videos and tweets below to pay homage to those who fought for a good cause.

It’s National Gingerbread Day, and also Queensland Day, celebrating that date in 1859 when Queen Victoria allowed the colony to become self governing.

Posting will be light today as I’ve things to do. But, as always, I try my best. However, it’s disheartening that traffic continues to drop, comments are few on the science posts that people claim to like, and I’m always wondering whether I should give up this site.

I missed yesterday’s Google Doodle (click on screenshot below), which honored Elena Cornaro Piscopia, born June 5, 1646, who became the first woman in the world to get an academic degree from a university (Padua). Piscopia was a polymath, as you can read at the Wikipedia link. She was a first, and her like was rare for centuries thereafter; how many talented women were never given the chance to get university degrees! From Wikipedia:

Upon the recommendation of Carlo Rinaldini, her tutor in philosophy, Felice Rotondi, petitioned the University of Padua to grant Cornaro the laurea in theology. When Cardinal Gregorio Barbarigo, the bishop of Padua, learned that she was pursuing a degree in theology, he refused on the grounds that she was a woman. However, he did allow for her to get a degree in philosophy and after a brilliant course of study she received the laurea in Philosophy.The degree was conferred on 25 June 1678, in Padua Cathedral in the presence of the University authorities, the professors of all the faculties, the students, and most of the Venetian Senators, together with many invited guests from the Universities of Bologna, Perugia, Rome and Naples. Lady Elena spoke for an hour in Classical Latin, explaining difficult passages selected at random from the works of Aristotle: one from the Posterior Analytics and the other from the Physics. She was listened to with great attention and when she had finished, she received plaudits as Professor Rinaldini proceeded to award her the insignia of the laurea: a book of philosophy, a laurel wreath on her head, a ring on her finger, and over her shoulders an ermine mozzetta. She was proclaimed Magistra et Doctrix Philosophiae [“teacher and doctor in philosophy”].

On this day in 1822, as Wikipedia notes, “Alexis St. Martin is[was] accidentally shot in the stomach, leading to William Beaumont‘s studies on digestion.” St. Martin lived to be 78.

On June 6, 1844, the world’s first mechanically frozen ice rink, the Glaciarum in London, was opened. Exactly fifteen years later Queensland was established as a colony separate from New South Wales, so it’s also Queensland Day, as noted above. In 1889, the Great Seattle fire destroyed the entirety of downtown Seattle. Three years thereafter, the Chicago Elevated Rail System (the “L”) opened for business. It’s still up and running.

On June 6, 1912, the biggest volcanic eruption of the twentieth century, that of Novarupta in Alaska, began, releasing 30 times the volume of magma unleashed by the eruption of Mount St Helens, and producing the present Valley of Ten Thousand Smokes.

On June 6, 1939, Judge Joseph Force Crater, after having vanished without a trace on August 6, 1930, was declared legally dead. He is one of the most famous missing persons in American history.

And, of course, on June 6, 1944 the Allied invasion of Europe (“Operation Overlord”) began as 155,000 Allied soldiers landed on the beaches of Normandy, France. Despite considerable losses, the invasion was a success, as the pushback of the German Army began from the West.

Here are two movies commemorating the invasion and showing some re-enactments. The first, detailing the fraught history of American-British cooperation in the invasion, was sent by reader Michael:

And some old planes resurrected to use in re-enacted paratroop jumps:

On this day in 1985, as Wikipedia notes, “The grave of ‘Wolfgang Gerhard; [was] opened in Embu, Brazil; the exhumed remains [were] later proven to be those of Josef Mengele, Auschwitz‘s ‘Angel of Death’; Mengele is thought to have drowned while swimming in February 1979.”

Finally, in 2005, in the case of Gonzales v. Raich, the U.S. Supreme Court upheld the federal law banning the production and consumption of cannabis and medical marijuana. Marijuana remains illegal on the federal level, though it’s been declared legal in many states: a conflict that must some day be resolved.

Meanwhile in Dobrzyn, Hili has slept on a wicker shelf high off the floor in the front alcove. When she stays out late and the humans go to bed, the front door is left open so Hili can jump on her elevated “nest” to spend the night:

A: What are you thinking about?
Hili: About all those poor cats who do not have a shelf high on the wall. 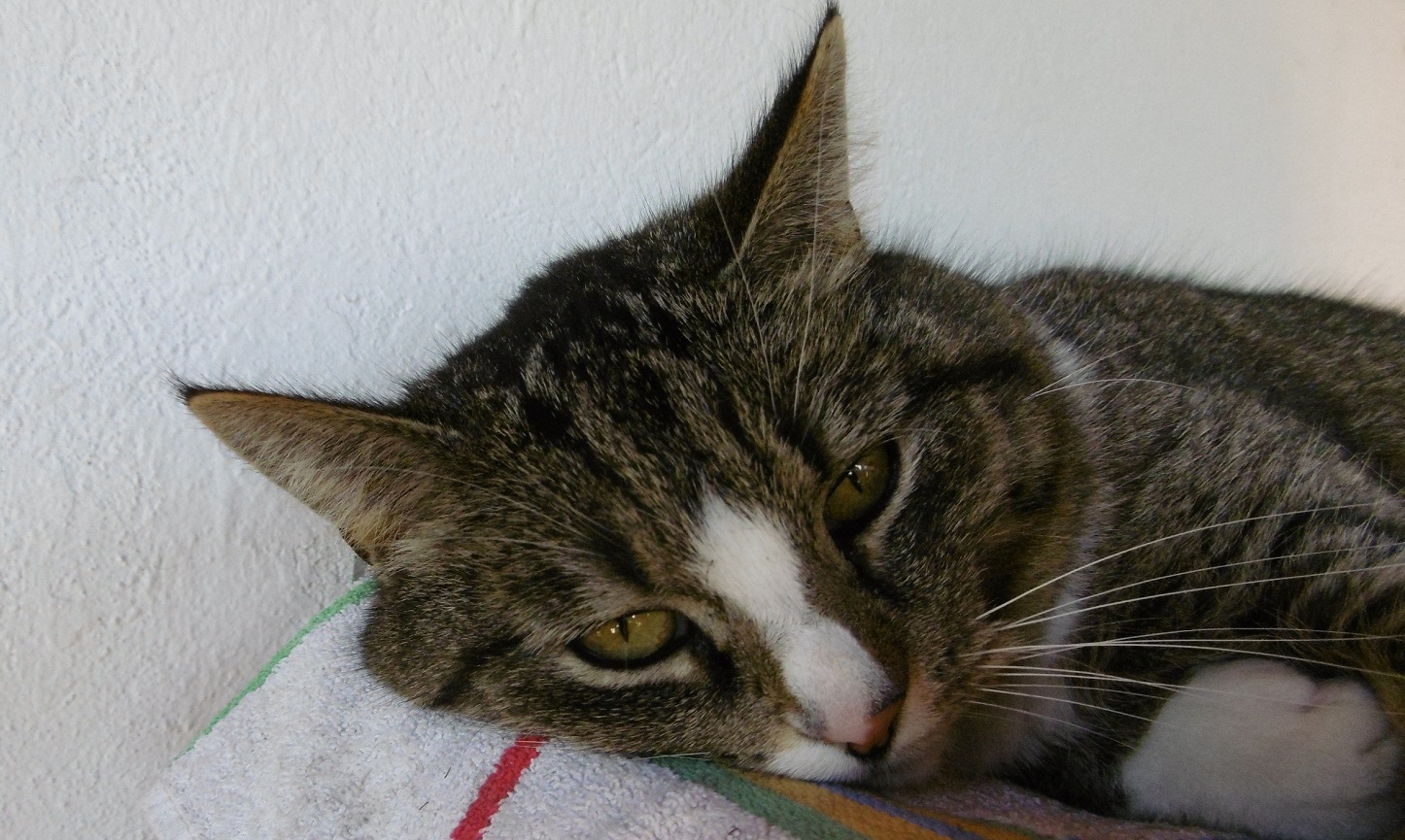 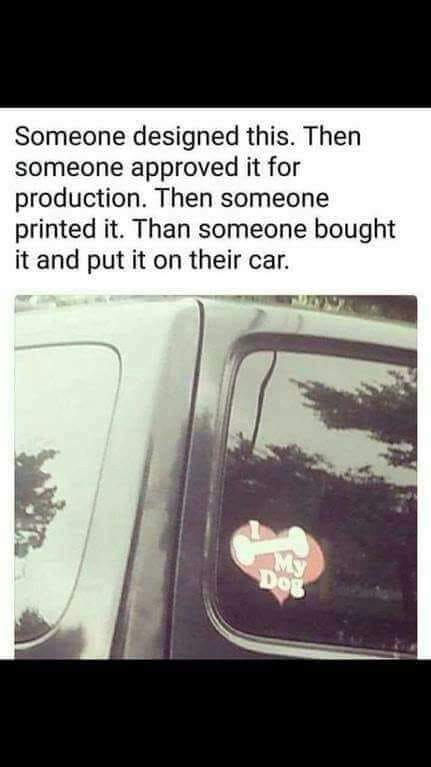 A tweet from reader Barry.  Is monogamy natural in cats? Apparently not.

When You Get Caught:

👥Only ~4% of the ~5,000 species of mammals (including humans) are known to form lifelong, #monogamous bonds

👥”Monogamy is for order and investment, but not necessarily because it’s natural”

Several ravens were born at the Tower of London this year, and one of them, George, is going to stay. Here he is on the Ravenmaster’s bed (tweets from Nilou):

What a handsome lad George is! His blue eyes and still-pink mouth mark him as a yearling raven.

This is so fun to watch 😹 pic.twitter.com/3lojxMChlc

A pair of tweets from Matthew In honor of the brave men who fought a just war. Here’s a 95-year old veteran who parachuted into France on D-Day 75 years ago. The second video is an interview before the jump:

Harry made the second jump! Thank you for your service, sir:

Matthew is rightfully a fan of Buster Keaton. Keaton did many of his own stunts, but don’t ask me how they pulled this one off!

Buster Keaton was and remains the champ of stunts.
That tram stunt!!
more of similar: https://t.co/urdysFxIV5 pic.twitter.com/Uiy3f3rbnw

Tweets from Grania.The first one is a good party trick.

This is physically impossible.

The laws of physics don't apply to goats… pic.twitter.com/Ly15JsIcx0

This pampered squirrel must be a pet, because no wild squirrel would let you massage it without biting the hell out of you:

Squirrel enjoying a nice massage what a feeling 😍 pic.twitter.com/mttrBmfeR9