Well, it’s June 1, 2019, and summer begins officially in three weeks. It’s National Hazelnut Cake Day, an odd food holiday if ever there was one, and, to help down the cake, World Milk Day (not an Aryan holiday!)

On the duck front, all ten ducklings are thriving, and eating more than I’ve ever seen: even more than the eight full-grown ducklings that Honey had last year. I now have ordered 75 pounds of Waterfowl Starter chow to get them through the summer. I swear on the paw of Ceiling Cat that all ten will fledge!

This entry a bit dubious, but, as Wikipedia notes, it was on this day in 495 that “a monk, John Cor, records the first known batch of Scotch whisky.” In reality, the Wikipedia entry says this:

John Cor is the name of the monk referred to in the first known written reference to a batch of Scotch Whisky on 1 June 1495.
“To Brother John Cor, by order of the King, to make aqua vitae VIII bolls of malt.” — Exchequer Rolls 1494–95, Vol x, p. 487

Apparently Cor himself didn’t record anything, much less having made a batch of whiskey.  Some day we’ll get a perspicacious analysis of Wikipedia’s flaws with Greg Mayer’s post, “What’s the matter with Wikipedia,” which has been languishing in draft, despite my harassment of Greg, for at least four years. But here’s the order to Brother Cor if you can make it out:

On June 1, 1533, Anne Boleyn was crowned Queen of England. She remained Queen until May of 1536 when, of course, her head was lopped off.  On this day in 1660, Mary Dyer, a Quaker, was hanged in Boston for the crime of being a Quaker, and repeatedly practicing her faith despite being warned. She was one of four Quakers hanged in the Massachusetts Bay Colony, as there was no “freedom of religion” back then, and states could set their own rules.

On this day in 1812, President James Madison asked Congress to declare war on the United Kingdom, launching the War of 1812. In 1821, James Clark Ross became the first European to reach the North Magnetic Pole, which lay on the Boothia Peninsula in northern Canada. On June 1, 1857, Charles Baudelaire’s influential volume of poetry, Les Fleurs du mal, celebrating hedonism and eroticism, was published. Here’s the title page of the first edition with Baudelaire’s notes on it: 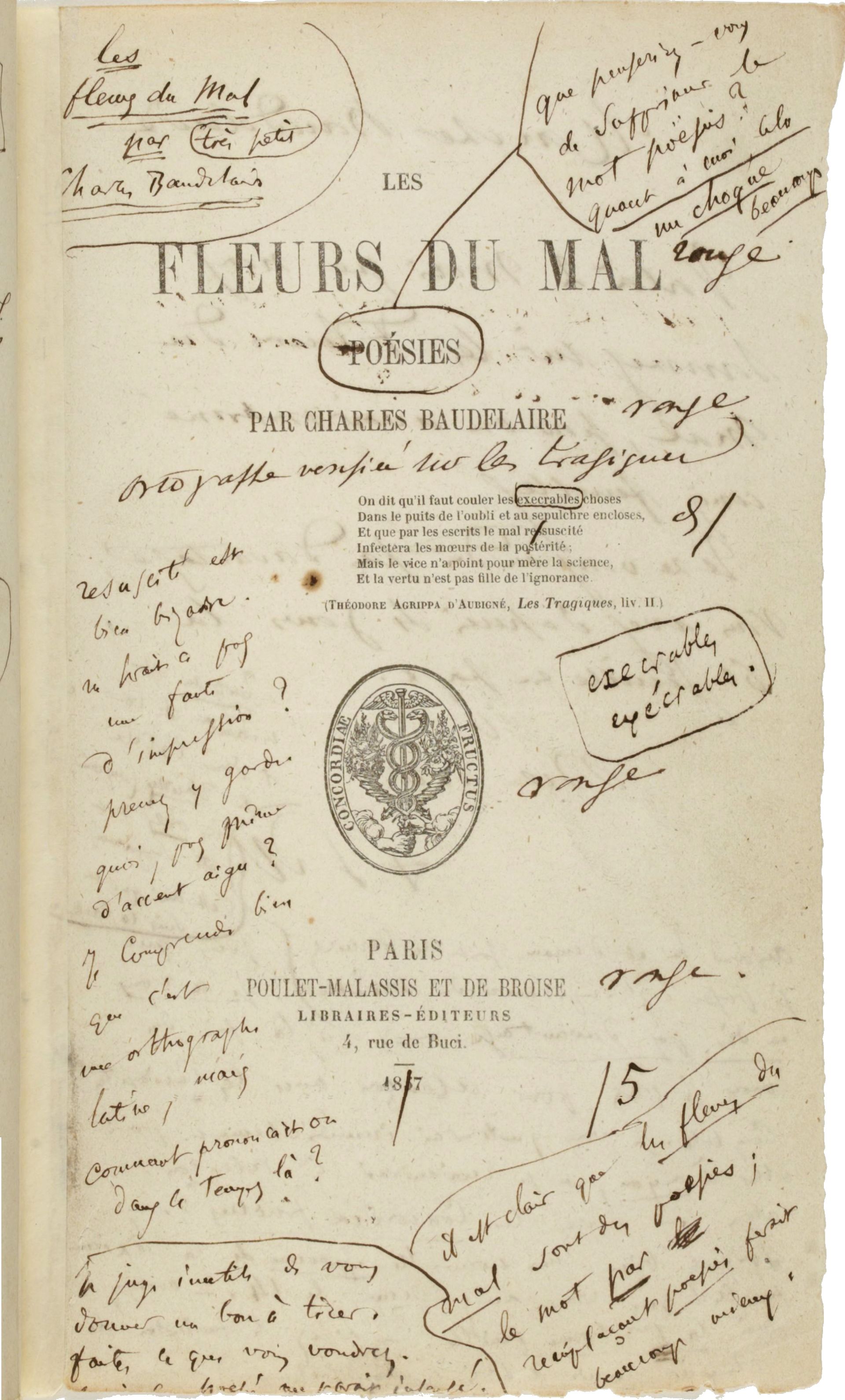 On June 1, 1916, Louis Brandeis became the first Jewish person appointed as a justice of the United States Supreme Court.  On this day in 1962, Adolf Eichmann was hanged in Israel for war crimes. And exactly two years later, Kenya became a republic, with Jomo Kenyatta as its first President. He served until 1978, when he died.

Finally, it was on June 1, 1974, that the journal Emergency Medicine published an unrefereed paper detailing the Heimlich maneuver, now called “abdominal compressions.”

Here’s the Heimlich Maneuver, which apparently has a new name (see the second video below). Watch and learn, please. Remember: make a fist with your four fingers, put your thumb in the navel area, then roll your hand upward and make a full fist. Put the hand on top, and then press in and up.

I really need to learn this professionally, as well as how to perform CPR. Does anybody know where lessons are given?

And a revised procedure, combining the Heimlich with blows to the back. This is apparently recommended by the American Red Cross. So watch and learn again:

Finally, it was on this day in 2001 that Crown Prince Dipendra of Nepal, who had been king for three days, shot and killed nine people, including his parents. He then shot himself, dying a few days later.

U.S. Army intelligence officers who debriefed Ms. Hitler after the war noted that she bore a striking resemblance to her older brother Adolf, but I don’t see it. Do you? 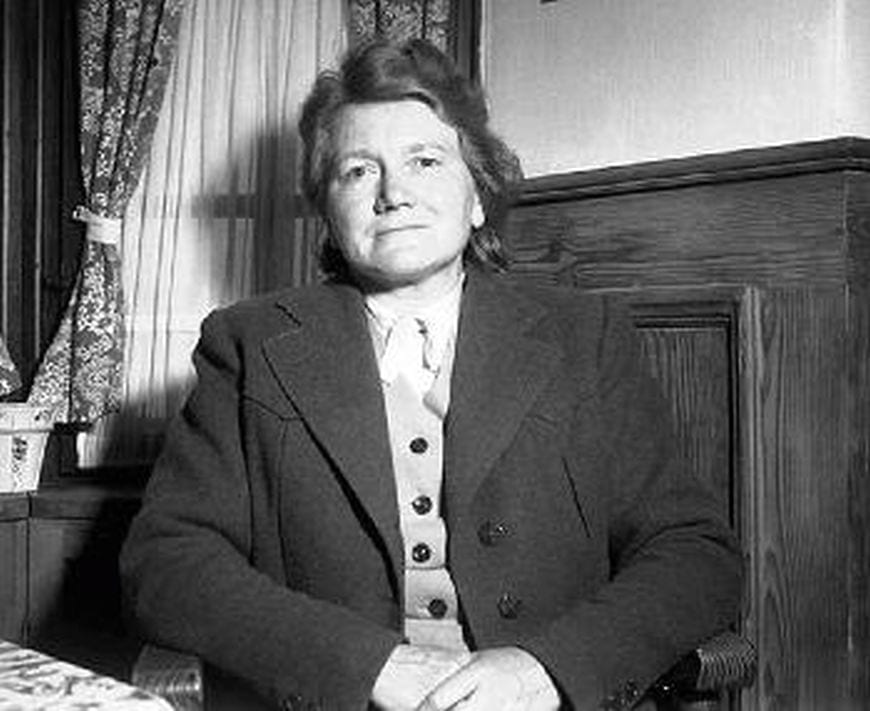 Meanwhile in Dobrzyn, Cyrus is scared and huddles with Hili:

Cyrus: I think there is a mouse in the kitchen.
Hili: You are hallucinating. I would have heard it. 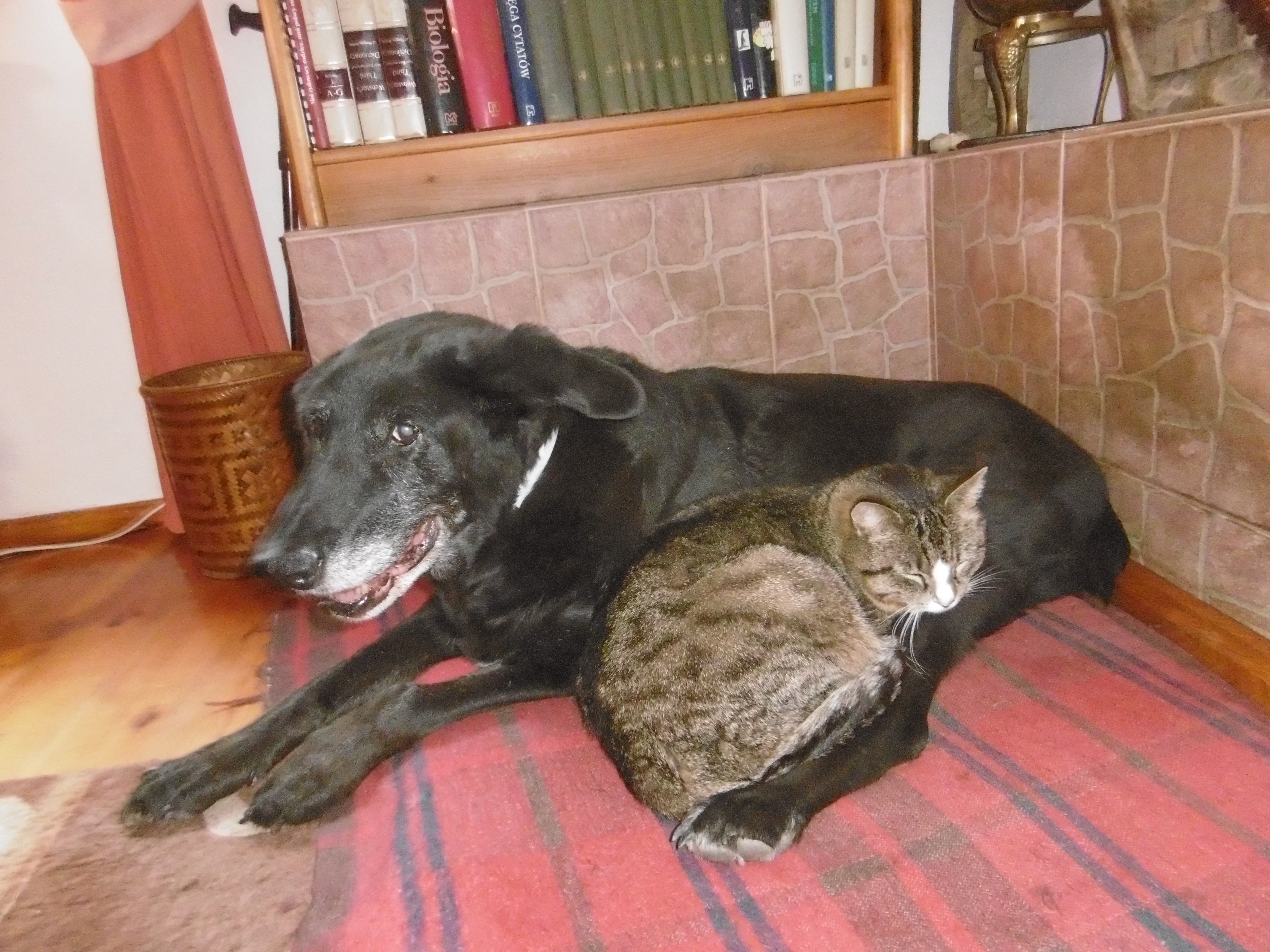 From Merillee: a rare photo: a murmuration itself shaped like a bird! 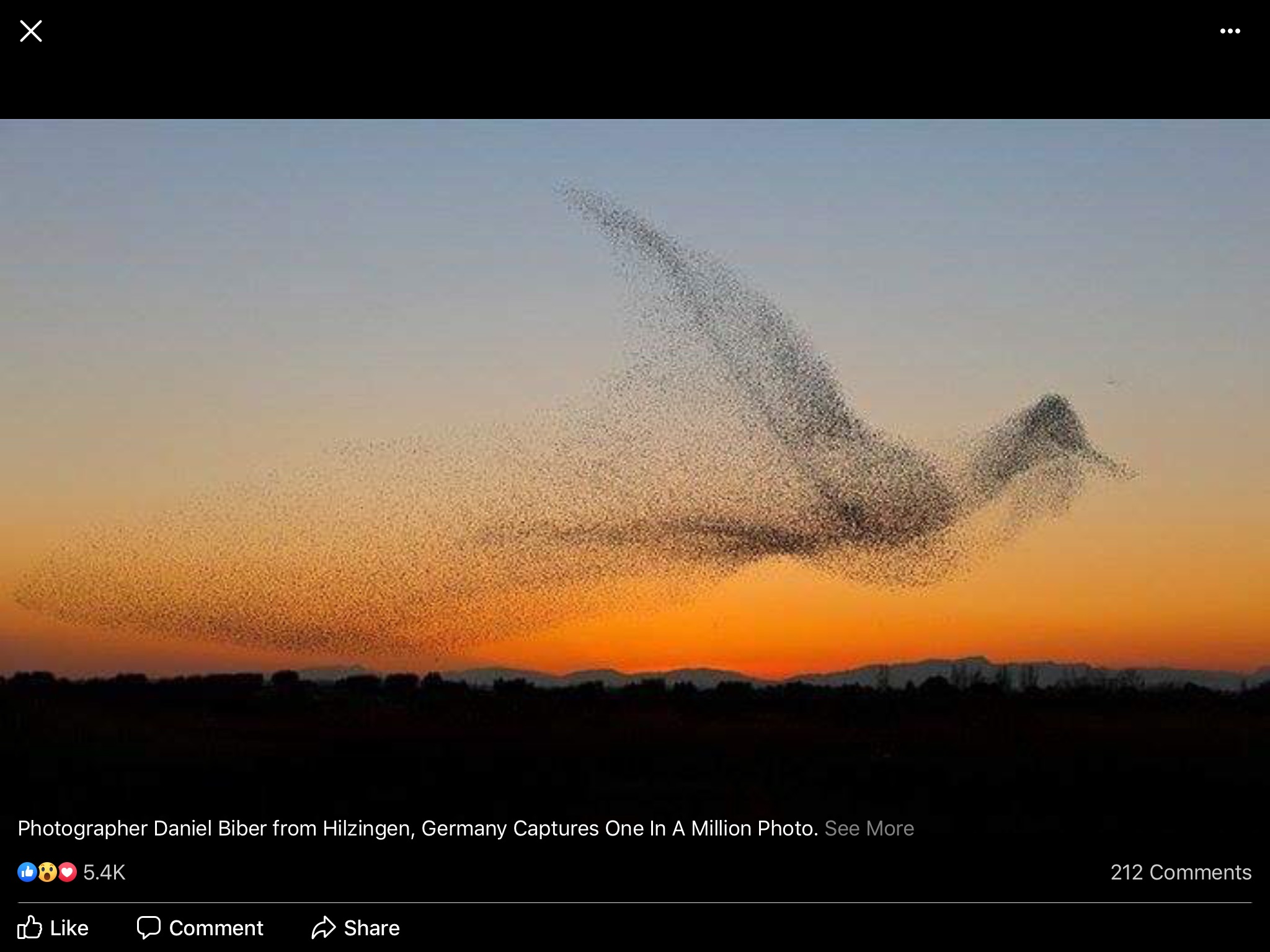 Tweets from Grania. This first one shows an early tattoo on a 2500 year old mummy, and it’s a nice tattoo, too!

This 2,500-year-old female mummy is known as the “Ice Maiden". It is one of few in existence with visible tattoos. pic.twitter.com/27Upuxgo6d

The response to this report is quite funny:

I’ve long maintained a theory, which is mine, that medieval artists couldn’t draw cats, often giving them human faces. In fact, this is not a theory but a fact, as shown below:

How to recharge a sleeping cat:

Some lovely people at Home Depot. Read more at the link:

THIS IS AWESOME! Two-year-old Logan Moore needs a walker to get around but his family didn't know if insurance would cover for one, so his local Home Depot found parts to make it themselves. 🥺❤️ MORE: https://t.co/V0YoW3FHuk pic.twitter.com/8QLHa2a8Mq

Tweets from Matthew. This first one is a great Batesian mimic: a fly that’s evolved to resemble a bee:

Look at this swole robber fly (#Asilidae)! At first I thought it was a species of #Mallophora due to the bulk, but realized it's a #Laphria (L. thoracica) after looking more closely. Great #bumblebee mimic – I was certainly impressed! pic.twitter.com/KIeTNBbU8b

Most skinks, which are lizards, have very small legs, but this one is ridiculous. Perhaps the legs are becoming vestigial, so it’s on its way to evolve into a snakelike creature:

Syllids are marine polychaete worms, and this one, with its red eyes and transparent body, is particularly striking:

Albino moose! Two of them!

ANGEL: Hair on the outside?

ANGEL: Milk on the inside?

ANGEL: So, this is another mammal?