There’s only good news from Botany Pond: all ten ducklings are thriving, as are Katie and Gregory, with the drake making an appearance about half of the mealtimes. Since they were born on May 7, they’re now 24 days old.

I was a bit freaked out this morning for two reasons, though. First, when I came to the pond early to give them breakfast, no ducks were visible—anywhere! My heart sank as I imagined that Katie had walked away with them: certain death for the little ones. But after about five minutes of whistling, they mysteriously appeared, gliding into the pond from under the bridge. They weren’t to be seen anywhere on the pond before that, so perhaps they were foraging on land. They were also skittish and wouldn’t eat.

I came back an hour later and the ten ducklings were huddled together in a group in the middle of the pond—and Katie was gone! I thought, “Oh no, I’ll have to call Fish and Wildlife to take them in.” But as I whistled to them, there was a quack above, a whirr of wings, and a splash across the pond. With loud and repeated quacking, Katie landed and swam rapidly toward the ducklings, who were delighted to see her again. I don’t know where she was, but she was clearly nearby. My hypothesis is that she was foraging on her own and keeping an eye on her brood. Everyone had a hearty lunch at 10:30 and I’m about to feed them again.

I’m not sure why the whole family tends to be skittish in the morning. But here are a photo and two videos of the “fam,” eating and bathing, and a view of what the ducklings look like now that they’ve grown a bit. 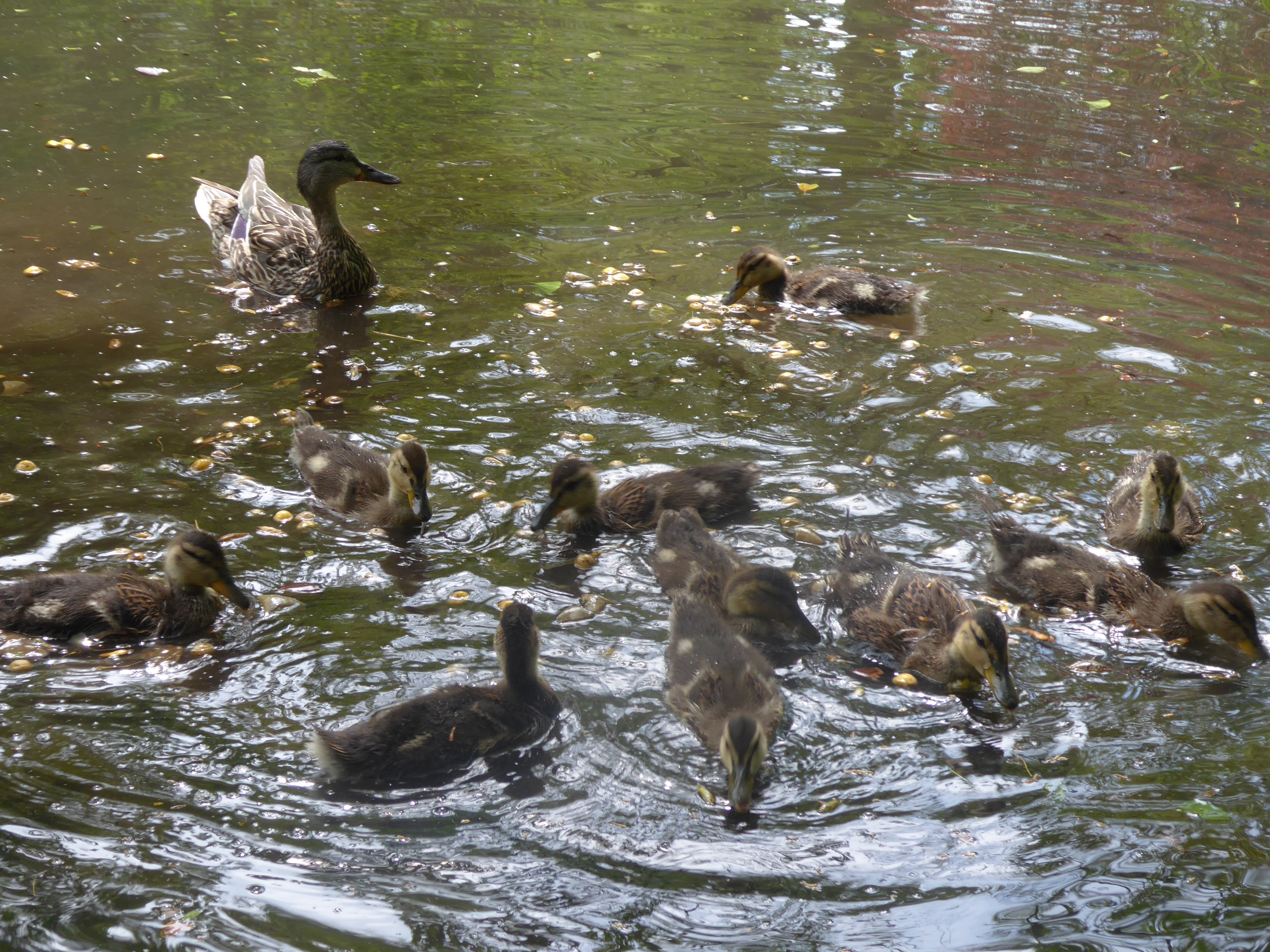 An adolescent duckling, with down disappearing and feathers starting to appear from the neck backwards. They are growing at an astounding rate: I’ve tripled my allotment of food since they were born a couple of weeks ago. But they’re still cute. Soon they will become awkward teenagers. 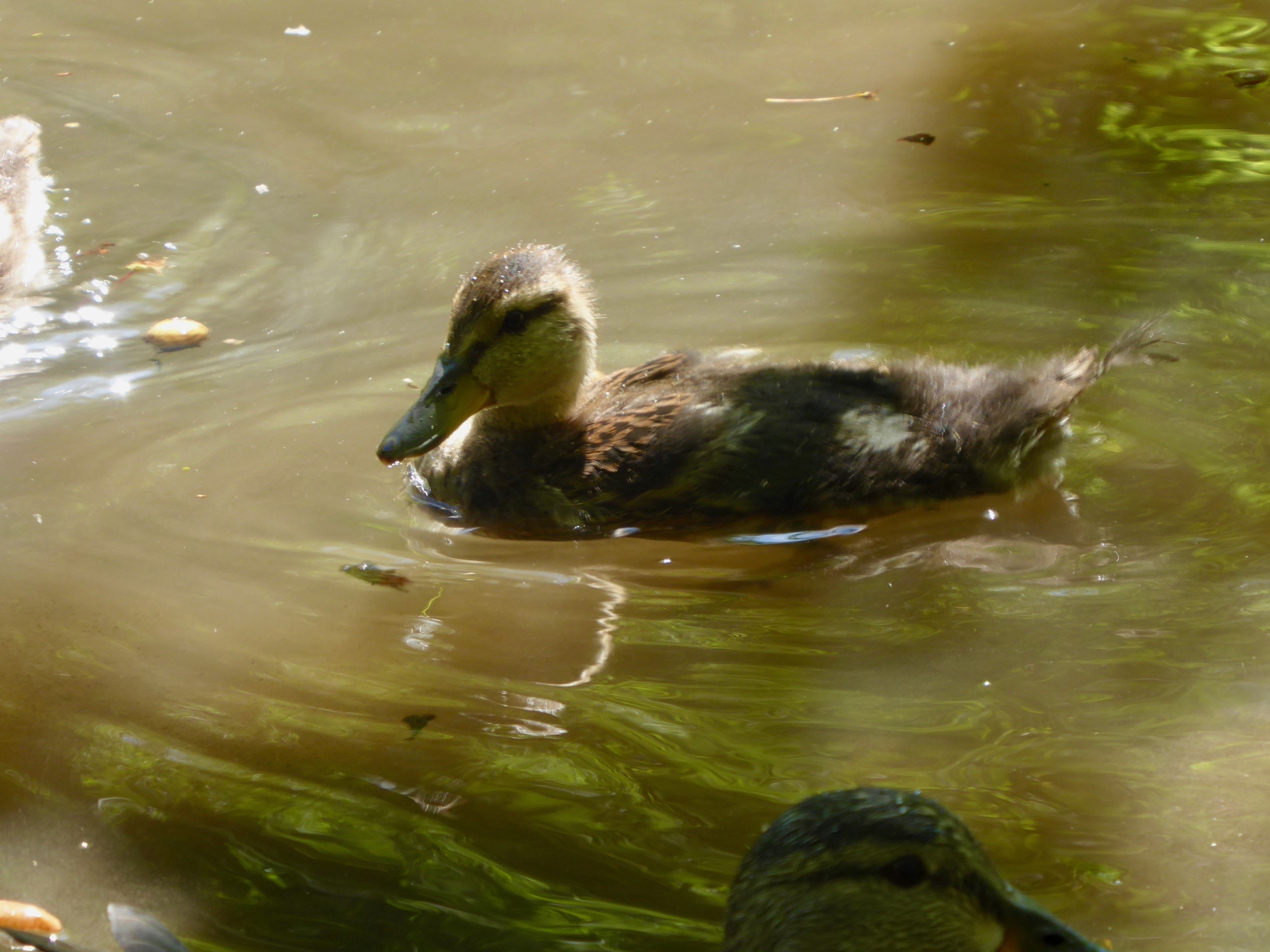 A vigorous bout of bathing: