Well, we’ve reached the end of May, as it’s May 31, 2019, and June is just tomorrow. It’s National Macaroon Day (real chewy macaroons are far better than those chi-chi and pricey French “macarons” that are all the rage now), and also World No Tobacco Day, though I enjoy a good cigar now and again.

News of the day: Nick Cohen  calls the Labour party racist; click on Theo Isherwood’s tweet to hear the recording of a Labour flak accusing the Israeli Embassy of organizing anti-Labour sentiment (not true).

Why complicate simple moral questions? Labour is a racist party. Don't vote for it until it isn'thttps://t.co/MjvQL5E2fr

On May 31, 1669, Samuel Pepys set down the last event in his diary, fearing he would go blind writing in the dim light if he continued. He lived another 34 years without loss of vision, but never wrote in his famous diary again. In 1859, the clock tower at Britain’s Parliament, housing Big Ben (that’s the name of the bell, not the clock), began keeping time. On this day in 1889, the great Johnstown Flood: occurred in the eponymous town in Pennsylvania and other nearby towns, killed over 2,200 people after a dam burst.  One witness, seeing the flood full of animals, houses, and trees said the water resembled “a huge hill rolling over and over”. Here’s a contemporary rendition, which of course may be overly dramatic: 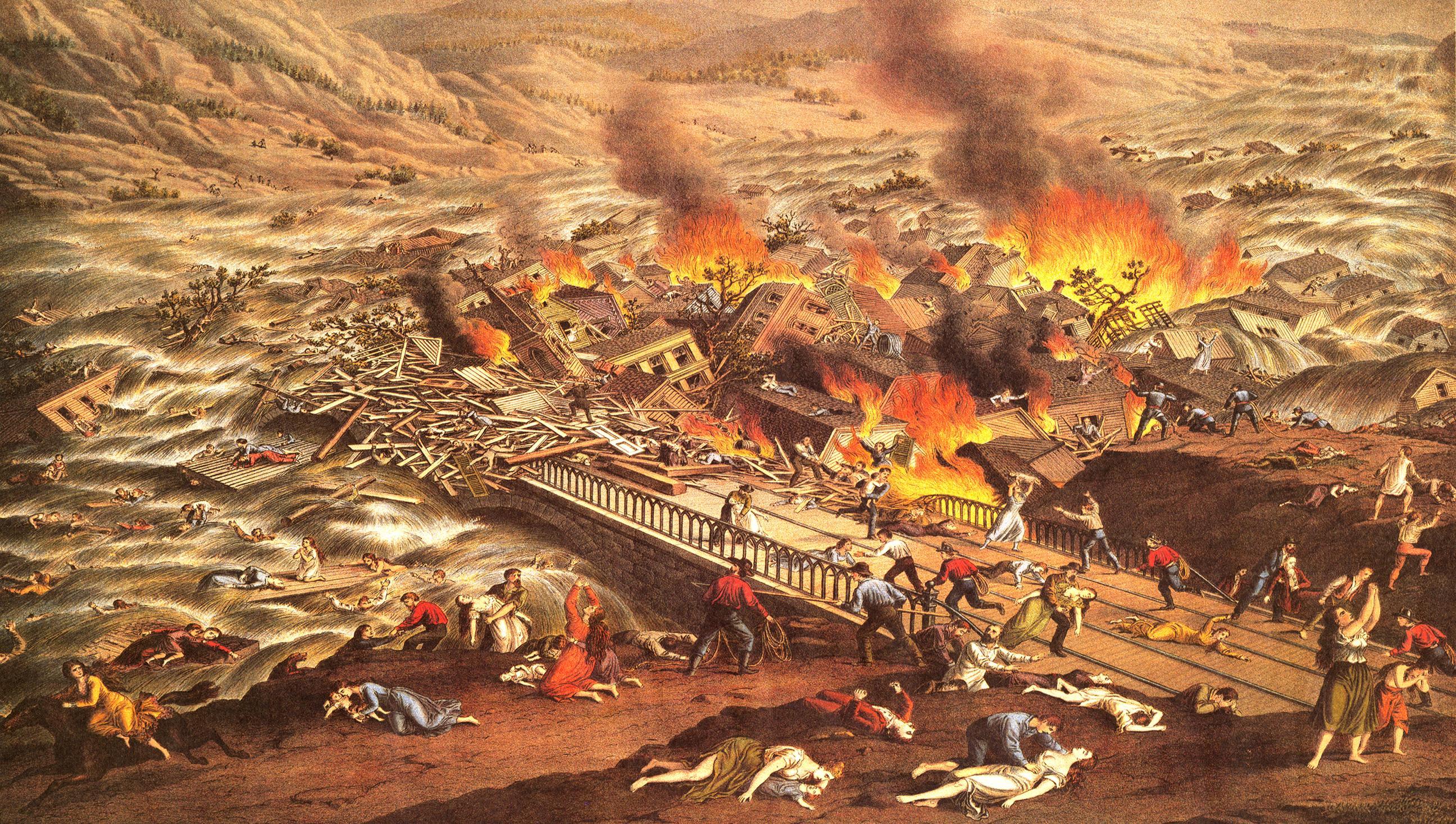 On May 31, 1910, the South Africa Act of the British Parliament established the Union of South Africa. Exactly one year later, the RMS Titanic was launched in Belfast.  And in 1927, the last Ford Model T rolled off the assembly line.

And on this day in 1942, midget submarines of the Japanese Imperial Navy began attacking Sydney, Australia, sinking a ship and killing 21 people. These small submarines also played a role in the 1941 attacks on Pearl Harbor; you can see a very short video of them below. It was over 130 degrees F inside these things!

On May 31, 1975, the only high school dance ever held at the White House took place, the senior prom of the Holten-Arms School in Bethesda, Maryland. That’s because Susan Ford, daughter of President Gerald Ford, was in the senior class. Exactly 30 years later, Vanity Fair revealed that “Deep Throat” of the Watergate era was FBI agent Mark Felt.

On this day in 2009, Usain Bolt broke the world’s record in the 100-meter dash, with a time of 9.72 seconds. A year later he set the current record, 9.58 seconds, an amazing feat. You can see that performance below, but you’ll have to click on the “watch on YouTube” words. 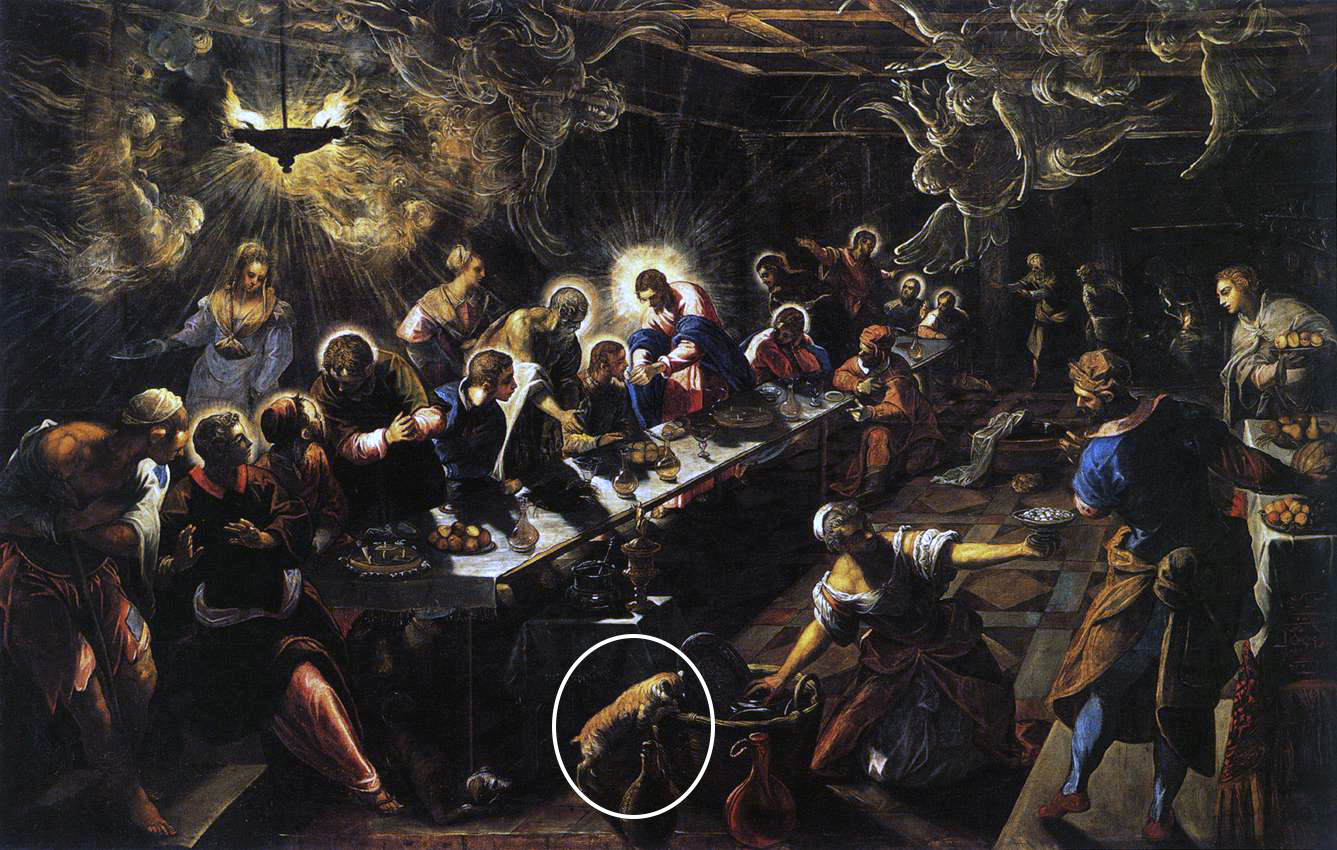 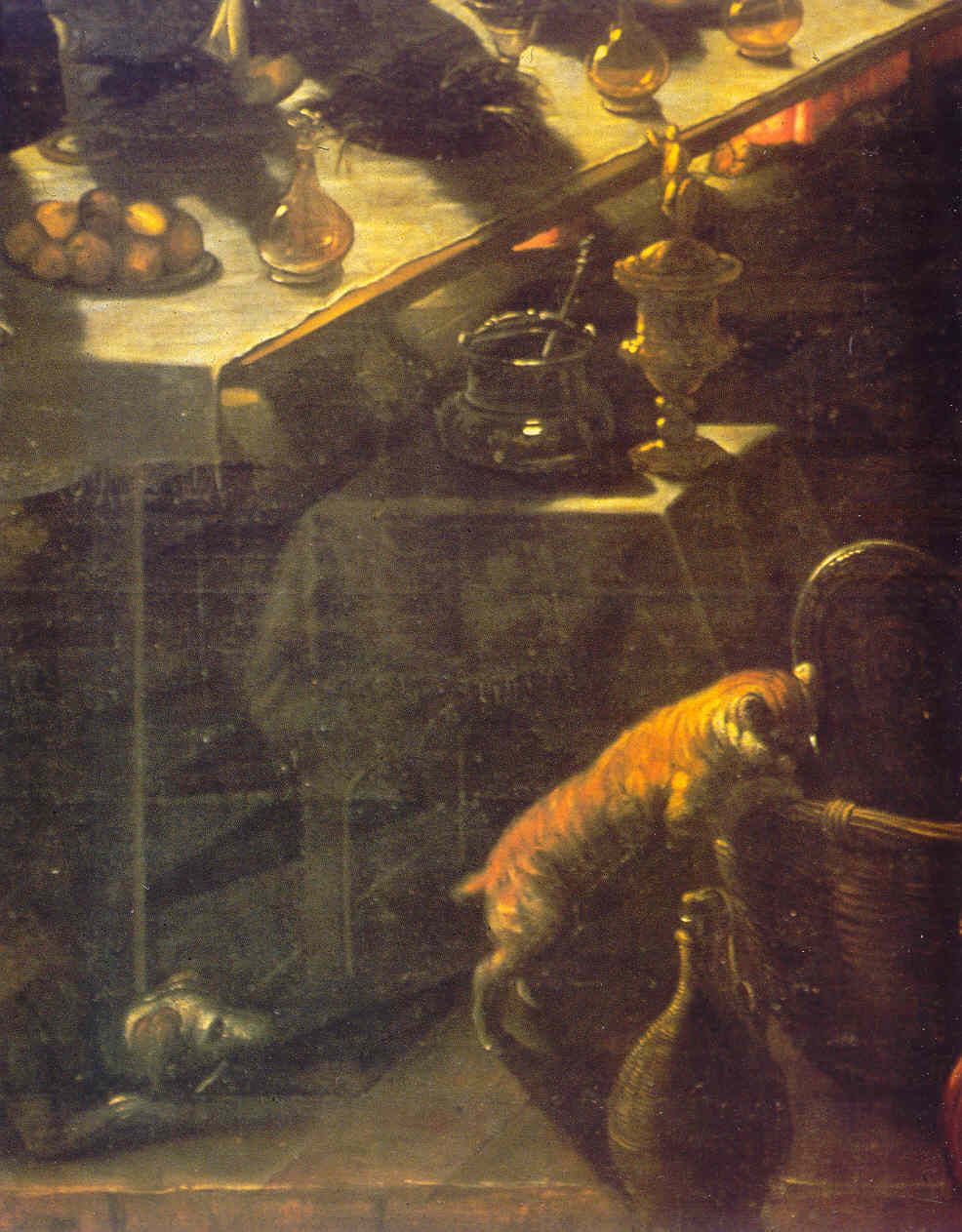 Meanwhile in Dobrzyn, Hili is messing with everyone.

Hili: I can hear the grass growing.
A: I think you are exaggerating.
Hili: Well, maybe a bit. 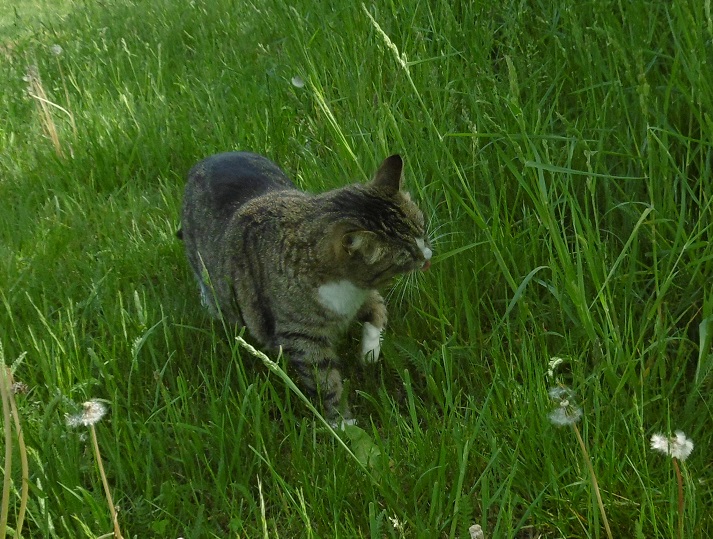 My cat BFF Pi got his face washed, and he didn’t like it, leaping away before he could be dried: 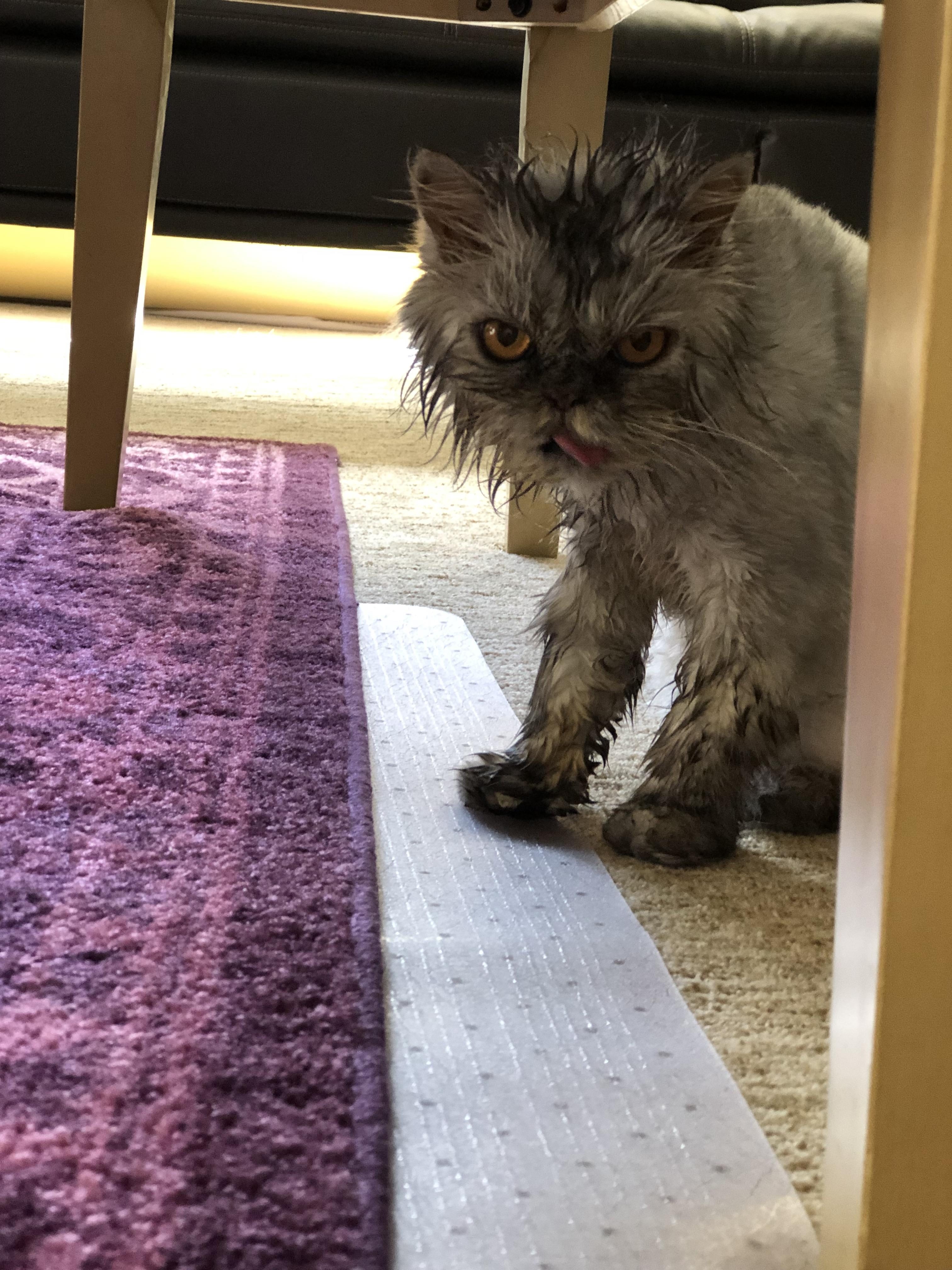 A tweet from Barry, who says, “Incredible reflexes!” Look at the speed of that crocodile—and of the faster antelope!

The reflexes of an antelope are crucial for its survival: here a crocodile attack si shown in slow motion https://t.co/szbHhaJvaT pic.twitter.com/rge7btmrSh

From Nilou, whose tweet describes a rather disgusting scientific experiment:

I thought stepping on Legos was the worst.

Also from Nilou. There’s a whole thread on  the Cat with the World’s Best Name:

Tweets from Grania. The first shows a skilled crustacean architect:

What I would have given to see this!

Manatees are known as 'sea cows' because of their similar size, peaceful temperament and diet of plants and weeds. When a herd of about ten of them calmly swims below, you can just silently watch them go by https://t.co/kcmc67SKTg pic.twitter.com/Cg5K0U0SGa

Tweets from Matthew. The first shows not a fish, but a fish-shaped brood pouch of a mussel whose appearance attracts predatory fish. When the predators open their mouths to ingest the faux fish, a brood of young and temporarily parasitic mussel larvae is ejected into their gaping maws. This is a stunning case of “aggressive mimicry”.

Wavy-rayed Lampmussel (Lampsilis fasciola), displaying her darter-mimicking lure in the hopes of attracting an unsuspecting bass so she can infect it with her babies. Green River, Ky. #FreshwaterMussels pic.twitter.com/pELGn1SNcQ

Some lovely jewelry designed by an entomologist at London’s Natural History Museum:

So I treated myself to a 3D printed silver Drosophila, made by @sjewelry1824 😏 #entomology #fashion #bling #YearOfTheFly #flies pic.twitter.com/8xK33XnV64

I’m not sure I get all the lingo, but I like the cats:

The side bitch ran outta there with a quickness!!!! pic.twitter.com/nWu8oYmcsC

LOOK AT A BIRD EAR!

me: *stares off into the distance*