It’s Monday, May 27, 2019, and tomorrow I’ll be heading back home tomorrow to resume my work, now including Duck Duties. Posting will be light today as I finish my  R&R.

In the U.S. it’s Memorial Day, a national holiday honoring fallen members of the armed forces, but ducks don’t stop eating on holidays.

It’s also National Italian Beef Day, a sandwich for which Chicago is justifiably renowned. I get mine “hot and wet”, local jargon for “garnished with hot giardiniera (pickled vegetables) and dipped in the beef juice”. Here’s a classic Italian beef: hot and wet. 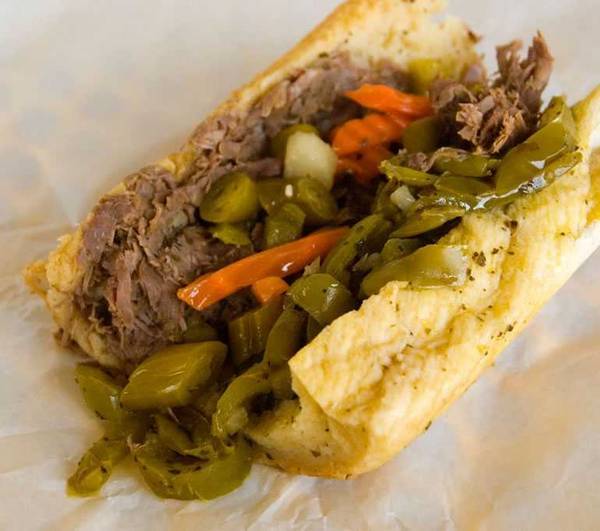 May 27 was a fairly busy day in history. In 1703, Tsar Peter the Great founded St. Petersburg, which once again bears that name (it was Leningrad for a long time). On May 27, 1927, the last Ford Model T was made and the company began retooling its plants to produce the Model A. Here is the difference:’ 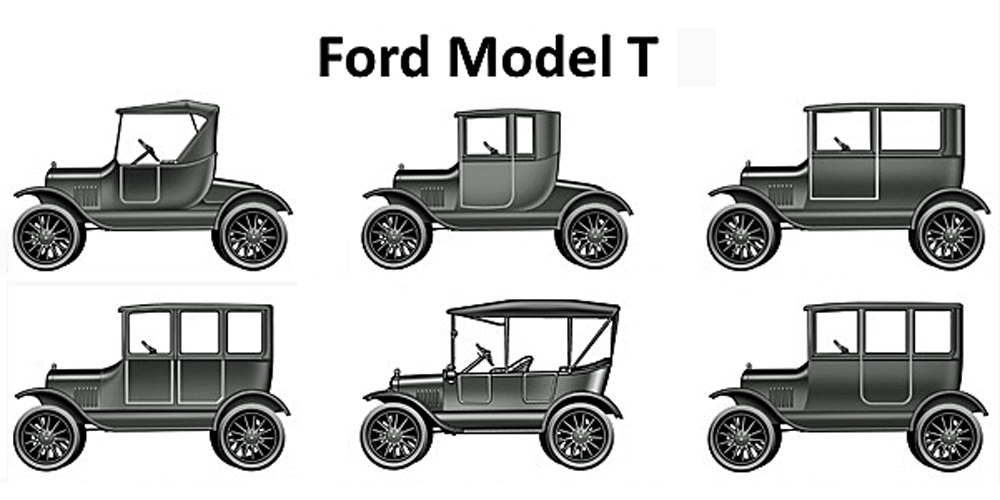 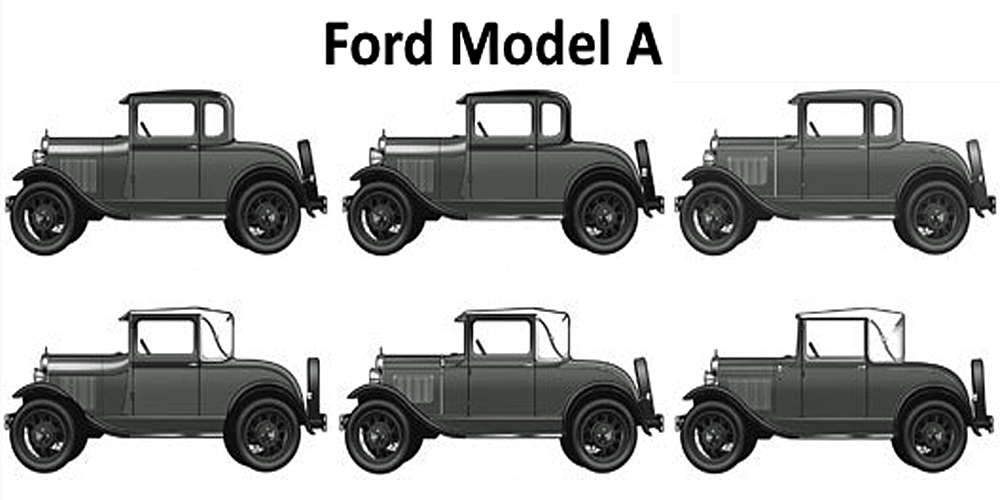 On this day in 1933, Walt Disney released the cartoon Three Little Pigs, famous for its hit song “Who’s Afraid of the Big Bad Wolf?” Here it is:

On this day in 1937, the Golden Gate Bridge, linking San Francisco to Marin County, California, opened to pedestrian traffic. Vehicle traffic began crossing the next day. From Wikipedia:

The bridge-opening celebration began on May 27, 1937, and lasted for one week. The day before vehicle traffic was allowed, 200,000 people crossed either on foot or on roller skates. On opening day, Mayor Angelo Rossi and other officials rode the ferry to Marin, then crossed the bridge in a motorcade past three ceremonial “barriers”, the last a blockade of beauty queens who required Joseph Strauss to present the bridge to the Highway District before allowing him to pass.

On this day in 1940, the Nazis shot 99 British prisoners of war in the infamous Le Paradis massacre. Two Brits survived and lived  to testify against the SS commander who ordered the shooting, who was hanged in 1949. Exactly two years later, SS Commander Reinhard Heydrich was fatally wounded in an attack by Czech partisans. In reprisal, the Germans completely destroyed the villages of  Lidice and Ležáky, which were razed; all males over age 16 were killed and everyone else was sent to  concentration camps to die.

On this day in 1967, according to Wikipedia, “Australians vote in favor of a constitutional referendum granting the Australian government the power to make laws to benefit Indigenous Australians and to count them in the national census.” Finally, on this day three years ago, Barack Obama became the first U.S. President to visit the Hiroshima Peace Memorial and meet some survivors of the bombing.

Hili: We have to wait for Cyrus.
Andrzej: He will catch up.
Hili: Yes, but his feelings will be hurt if he has to run after us. 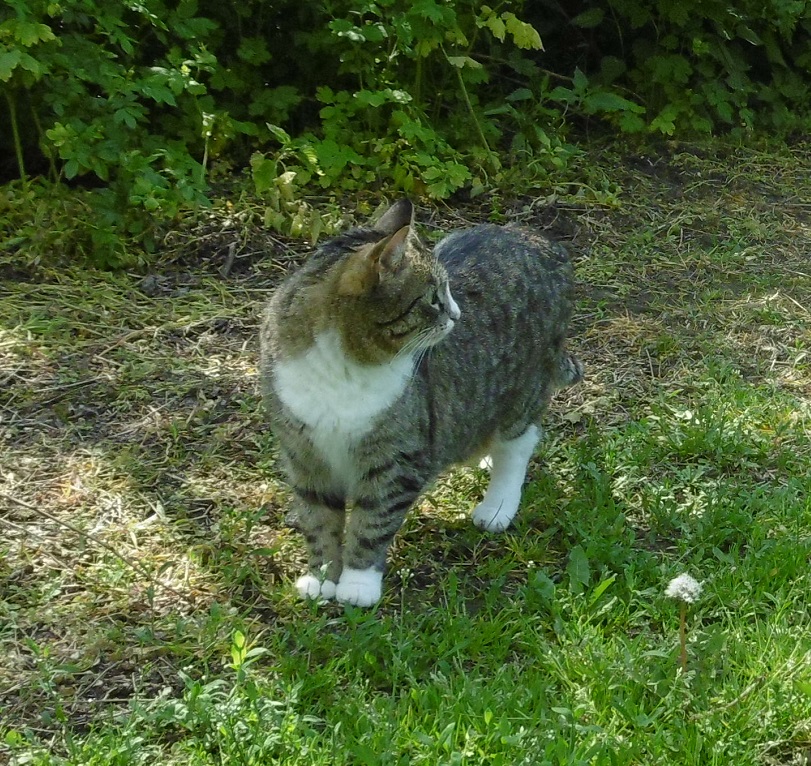 And Leon and Elzbieta are out for a hike in the woods (Elzbieta is doing most of the hiking).

Leon: You see, mother, what an attractive walk I came up with for your day? 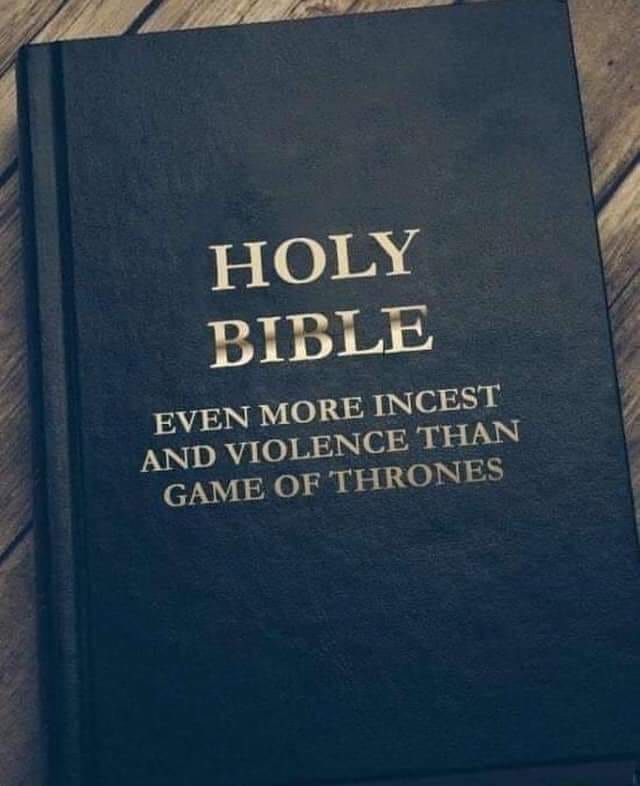 And a lovely Jesus clock: 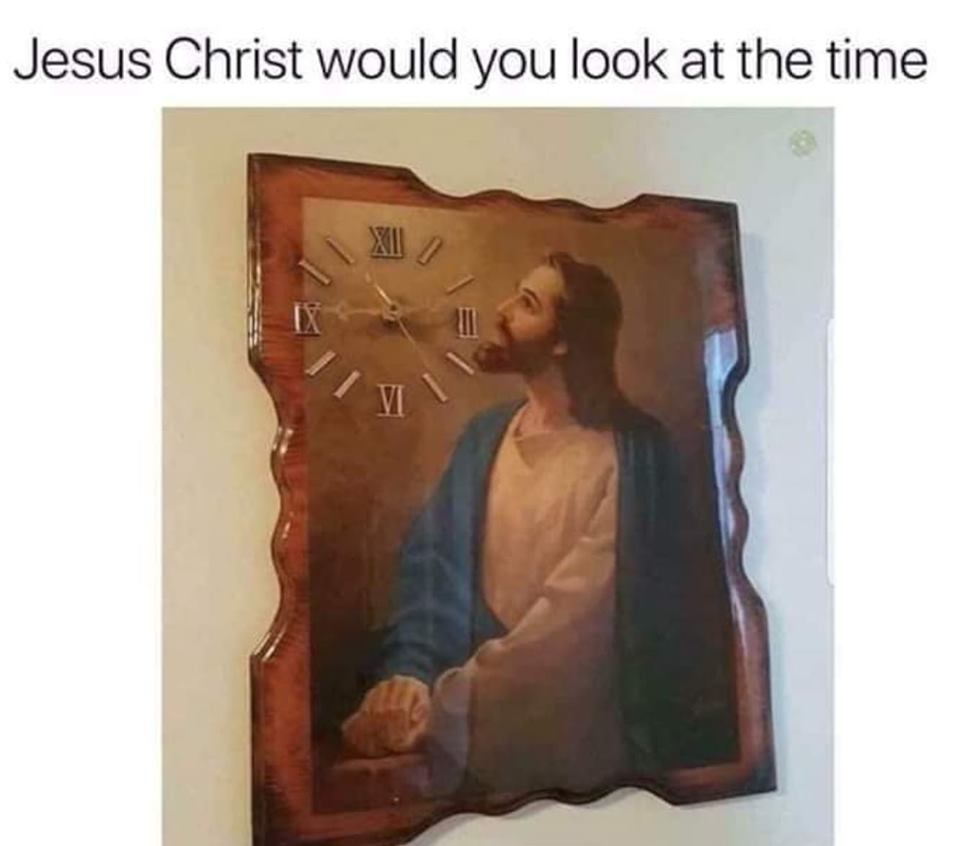 A tweet from Nilou. Spoiler: they all make it up the stairs. (n.b.: it’s not “duck chicks” but “ducklings”.)

From reader Paul we have an epic battle between rhinoceros beetles. Look at that final flip!

Dynastinae or rhinoceros beetles males use their horns for digging and for fighting other males during the mating season. Sometimes they use it also against other species and with spectacular results https://t.co/v4zBlsBq3X [source of the gif: https://t.co/rNskVtjho8] pic.twitter.com/c5WyB3qgYD

From reader Barry we have some synchronized howling. I swear that at one point they’re howling in harmony!

Make it a double 🐺 pic.twitter.com/UhQfAbPJoj

Tweets from Grania. Well, ducks sometimes do stand on one foot, even without flamingos.

This cat needs to brush up on its hunting:

A beautiful octopus and a superfluous apostrophe:

Tweets from Matthew. It’s a good year for kakapos, though of course some chicks didn’t make it. But here’s the good news:

I've been getting a bit of grief for my depressing feed. No apologies: I want to tell you *everything* about #kakapo recovery; not just the good bits! But it's not all bad: still lots of healthy chicks, including the ones being weaned on Whenua Hou. #kakapo2019 #conservation pic.twitter.com/mEQv7ixpJi

A lovely French building from the Dordogne. Why is it so high, though? Were there floods?

Oh my. Sometimes I feel like jacking it all in & spending the rest of my days wandering among the everyday of rural France. I know it’s been said before, but I’m really not sure there’s any ‘designed’ building by a single author half as interesting as this.
Via ⁦@archpng⁩ pic.twitter.com/o35vDfDIV0

Bithorax is a “homeotic” developmental mutation in Drosophila that adds extra bits of the fly’s thorax to its body, sometimes producing an extra pair of wings, as you can see below.  E. B. Lewis was born on May 20, 1918, and won the Nobel Prize in 1995 for this work, which marks the founding of “evo devo”: the field concerned with how evolution molds development. Read more about his work here.