Many readers called my attention to new paper in the Zoological Journal of the Linnaean Society (click on the title screenshot below, and see the pdf here), reporting on a case of convergent evolution— two independent cases of evolution producing organisms that looked the same. (In this case, however, “the same” refers only to the size and shape of two bones; it’s not a broad similarity like convergent evolution in the placental mole and Australia’s “marsupial mole”).

The evolution occurred in rails in the genus Dryolimnas, which evolved flightlessness (and similar bone morphology) in two independent colonizations of Aldabra, a large coral atoll (155.4 km2 or 60.0 sq mi) between Africa and Madagascar. As you may know, birds on remote oceanic islands often evolve flightlessness, most likely because the islands have no predators they need to avoid and flight is expensive.

My beef here is that the popular press grossly misreported what this finding means, claiming that the same species evolved twice independently. And that’s just not true.

Here are the players. First, the island, with its location and then a photo. The red dot is Aldabra, which is also famous for having giant Galapagos-like tortoises that descended from small tortoises that migrated to the island. 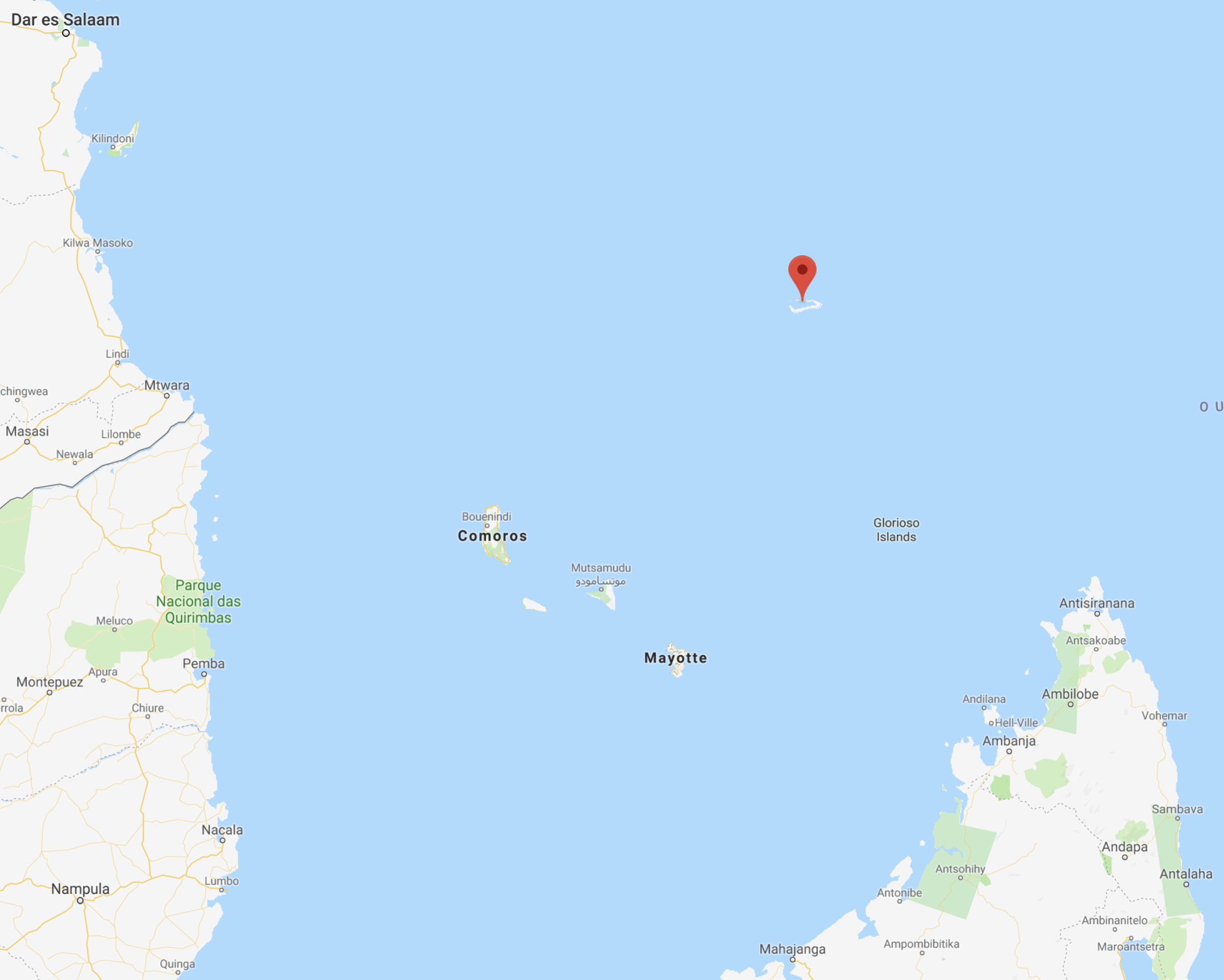 And here’s a photo of Aldabra: 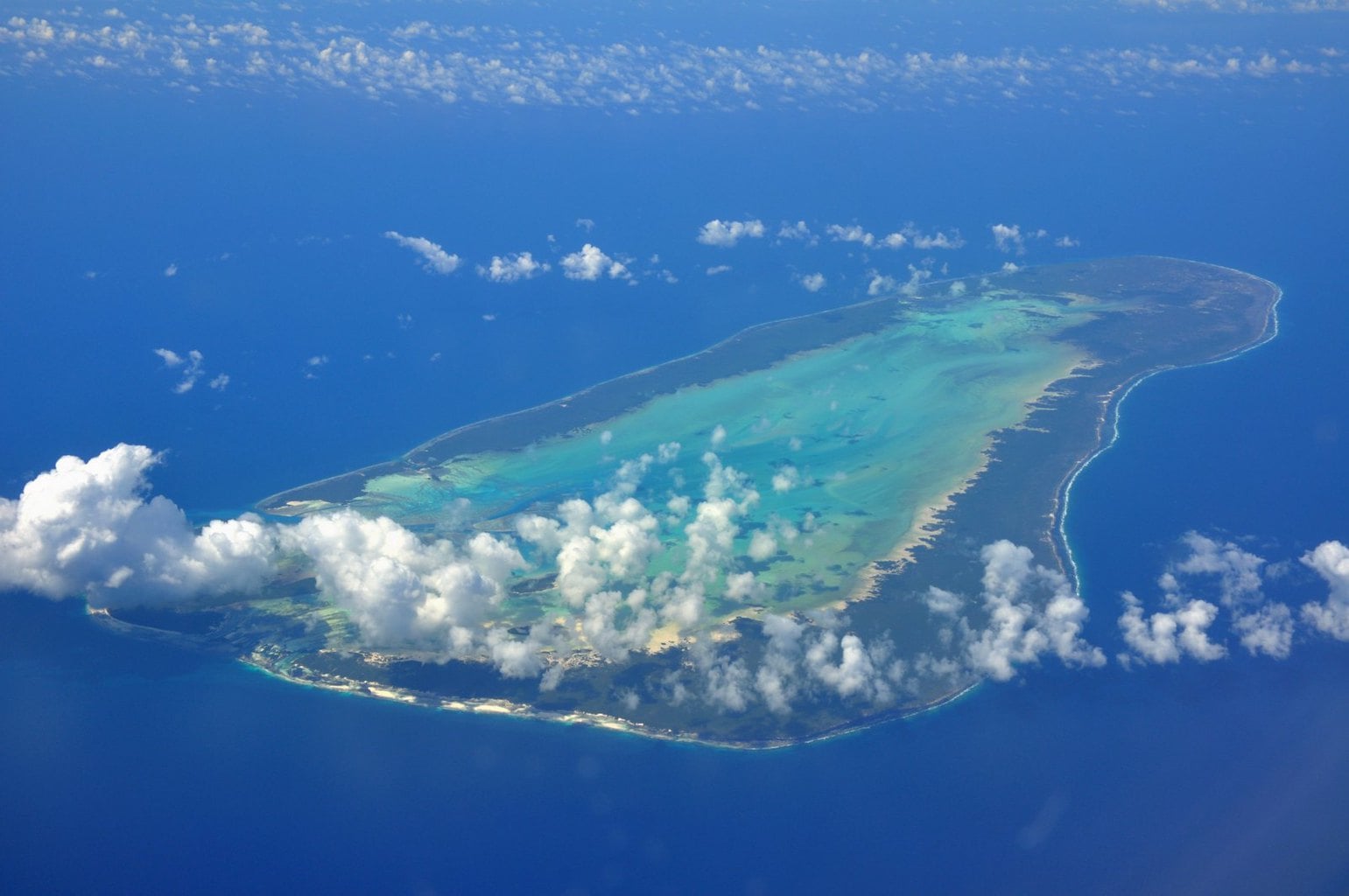 Here’s the paper (click on screenshot; reference at bottom); it’s short and not to hard to read:

The situation is this. Aldabra is home to the only flightless rail in the Indian Ocean: the white-throated rail subspecies Dryolimnas cuvieri aldabranus. There’s also a flying subspecies on Madagascar and the islands of Mayotte, D. cuvieri cuvieri. (These are subspecies of the widely distributed D. cuvieri, which inhabits many islands in the region.)  Note that the flightless and “volant” (flying) rails are classified as members of the same species, which puzzles me a bit as they are quite different. 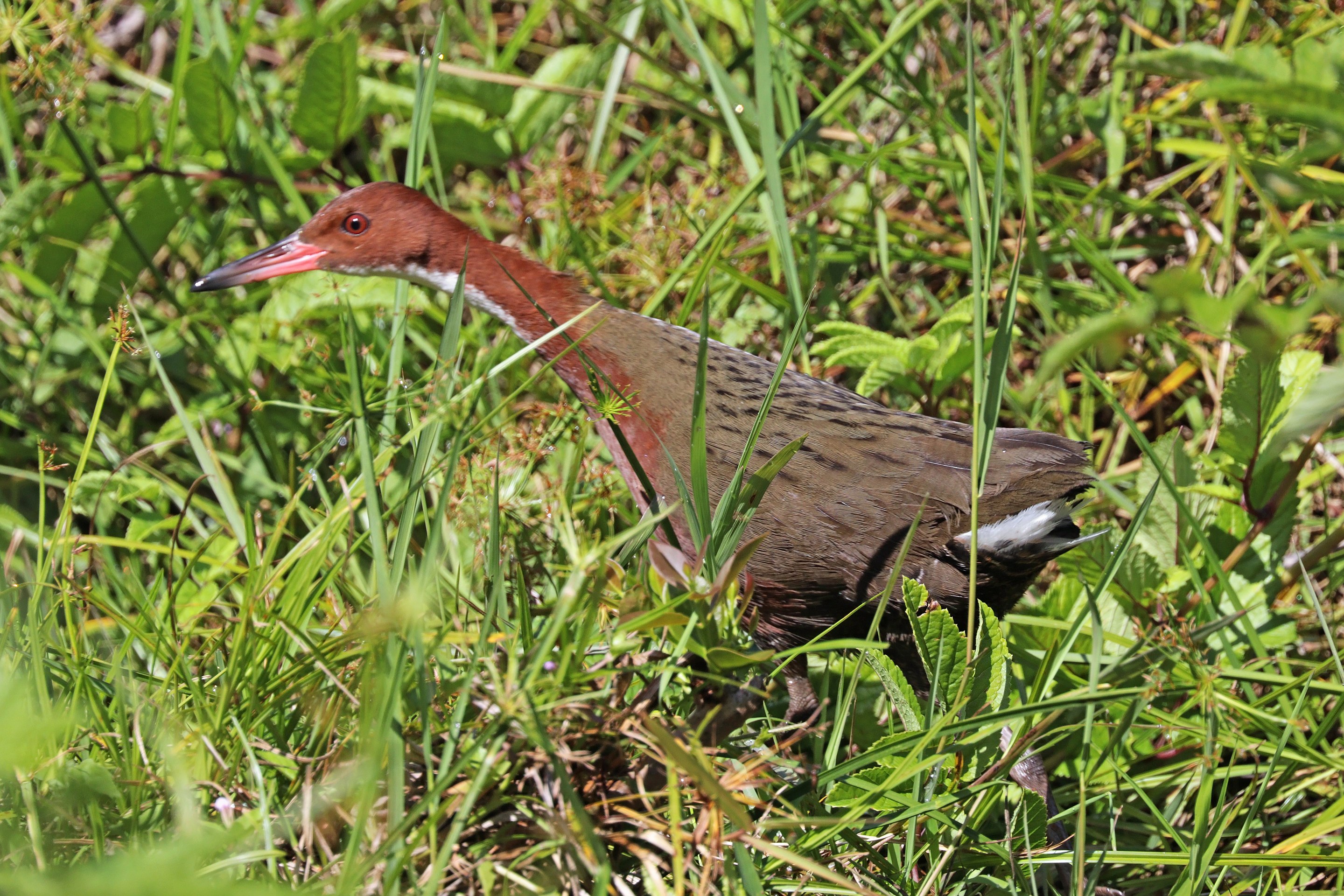 Here’s the flightless subspecies on Aldabra. The Seychelles News Agency says that biologists are trying to get it classified as a full species (after all, it has reduced wings and can’t fly).

As the paper reported, they’ve found ancient fossil rails at two locations on Aldabra, or rather fossil bones: two humeri (wing bones) and a tarsometatarsus (leg bone). The shape of these bones indicates that the rails were flightless. Here are the two locations (stars) where the fossils were found (compare to island photo above; the “Bassin Cabri” is in the foreground: 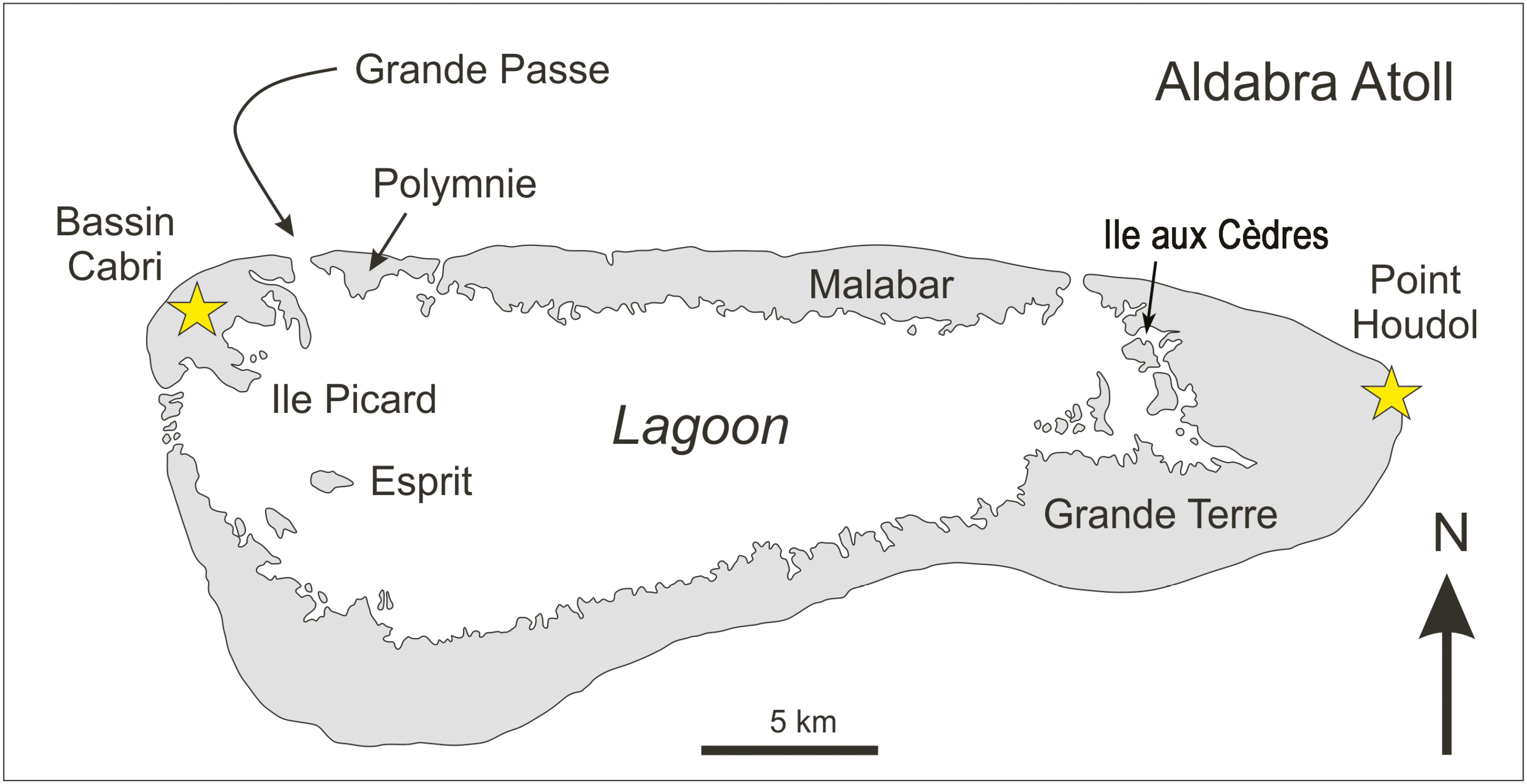 The kicker in the story is that geological evidence shows that Aldabra was inundated completely about 120,000 years ago, after the first flightless rails had evolved. That inundation would have wiped out the species as they can’t escape rising waters. Thus the fossil wing and leg bones are from an earlier species that went extinct.

Then, some time in the last 100,000 years, the flying white-throated rail re-colonized the island, and once again gave rise to a flightless subspecies. Comparison of the bones of the living flightless bird with the extinct flightless one shows that they are very similar. Here are the photos from the paper. 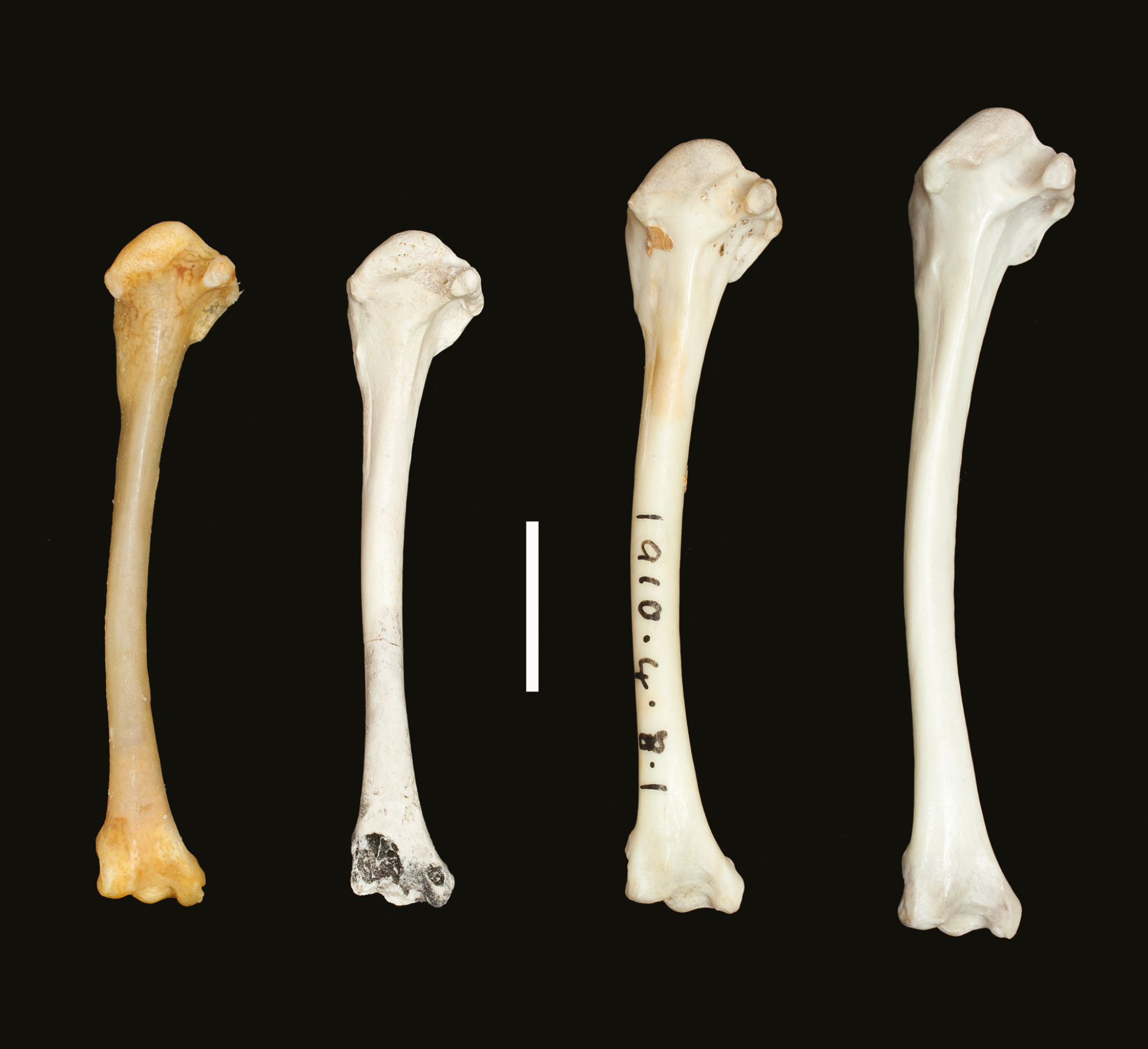 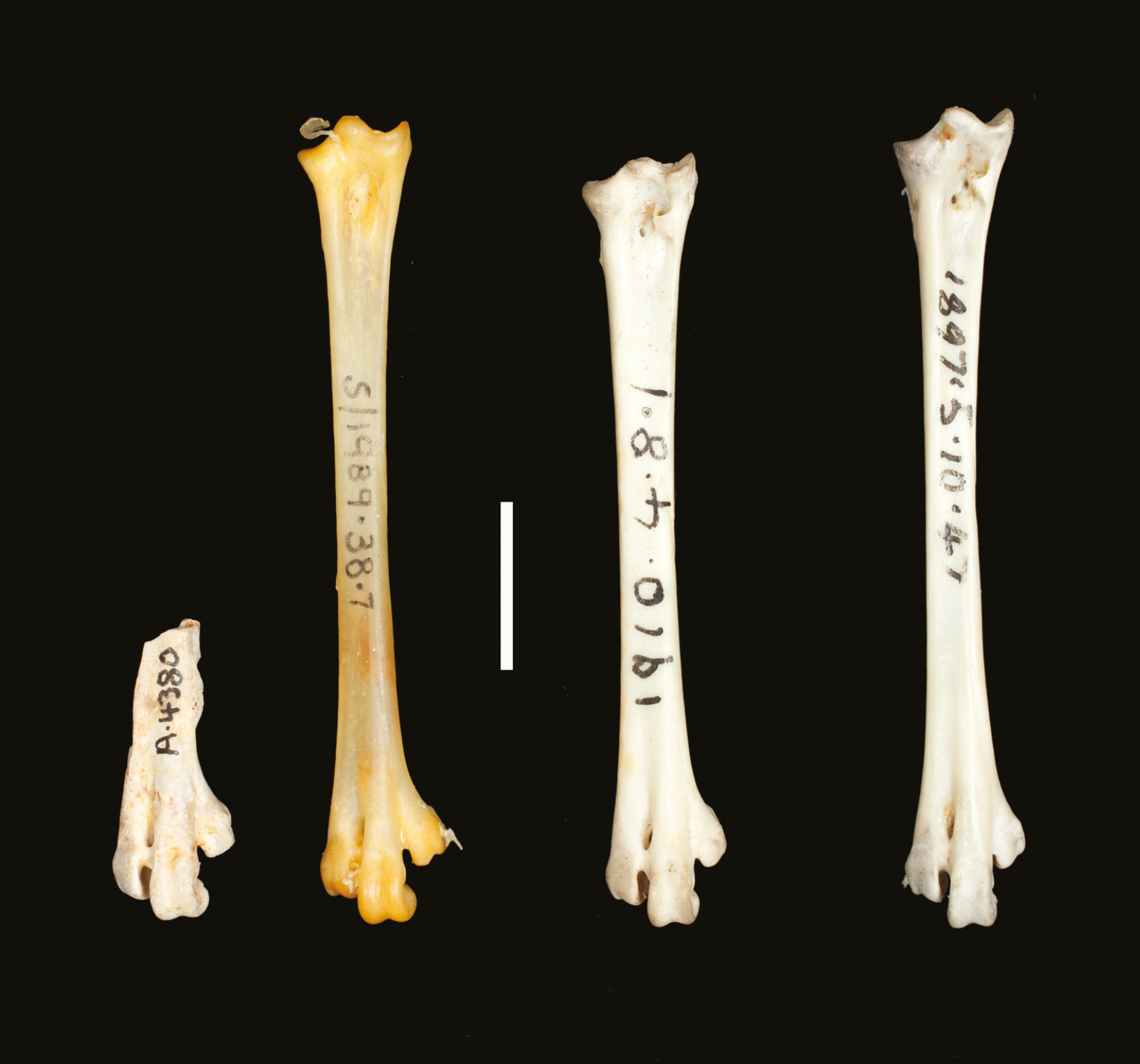 But the popular press is different: they are claiming or implying that the same species of flightless rail appeared via evolution after it had gone extinct. Here are some headlines (click on them to see the misreporting). It’s a “miracle” says the Daily Mail, “an extinct species came back from the dead”, says CNN and many other venues. I could show a lot more examples, but these should suffice:

US News and World Report:

Let me make this clear, and I will put it in bold caps so people will notice: THIS IS NOT THE SAME SPECIES RE-EVOLVING. IT IS A FLIGHTLESS BIRD EVOLVING TWICE INDEPENDENTLY FROM THE SAME ANCESTOR. ALL WE HAVE ARE TWO BONES, SO WE DON’T EVEN KNOW HOW SIMILAR THE TWO SUBSPECIES (NOT SPECIES) ARE. AND EVEN IF THEY WERE VERY SIMILAR, WE CANNOT SAY THEY WERE THE SAME BIOLOGICAL SPECIES.

Species status in biology is generally judged by reproductive compatibility: if two taxa can coexist without producing fertile offspring, they are different species. Chimps and humans, who live in the same area but do not mate and cannot produce offspring if they do (yes, some scientist inseminated female chimps with human sperm, and nothing happened) are different biological species. Neanderthals and modern H. sapiens were probably the same species, as they did mate where they coexisted and produced fertile offspring (we carry some Neanderthal genes from those ancient matings). We simply know nothing about the reproductive compatibility of the modern flightless rail and its extinct flightless relative on Aldabra. The experiment can’t be done. It’s possible that these two rails had very different physiologies or reproductive systems, and, if we could somehow test their ability to hybridize and produce fertile offspring, we might find that they couldn’t.

So I question whether the modern white-throated rail that can fly and its flightless relative on Aldabra are the same species (remember, they’re classified as subspecies). You simply can’t test their reproductive compatibility as they live in different places, and mating them in zoos is not a good way to test that (many species that can produce fertile offspring in captivity will not do so in the wild). So the journalists have failed badly here: mistaking a case of convergent evolution with “the same species being resurrected.”

Remember, it’s only two bones at issue, and that’s all. What we see once more is science journalists overblowing and distorting a nice paper to make it seem even more exciting. That is not, I emphasize, the authors’ fault: they are very careful in drawing conclusions, and say absolutely nothing about the reappearance of an extinct species.

68 thoughts on “Railing about rails: new paper on flightless birds is grossly misreported and distorted by the popular media”