But the former site, which may indeed be soft on faith, recently published yet another accommodationist article, “War between science and religion is far from inevitable” by David N. Livingstone, Professor of Geography and Intellectual History, Queen’s University Belfast, and John Hedley Brooke, Emeritus Professor of Science and Religion as the University of Oxford. And that was the last straw for me. That article, if you can get through it, is an encyclopedia of all the tropes of accommodationism: scientists can be religious, religion inspired scientific discoveries, and religion can provide useful values in a discussion with scientists. (It even begins with a mention of Faith versus Fact, whose thesis of course Livingstone and Brooke reject.). The prose, too, was deadly; get a load of this:

In our own day, there may well be benefits to be derived from a dialogue between theological anthropology and those advocating transhumanism. New technological possibilities are raising profound questions about what it means to be human, a subject on which theologians have had much to say. At the very least, theology might prove to be a useful conversational partner in articulating values by which to adjudicate among the human capacities that might be prioritised for enhancement.

The article winds up with a firm but plaintive assertion that religion, after all, isn’t going away. (Of course it is, at least in the West.)

I didn’t write about the piece here, as I finally decided to respond at The Conversation itself—if they’d let me. I sent The Conversation U.S. a pitch, they were interested, and I wrote a piece that didn’t directly attack the ideas of Livingstone and Brooke, but linked to their piece (and others), and asserted that yes, there is a kind of war between science and religion. This was published this morning. It was a pleasure to work with my editor and the site. (I didn’t realize that you have to be an academic to publish there, and have to link to every quote and claim that you make.)

At any rate, you can read my piece below (“Yes, there is a war between science and religion“) by clicking on the link. If you’re interested, give them some traffic, and stand up for empiricism! (You’re welcome to make comments and to engage with the commenters who, inevitably, will be upset by my ideas.) The Conversation also published under a creative commons license, so anybody can republish the article for free.

As Andrew Sullivan might say, “See you next Friday,” except I’ll be here all week, folks. 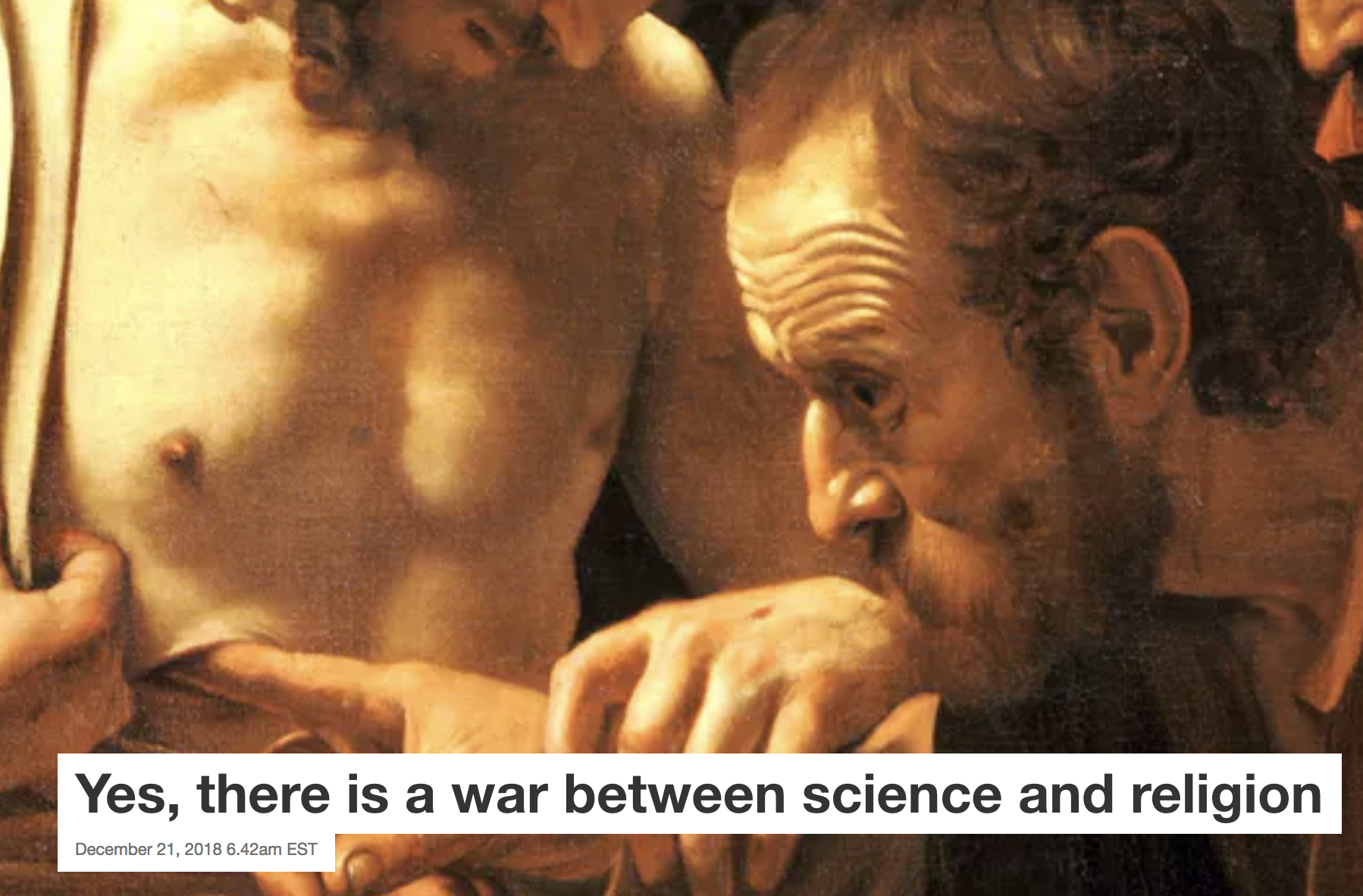 89 thoughts on “My anti-accommodationism article at The Conversation”