It’s Monday, July 30, 2018, the penultimate day of the month, and National Cheesecake Day. It’s also the International Day of Friendship, celebrated most vigorously in South America. I am down to six ducks: five ducklings plus Honey, and will do another census when I feed them in an hour. One thing’s for sure: I’ll have Honey for a while longer, as she is only now growing flight feathers after her molt.

On this day in 1619, the first representative assembly in the Americas, the House of Burgesses in Jamestown, Virginia, met for the first time. And on this day in 1930, Uruguay won the first FIFA World Cup in its home town of Montevideo. Here’s what Wikipedia says about it, and I’ve put in a short video:

The first FIFA World Cup™ was one of a kind. Taking place wholly in the Uruguayan capital of Montevideo, the sport’s inaugural showpiece was rich in details that might bemuse the modern football fan: four teams arriving together on the same boat, an unfinished stadium, even a one-armed goalscorer in the Final. Yet it ended with a familiar outpouring of joy as the whole of Uruguay took a public holiday after La Celeste became the first world champions by defeating neighbours Argentina 4-2.

On July 30, 1956, U.S. President Dwight Eisenhower signed into law the Congressional resolution making “In God we Trust” the U.S. National Motto. Oy gewalt! Exactly six years later, the Trans-Canada Highway, the longest national highway on the planet, was officially opened.  And on this day in 1965, Lyndon Johnson created a huge feat of socialism, signing into law the Social Security Act of 1965, which included Medicaid and Medicare.  On July 30, 1966, England defeated West Germany 4-2 in the 1966 FIFA World Cup Final (played in London) in extra time. Here’s a 9.5-minute video of that dramatic match.

On this day in 1974, President Richard “I am not a crook” Nixon turned over the subpoenaed White House “Watergate tapes” to the special prosecutor after the U.S. Supreme Court said he had to.  One year later, Jimmy Hoffa disappeared from the parking lot of a restaurant outside Detroit, Michigan, and was never seen again. His fate remains a mystery. Finally, on July 30, 2003, the last Volkswagen Beetle made in the old style rolled off a Mexican assembly line.

Moore did drawings as well as sculptures; here’s his “Jaguar”, drawn in 1981: 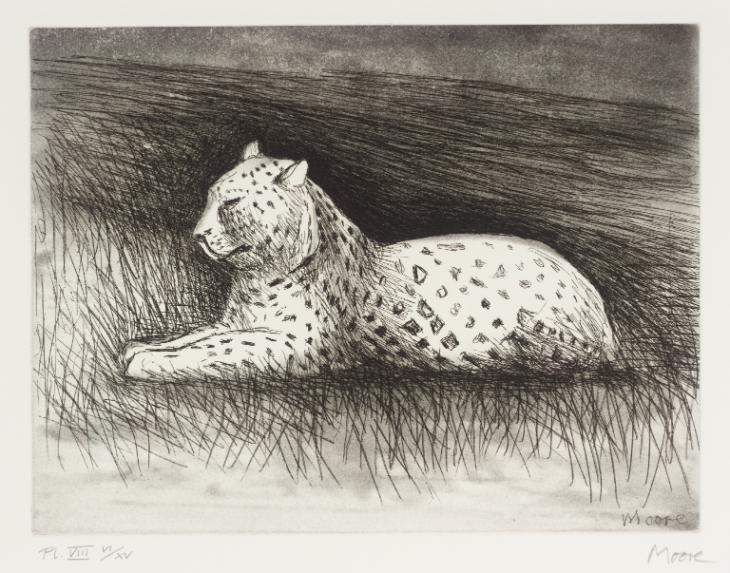 Meanwhile in Dobrzyn, Hili is once again fixated on noms:

Hili: We can talk about it at lunch.
A: Talk about what?
Hili: What’s for dinner.. 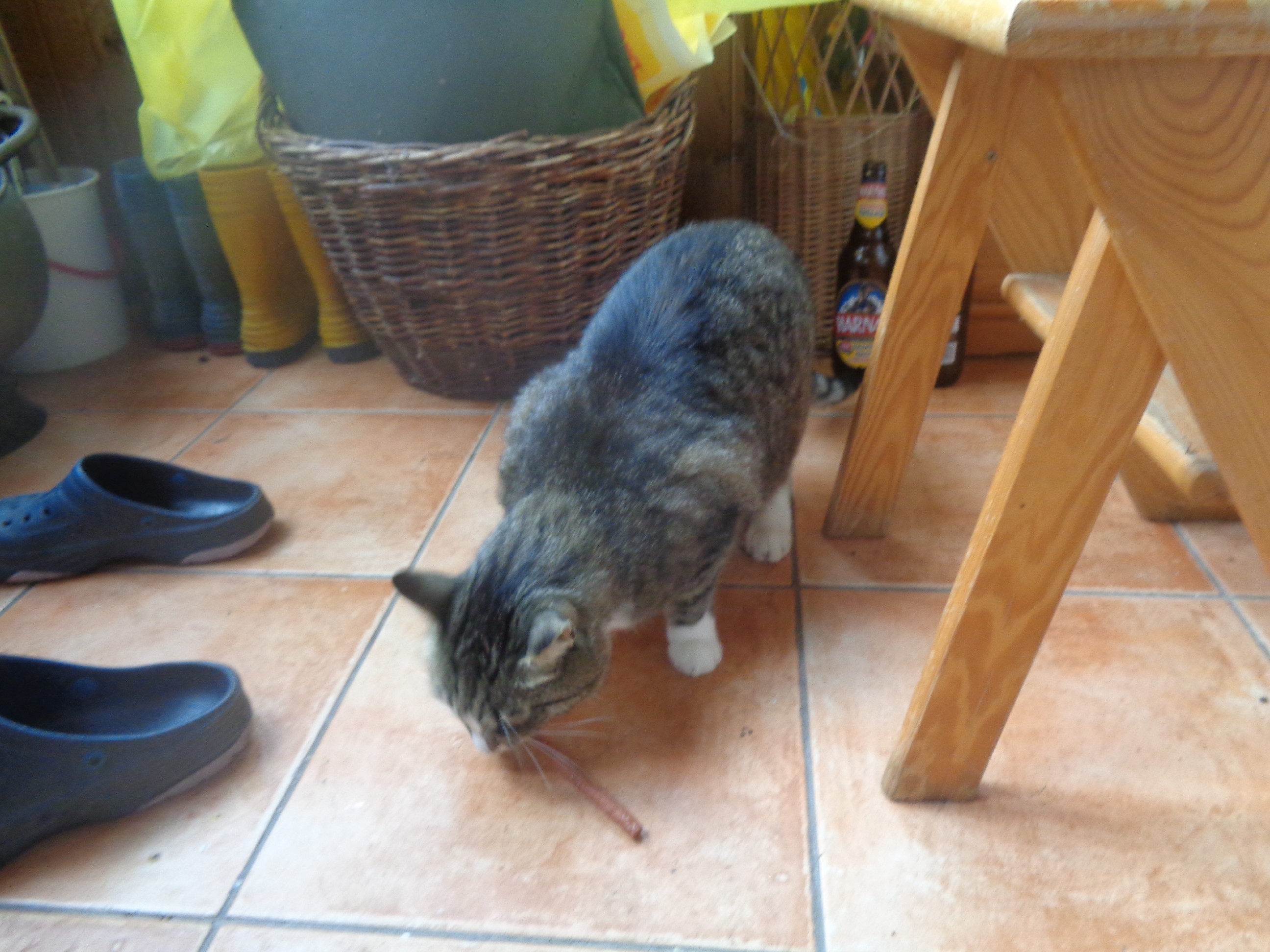 Some tweets from Matthew. First, street violence in Sweden.

More hares, this time in England:

First walk round meadows in 2 days due to heat ..my usual companion has friends to greet me #suffolk #aftertherain #hares #closeup @ChrisGPackham pic.twitter.com/RCyzS1PrnW

Matthew explains the tweet below: “Phymata are assassin bugs, and their minds are always killing, even if they are otherwise occupied… Milichids are kleptoparasitic flies.”

Phymata spp. are so cool! Mating pair took down a Apis mellifera and are being swarmed by milichiids like jackals on a lion kill! pic.twitter.com/QQ71Efrg1X

Matthew says, “Watch until the end”:

It’s this, a near-perfect example of mimicry:

This question is a bit confusing, but make a guess about where the heart might be:

I swear she’s okay in there pic.twitter.com/v6vLa2RS6Y

Some tweets from Grania:

This will probably be too late, as the poll expires in ten hours (I’m writing this on Sunday afternoon), but see the vote. I’d take physical immortality any day, though the conditions of aging and other stuff need to be specified.

Would you rather be immortal and change nothing, or live to 40 and make history?

Look at that d*g’s face!

The second tweet is the one to look at:

"I don't know. I'm worried. What if someone photographs us?" 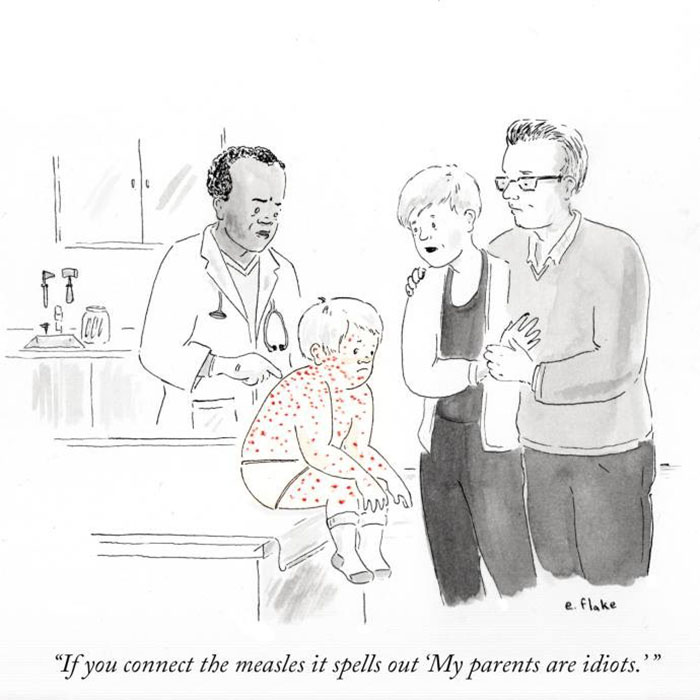