Skip to content
Reader Jacques Hausser from Switzerland continues the bird photos from his vacation to the north. His notes are indented and there’s some good science here.

Holidays in Shetland, continuation: today is dedicated to the common guillemot (or thin-billed murre), Uria aalge, family Alcidae. As before, photos taken by my daughter are labelled with (Jo).

This one shows an very elegant monocle, complete with its lace. In the Shetland, about 10% of the guillemots bear this ornamentation; they are called “bridled”. Polymorphism is always interesting for biologists; below the photo are some results of their studies (some references at the bottom of the post): 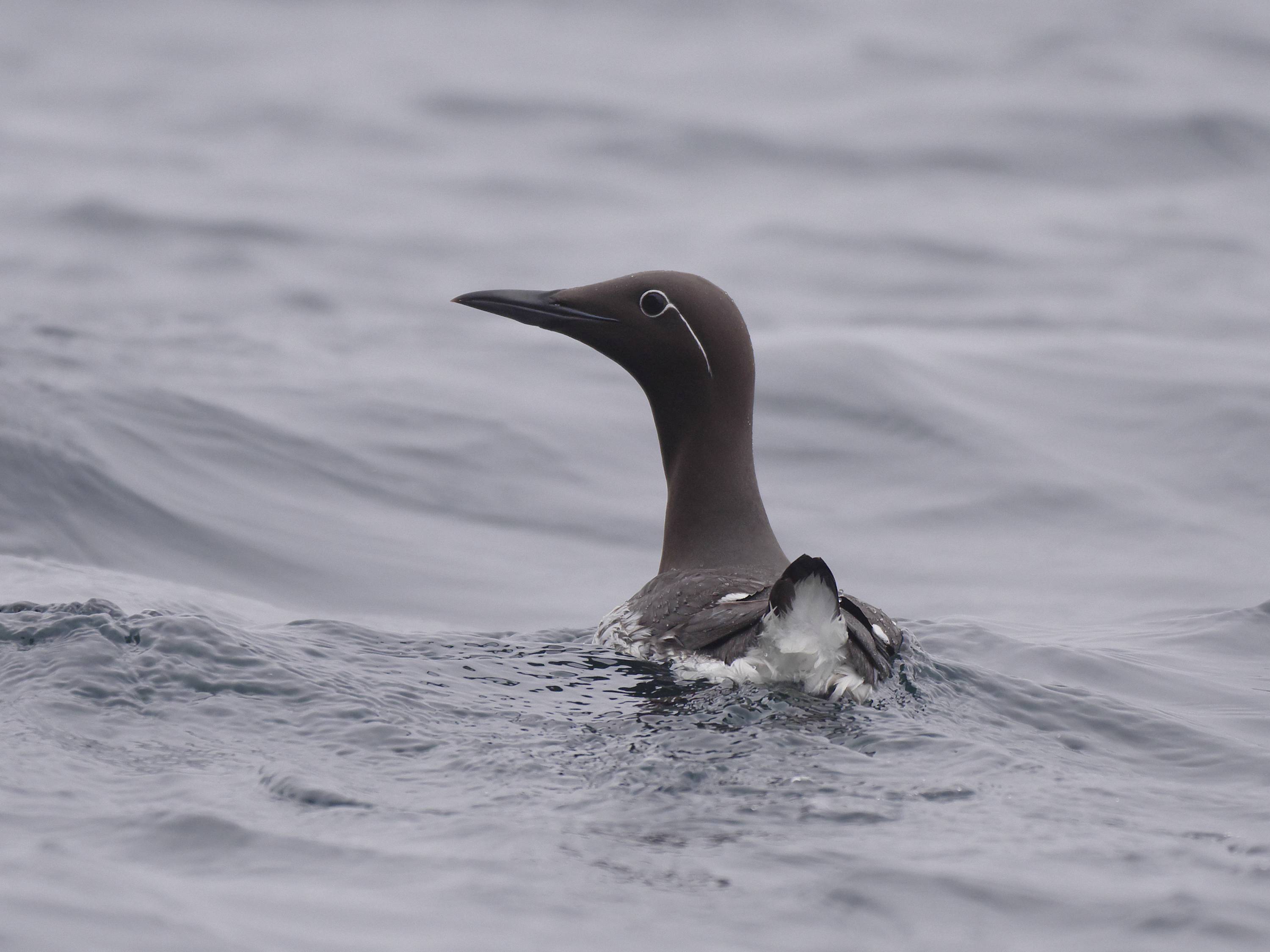 (Jo) In this partial photo of a colony , showing about 120 individuals, I counted 12 bridled ones. Can you spot the (probably abandoned) eggs ? Guillemots lay their eggs directly on the rock and incubate them on their feet. The eggs are pear-shaped, which prevents them from rolling too far away and falling down the cliff. They are very variable in coloration and pattern, improving individual recognition. 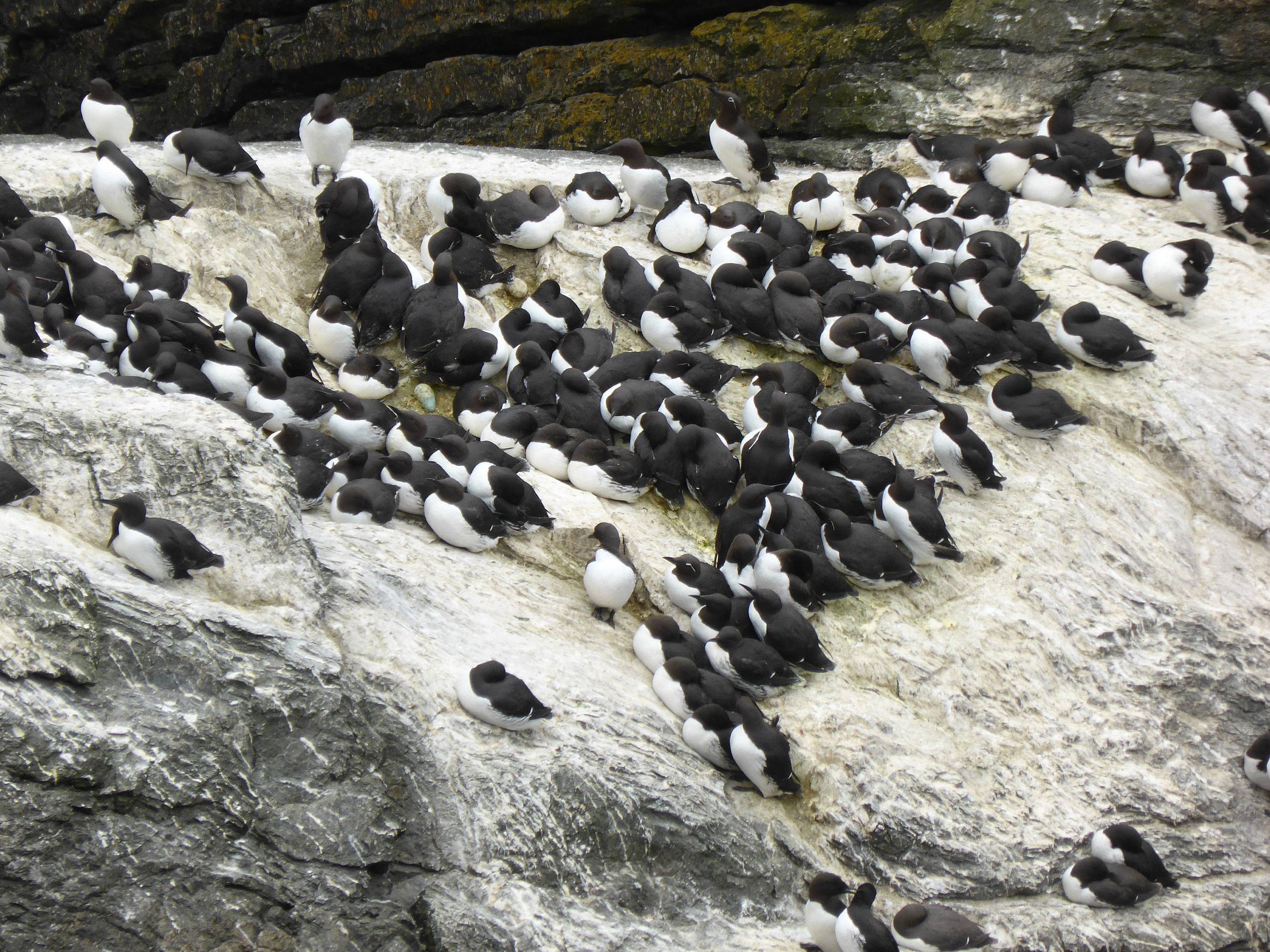 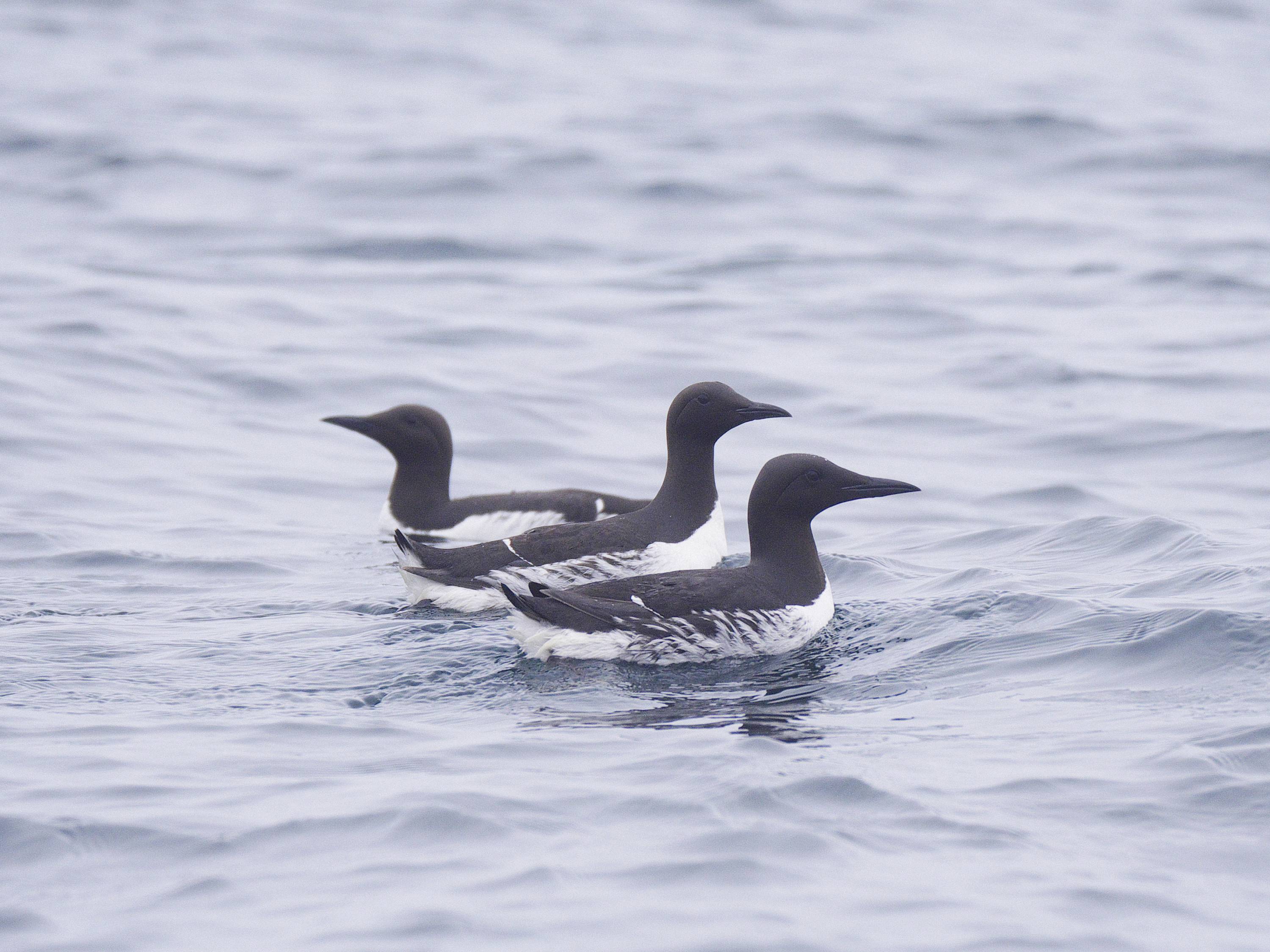 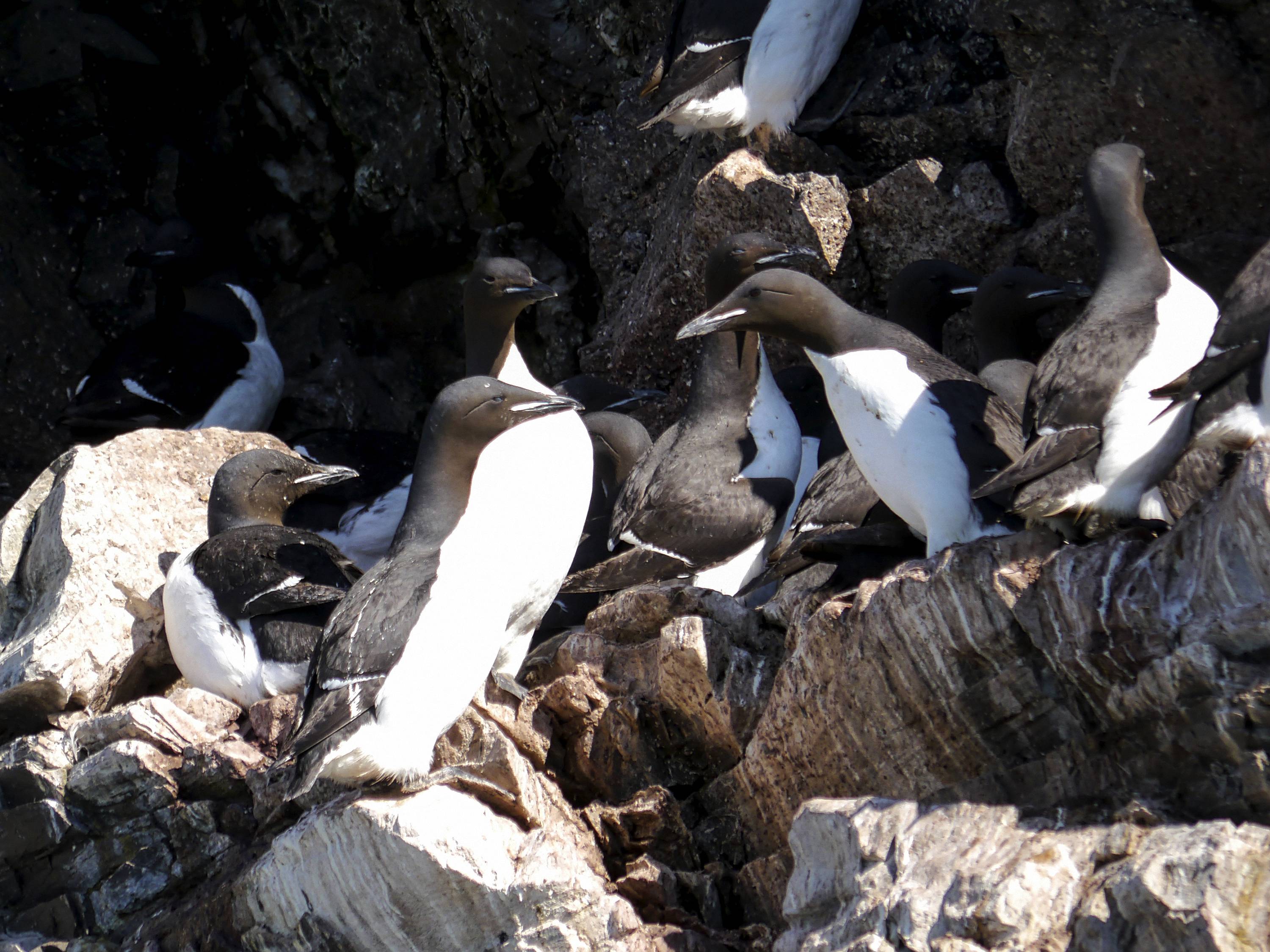 Looking underwater in search of fish. 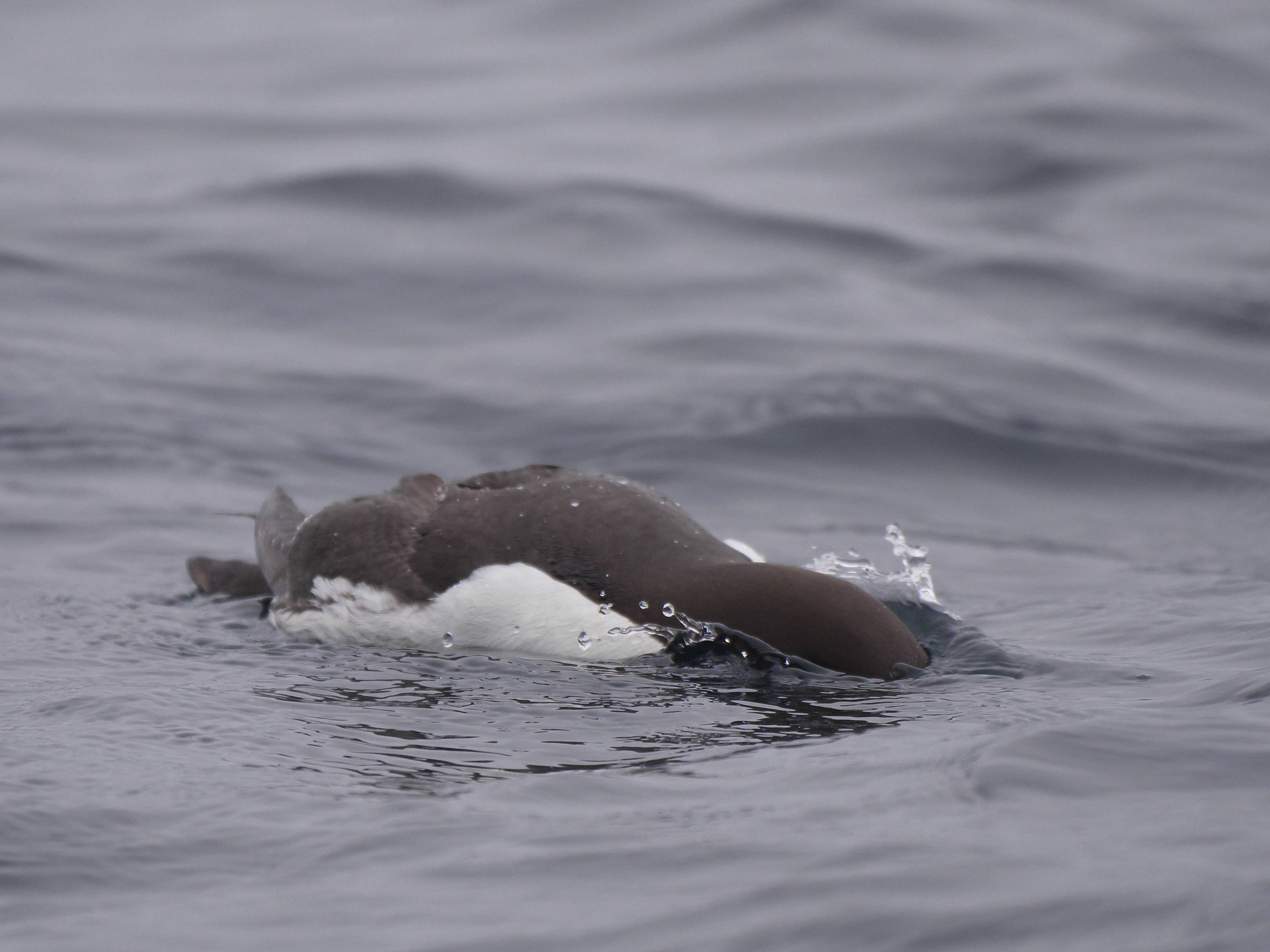 (Jo) Diving: the guillemots use their wings to “fly” underwater and actually open them before going under with a little jump. Their very efficient underwater flight can be seen here [JAC: I’ve embedded the video below].  Aerial flight is straight and fast (up to 80 kmh, between 300 and 400 wingbeats per minute); the delicate moment is the landing on the colony, however crash landings are strongly over-shown on the web. 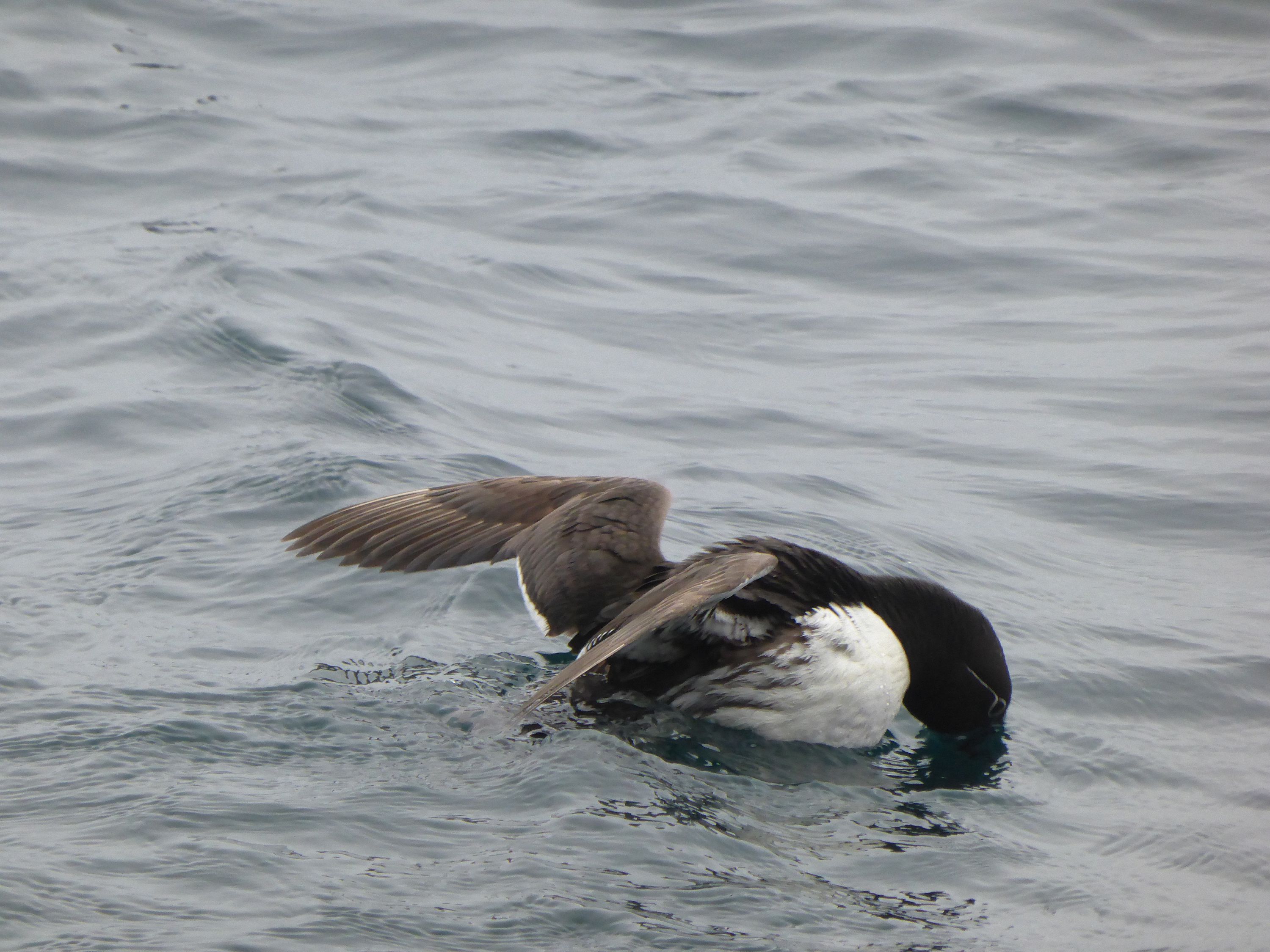 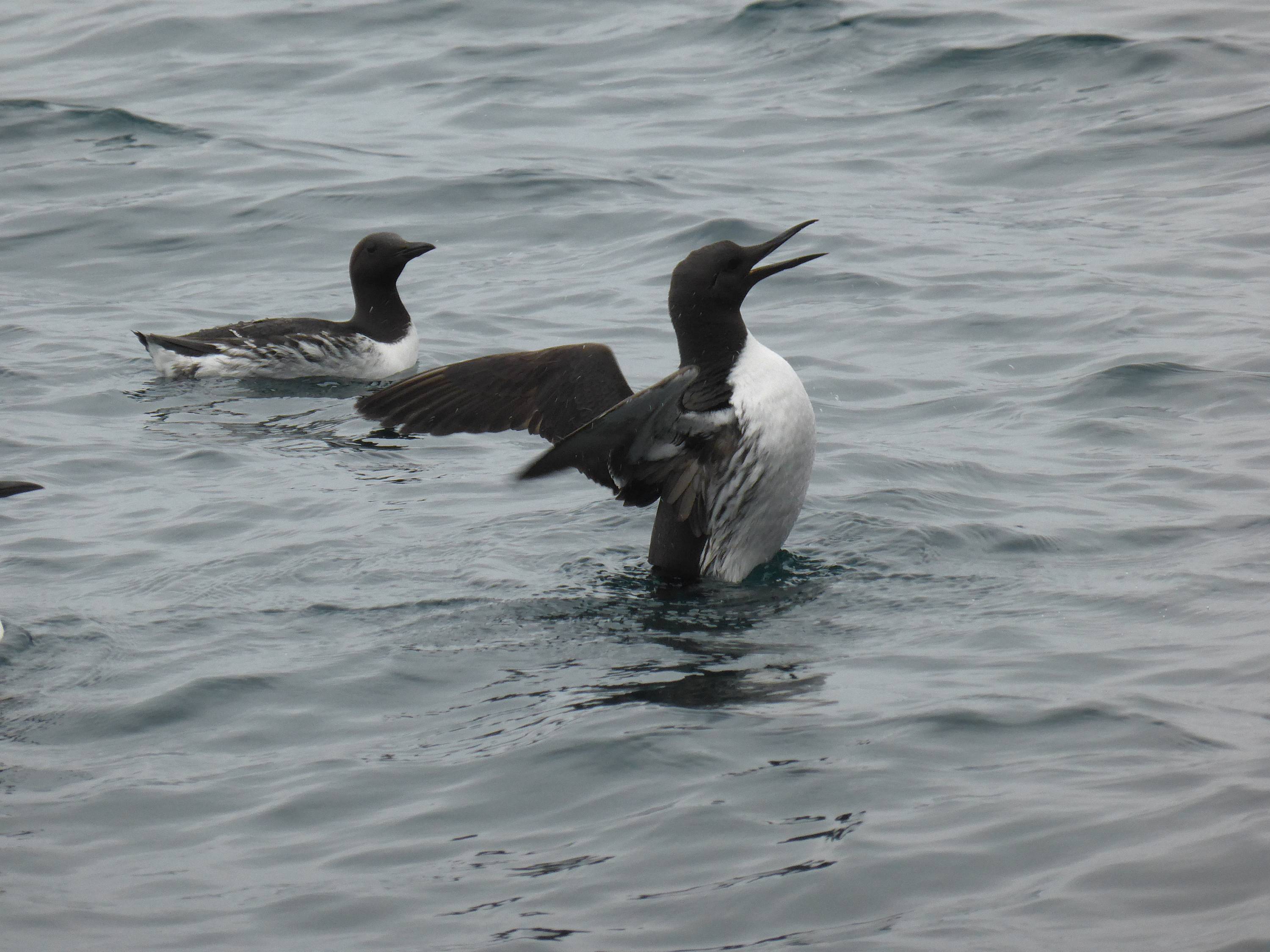 Some references on polymorphism: