The other day Trevor Noah, host of The Daily Show, celebrated France’s victory in the World Cup by saying that “Africa won the World Cup” and “They have to say it’s the French team, but look at those guys”, referring to the black players on the team.  Although the Daily Show seems to have removed that video segment from YouTube, you can see it on Soccer America by clicking on the screenshot below.” 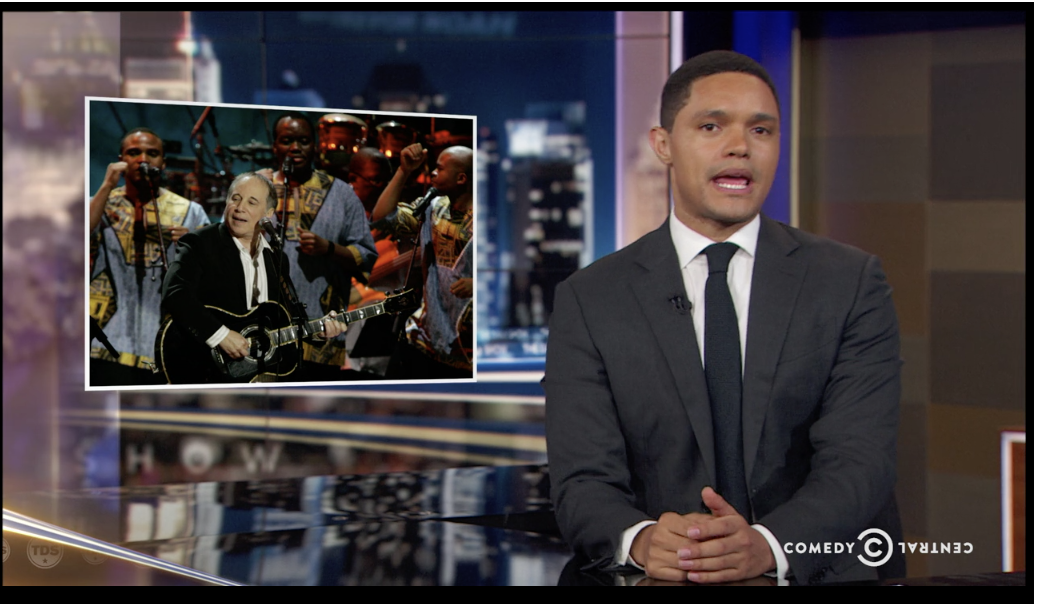 Now Noah was excoriated for this bit, mostly for saying that the black players on the French team were “Africans.” Normally I’d say it was a tempest in a teapot, but the man is somewhat of a Social Justice Warrior, and since the black players on the French team were almost all French citizens, most born in France (21 of the 23), it’s not really kosher to call them “Africans”.  It’s like saying that black Americans are “Africans”—not even “African-Americans”, a term I really don’t like to use because, if it’s used to denote blacks of African descent, then all of us should be denoted with our distant ancestry. For example, I should be called a Polish/Russian-American, and most of us would be described by putting another nation or continent put before the word “American”.

At any rate, Noah took a lot of flak for this, and the French ambassador wrote him a fairly scathing letter: (click on the tweet if you can’t read it here). I thought it was a pretty eloquent letter, subsuming the ethnic and racial solidarity of the team under the term “French.”

Noah didn’t respond well (see video below), and Grania, who, like Noah, is from South Africa, had a critical response to his explanation, which I’ve put below. Here’s Noah’s response video (if you can’t see it outside the US, try this video):

What surprises me is that the audience, who would presumably be offended by referring to the sons and daughters of immigrants from, say, Mexico being called “Mexicans” , goes along with him(remember what Control-Leftists did to Bari Weiss when she referred to a second-generation person of Japanese descent as an “immigrant). But I think Noah really should have responded with a bit more humility. But this who dust-up was called to my attention to Grania, so I’ll reproduce her take in indentation below (with her permission, of course).

Regarding Trevor Noah, he’s a talented comedian when he’s doing his own original material, but I have no idea who in their right mind thought that he would be a good Daily Show talent.

But he’s being utterly disingenuous in his response.

The other thing that everyone is politely not mentioning is that the so-called joke was calculated to appeal to people who think its amusing to make racist jokes so long as it is at the expense of white people. I don’t think people like him are foaming bigots like that looney American Communist guy [JAC: Grania is referring to “Black Hitler,” Gazi Kodzo, whose YouTube channel is here]  by any stretch of the imagination, but they are rapidly devolving into a nasty little circle of smug and toxic jerks.

Instead of promoting sharing the celebration and good feeling of the victory of the French team he plunged thousands of people into a ugly debate about – one that Europe has to contend with all the time from real xenophobic racists – that black immigrants, even after several generations, are not “truly” European.

If Noah and his team had an ounce of humility, they might acknowledge that fact instead of trying to bluster through it and insist that they did not blunder into something they didn’t really understand.

If you disagree with Grania’s views, remember that theres are hers, not mine, but that I agree with them in general.