I think my time with all the ducklings is coming to an end. Their wings and feathers are growing, and Honey has begun an extensive molt in preparation for their departure. (My hypothesis is that a mother duck has to be able to fly to help protect her young, and when they no longer need protection, that’s the time when she can begin to replace her feathers.)

You can see Honey below, facing to the right, and her primary and secondary wing feathers are just gone, revealing white under-feathers. Contrast that to the ducklings in the picture, whose flight feathers are growing in rapidly: 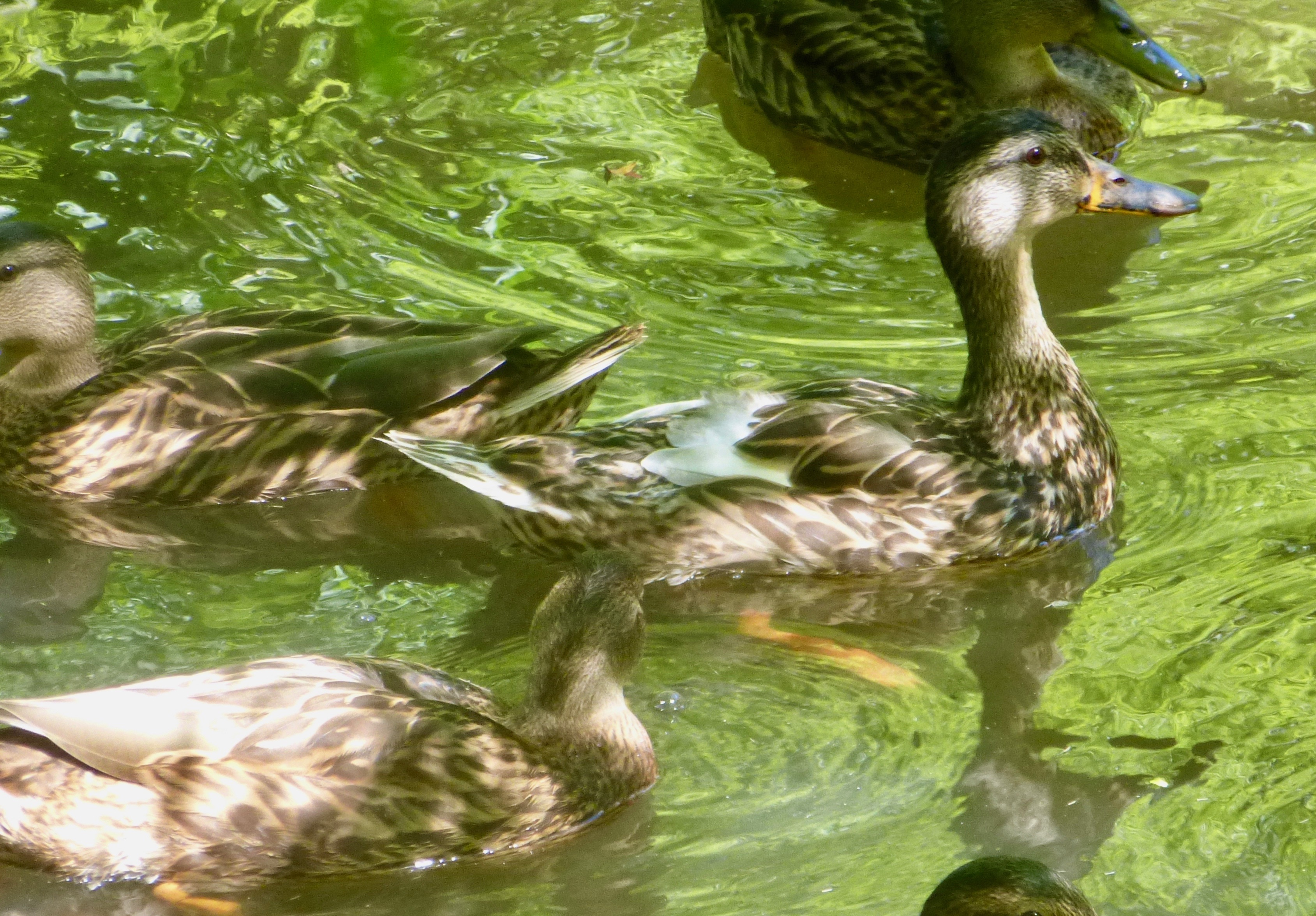 Poor mother Honey! I hope she’s okay: she seems to scratch herself a lot, perhaps because new feathers growing in make her itch. 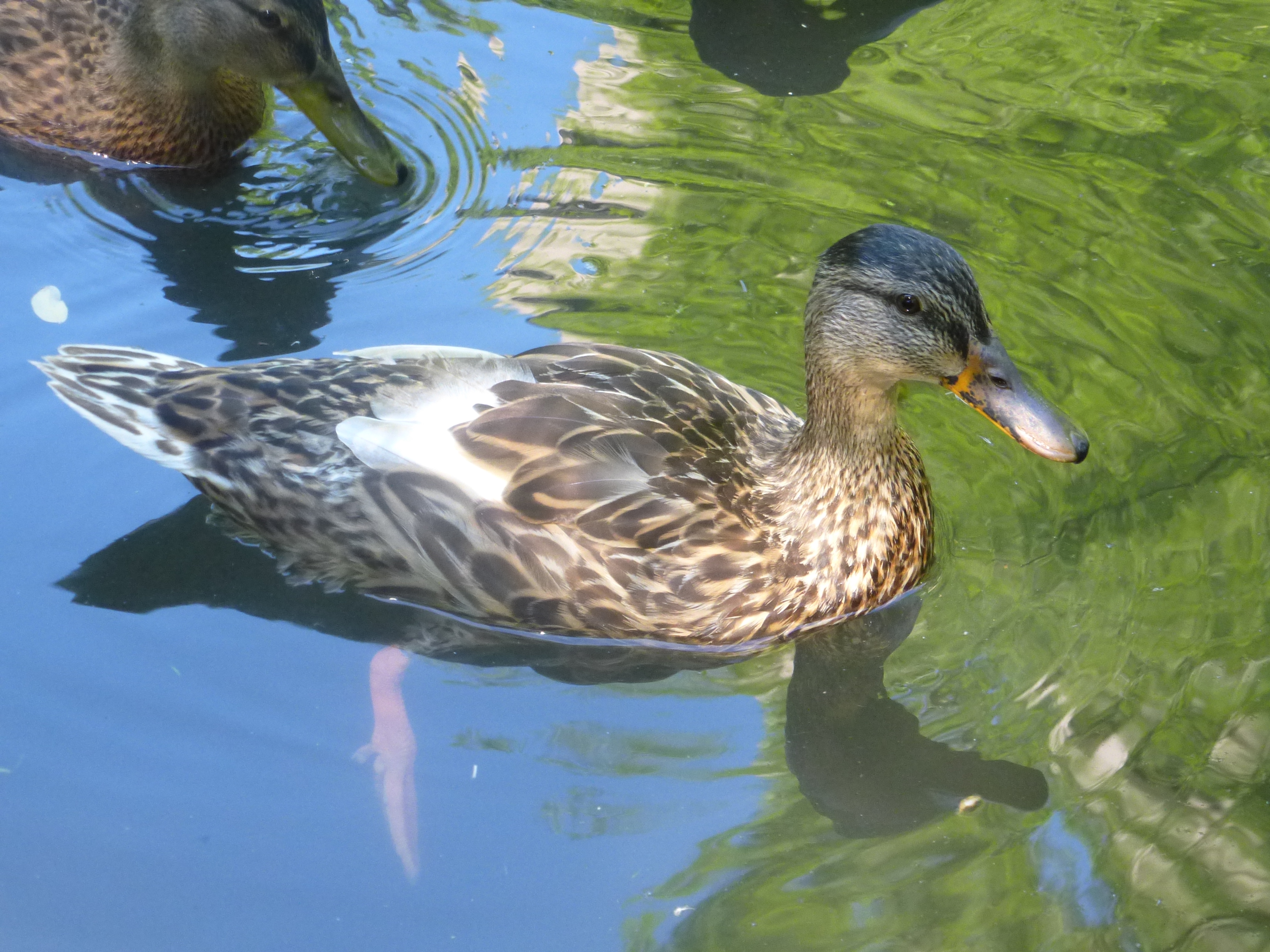 Meanwhile the ducklings are trying their wings, especially at bathtime. To me they look like flight is just around the corner: 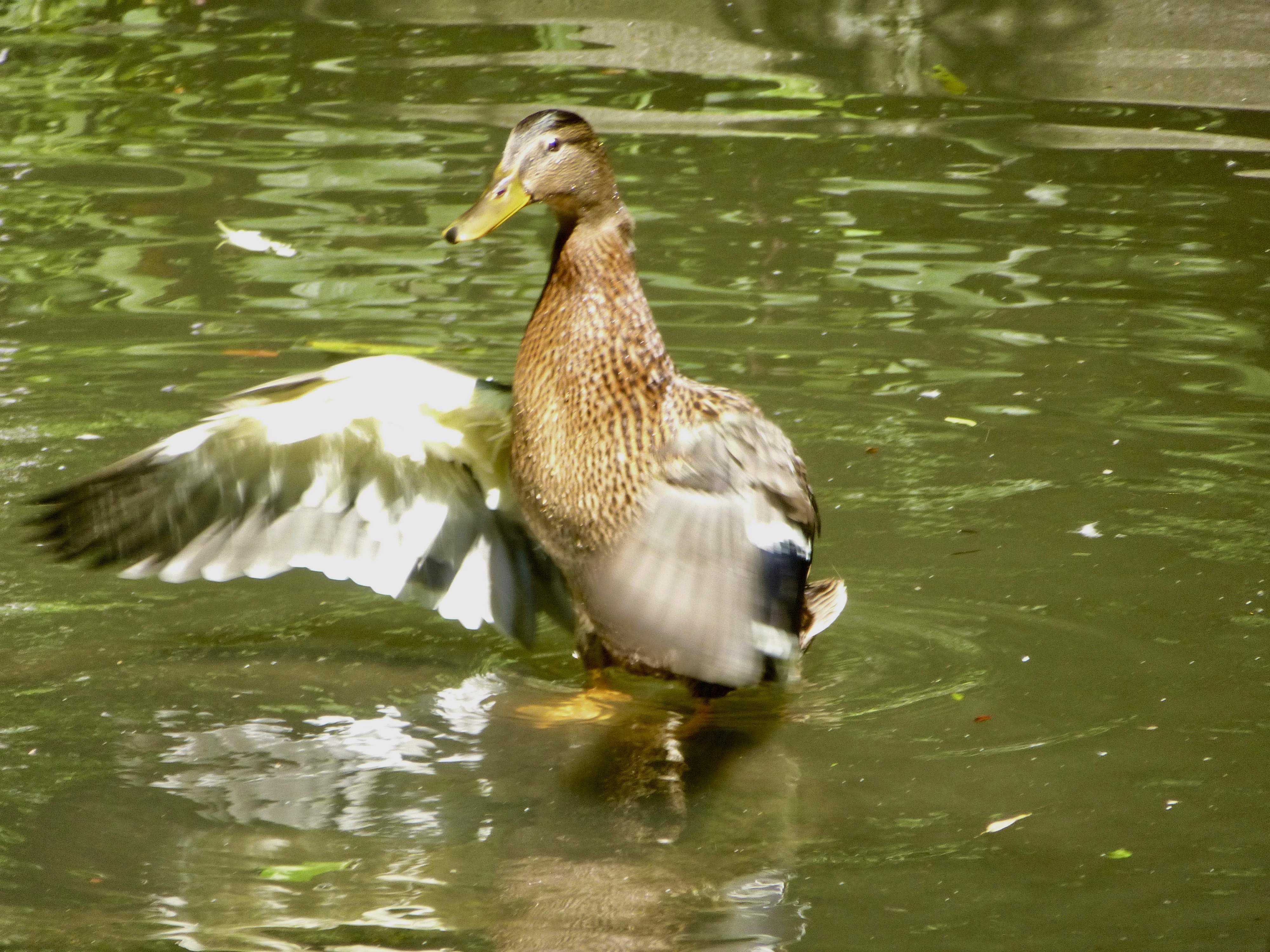 The violet-blue speculums of the ducklings are now quite visible, and, with the rest of their shiny new feathers, are a lovely sight. 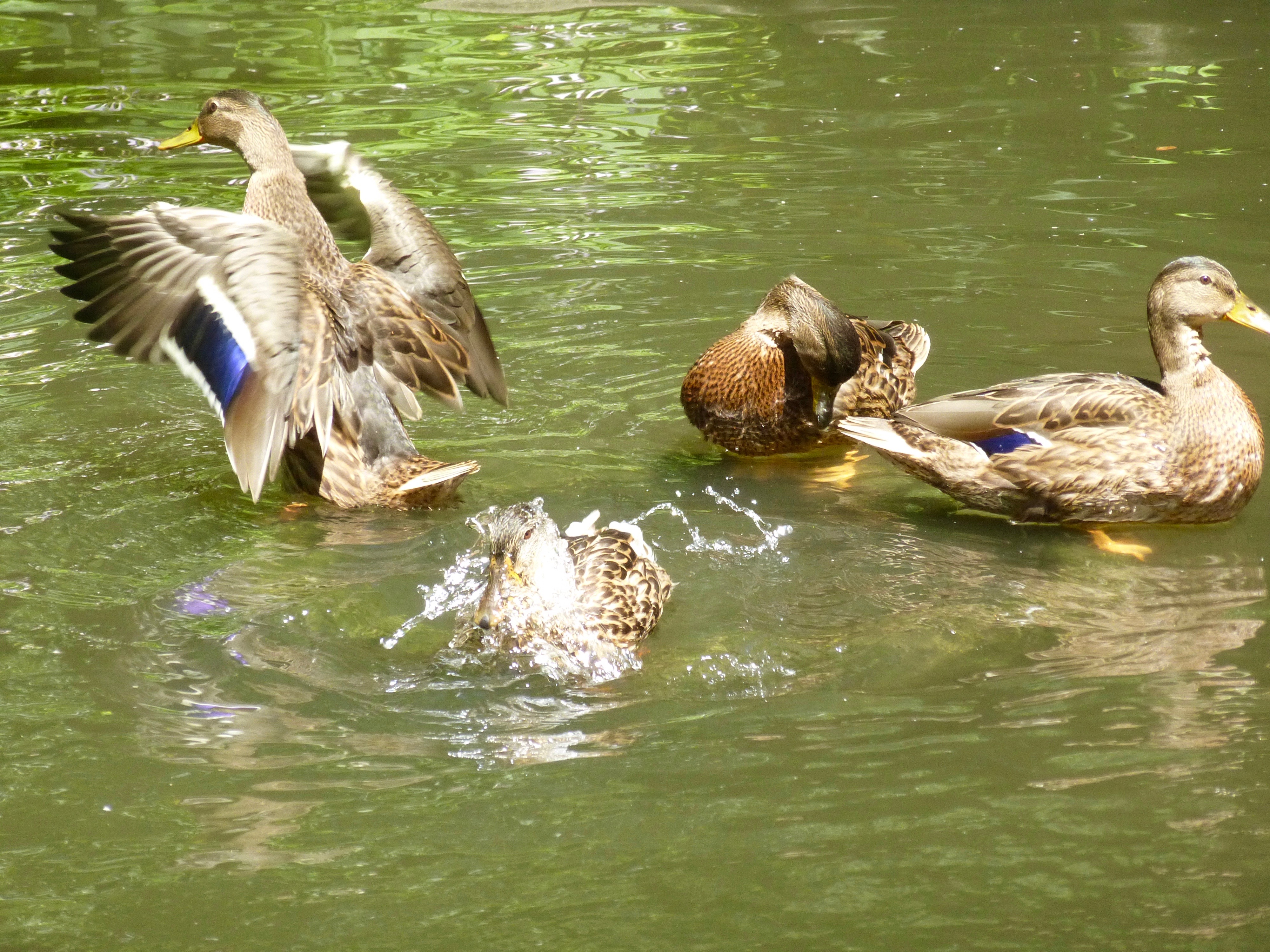 Bathtime always takes place with the turtles, who are warming up in the afternoon sun: 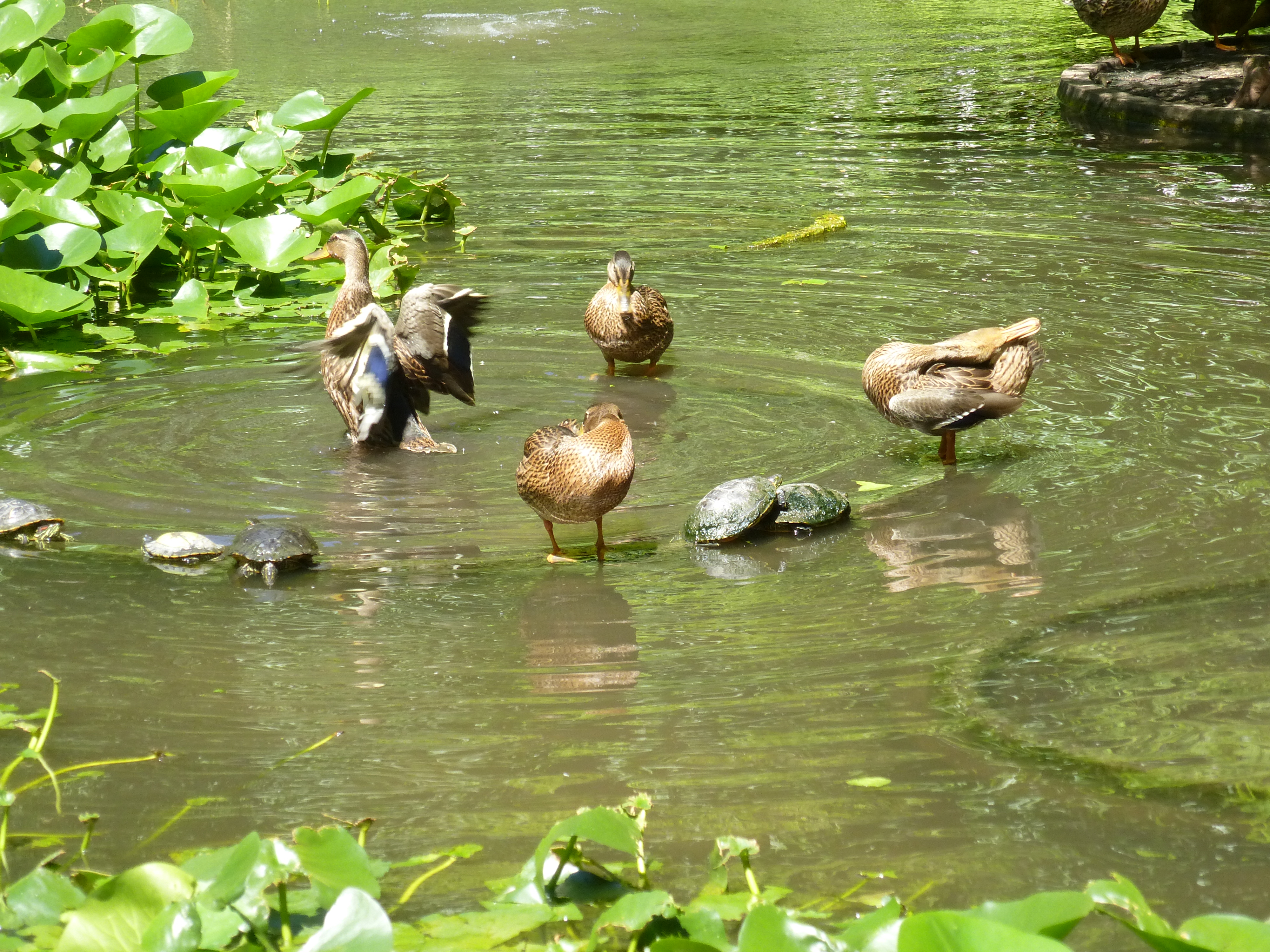 And bathtime itself is still delightful, with tourists and visitors laughing at the antics. Also, the ducks have started some antagonism: sibling rivalry has made them start pecking at each other (and at Honey!) during feeding time. 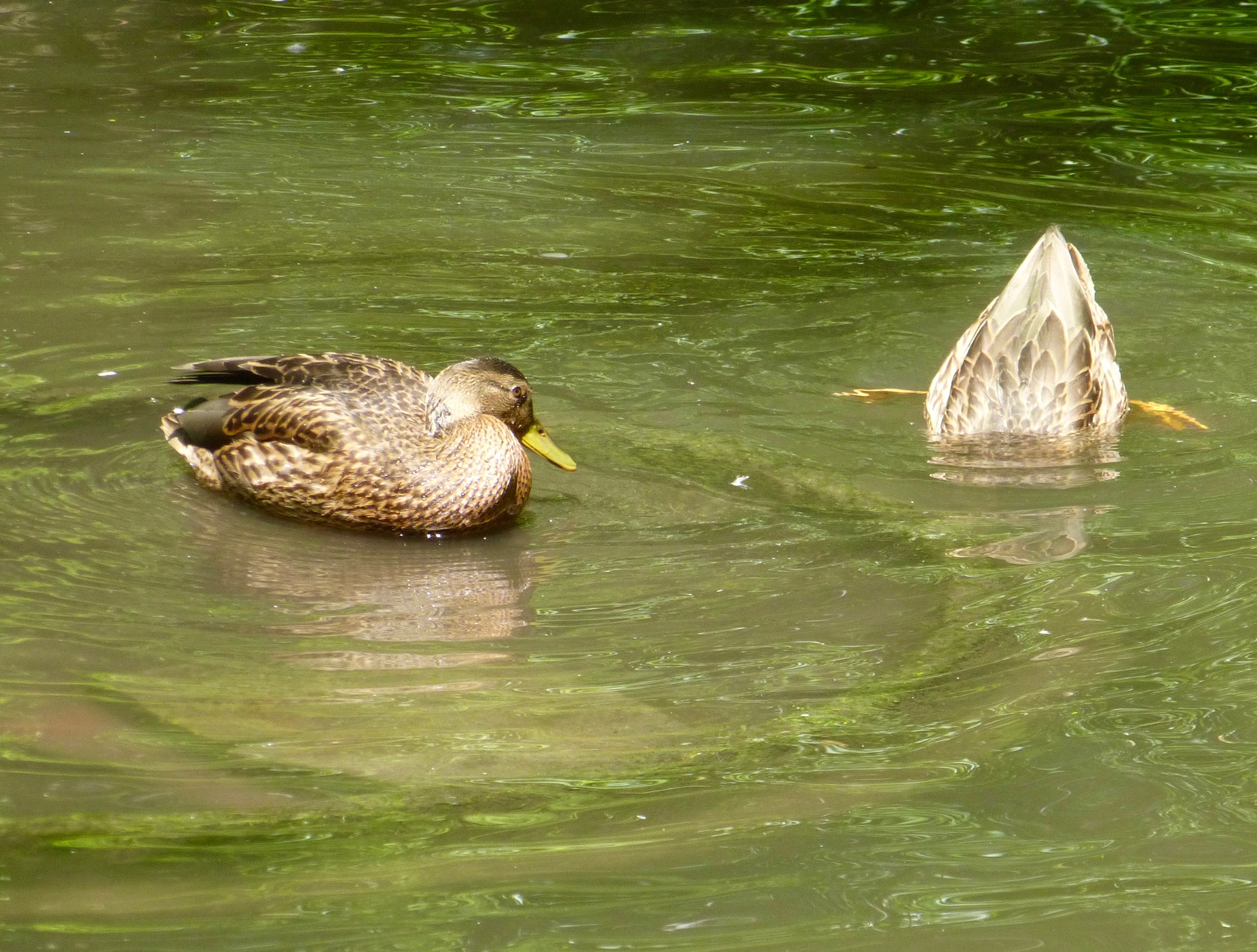 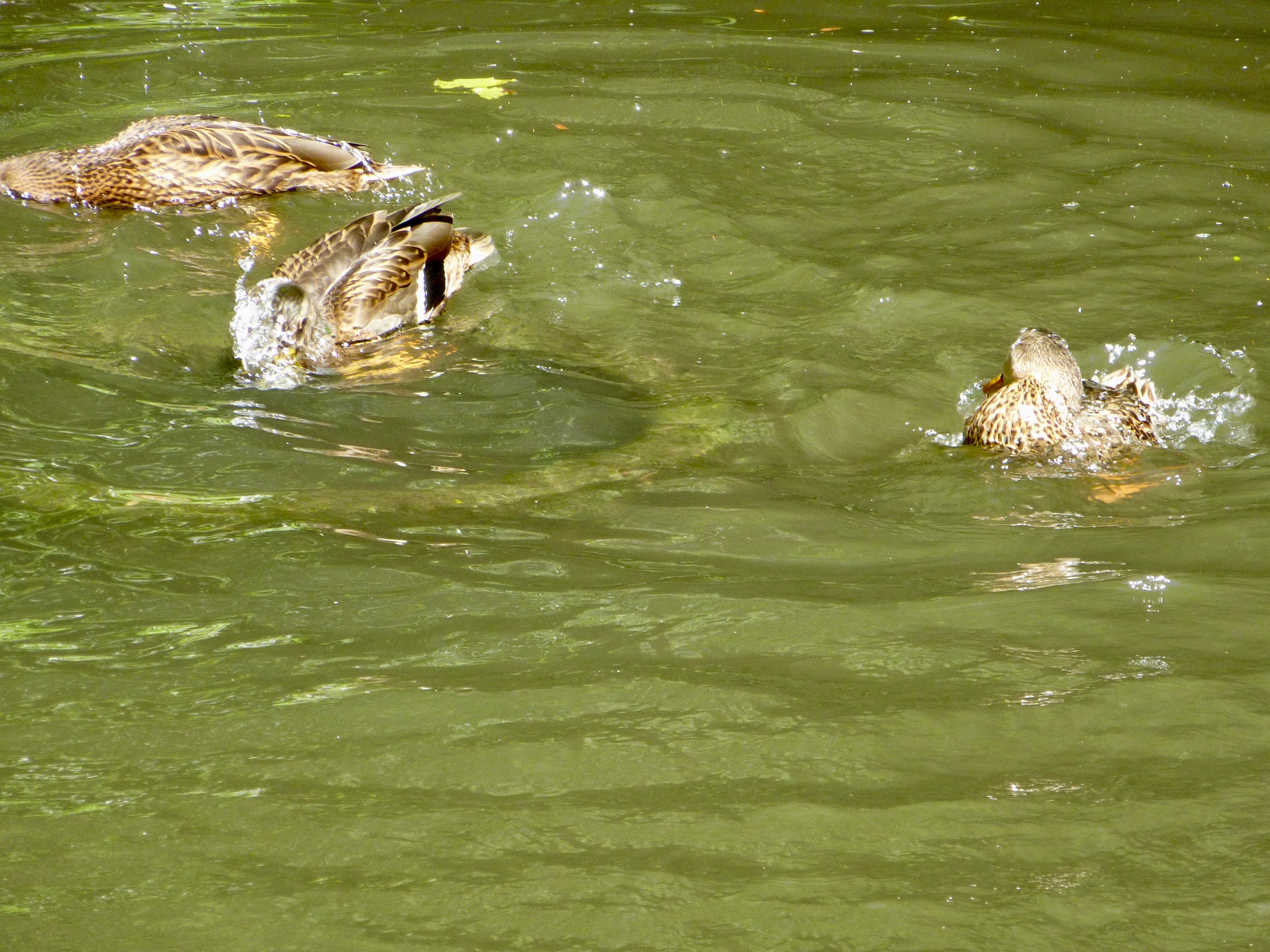 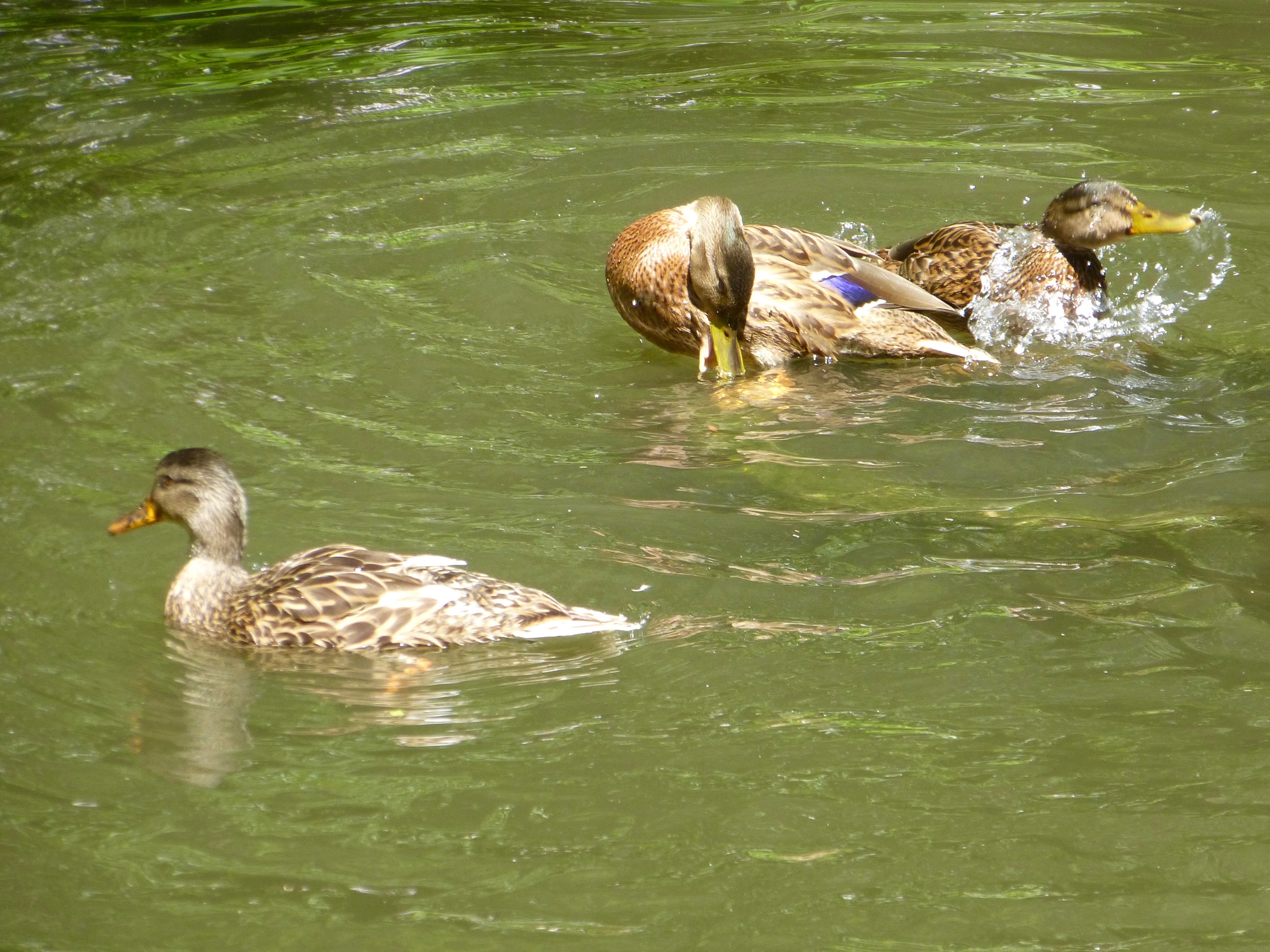 A general view of the postprandial ablutions in the morning: 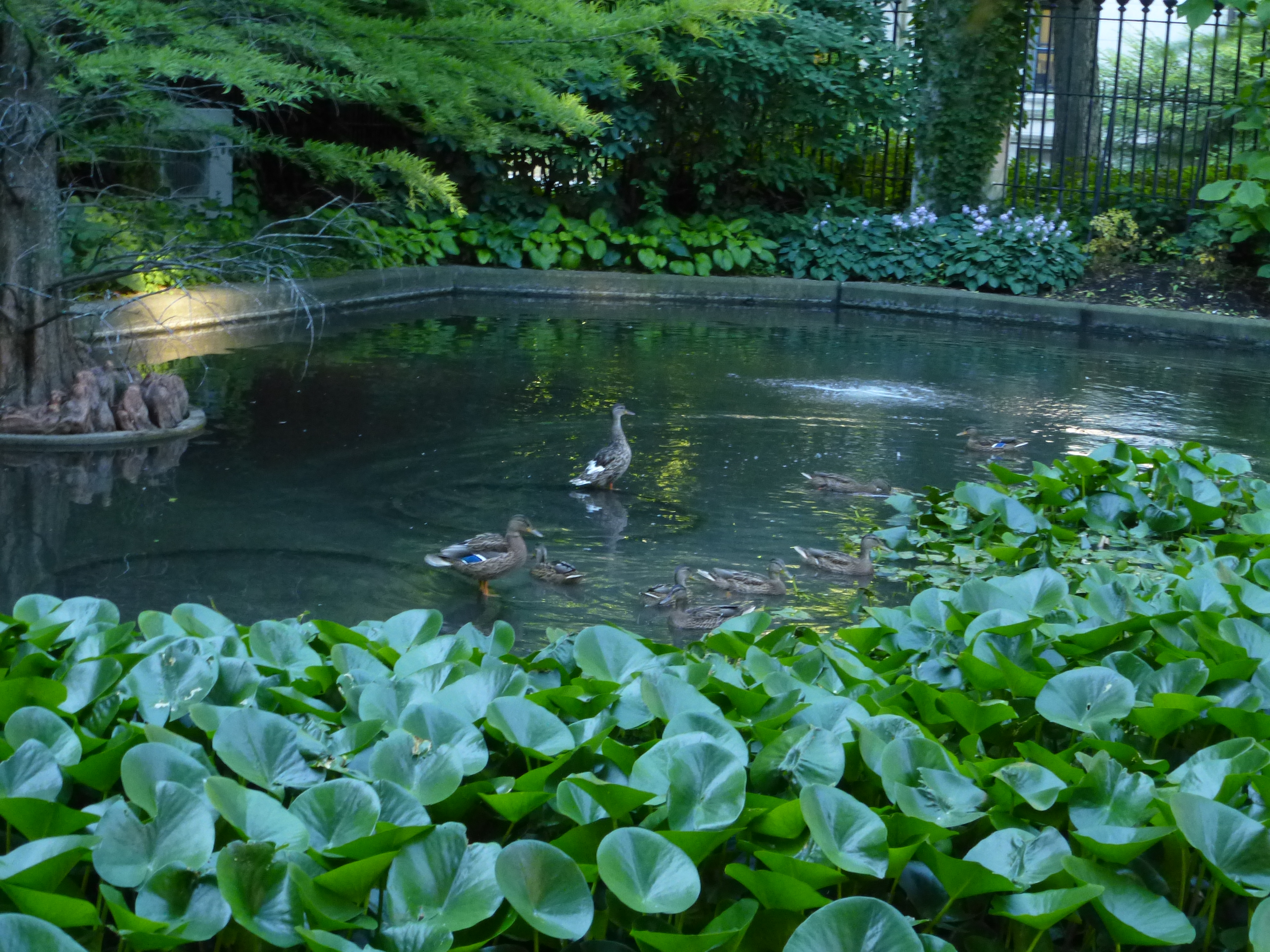 Here’s poor ragged Honey, losing her feathers (see the one at lower left?) but still doing her maternal job, standing guard over the brood: 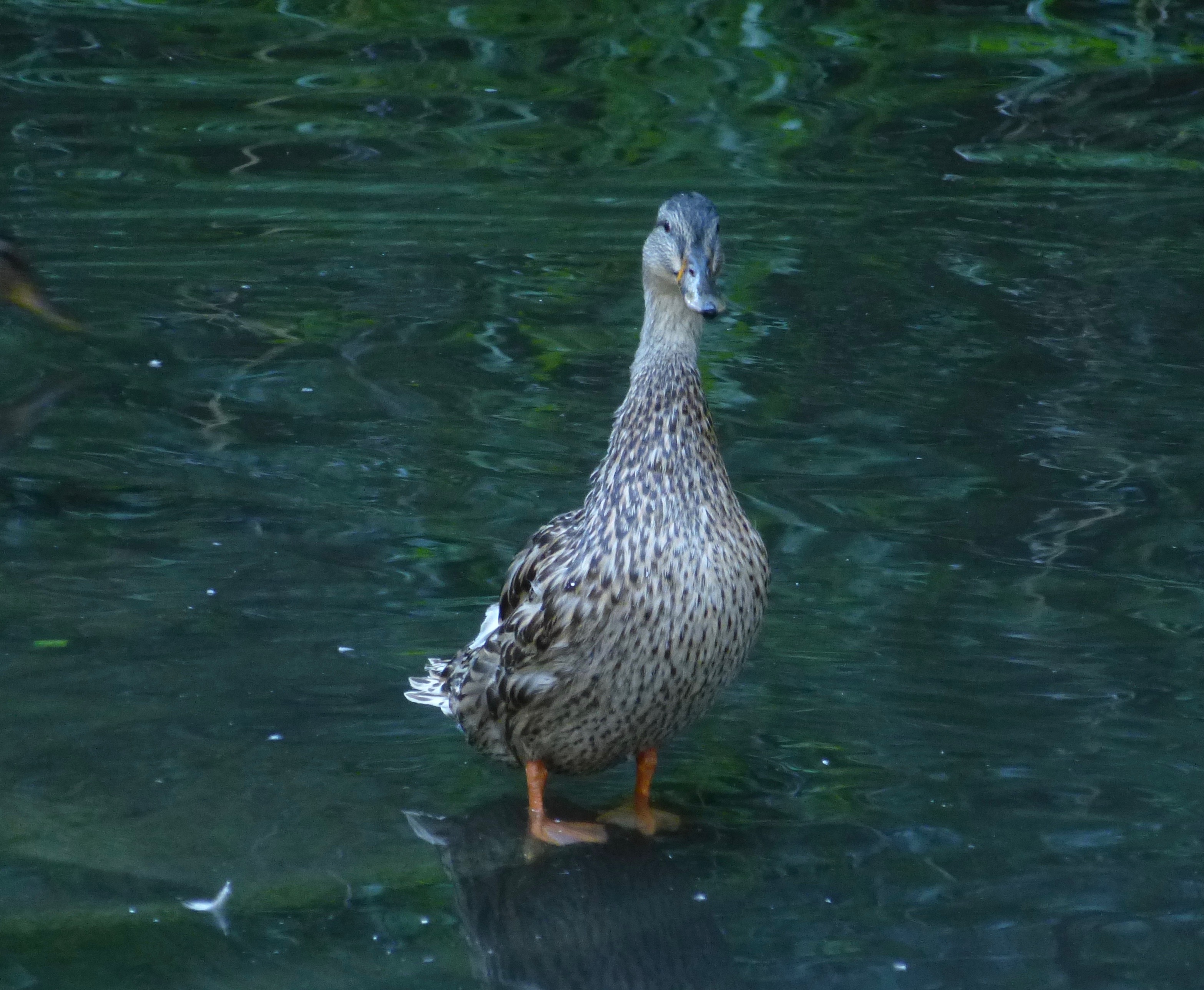 Ducklings fledge about two months after they hatch, and that would be roughly three days from now.