It’s the cruelest day: Tuesday: Tuesday, July 17, 2018, and “National Peach Ice-Cream Day“, though why they hyphenate “Ice-Cream” is beyond me. It will be a cool-ish day in Chicago at last, with lower humidity and a high of only 77° F (25°C). I have things to do downtown this morning, so posting will probably be light.

News of the day: Yesterday I posted on Trump’s shameful performance in Helsinki, siding with Putin over the U.S. intelligence service’s determination that Russia had meddled in the last Presidential election. To me this was the lowest low so far in his Presidency. Here are two statements ripping The Donald a new one, one by John Kerry, and the other by John McCain, who is dying. Click on the tweet to go to the original and read the statements.

On this day in 1762, Catherine II (Catherine the Great) became the tsar of Russia after her husband, Peter III, was overthrown and then killed. She ruled for 36 years. On July 17, 1902, the first air conditioner was created in Buffalo, New York, hardly a hot town. The inventor was Willis Carrier, and Carrier air conditioners are still the benchmark of quality for the product. On this day in 1918, Tsar Nicholas II of Russia, his wife, children, and three retainers were executed by the Bolsheviks in Yekaterinburg Russia. Although the bodies were buried in secret graves, they were dug up and identified between 1998 and 2007; the remains now rest in the Peter and Paul Fortress in St. Petersburg; you can see my post recounting the execution and showing the resting sites, made after I visited the Fortress in 2011. Here’s a photo I took of where the bodies are interred in the cathedral, with the graves of the Tsar and his wife Alexandra in the middle and those of their children around them: 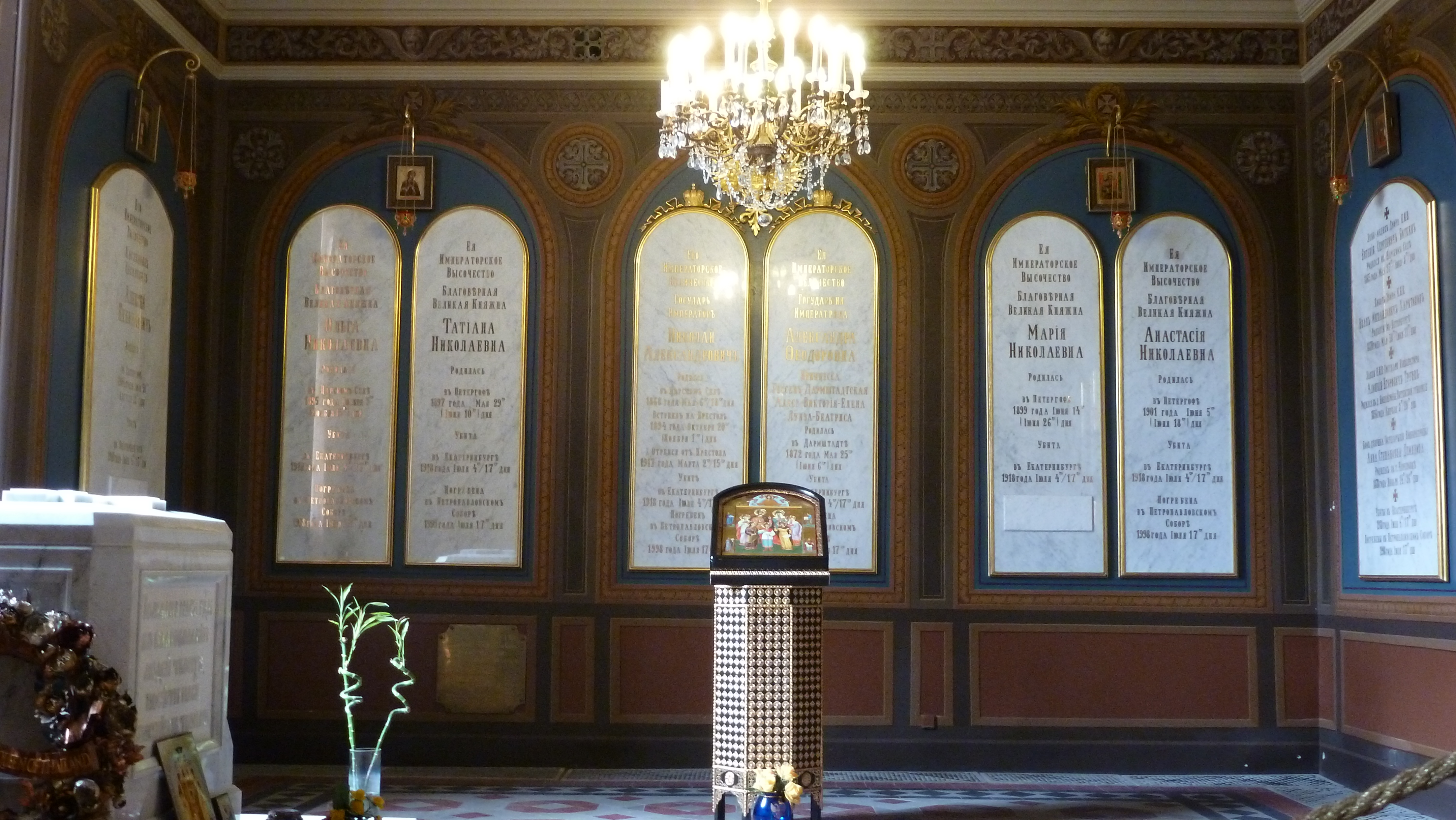 On July 17, 1945, Winston Churchill, Harry Truman, and Joseph Stalin met in Potsdam to decide what to do with postwar Germany and Poland. Finally, in 1984, the national drinking age in the U.S. was raised from 18 to 21. Although the move probably saved some lives, it seems to me that since the age at which you can join the military and fight for your country is 18, you should also be able to get a drink at that age. And if saving lives was the main aim, why not 25 instead of 21? 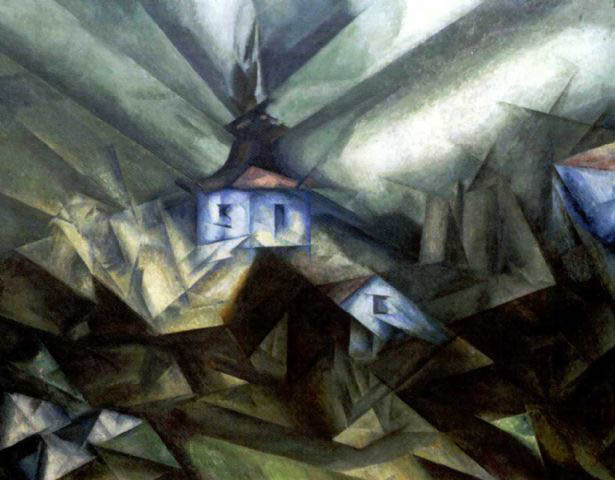 Meanwhile in Dobrzyn, the beasts got a visitor. As Malgorzata explains, “Elzbieta always comes with wonderful treats for Hili and Cyrus. They both know that by now and run to her as soon as they see her, each wanting to be the first.”

Hili: How nice to see you, my good woman.
Cyrus: Don’t listen to her, she is an insincere cat. 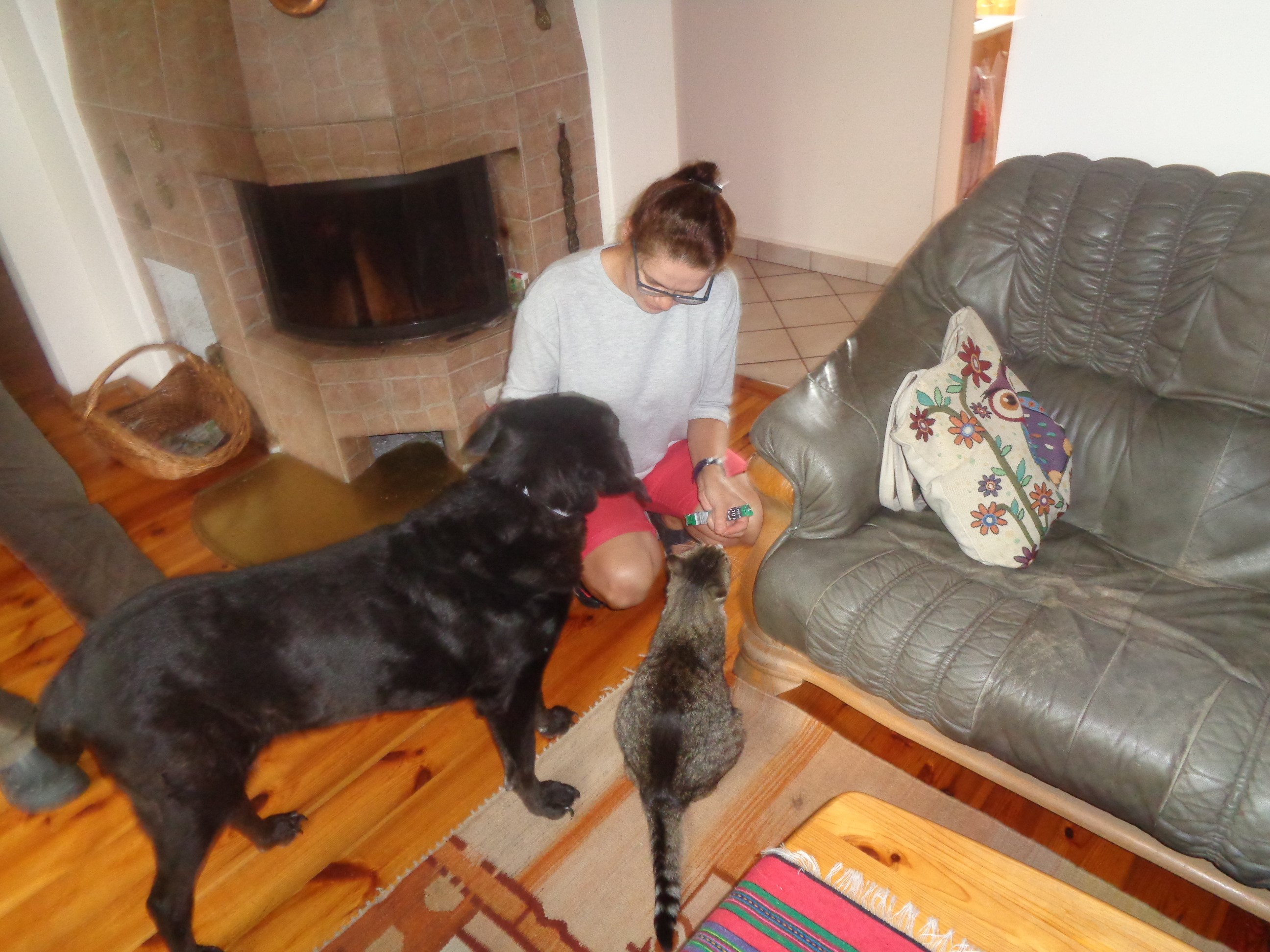 Tweets from Grania. First, a candidate for the Darwin Award:

I mean, at that point, why not go all in? https://t.co/kQRZBEg52g pic.twitter.com/g0Rg98qbsI

Just one of many missteps by Trump in Helsinki:

Trump in opening remarks to Finnish President in Helsinki thanks him for his support, and says NATO has never been stronger. Finland isn't in NATO.

An anti-Trump protest in the UK with some humor:

From Matthew; You can have tons of fun (and enlightenment) by going to this site, clicking on any species, and seeing its genealogy with respect to our own, as well as the putative common ancestor and when it lived:

Tree of Life Explorer @Evogeneao Click on the name of a creature to trace our lineages back to a common ancestor and discover our relationship. https://t.co/zrGNxzKaiq pic.twitter.com/lFYMb0gcmg

Matthew notes that this second tweet gives “The suggestion is that this Psocid barklouse fly is imitating a jumping spider looking right at ya…”. That seems a pretty good hypothesis to me.

This is actually in a textbook..(Glencoe Science: Biology, Chapter 5, Section 3.)

Retweet if you see it. pic.twitter.com/k48MkRws9A

A new archaeological discovery in Ireland:

. . . and another clip from Matthew’s favorite comedian of the silent era of movies, Buster Keaton:

Buster Keaton's film-making philosophy: "I always want the audience to out-guess me, and then I double-cross them."
(One Week 1920) pic.twitter.com/OdIcKuPlVi

Finally, as lagniappe, here’s a bonus video from reader Michael Glenister, who fostered Mr. Paws, a cat with a lovely purr. His notes and then his video; turn the sound up for the purr!

The cat I was fostering got adopted today.  However I thought you might appreciate his unusual purr.