It’s Monday, July 16, 2018, and National Corn Fritters Day, celebrating a foodstuff that is good but rarely seen. It’s going to be another steambath in Chicago today, with a high of 85° F (29.4°C) but a sopping humidity of 88%. The ducks will be hot in their feather coats, but fortunately can swim and gambol in a cool pond, constantly replenished with fresh cold water.

Tuesday is a red-letter day for international law: from then on, political and military leaders who order the invasion of foreign countries will be guilty of the crime of aggression, and may be punishable at the international criminal court in The Hague. Had this been an offence back in 2003, Tony Blair would have been bang to rights, together with senior numbers of his cabinet and some British military commanders. But if that were the case, of course, they would not have gone ahead; George W Bush would have been without his willing UK accomplices.

. . . The crime will be committed by those who direct the use of armed force against the “sovereignty, territorial integrity or political independence” of another member state, in a manner which “by its character, gravity, and scale” amounts to a “manifest violation” of the UN charter (which prohibits such attacks, other than in self-defence).

July 16, 622, marks the beginning of the Islamic calendar; that’s the year in which Muhamed (peace be upon him) and his followers (peace be upon them too) moved from Mecca to Medina. On this day in 1661, the first banknotes in Europe were issued by the Swedish bank Stockholms Banco. Here’s what one looked like: 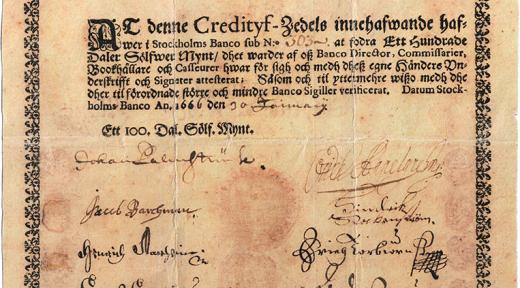 On July 16, 1769, Fr. Junípero Serra founded the first of California’s missions, the Mission San Diego de Alacalà, which became the hub of the city of San Diego.  In 1790, Washington, D.C. officially became the U.S.’s capital city when the Residence Act was signed. A sad day for all of us: on this day in 1935, Oklahoma City, Oklahoma installed the world’s first parking meter. Here is that infernal machine: 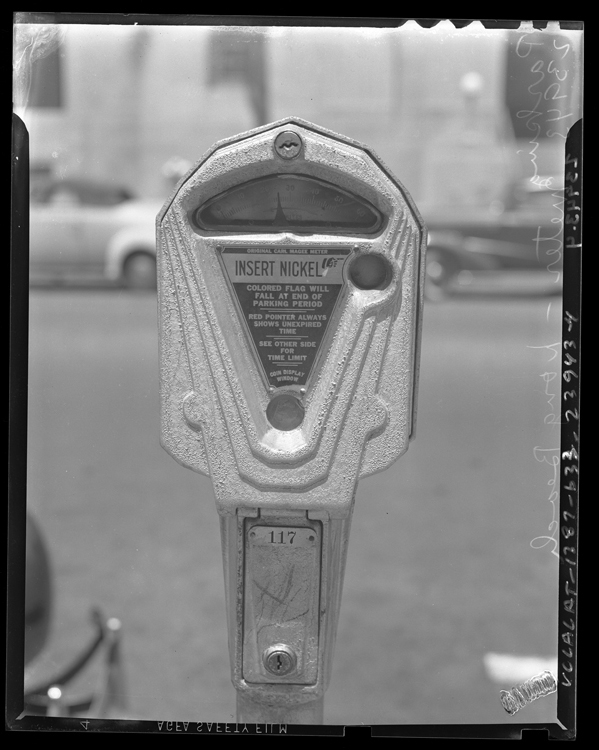 On July 16, 1941, Joe DiMaggio hit safely in his 56th consecutive baseball game, ending a streak that still stands as the record for Major League Baseball (in the minor leagues, he hit safely in 61 straight games for the San Francisco Seals). That was one of several landmarks in baseball on July 16; here’s a video describing them:

On this day in 1945, the US. successfully detonated a plutonium-based nuclear weapon in New Mexico, inaugurating the Atomic Age. On this day in 1969, the Apollo 11 mission began with a launch from the Kennedy Space Center in Florida that culminated with the first walk on the Moon four days later. On July 16, 1999, John F. Kennedy Jr., his wife, and his sister-in-law were killed when a small plane piloted by JFK Jr. plunged into the Atlantic Ocean off Martha’s Vineyard. Finally, on this day in 2004, the highly visited Millennium Park opened in Chicago, which Wikipedia describes as “Chicago’s first and most ambitious early 21st-century architectural project.”

Meanwhile in Dobrzyn, Hili is at last doing her job.  Malgorzata explains:

Hili is sitting outside the window and looking into the room at Andrzej’s screen, fulfilling her editor’s duties even while taking a break. 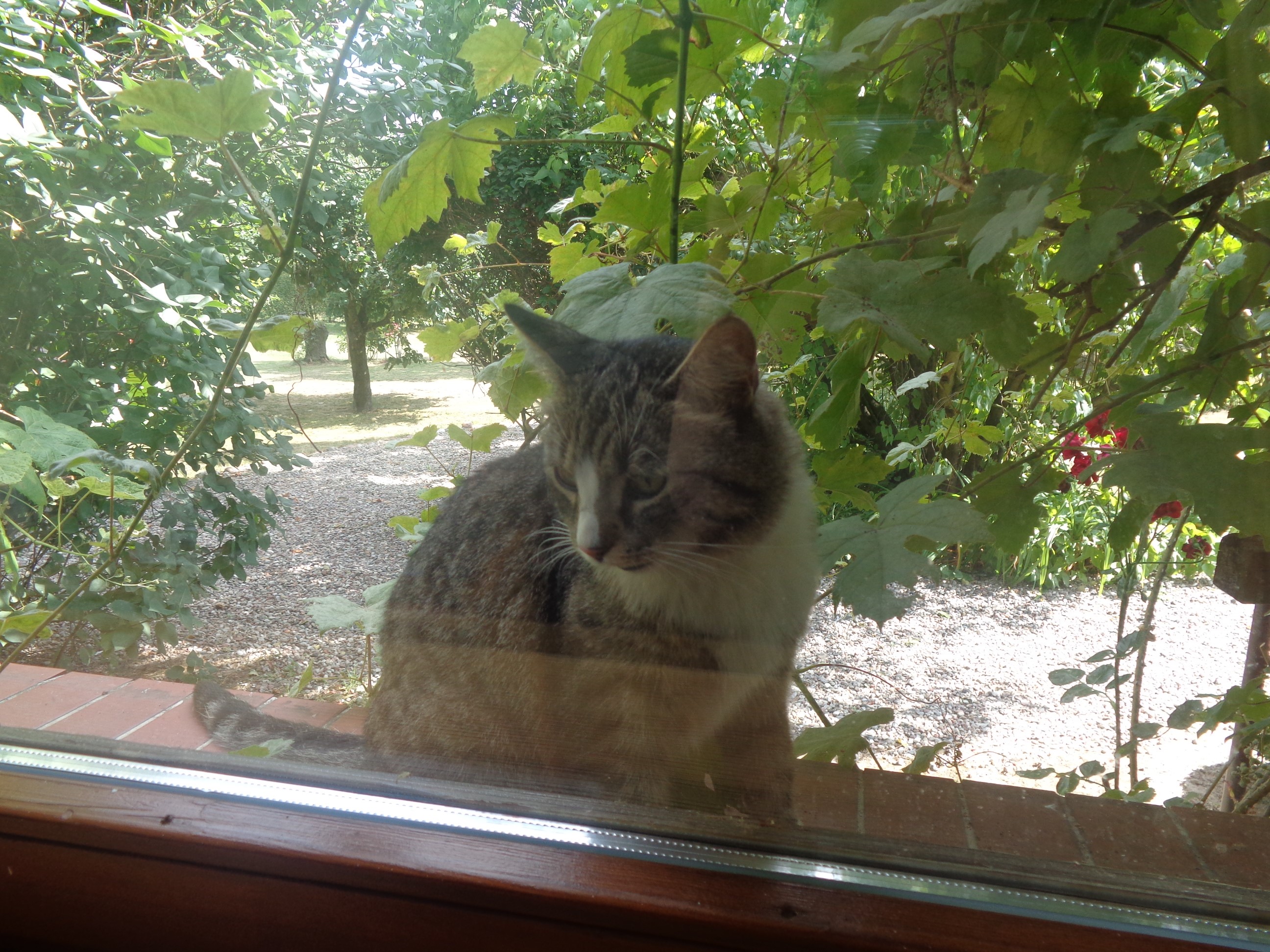 From reader Anne Houde: 11 ducklings saved! What a catch, and what a nice man!

From Matthew: Wouldn’t you know it! (The tweet has disappeared: the animal was a raccoon):

Speaking of turtles, they’re a source of salt much needed by butterflies. Be sure to check out the video in the link:

Some butterflies are lachryphagous. What does that mean?
They drink TEARS, and especially love them some turtle tears.

I don’t know how this guy got away with diving in tennis, but it’s funny:

Biology teachers: here’s a diagram to use in your classes:

If nothing else in my life ( and I’ve lived plenty trust me) this will be one of my favourite moments- and photos #trumpprotestTurnberry pic.twitter.com/kN0p0LR2vt

From Grania: a cat wearing a Dunkin Donuts bag.

And a sleeping puss:

Here’s a geological conundrum; perhaps they really know how these are formed:

Ladder “dikes” are curving troughs of black minerals such as biotite, hornblende, and magnetite that form stripes cutting the granites of Yosemite. Though rare, they occur all over the park. How they form and what they mean is a mystery and a target of current research. pic.twitter.com/vYgLBk4zYk

An affectionate seal gets a belly rub:

And from Heather Hastie, another successful duckling rescue. I’m a sucker for these videos, of course: