Reader Joe Dickinson recently went to Australia and New Zealand (lucky guy!) and has sent us some photos. His notes are indented, and some of the IDs could use confirmation:

Here is some “wildlife” from Australia.  We had little luck out in the bush, but visited some nice “wildlife parks” in Cairns and Sydney. These are really zoos, but more intimate than is typical in the US (more like what we call “petting zoos” but with native species rather than barnyard animals).  This first shot with (I think) western grey kangaroos (Macropus fuliginosis) clearly shows that intimacy. 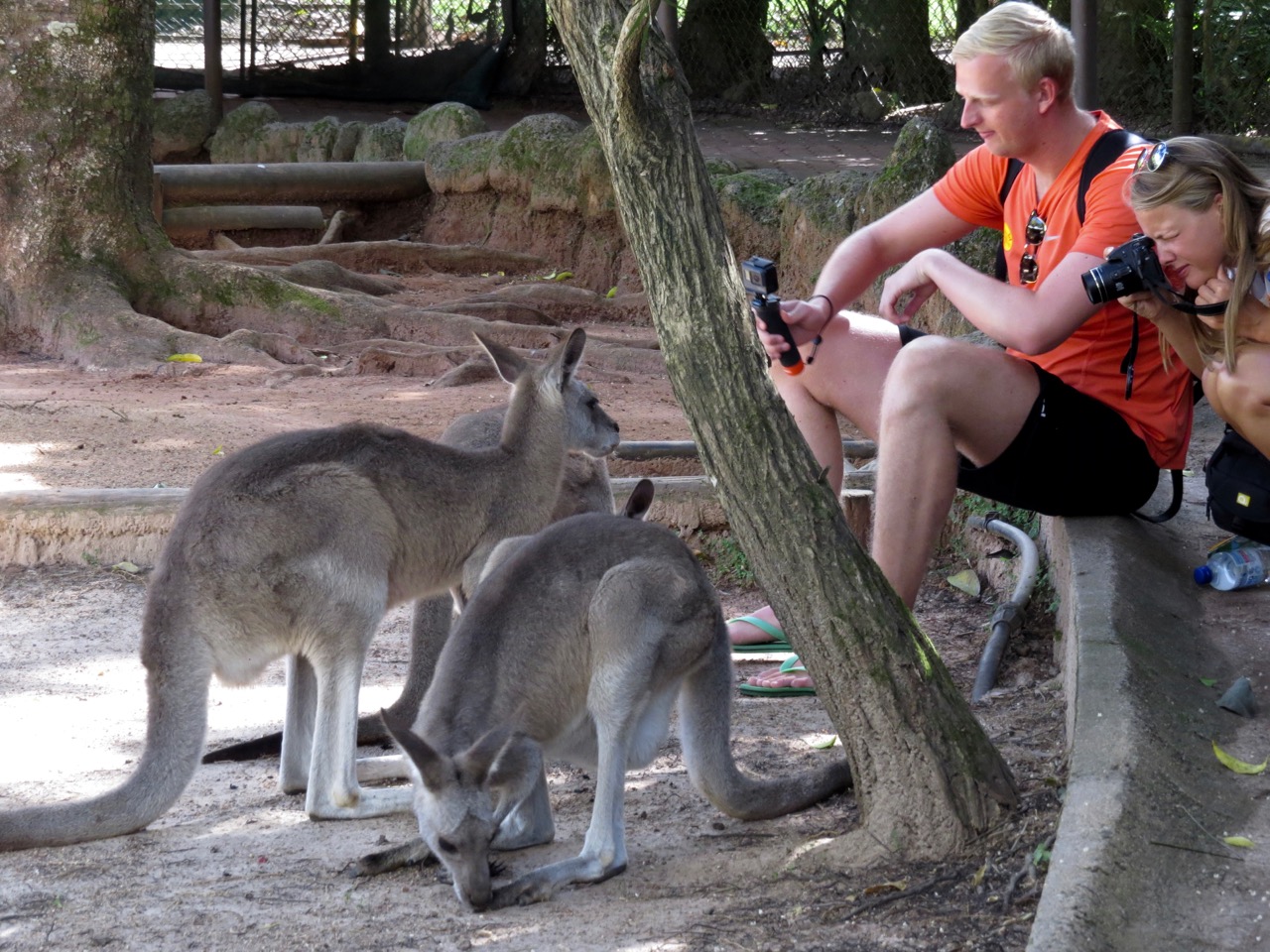 The next two may be wallabies (basically an arbitrary distinction since they can be in the same genus) but I’m not sure of the species.  In the second shot, a “joey” is in head down in the pouch with feet sticking out.  The lady with the big smile is my wife who, once again, must never know I posted this.  We were traveling with a UC Berkeley alumni group, hence the cap.

JAC: Note the joey in the first photo, too: 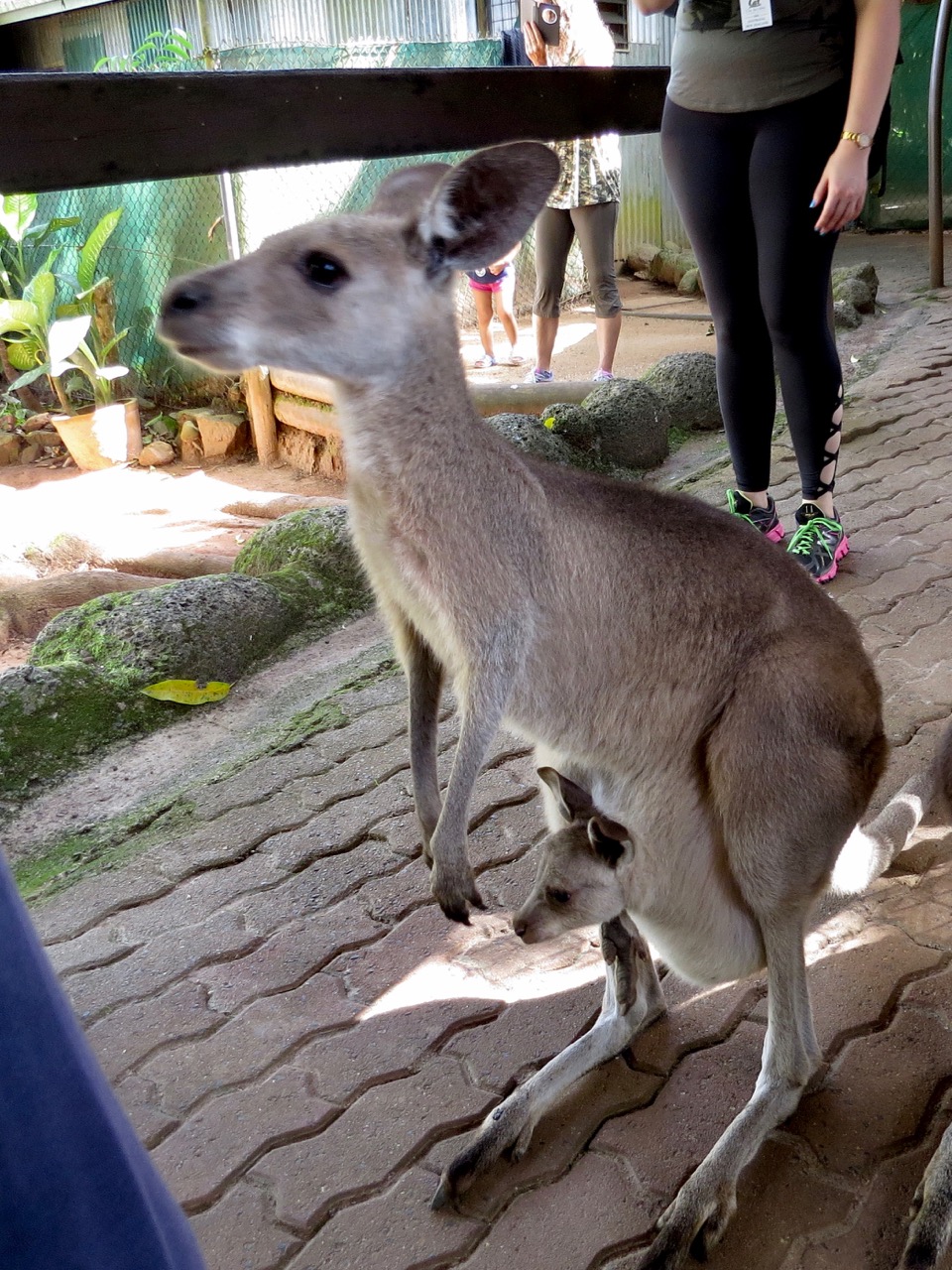 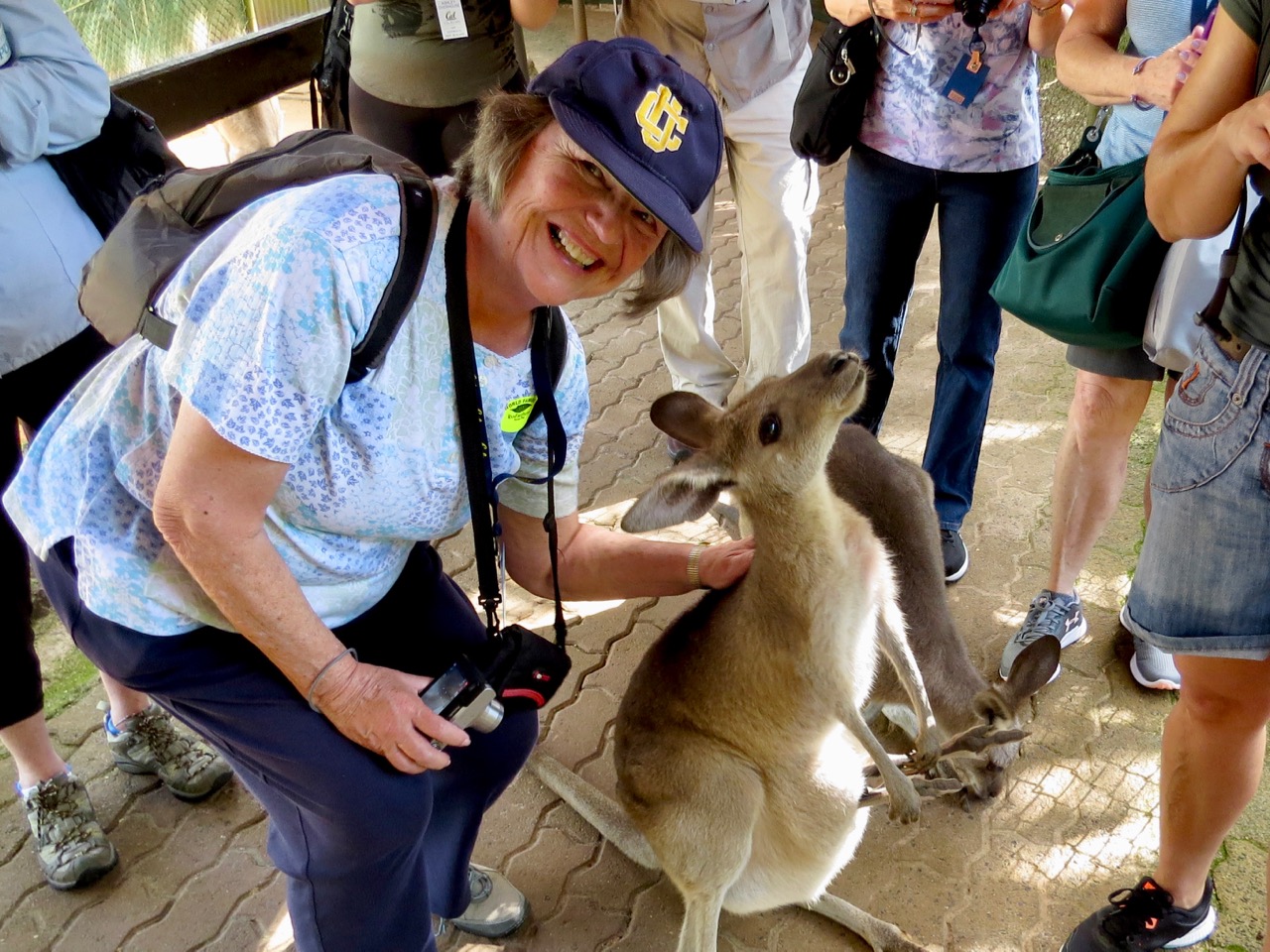 These I’m pretty sure are agile wallabies (Macropus agilis). 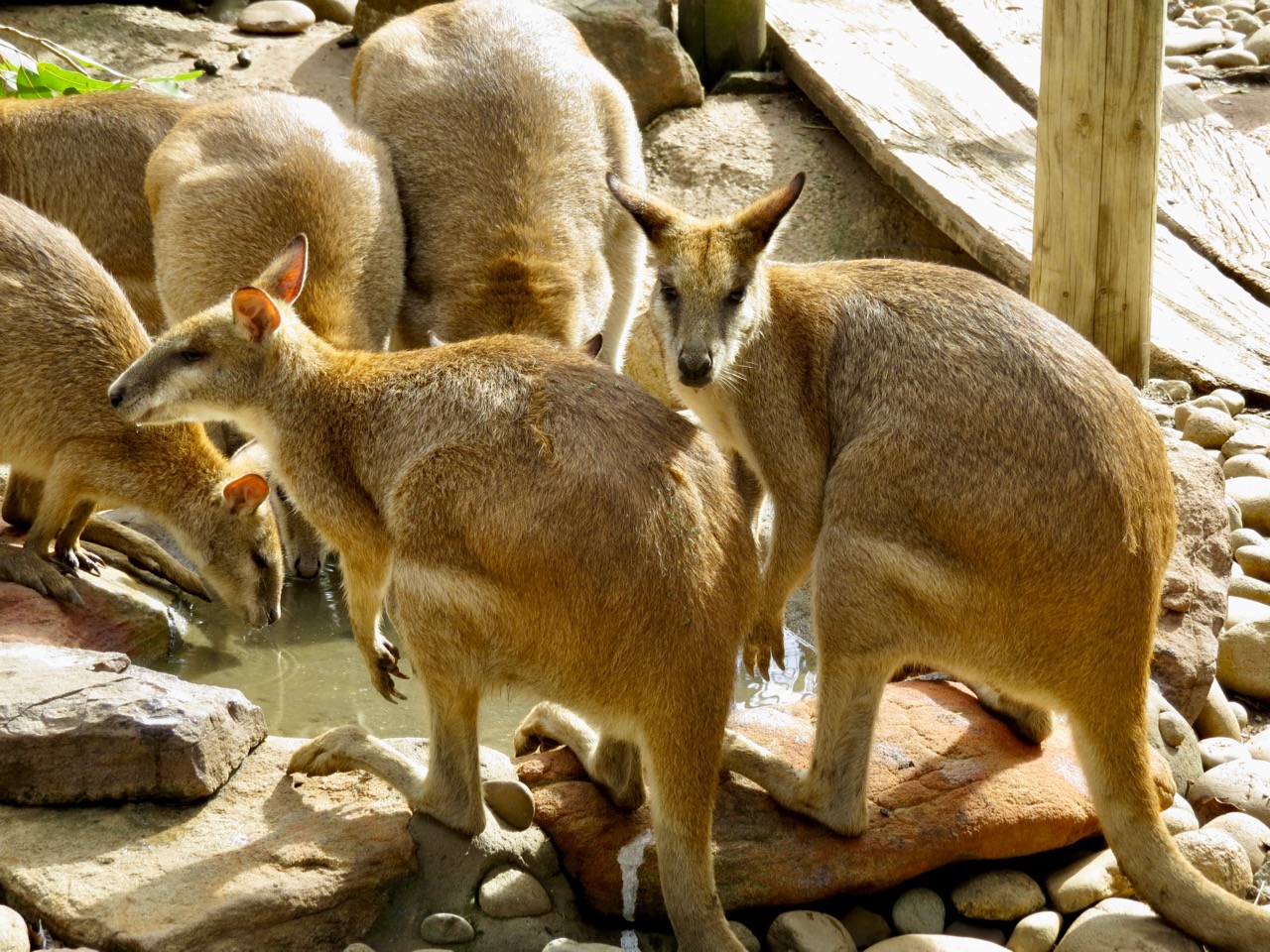 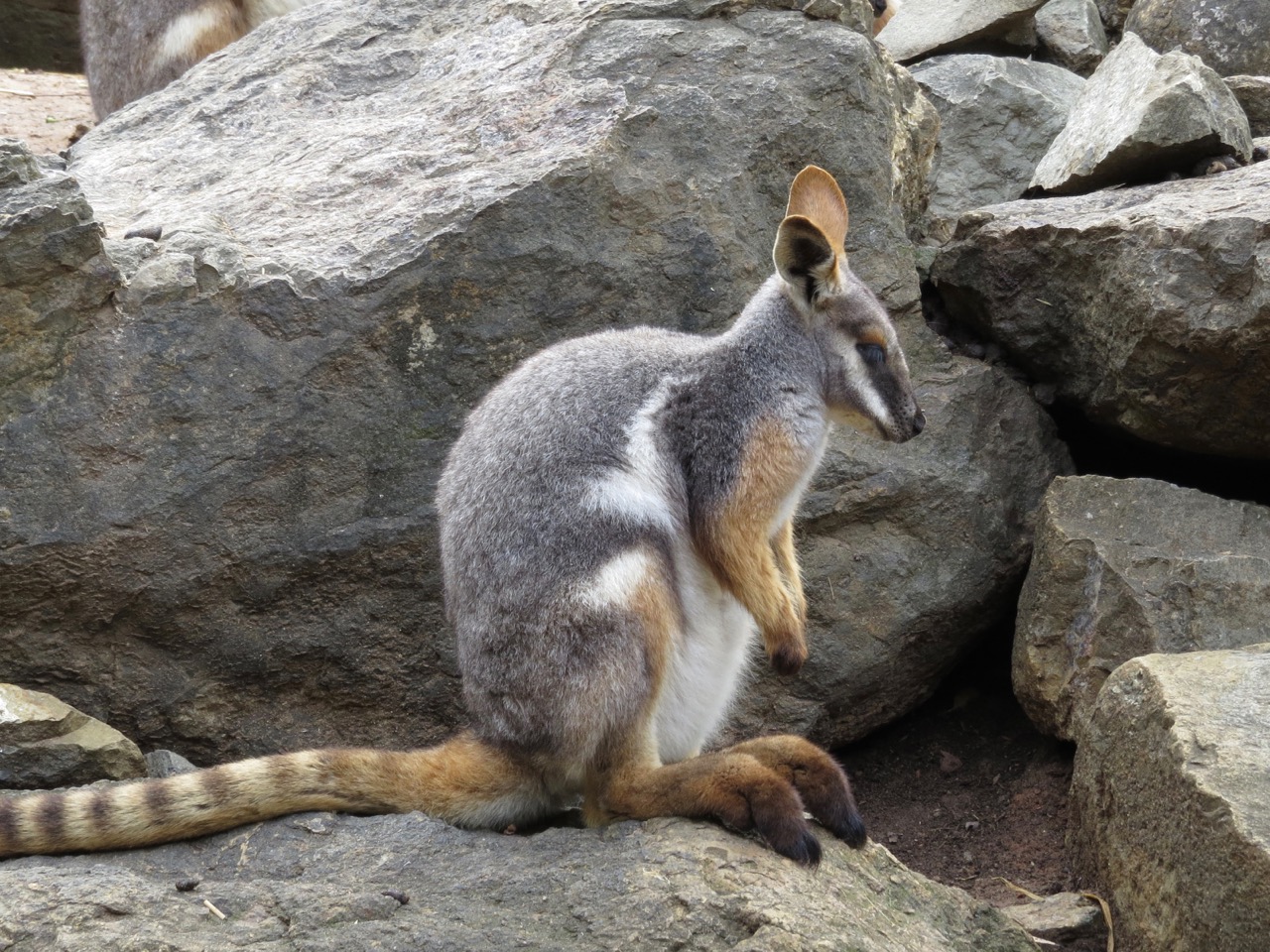 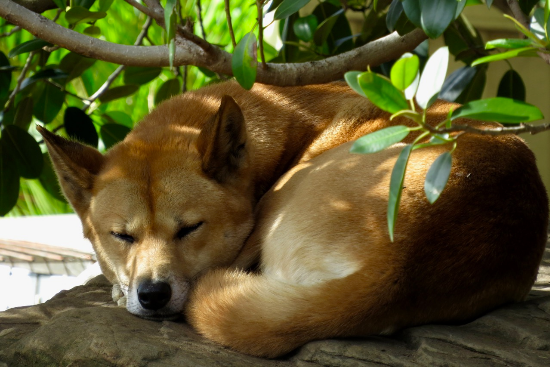 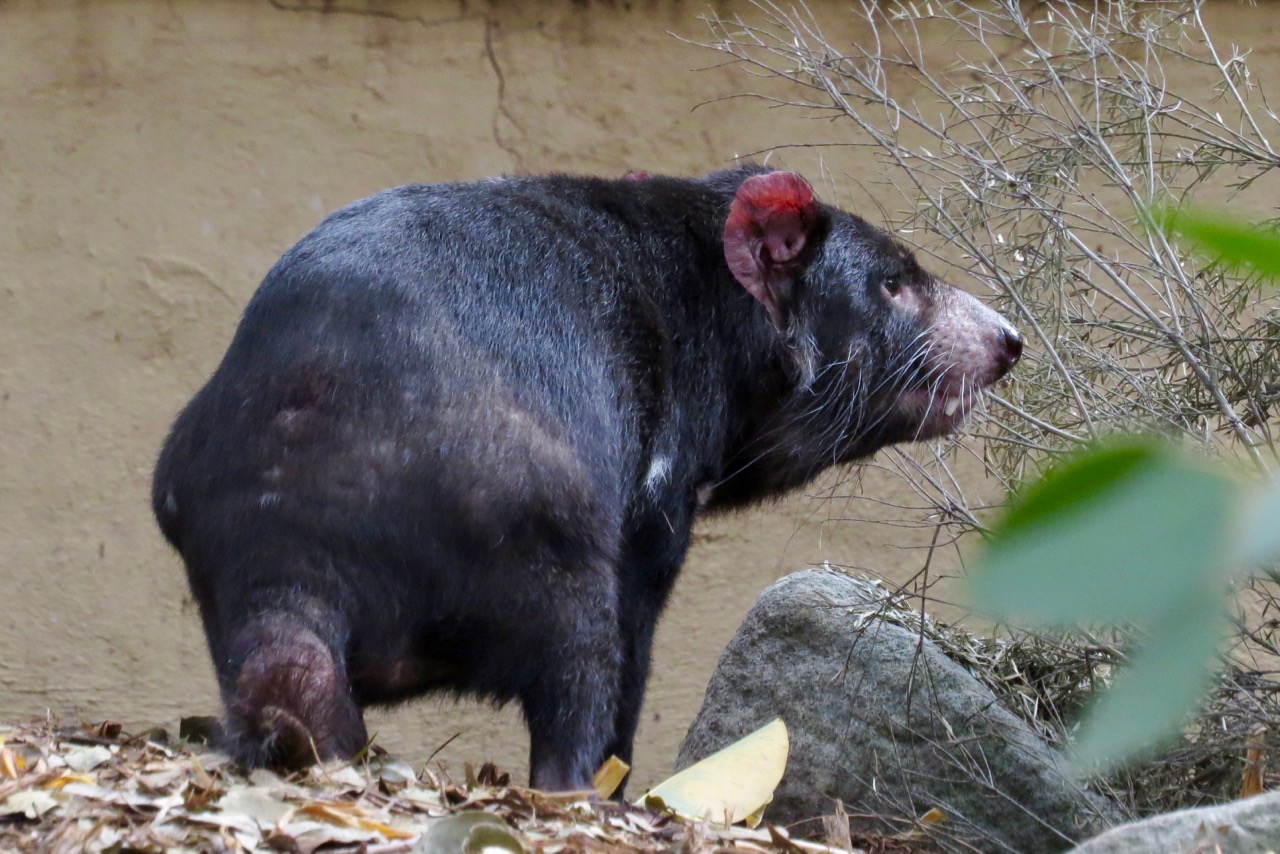 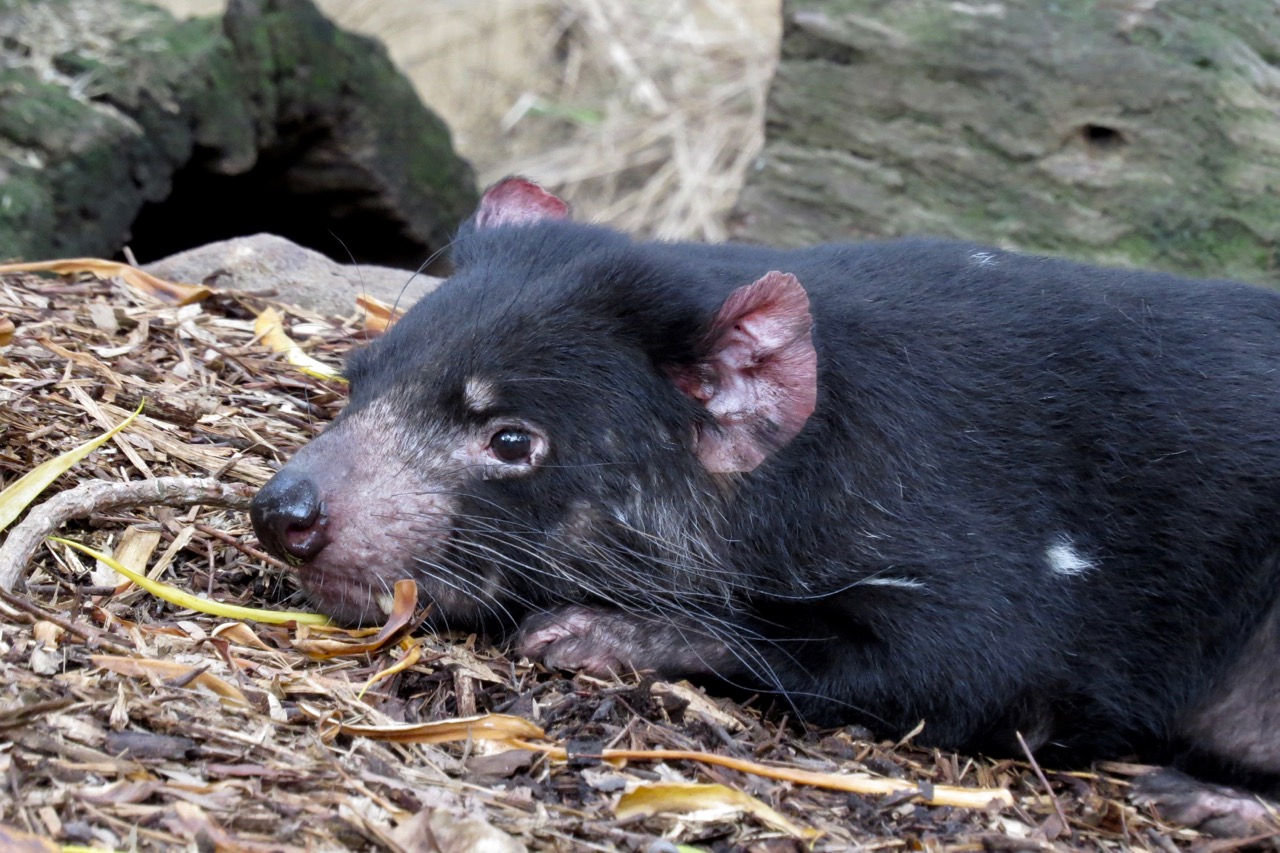 We did not see a platypus but I was excited to see another monotreme, the short-beaked echidna (Tachyglossus aculeatus). 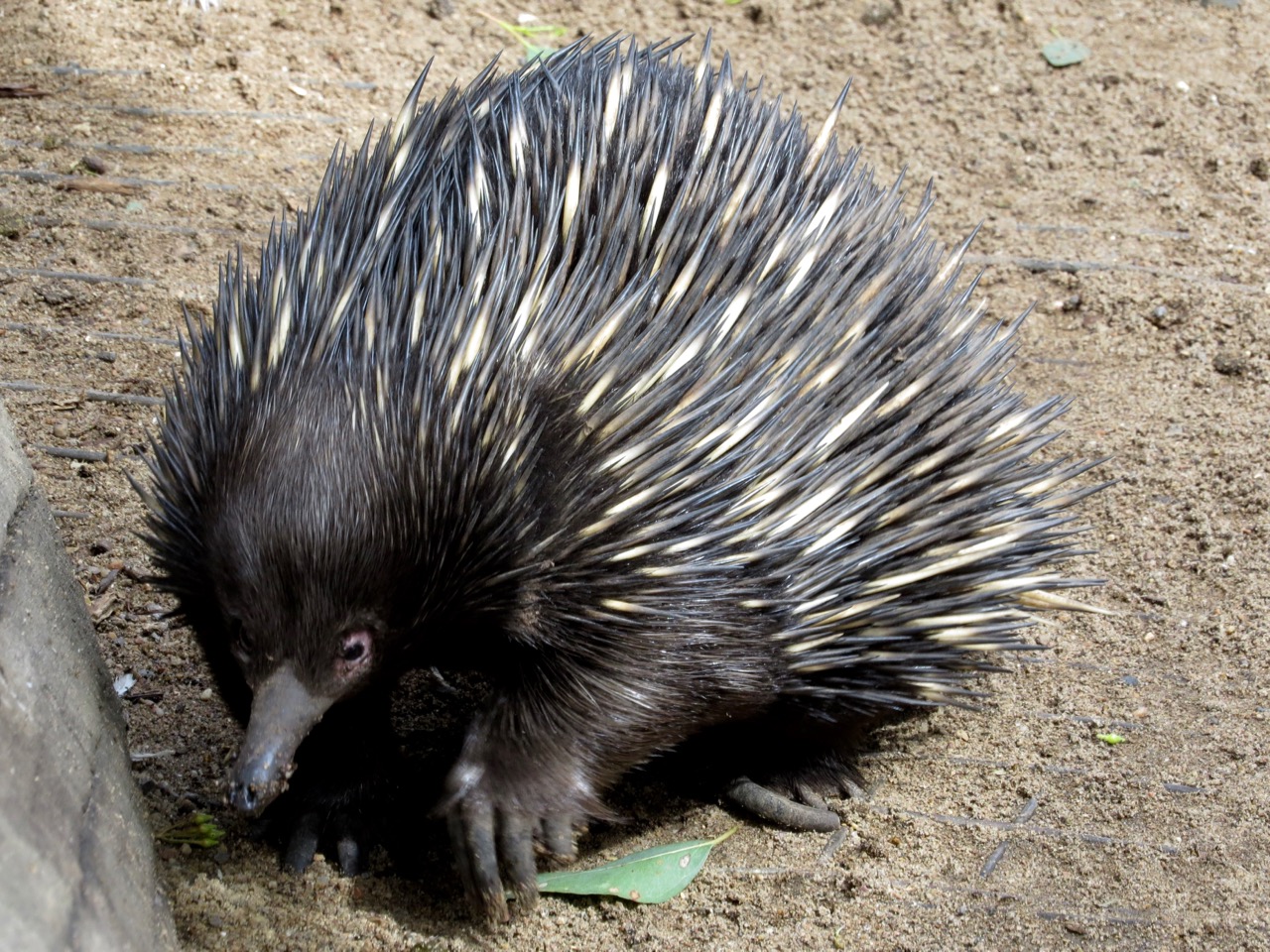 The echidna had to be fed inside a hollow log so that the ubiquitous and aggressive Australian white ibis (Threskiornis moluccus) could not steal the food. 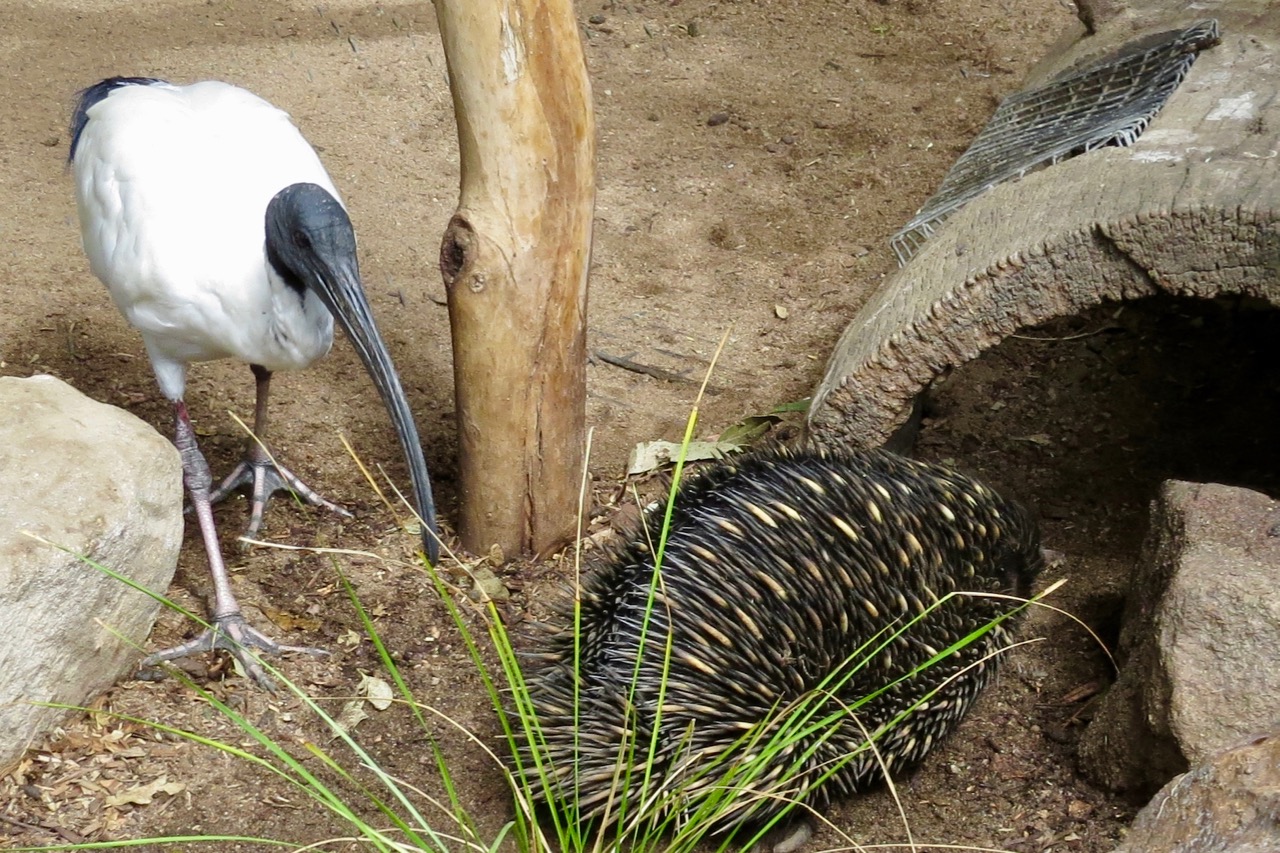 Finally, we have koalas (Phascolarctos cinereus) in various moods. 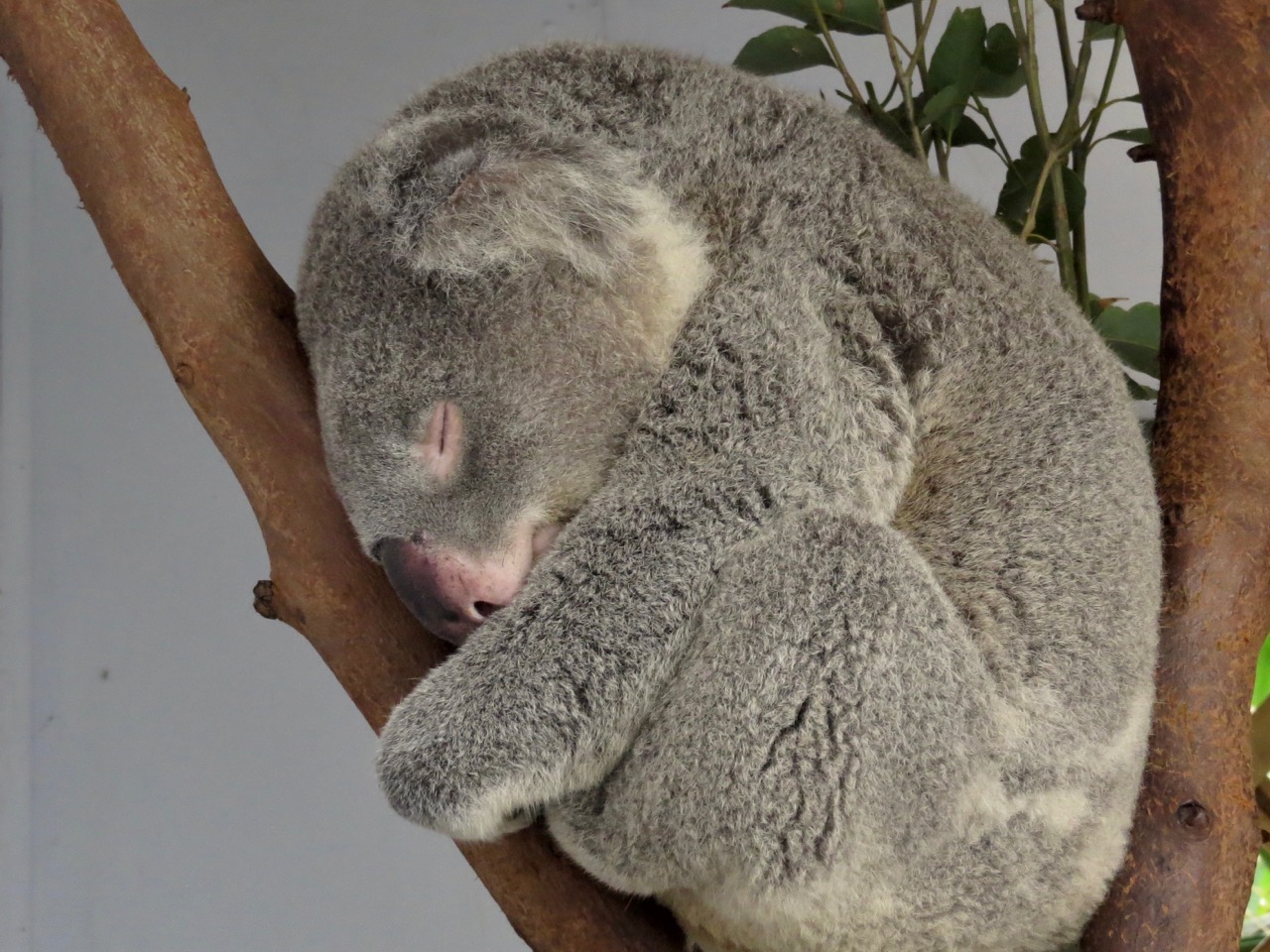 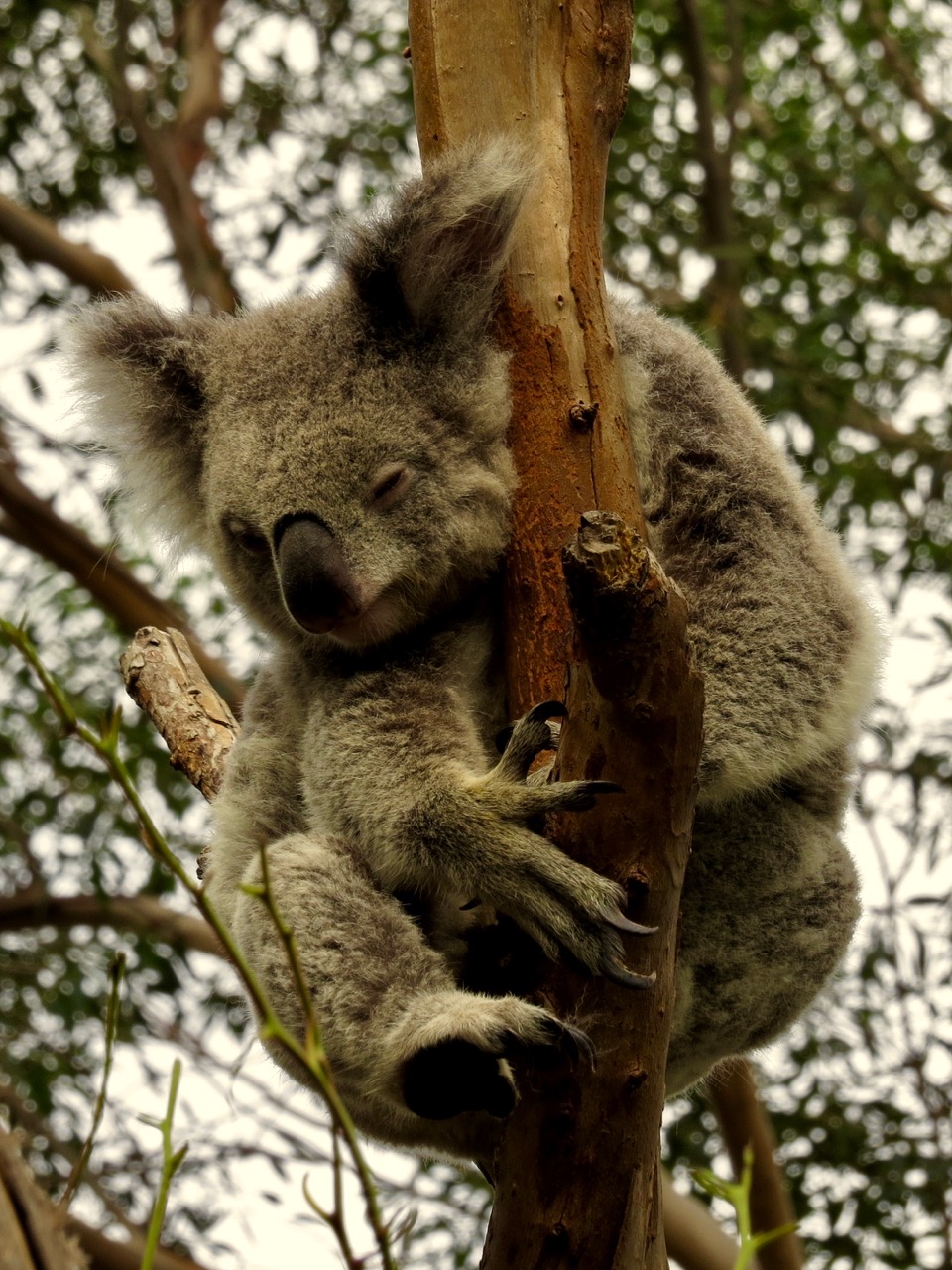 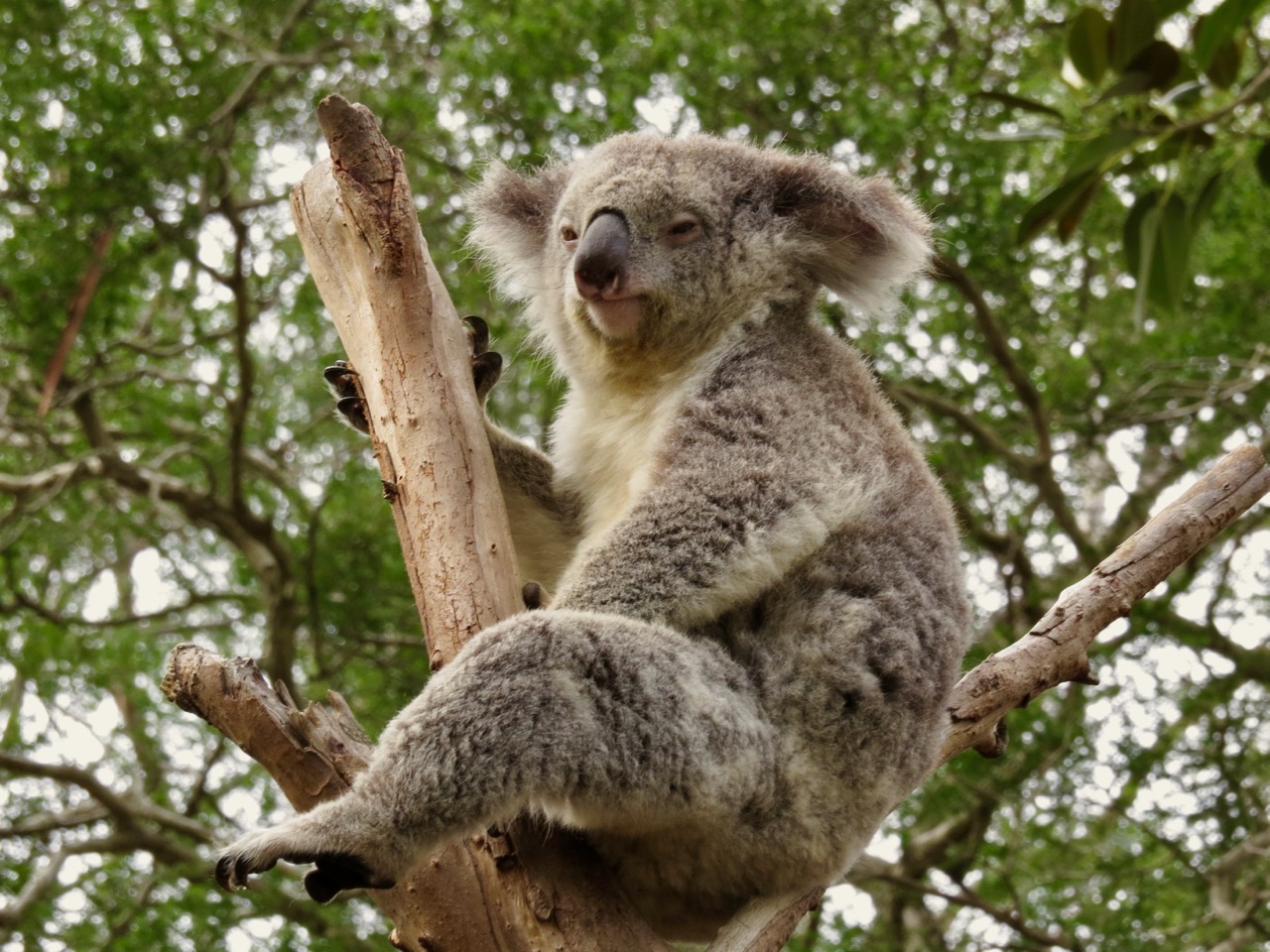 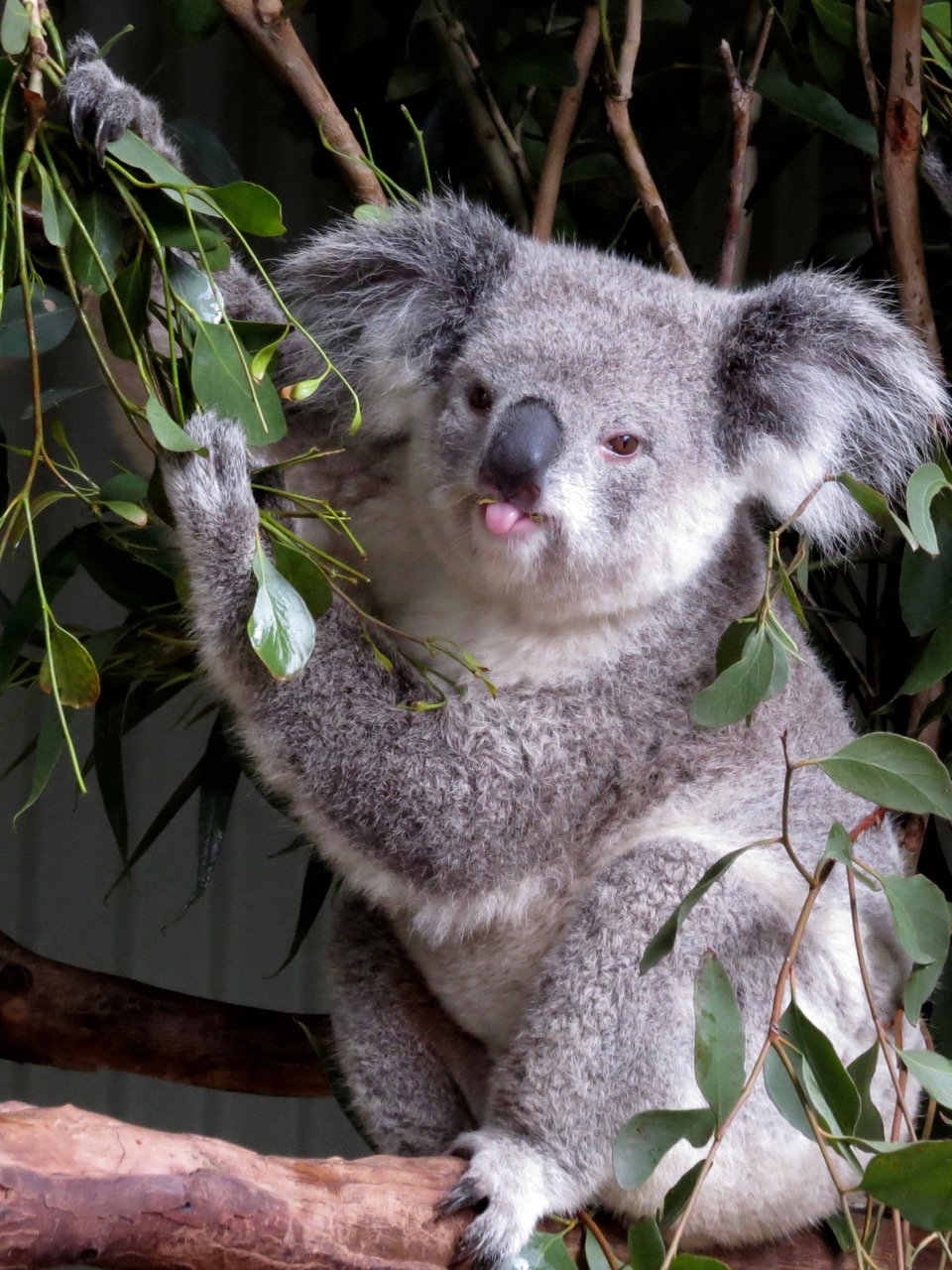