Today is the birthday of Ringo Starr, sliced bread and the Ziegfeld Follies.

It’s also the day in 1980 that Sharia law was instituted in Iran, in 1981 Sandra Day O’Connor became the first woman on the Supreme Court, in 2003 Mars rover Opportunity was launched on its mission. Opportunity is still going strong and you can follow its doings on Twitter (it’s currently under siege from a Mars dust storm.) On a more somber note, it’s also the anniversary of the 2005 London bombings and the 2016 attack on Dallas police.

Steve Ditko, one of the creators of Spider-Man, has died.

Thank you, Steve Ditko. Thank you for creating some of the greatest characters the world has ever seen. Thank you for all you've done to contribute to the comics industry. You will be missed more than you know. <3 https://t.co/UDPyRfxeWz

In honor of his birthday, here’s Ringo singing the lead on With a little help from my friends and Octopus’s Garden because he wrote that one.

Hili: Who is stung by nettles except people?
A: Probably anybody who wants to eat them. 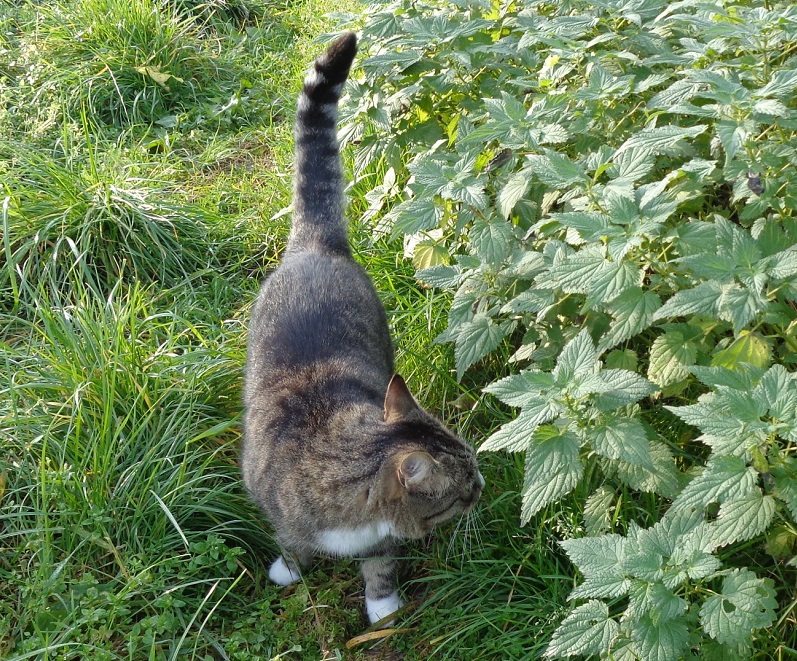 If I were a deer mouse, I am not sure I would count this as a win.

A mola or sunfish

Penguins are not particularly elegant.

The Ichneumon Wasp is one of the most alien-looking of insects out there, with a loooong ovipositor inserted into this rotting log to lay an egg inside of a wood boring grub.
Spotted this one a couple weeks ago in Yasuni, Ecuador. pic.twitter.com/tcOG4xZ9ji

I found god and she’s a turtle. pic.twitter.com/Qpdq16uMwv

Dutch TV interviews Polish academic and former anti-communist activist Jerzy Targalski – but it's his cat that steals the show pic.twitter.com/PJLI1coj8x

ok my cat is RIDICULOUS pic.twitter.com/BGc4ROY4rM

Apparently it’s not just kids that do this

I don’t know why I bother pic.twitter.com/xfNLU58r03

I love these videos of animals shocked at people disappearing from behind blankets https://t.co/fV3XMC4cDd pic.twitter.com/CTLhVf8oEg

And some instructional videos (sound up)

My mate has two tickets for the England vs Sweden game on Saturday. He didn't realise that it's going to be on the same day as his wedding, so he can't go. If you're interested and want to go instead of him, it's at St. Andrew's Church in Cambridge and her name is Sarah