Reader Joe Dickinson recently returned from a trip to Australia and New Zealand, and has sent photos, but before he left he went whale watching in Monterey Bay, California. These photos are from that trip, and Joe’s words are indented.

We departed from Moss Landing, home to the world’s largest population of southern sea otters (Enhydra lutris nereis), so it’s not surprising that an otter checked us out while we were waiting to board the boat. 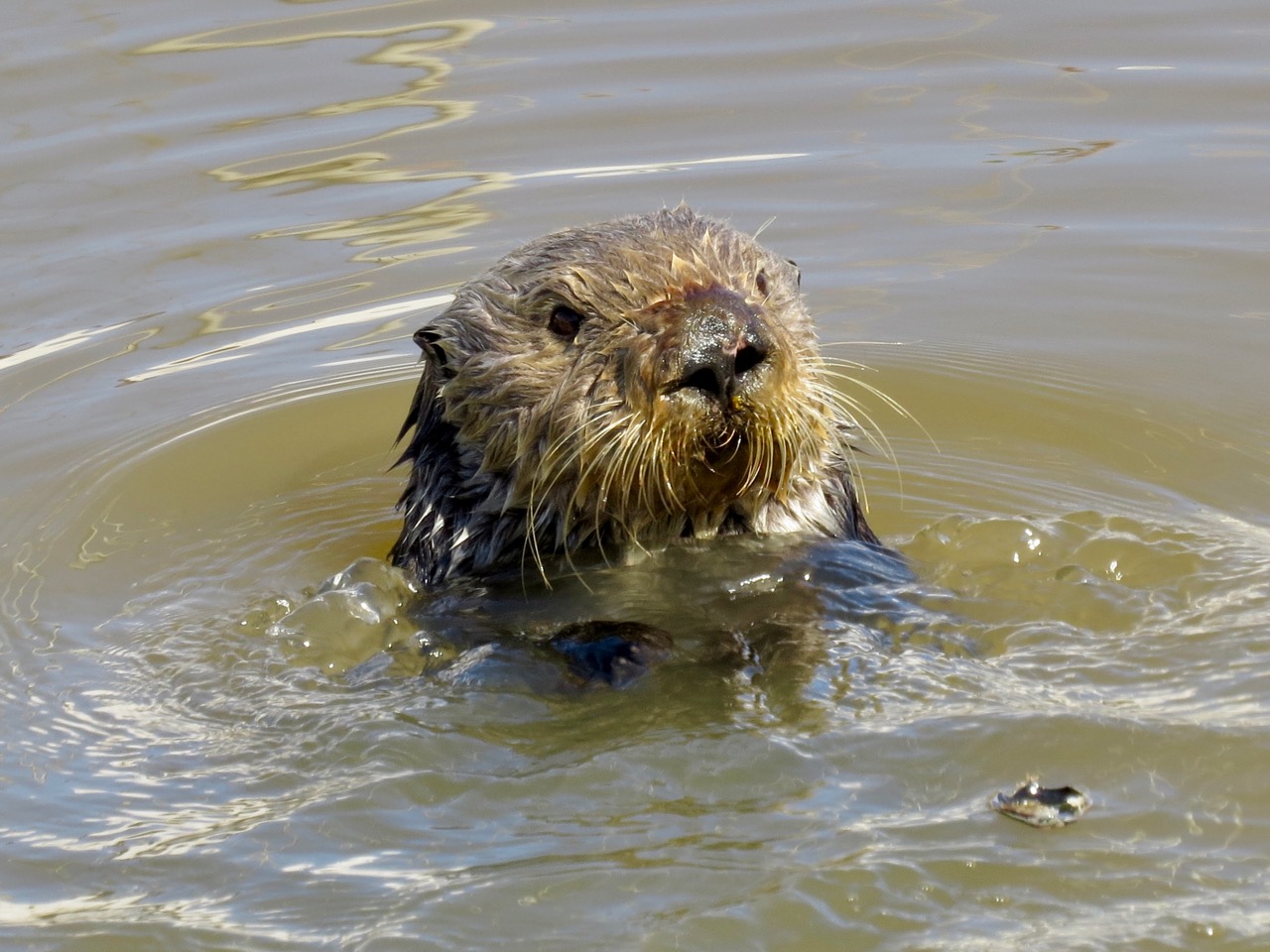 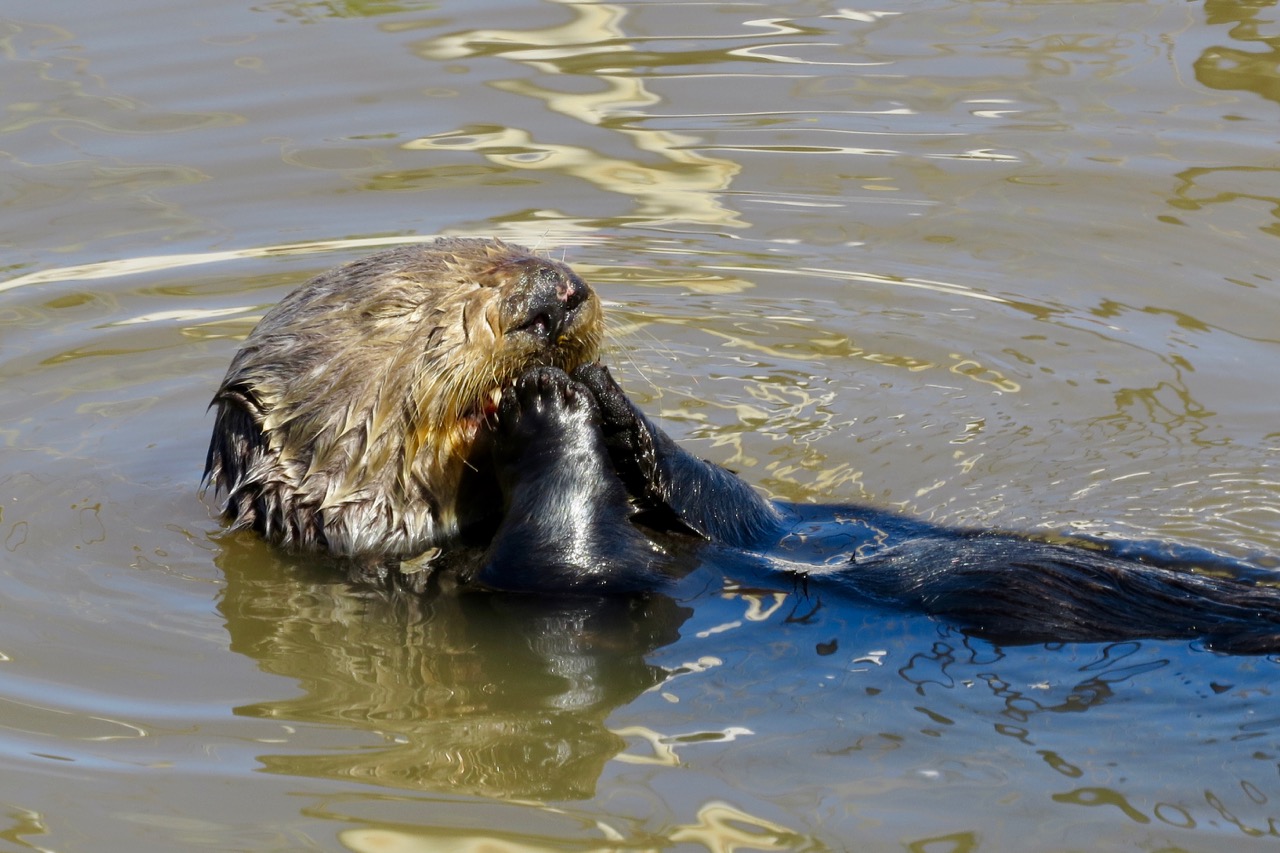 We had a fairly routine sighting of two or three humpbacks (Megaptera novaeangliae).  The second shot looks along the back from the rear, the “hump” in the foreground and blowhole(s), (paired, just like our homologous nostrils) beyond. 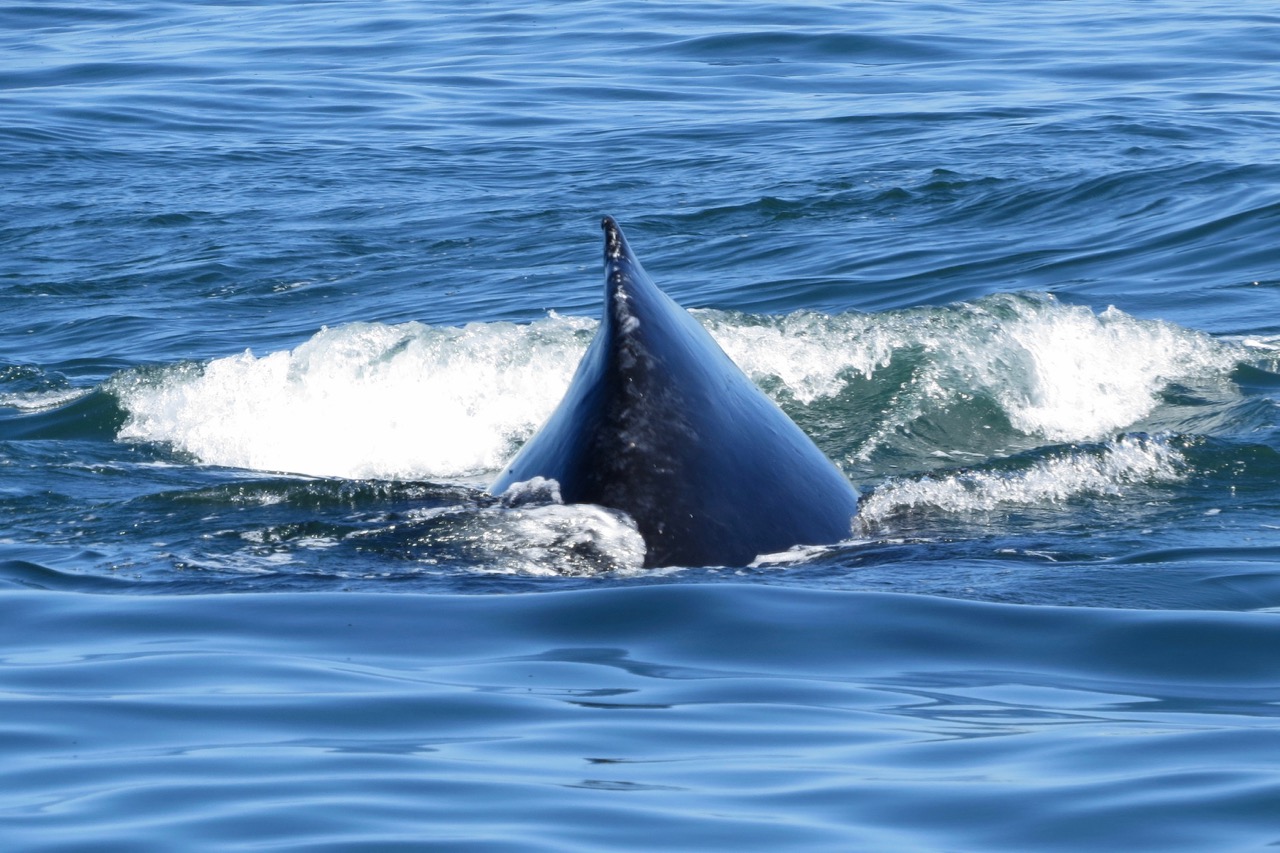 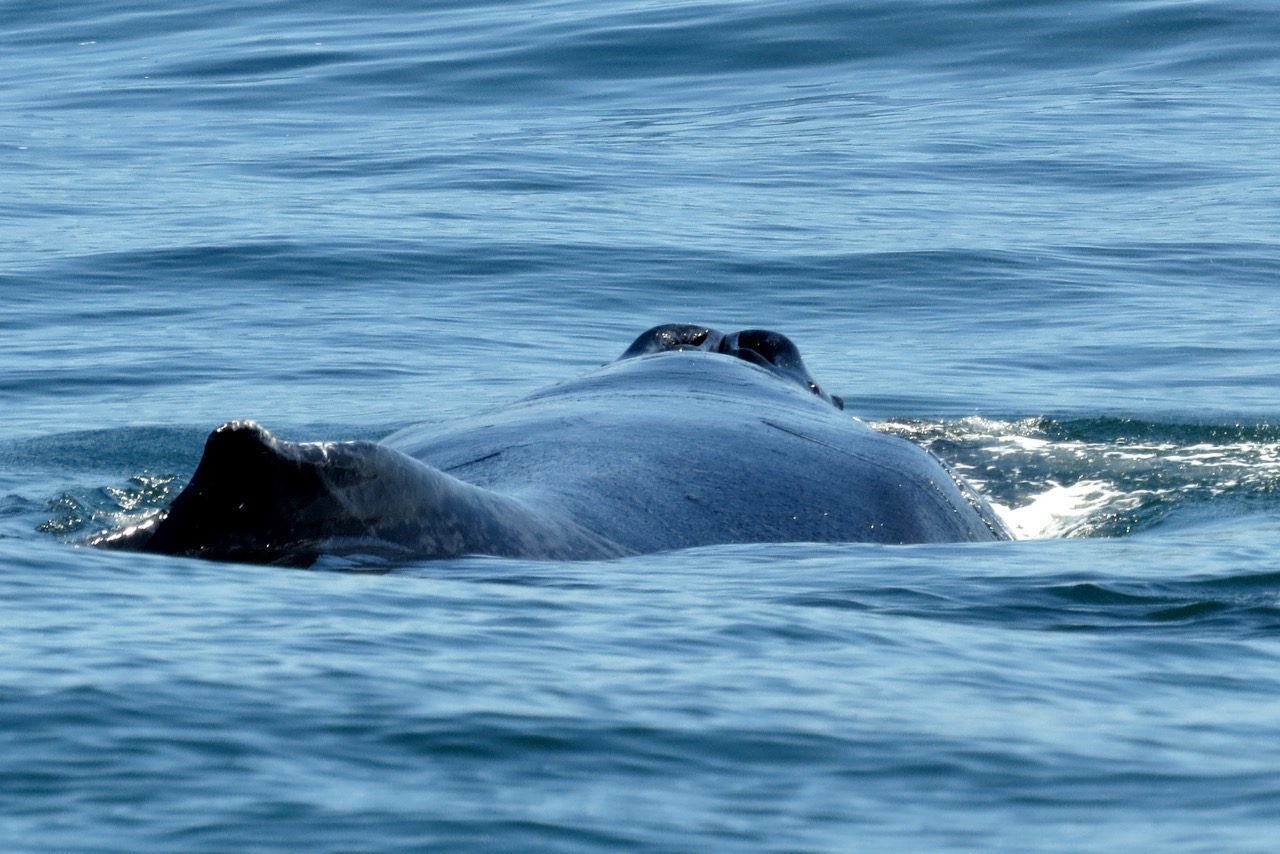 The real highlight was a pod of six orcas (Orcinus orca) feeding on a recent kill, probably a young elephant seal: 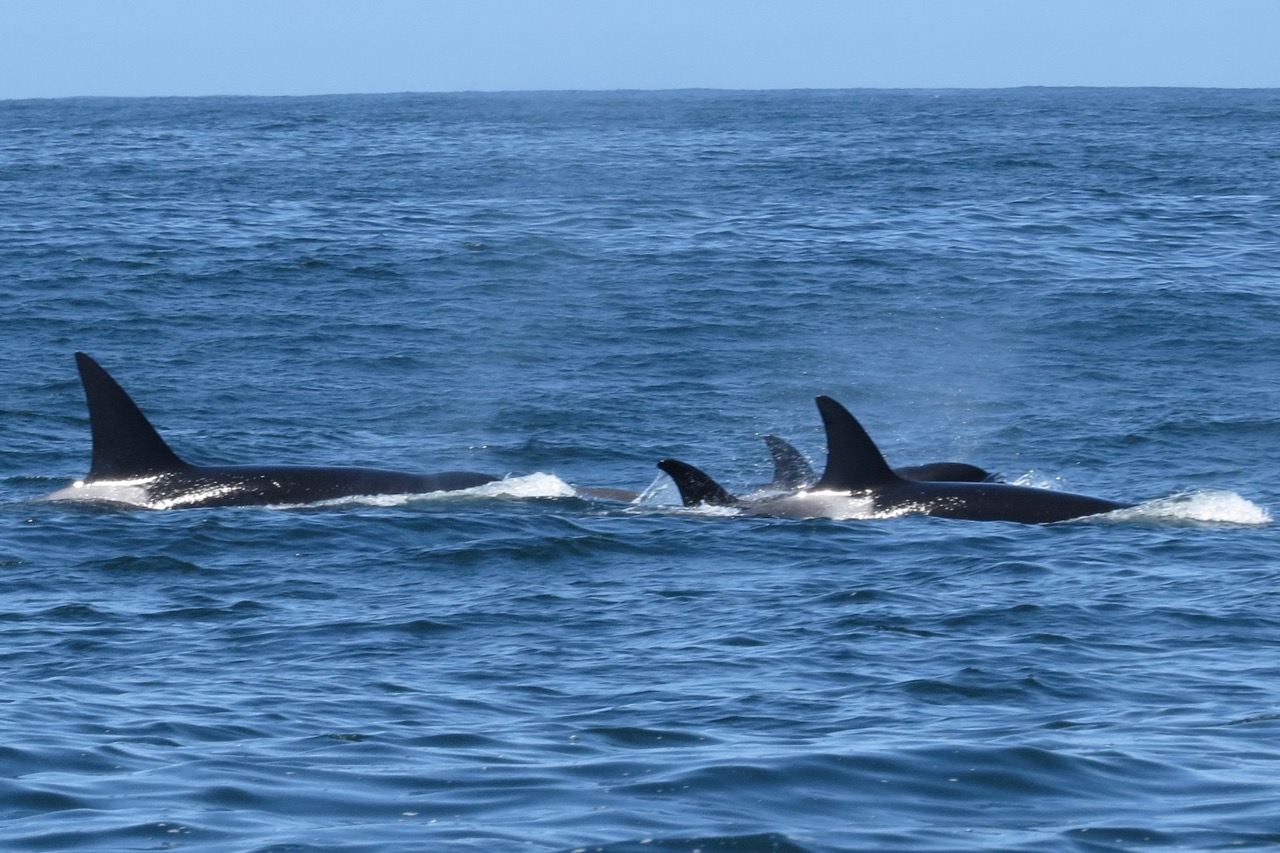 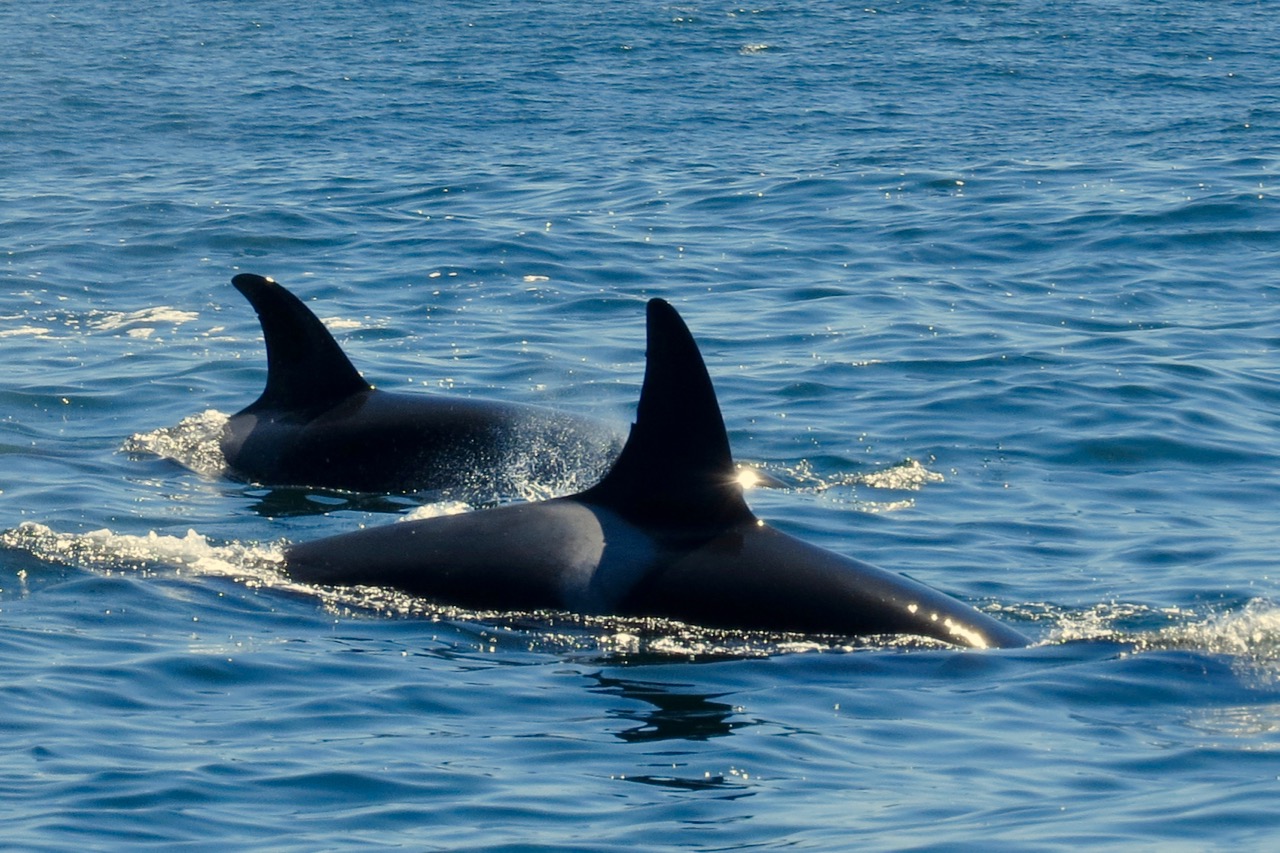 Based on the very tall dorsal fin and the little crook at the top, the next two are probably the same male. 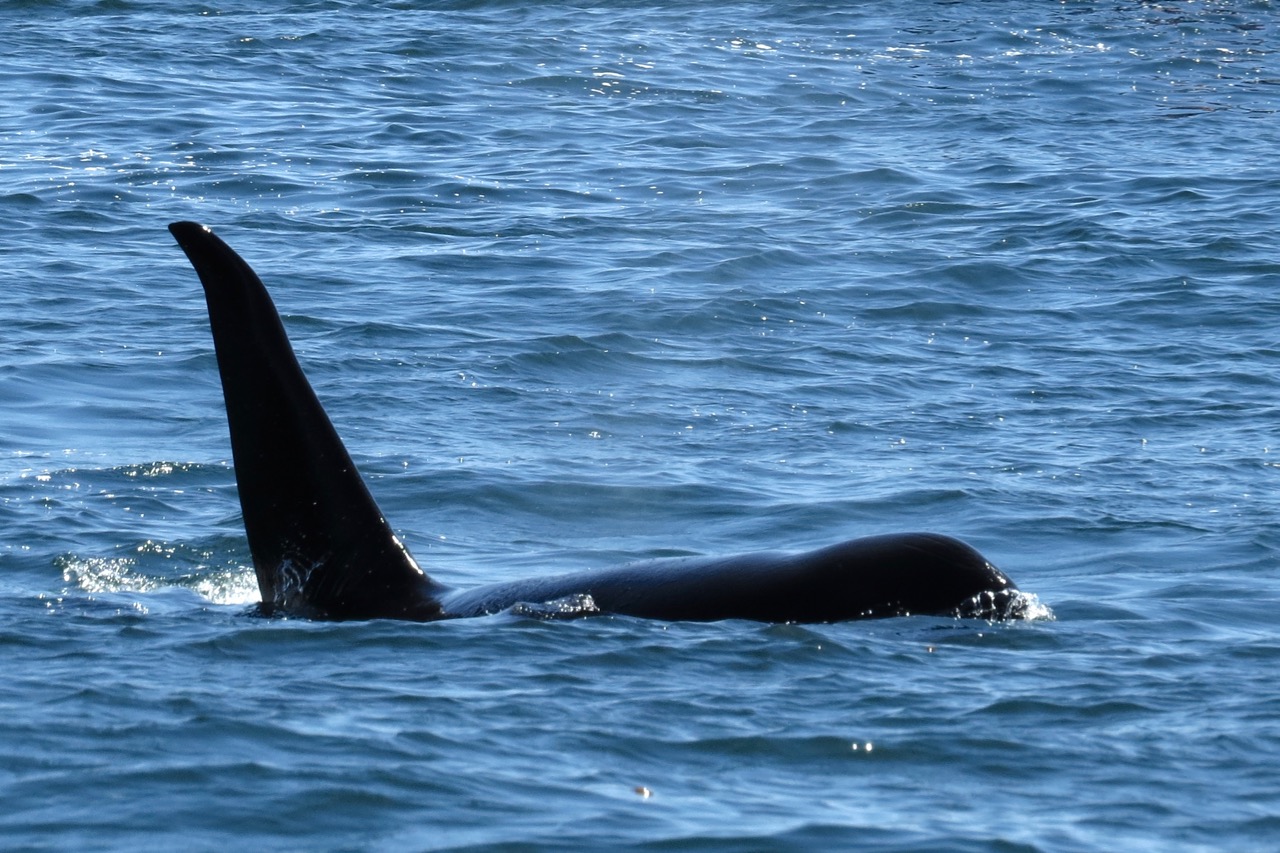 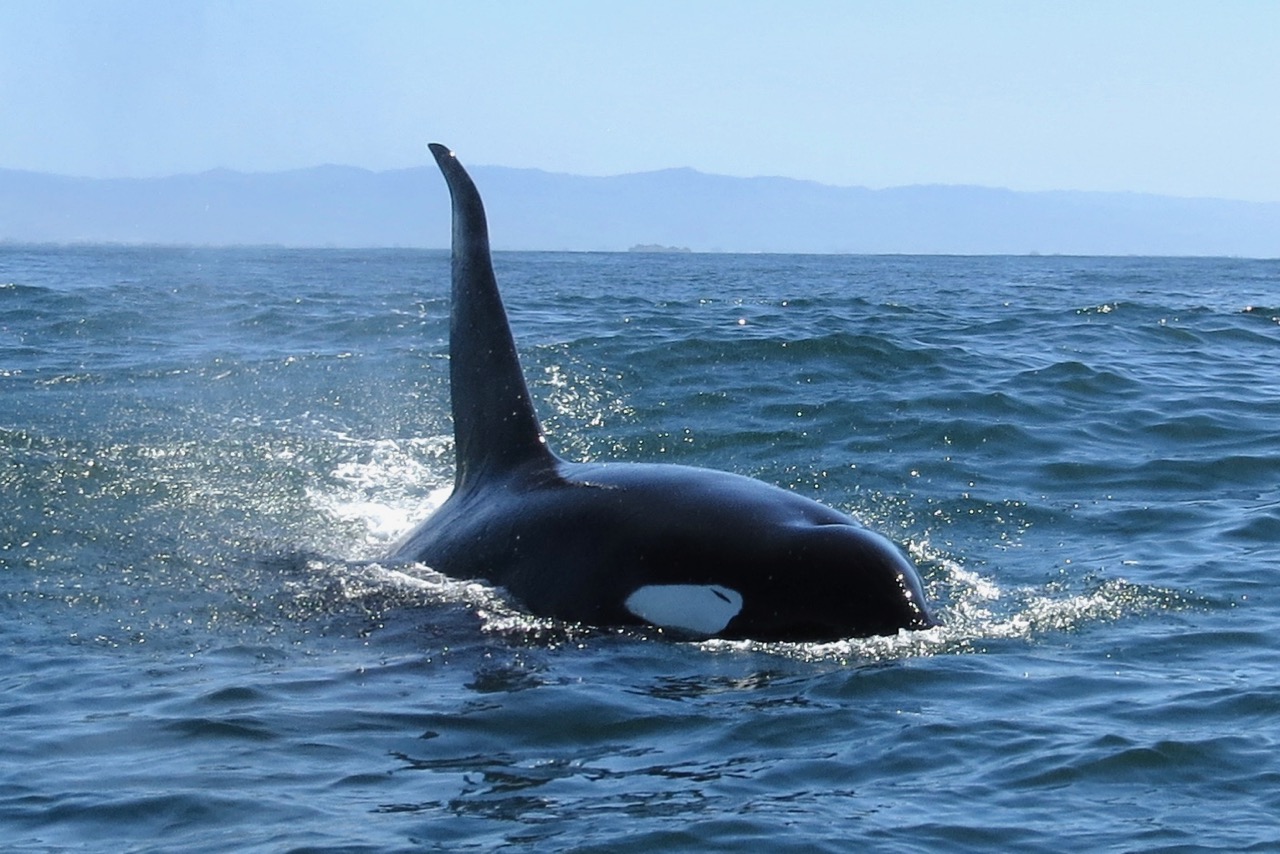 I can’t look at this next one without thinking of a large aircraft making an emergency water landing. 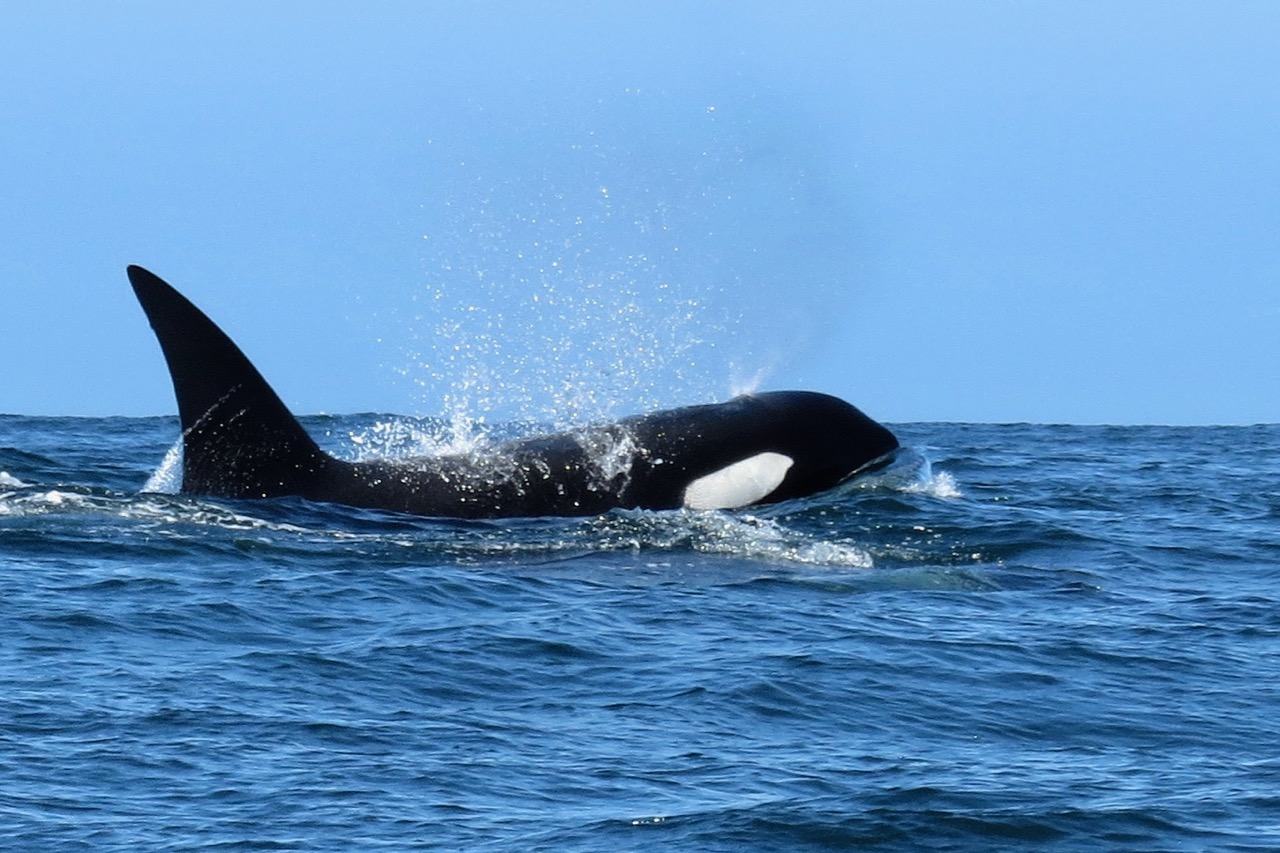