It’s Saturday, June 23, 2018, and it’s GRANIA’S BIRTHDAY! On her natal day, let me thank her for covering for me when I’m traveling, and contributing mightily to this website as Our Correspondent in Ireland. Happy birthday!

Sadly, it’s also Nation Pecan Sandy Day, a cookie so dry it will suck the saliva right out of your mouth.

On this day in 1868, Christopher Latham Sholes received a patent for an invention called the “Type-Writer,” and in 1926 the first SAT exam was administered by the College Board. The test may be on its way out: some schools, including the University of Chicago, no longer require it for entry.  On June 23, 1972, Title IX of the Civil Rights Act of 1964 was altered to prohibit sex discrimination by any educational institution that receives federal funds. That was a good change, but its further interpretations under Obama’s “Dear Colleague” letter has created a huge muddle when it comes to sexual harassment and assault cases. On this day in 1993, Lorena Bobbitt of Price William County, Virginia, cut off the penis of her husband John. If you were alive then, and a male, you probably involuntarily reached for your nether parts when you heard that news. On June 23, 2013, Nik Wallenda became the first man to successfully cross the Grand Canyon on a tightrope. Here’s his 1500-foot walk, actually not over the Grand Canyon proper but a subsidiary Canyon (no tightrope-walking allowed in the National Park). Notice he had no safety harness; it was a sure fall to the death if he slipped.

This is about the scariest feat I can imagine:

Finally, it was exactly two years today that the UK voted to leave the European Union. Brexit Day! Surely an unwise move, and we’ll see what ensues.

Meanwhile in Dobrzyn, Hili, as usual, wants to be the center of attention, but Cyrus obscures her:

Hili: Am I visible enough?
A: Not really.
Hili: Well, sometimes the best of friends may spoil everything. 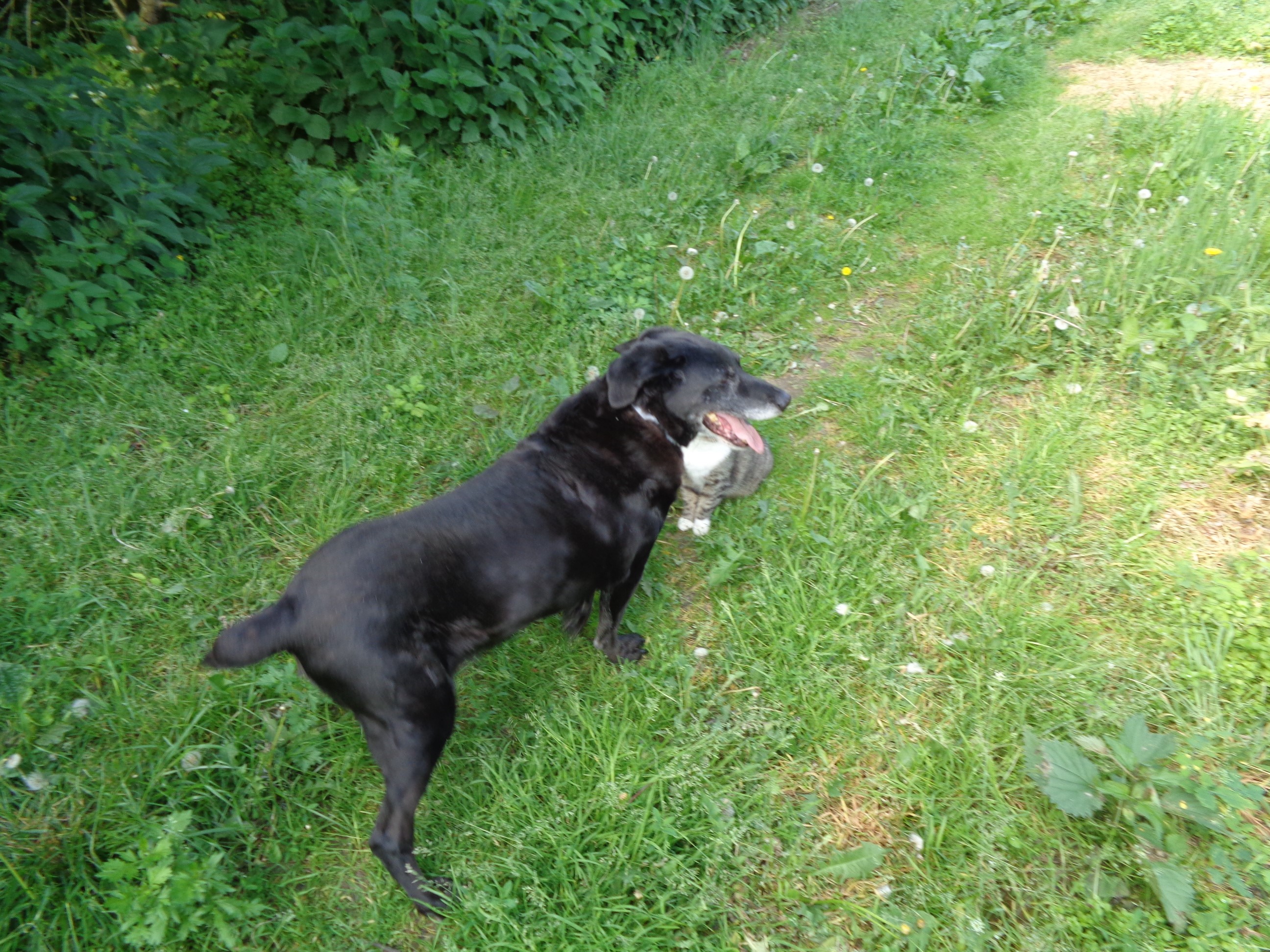 Some tweets from Matthew, first some Arty Fish. I like the “Munch”:

I wonder if the female partner choices of the peacock spider, Maratus volans, have ‘painted’ this spiderlike image on the abdomen of the males. Note the eight blue ‘legs’ and the ‘eyes’. (Photos: Jurgen Otto) pic.twitter.com/53QRDfmzgI

We’ve seen this before, but you can’t see it too often. Kitty brings home a toy.

From Grania: a nice photo of Maajid and Ayaan celebrating Maajid’s victory over the odious Southern Poverty Law Center, which defamed both of them:

Here’s @Ayaan and I, celebrating tonight in London 🙏🏽 pic.twitter.com/IUPTZeoY5f

I still maintain that the Pope, though he seems like a nice guy and all, is still being the Vatican’s Useful Idiot: perpetuating the harms of Catholicism but with a genial and smiling mien:

(I made the mistake of saying so to Terry Prone on an RTE panel show once and I’m not sure I’ve ever recovered from the glare she gave me).

This has saved some part of a day I had rued. pic.twitter.com/zCGK1gQ9ck

A nice simile, but that must make the wearer dizzy!

What it’s like being the only one in the room high pic.twitter.com/wEVJIMldcb

From reader Blue, a very sad clip of a cat viewing its owner on the phone after the owner had died: (actually, the translation “hostess” is better than “owner”).