Anna and I just fed the brood, which were resting, huddled in a cold, sodden mass on the bank, sadly unable to rest on their inundated duck island. Anna told me that when they saw me approaching, without my making a sound, they perked up. She suspected that they know me from my appearance!  Anyway, here’s the poor wet group on the bank. Yes, there are still eight. 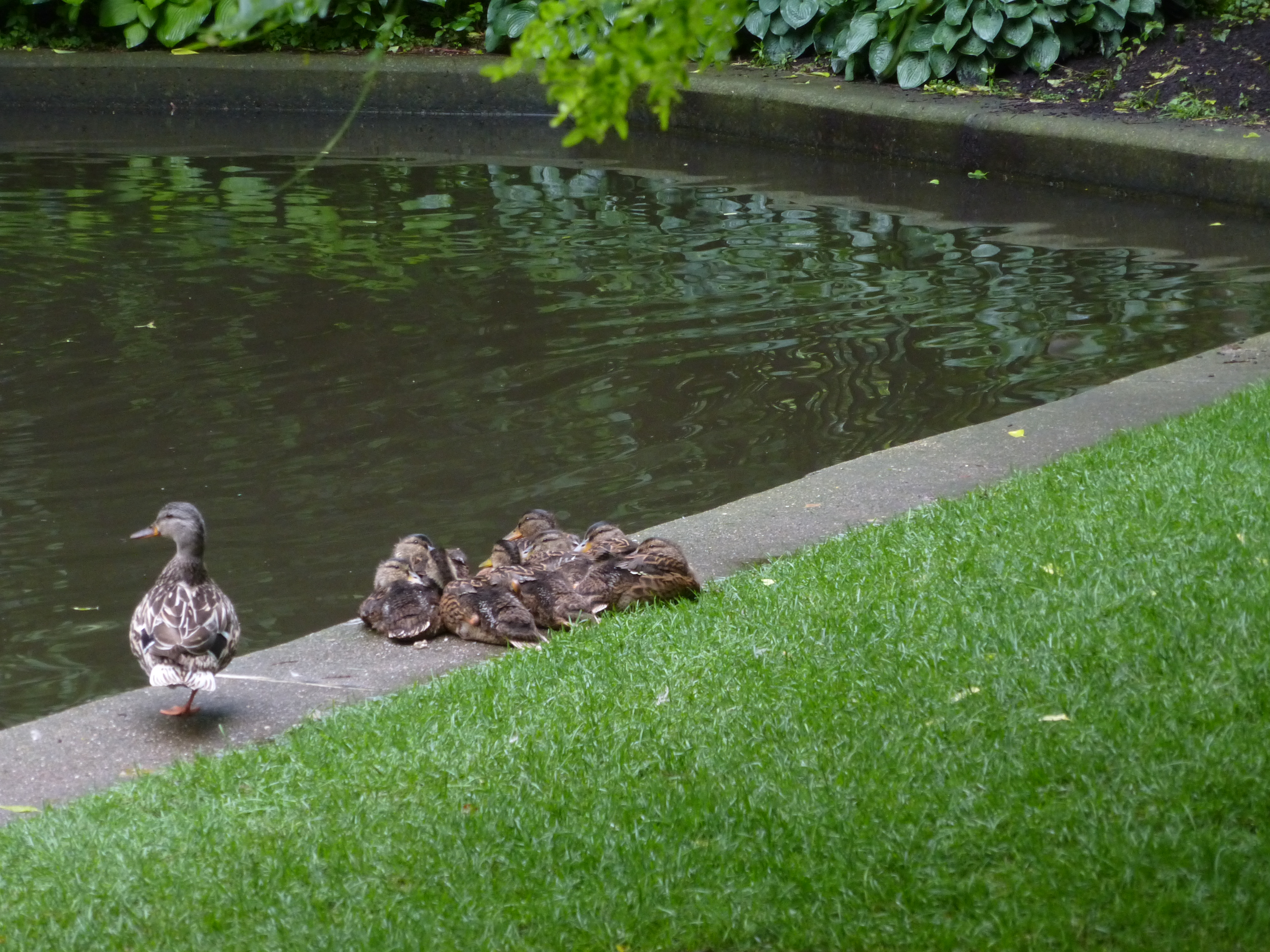 Eight—count them—eight ducklings. Mom is always between them and danger. 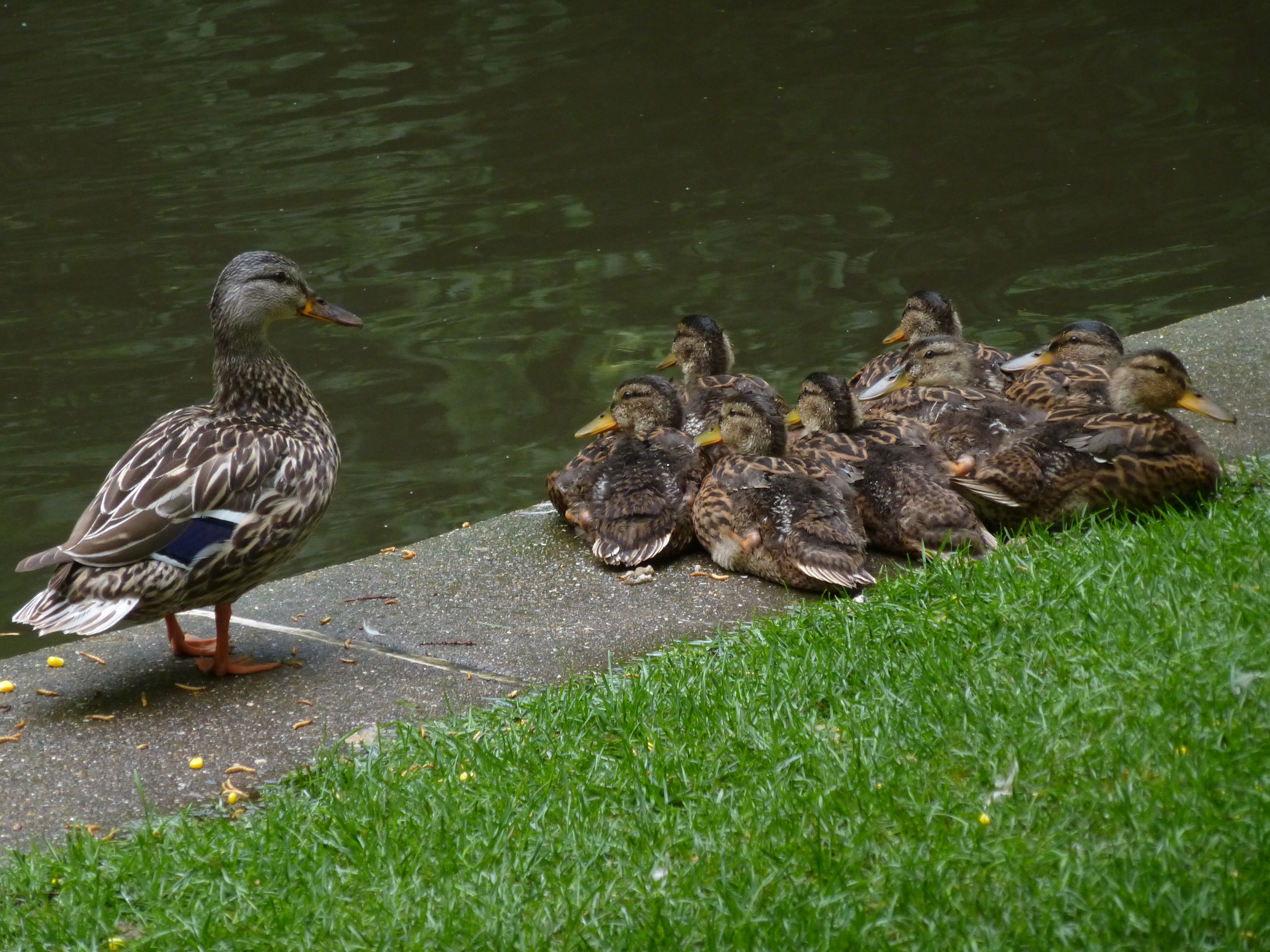 Foraging in the lily pads, with mom watching closely. They seem to actually be finding food there: 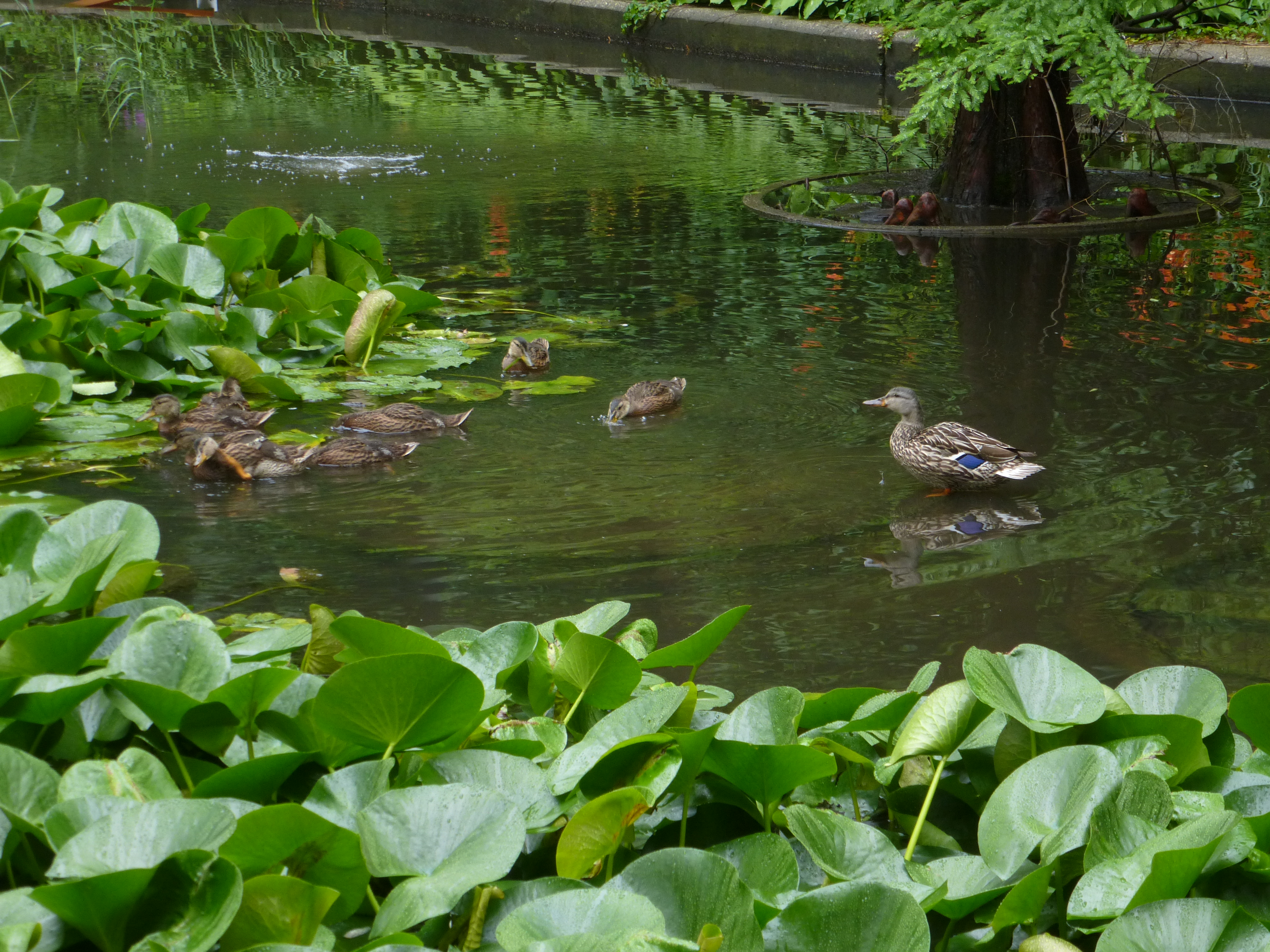 I don’t know what this duckling found, but he tried to nom it, and another came by and tried to steal it. Any ideas? But look how big they’ve grown! The yellow down on their head has disappeared. 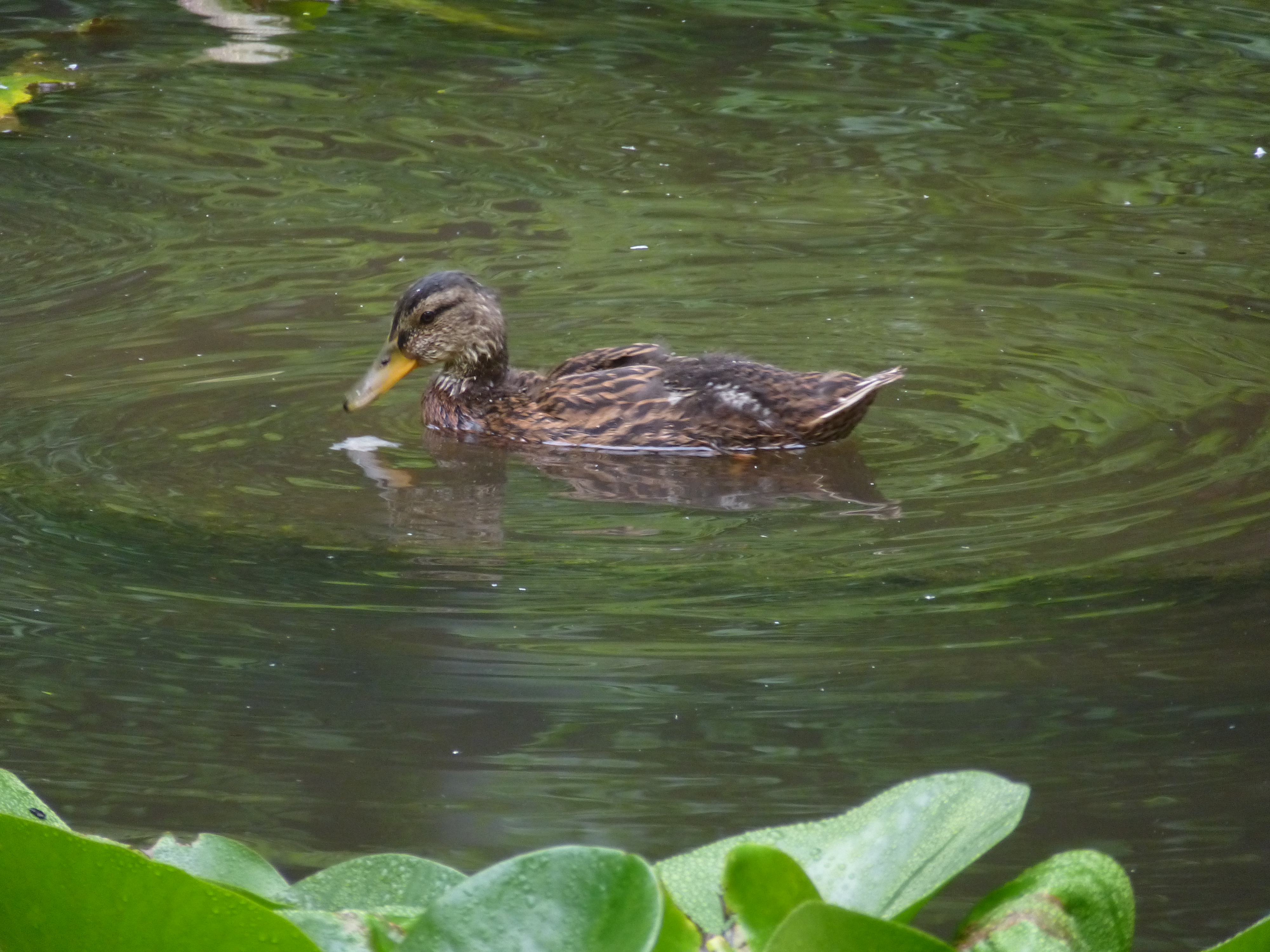 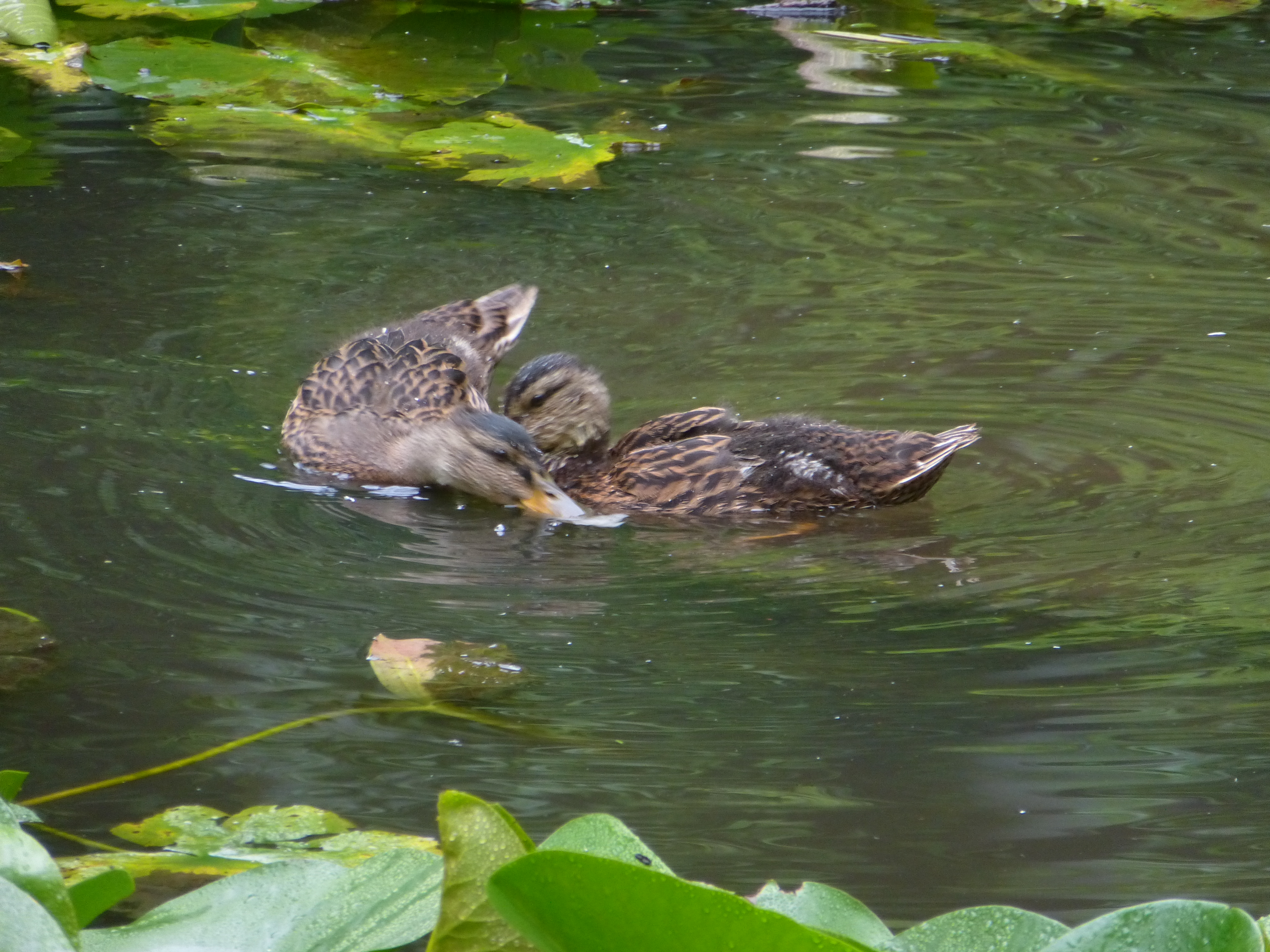 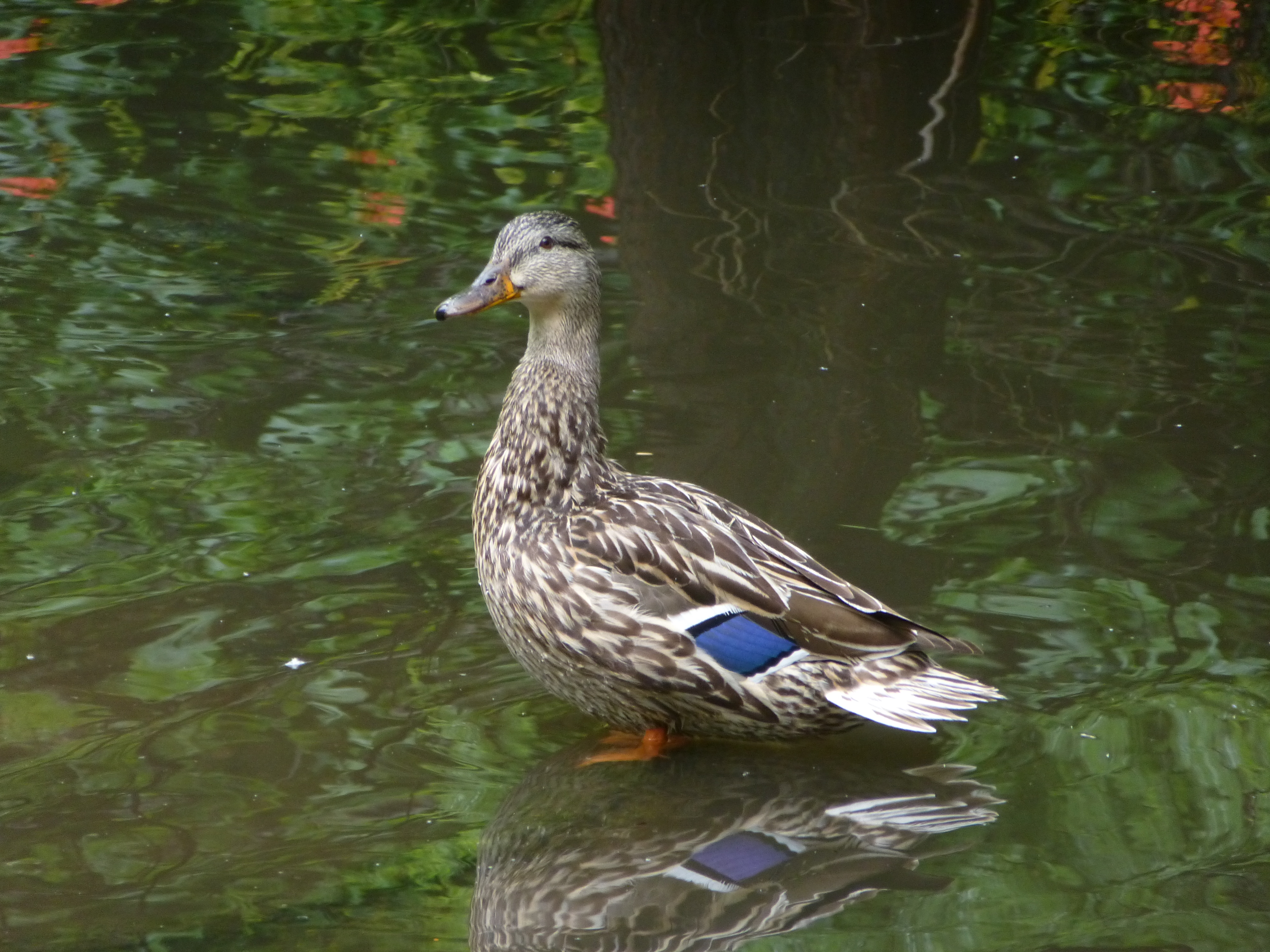 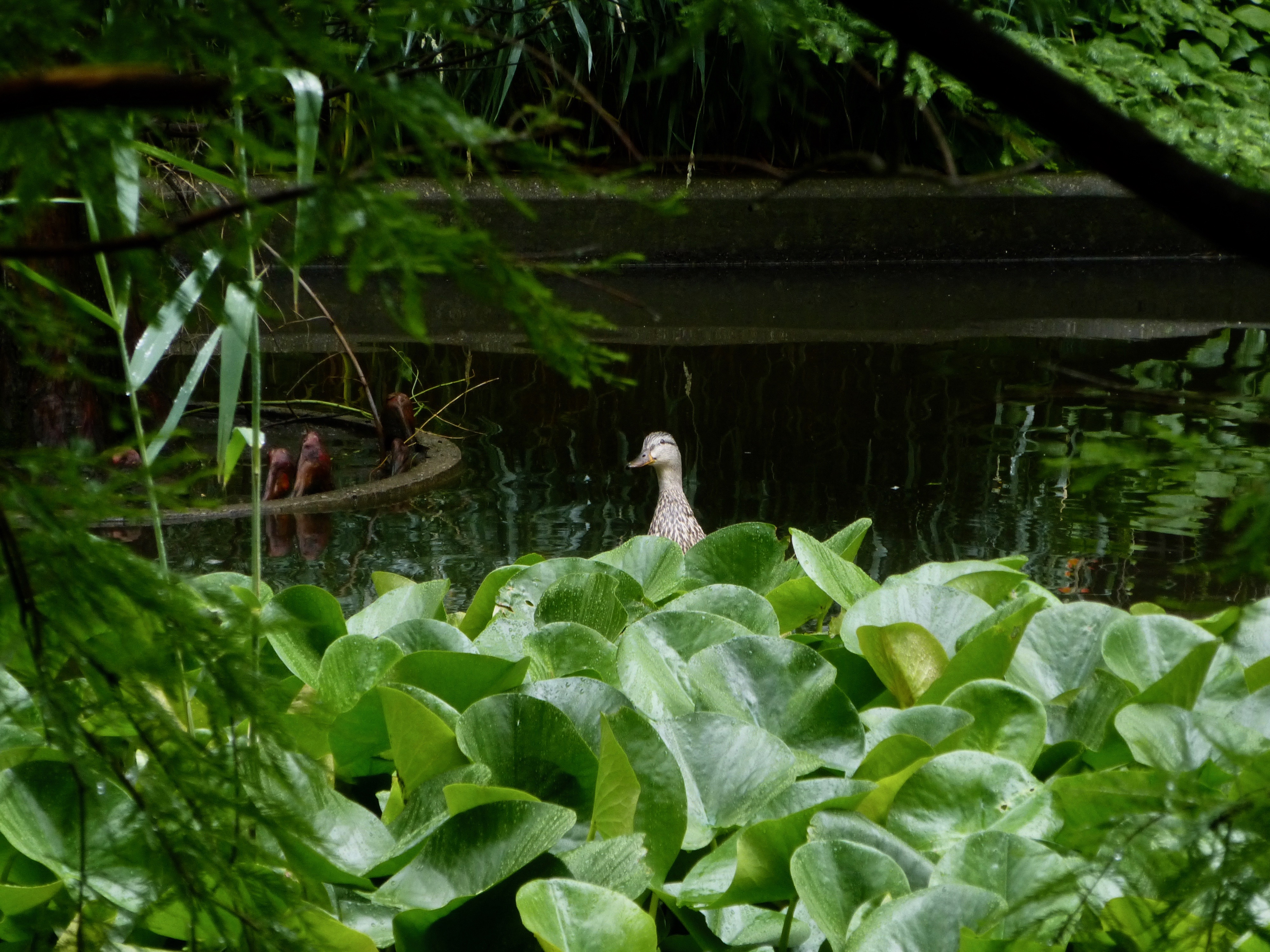