It’s Sunday, June 17, 2018, National Apple Strudel Day. It’s also World Day to Combat Desertification and Drought. And of course it’s Father’s Day. Word has it that my own and only kids, the ducklings of Botany Pond, will be presenting me with algae as a thank-you.

Google has a special Father’s Day Doodle (below); but what is it? The Sun and other venues, largely in India, explain:

Google is marking Father’s Day 2018 with a commemorative Doodle.

The heartwarming design features six painted hand-prints with the colours matching those of the lettering on the search giant’s normal logo.

With the simple additions of a slender neck and a pair of eyes the prints become a multicoloured herd of diplodocus dinosaurs.

The quirky design is available across the many countries celebrating dads today, including the US, India and Canada.

On June 17, 1579, Sir Francis Drake (named after my mallard), claimed “Nova Albion” (California) for England. It’s a good thing it became part of the U.S., as otherwise you couldn’t get a decent sandwich in the state. On this day in 1631, Mumtaz Mahal, Empress Consort of the Mughal Empire, died in childbirth. Her husband, the Emperor Shah Jahan, then spent the next 17 years constructing the most beautiful tribute to love in history: her mausoleum, also called the Taj Mahal.

On June 17, 1885, the Statue of Liberty arrived in New York Harbor from France—in parts. Its erection began over a year later.  On this day in 1901, the first standardized college test, the forerunner of the SAT, was introduced by the College Board. On June 17, 1939, there was the last public guillotining in France: the murderer Eugen Weidmann was beheaded in Versailles. There was such a public hubub (and malfunctioning equipment) that the French from then on lopped off heads in secret, stopping the practice only in 1977.  On this day in 1944, Iceland (who tied Argentina 1-1 at the World Cup yesterday), declared independence from Denmark. On this day in 1963, as Wikipedia notes, “The United States Supreme Court rules 8–1 in Abington School District v. Schempp against requiring the reciting of Bible verses and the Lord’s Prayer in public schools.” Would the court rule the same today? On June 17, 1972, five men, operatives of the White House, were arrested for their botched attempt to enter the offices of the Democratic National Committee and wiretap the phones. This, of course, ultimately led to the Watergate scandal and Nixon’s resignation.

A sad day for biology: on June 17, 1987, the last individual of the subspecies the dusky seaside sparrow (Ammodramus maritimus nigrescens) died in captivity under a failed breeding program. Here’s what they looked like: 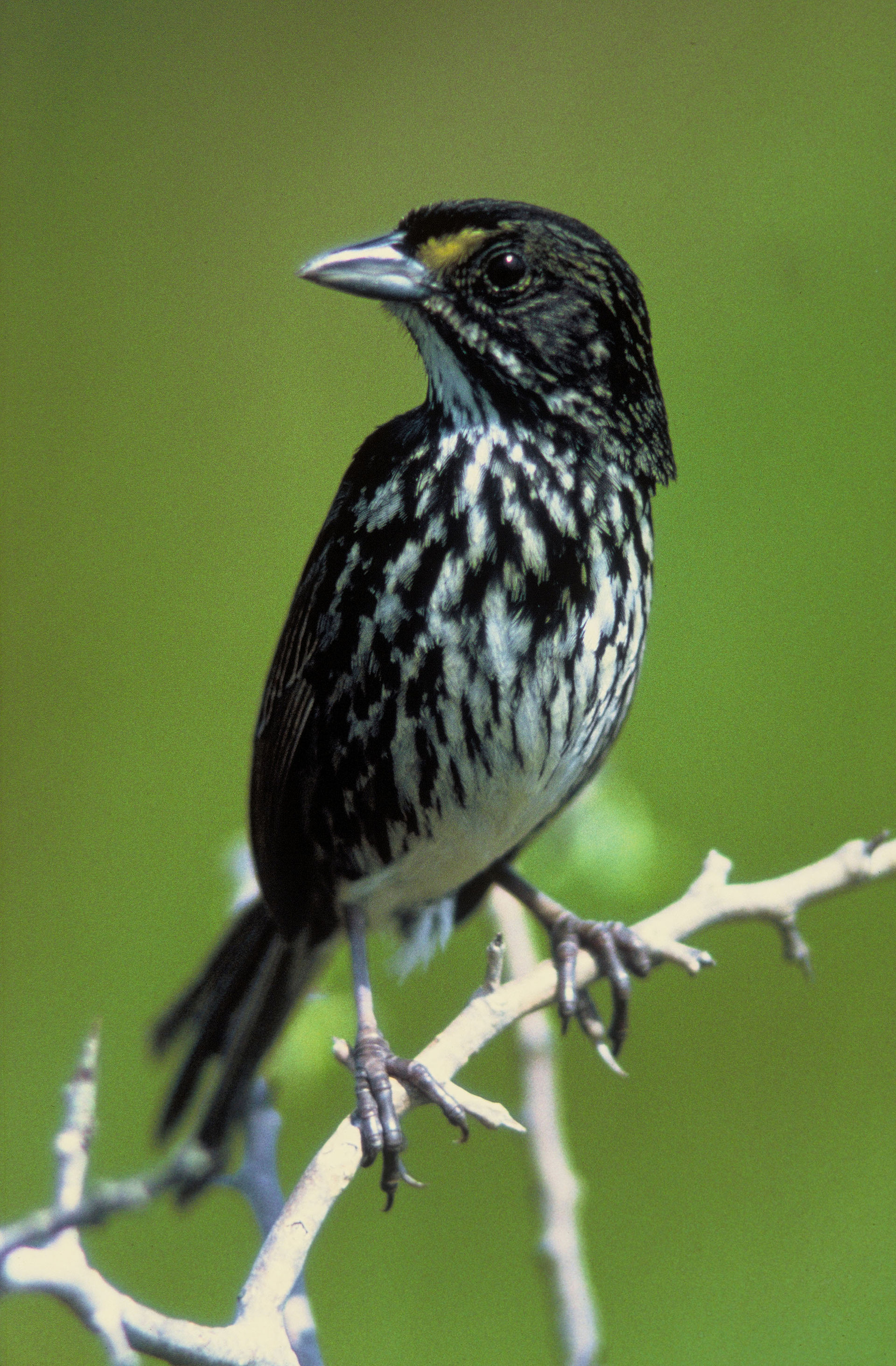 Meanwhile in Dobrzyn, the Hili dialogue puzzled me, but Malgorzata explained that it’s simple:

“Hili is so simple that you must’ve been looking for something hidden there. There is nothing hidden. We have drought here. We can see that it is raining on the other side of the river and we hope it will come to us (the cherries need water!), but it never does. Hili knows that we are worried by the lack of rain and she tries to comfort Andrzej by showing him that it’s raining on the other side.”

Hili: It’s raining on the other side of the river.
A: Maybe it will come to us as well. 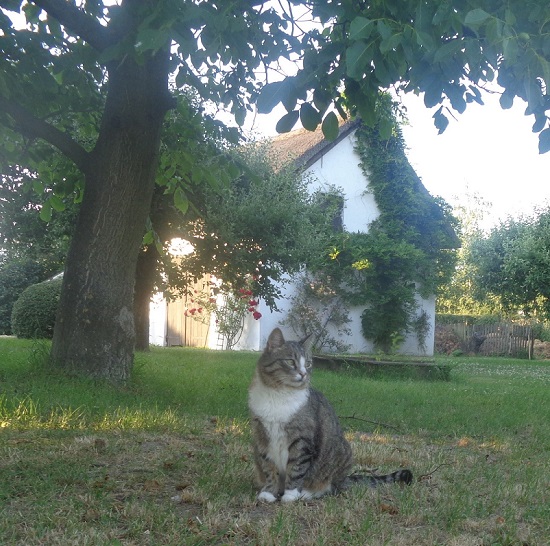 Some tweets from Heather Hastie:

Wouldn’t you like to sing a lullaby to a sleepy baby elephant? This one’s an orphan, too.

From Matthew, who’s going on a trip. Zermatt!

Packing for MAN > GVA > Lausanne > Zermatt > GVA > LGW > UCL > MAN, which will be my world for the next 5 days, leaving very early tomorrow.

And the effect of thousands of footsteps:

Video of an echidna (a monotreme) in the wild:

Just logged my sighting of this spiky fellow with #EchidnaCSI 🦔 I spotted this #echidna foraging on the red sand dunes at @AridRecovery while I was out radio-tracking our #quolls! Ping @tahliajperry #WildOz #mammalwatching #cute pic.twitter.com/husqtMbJQR

Always check the voltage before using your Zelda. pic.twitter.com/UE66LDyqHU

A response to Jeff Sessions’s hamhanded remark about our immigration policy reflecting the dictates of the Bible:

Dear people citing The Bible:
It’s a cool book with some wonderful passages but it also has ghost sex & giants & super babies & demons. It’s why we don’t make laws based on Game of Thrones, My Little Pony or Legend of Zelda.

Religion is manifested not in charity but in spreading contention among people and in fostering the bitterest hatred. (TP)

Be sure to watch the video on this one. I suppose the explanation is credible, but how do we know?

One of the coolest species I worked with. The Eurasian Wryneck, aka, the “snake bird”… the neck twisting (snake mimicking) trick is a good way to scare the predators away. pic.twitter.com/3rFNAzJdzE