It’s already Thursday, June 14, 2018, and National Strawberry Shortcake Day. I like it New England style: served on a biscuit with whipped cream, and not too sweet. Here in the U.S. it’s Flag Day, celebrating the day when our Flag (Make American Great Again!) was adopted in 1777. (It’s also The Donald’s damn birthday.) The World Cup begins today in Russia, and I hope the grad students manage to set up the conference room so we can watch some games on the big screen. Google has a Doodle celebrating the event

Forbes notes that there’s also a secret minigame in which you can defend against goal kicks:

This isn’t the first soccer Doodle Google has put out. The search giant released a Soccer Google Doodle mini-game that let you play as the goalie against an AI kicker.

While this is (sadly) not a diverting mini-game, it’s still a good-looking Doodle. It’s also just the beginning. Google will release a new Google Doodle every single day of the tournament from June 14th to July 15th when the World Cup ends.

A total of 32 teams from around the globe will compete over the next month, with the first game, between Russia and Saudi Arabia, kicking off Thursday morning.

32 different artists from each of the competing nations will contribute Google Doodles over the course of the next few weeks, with all 32 artists collaborating on this first entry.

Clicking on the Doodle will take you to a schedule of upcoming games. Scroll down and you’ll find current news stories and other relevant information.

I am having trouble braining again today, and have no idea what to write, or whether to write. We will see if the Muse strikes, as she struck yesterday.

On this day in 1775, the U.S. Army was born as the Continental Army, as established by the Continental Congress. And on June 14 two years later, the Stars and Stripes was adopted by Congress as the U.S. flag.  On this day in 1789, as reported by Wikipedia, “HMS Bounty mutiny survivors including Captain William Bligh and 18 others reach Timor after a nearly 7,400 km (4,600 mi) journey in an open boat.”  On June 14, 1822, Charles Babbage proposed his “difference engine” (a computer) in a paper to the Royal Astronomical Society; it was to be used to compute mathematical and astronomical tables. On this day in 1907, Norwegian women got the right to vote.  On June 14, 1919, John Alcock and Arthur Whitten Brown left from St. John’s, Newfoundland on the first nonstop transatlantic flight. Using a biplane, they arrived in Galway, Ireland, the next day. It’s not often known that Charles Lindberg was feted not for making the first nonstop transatlantic flight, but the first nonstop SOLO transatlantic flight (1927). On June 14, 1937, the U.S. Congress passed the Marihuana Tax Act. This prescribed a tax (and special revenue stamps) for growing, selling, and prescribing “marihuana”.  But of course it was illegal, so buying the stamps incriminated you. Here’s what they looked like: 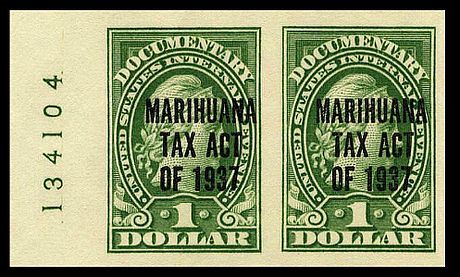 A dark day for the First Amendment: on this day in 1954, President Eisenhower signed a bill establishing that the words “under god” would be inserted into the U.S. Pledge of Allegiance. Finally, on June 14, 1966, the Vatican finally deep-sixed its list of prohibited books (started in 1557): the Index Librorum Prohibitorum. 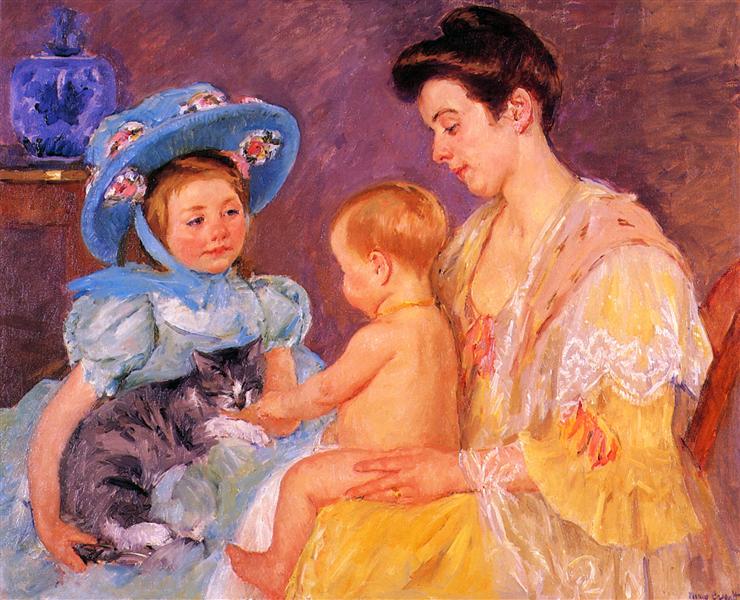 Meanwhile in Dobrzyn, Hili is trying to insert herself into the Oppression Hierarchy. Malgorzata explains:

“Hili doesn’t know why she feel excluded. But it’s nice to be a victim and she wants to be one as well so she is working hard to find a reason for feeling excluded and to blame somebody for it.”

Hili: I feel excluded.
A: From what?
Hili: That’s what I have to investigate. 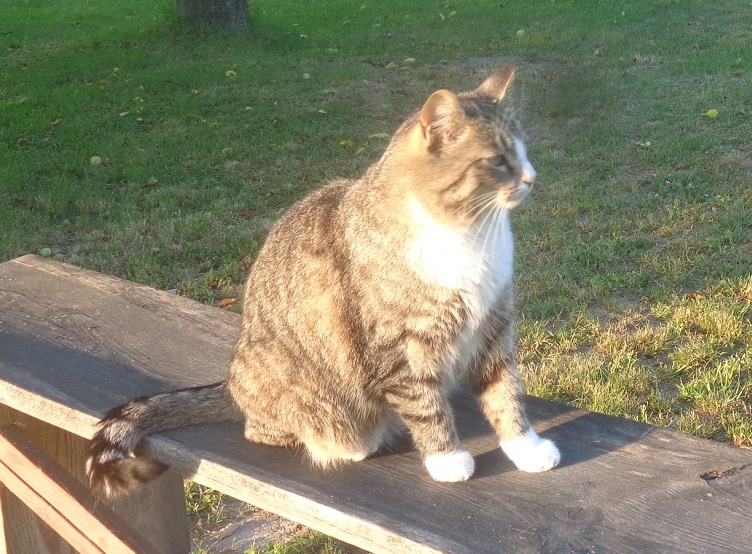 And in Winnipeg, Gus looks cute—”Earless and fearless,” as I call him 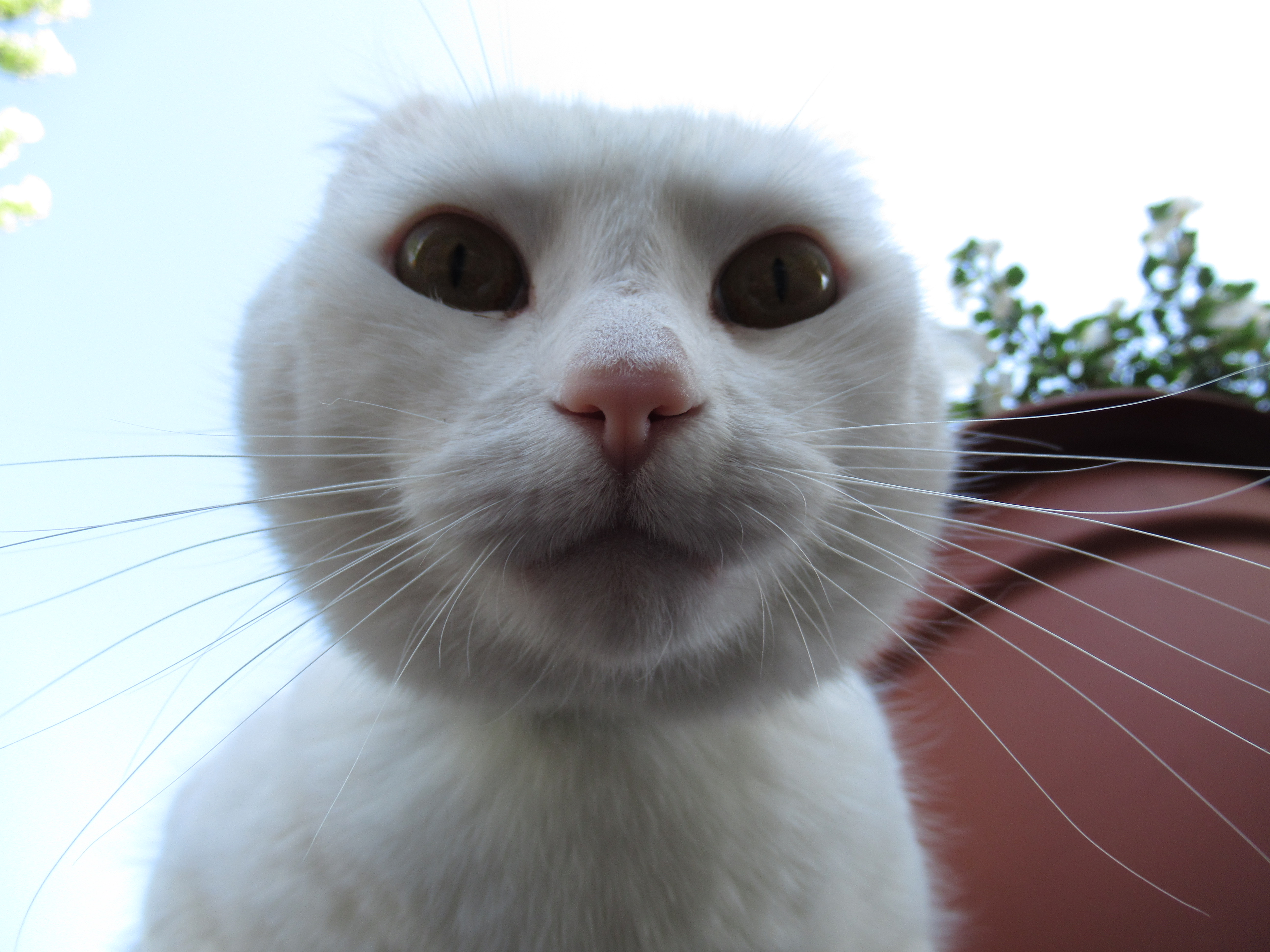 From reader Gethyn, part of Theo’s staff, we have a cat discovering refraction. I do believe this is real and shows the cat’s puzzlement at its paw not being where it feels it should be.

From BBC’s Moscow correspondent, showing the Russian press billing Kim Jong-un as the “victor” in the Singapore summit. Ask me if I care.

The Russian press is calling the Singapore summit a "PR success" & "victory" for Kim Jong-un. One paper warns that Trump's "exaggerated self-belief in his powers of negotiation" puts the US president "at risk of manipulation by his negotiating partners." pic.twitter.com/gTBzwUkm6L

The same goes, of course, in the DPRK:

North Korea wasted no time spinning the results of the Singapore summit in its favor, claiming Kim Jong-un had won major concessions from the United States https://t.co/vgLmIAHDCk

As I wrote the other day, Trump’s biggest faux pas was lauding Kim Jong-un and his supposed love for his people:

I once criticized Obama for giving Chinese students a weaker vision of freedom than Reagan gave Russian students. But my God, neither of them would have said something like this to people living under oppressive rule. https://t.co/jiUAuK2Jfk pic.twitter.com/JzpJC1DO2h

Achilles, of whom we’ll probably hear much in the next month, predicts a Russian soccer win over Saudi Arabia. Reader Michael sent a link to news about Achilles, the FIFA “Official Animal Oracle”.

A new species of turtle. Translation of the French:  “Let’s take a moment to greet the arrival of this little tortoise in the scientific world. Kinosternon vogti is a totally new species discovered in Mexico and this photo is… ❤
The link to the species description is here.

Tweets from Matthew: Look at those antennae!

A lovely fly, though I have no videos of the “leaping larvae”:

Insect of the day: A new one for me from Peru @ACA_DC. Neriidae flies. Interesting natural history, including leaping larvae. More here: https://t.co/f5xSbbaf18 pic.twitter.com/7XsD1KbXxb

Move over, Gene Krupa! Listen to this girl play the drums:

You know what you need to do right this second?

You need to watch an 8-year-old girl rip the living shit out of Good Times, Bad Times on drums. Holy hell.

And I find this completely appropriate; after all, raccoons are Honorary Persons. I still think the female Procyon lotor should have been given its own woods and many treats. It wasn’t even named!

From reader Su: a SJW cat up for adoption kvetches about cultural appropriation: 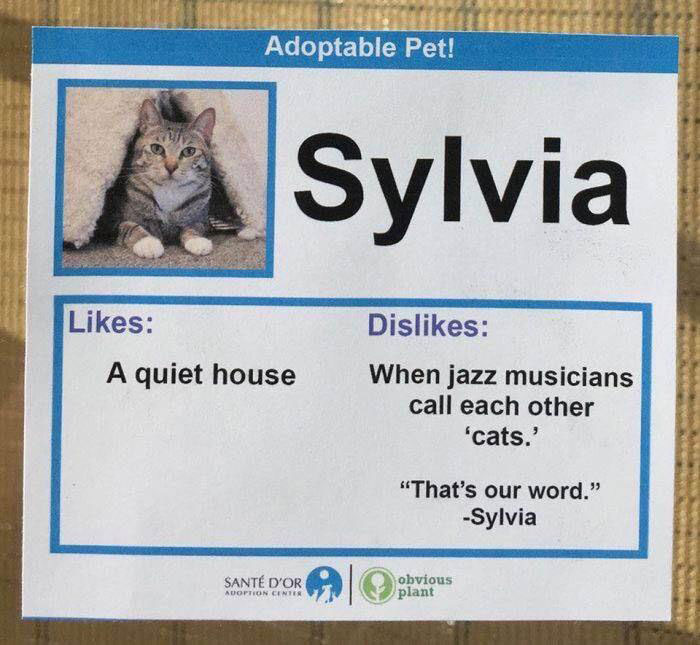 And from Merilee. This trope on Air Force One has been going around, but I think it’s hilarious: 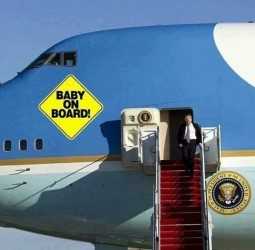