Another damn week has begun, but it’s a quiet one here at the University of Chicago, where the students will be gone until mid-September and classes won’t start until early October. It’s Monday, June 11, 2018, International Picnic Day. If you can pitch your blanket atop a border, do so. In Hawaii it’s Kamehameha Day, honoring the king who united the islands. Oh, and there are still eight ducklings and they’re getting big!

On this day in 1184 B.C., according to (dubious) calculations by Eratosthenes, Troy was sacked and burned. (But remember, Erastosthenes was the first to calculate the circumference of the Earth, and got it quite accurately.) On June 11, 1509, Henry VIII married Catherine of Aragon, who was Queen for nearly 24 years, but left when Henry had the marriage annulled so he could wed Anne Boleyn. On this day in 1748, according to Wikipedia, “Denmark adopts the characteristic Nordic Cross flag later taken up by all other Scandinavian countries.” I didn’t realize that all Scandinavian countries had crosses on their flags. Even Iceland!  On this day in 1776, the Continental Congress appointed a committee to draft the Declaration of Independence. A committee seems a bad choice, but considering that it consisted of Thomas Jefferson, Ben Franklin, John Adams, Roger Sherman, and Robert Livingston, it turned out to be a good choice.  On this day in 1919, the horse Sir Barton won the Belmont Stakes, becoming the first horse to win America’s “Triple Crown.” As you may know, the horse Justify won the Triple Crown this weekend—the first Pferd to do so since American Pharoah in 2015 and, before that, Affirmed in 1978. If you missed the race, here it is, with Justify leading all the way.

On this day in 1955, the deadliest racing-car accident that ever happened occurred at the 24 hour Le Mans race: 83 spectators were killed and at least 100 injured after two cars collided. Here’s some raw footage, but if you’re squeamish don’t watch. One of the cars flies right into the crowd:

It is an infamous day in the history of civil rights in America, for it was on June 11, 1963, that Alabama Governor George Wallace, an unrepentant racist, stood in the door of the Foster Auditorium at the University of Alabama to prevent two black students, Vivian Malone and James Hood (both now deceased), from registering. Later in the day, accompanied by National Guard troops federalized by John F. Kennedy, they were able to enter the building. And on that very same day, JFK addressed America from the Oval Office proposing the Civil Rights Act of 1964, ensuring all Americans equal access to public facilities, ending segregating in schools, and protecting voting rights. Although Kennedy was killed before the bill was passed, his successor Lyndon Johnson pushed the bill through in a feat of legislation and psychology detailed in Robert Caro’s masterpiece (one of four in the LBJ series so far) The Passage of Power.  Finally, on June 11, 2011, Timothy McVeigh was executed by lethal injection for helping carry out the Oklahoma City bombing.

Meanwhile in Dobrzyn, Hili thinks herself a sage:

A: What can a cat tell humanity?
Hili: Everything. 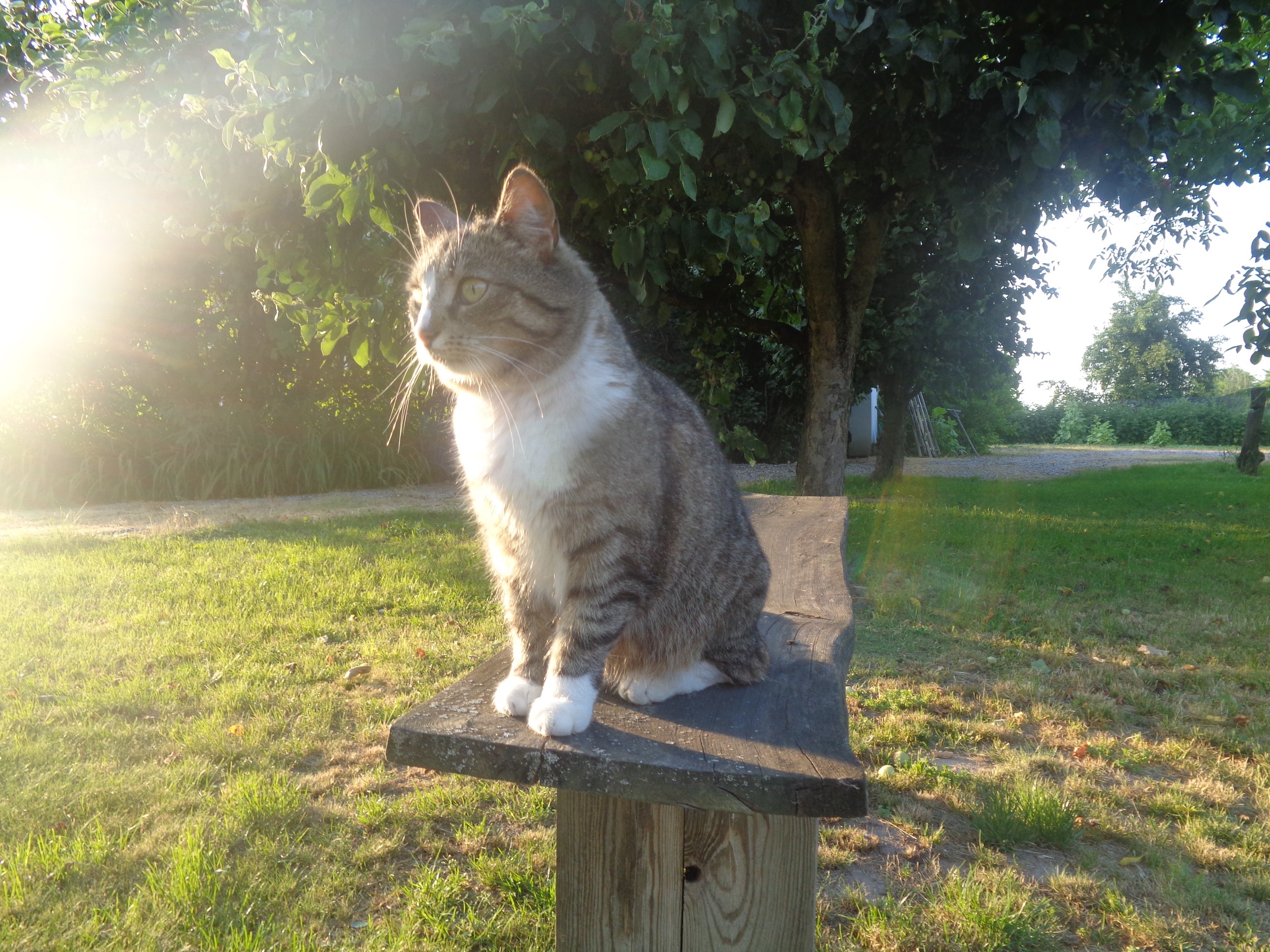 From reader Su: a gif of a grateful squirrel getting a drink from a kind man:

From Matthew, baby crocs hitchhiking a ride on mom:

Look at the gnashers on this marine iguana, the only such reptile in the world. It is, of course, endemic to the Galápagos.

It seems there's a whole lotta love out there for marine iguanas. Here's a view of the palate. Would you just look at all those teeth! All pointing nicely outwards and downwards, and nice and sharp. All the better for shaving algae off of rocks. If that's what you're into. pic.twitter.com/2mTBSxk9rU

A sheep shearer comes out of retirement. These guys know their business!

Well, a mandarin duck gives this wasp a run for the title of “most colorful creature in existence,” but this metallic hymenopteran is still magical:

The most colourful creature in existence landed on my bathroom windowsill this afternoon. A ruby-tailed wasp, not even 1cm long #Cairngorms pic.twitter.com/tJ2mEvnfcK

“My cat ate my homework!” TRUEFACT.

But why did they put a slice on his head? That detracts from his dignity!

The last leg of this relay race is amazing:

From reader Blue, a kid who has a great future in baseball (and by that I don’t mean the catcher!):

He jumped over the catcher 👀😲 pic.twitter.com/3y0IBkpuuf