Well, the academic year here is at an end and the campus will be empty all summer. Graduation was yesterday, and now it’s a quiet Sunday, June 10, 2018: National Iced Tea Day.  This morning it was raining hard (lucky it wasn’t this bad during yesterday’s Convocation) and I was worried that the pond level would rise, inundating the tree islands and eliminating resting space for the ducks. Fortunately, that hasn’t yet happened, but the level is still rising. While checking the pond at 6 a.m., I saw a big shadow and eight smaller shadows emerged from the darkness, waddling toward me on the grass. It was, of course, Honey and her hungry brood, and I immediately went upstairs to get corn and duckling chow to feed them. I’m now soaked, but the ducks are well fed and, for the nonce, have energy to swim.  I am pathetic, for the purpose of my life has become to help a mallard hen fledge 8 ducklings.

Today’s Google Doodle is a game celebrating garden gnomes (you can get to it by clicking on the screenshot below). As C|Net notes:

To celebrate our obsession with the figurines, Google on Sunday dedicated an interactive game doodle to teaching us how they’re made — and how far they’ll fly by applying the optimum trajectory. Using the keyboard’s space bar to start the doodle’s catapult swing, players tap a second time to launch their clay figure as far into their garden as they can. The further your gnome goes, the more flowers (and points) you get.

You can experiment with different shapes, weights and bounciness to make your gnome travel further. (Pro tip: Tap the down-arrow button in the lower right corner of the game before your gnome hits the ground to get extra bounce and distance.)

There’s a bit of Angry Birds in this, but without the destruction on the other side. Have a little fun with yet another of Google’s addicting game doodles.

I’m not much of a gamer, and haven’t played it, but go try your skill:

On this day in 1793, the Jardin des Plantes museum opened in Paris, and a year later became the first public zoo. I spent many pleasant hours in the gardens and Museum when I worked for a month at Paris VI nearby.  On June 10, 1829, the first boat race between Oxford and Cambridge took place on the Thames in London. I can’t be arsed to look up who won. In New Zealand in 1885, Mount Tarawera erupted, killing 153 and burying two of the great attractions of that country, the Pink and White Terraces.  In 1916, Hussein bin Ali, Sharif of Mecca, declared the Arab revolt against the Ottoman empire. Famous to us because of T. E. Lawrence’s participation, it was a display of skill and bravery by everyone fighting the Turks. Here’s a photo of the Arab delegation at the Versailles Conference that declared an end to WWI.  The caption from Wikipedia:  “Left to right: Rustum Haidar, Nuri as-Said, Prince Faisal (front), Captain Pisani (rear), T. E. Lawrence, Faisal’s slave (name unknown), Captain Hassan Khadri.”

Prince Faisal looks pretty much as he did in the movie, where he was played by Alec Guinness: 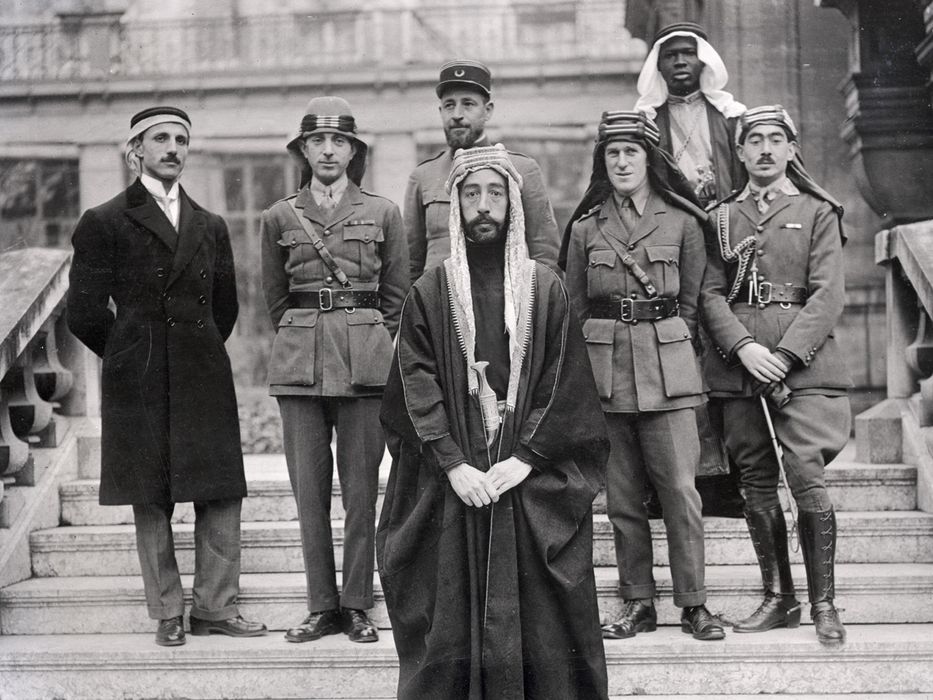 On June 10, 1935, after Dr. Robert Smith took his last drink, he and Bill Wilson started Alcoholics Anonymous in Akron, Ohio.  Exactly 7 years later, the Nazis razed the Czech village of Lidice, killed all its men over age 16, and sending the women to concentration camps in reprisal for the assassination of Nazi Reinhard Heydrich.  On this day in 1944, Joe Nuxhall pitched 2/3 of an inning for the Cincinnati Reds, becoming the youngest player ever to participate in a major-league baseball game. He was just 15 (there was a player shortage during the war). Exactly two decades later, the U.S. Senate ended a 75-day filibuster against the Civil Rights Act of 1964, and this landmark bill was quickly passed (LBJ was instrumental in its passage).

Meanwhile in Dobrzyn, Hili seems to be afflicted again with a bad case of narcissism:

Hili: I hope that you understand how important it is?
A: What?
Hili: To look good. 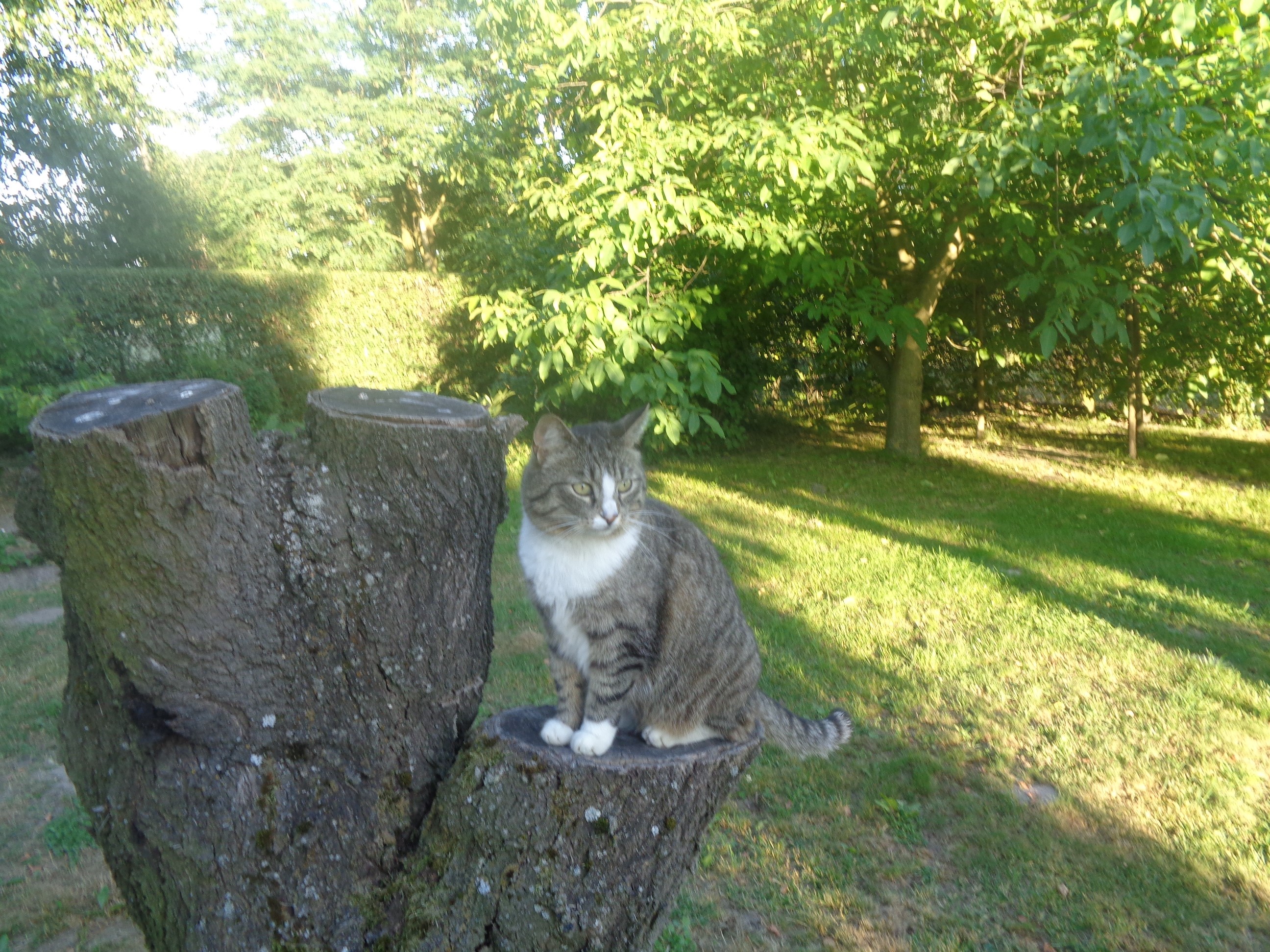 And in Winnipeg, we have “Gus in the garden”: 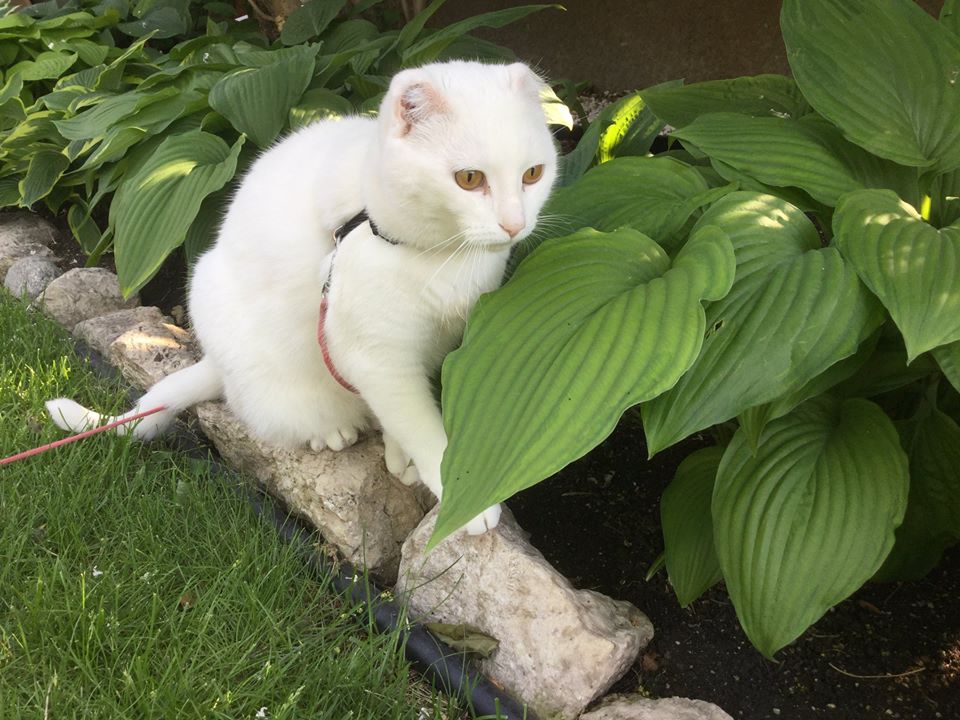 Some tweets from Grania. About the first one she asserts, “This is what I’ve been saying all along.”

"Clinton ultimately lost largely because of her poor performance with women. Had Hillary won the same shares as Obama, Gore, or even her husband, she almost certainly would be president today." https://t.co/LQ5lofBsss

Trump is behaving badly at the G-7 summit, as usual. And soon he’ll meet Kim Jong-un, which should be good for a few laughs.

This is an actual real photograph and I’m done pic.twitter.com/OQHxueoysr

Not a parody. Not satire. Real people, who can drive and VOTE, tweeted this. https://t.co/rP1sAXy49f

The tweet at issue; be sure to watch the video:

In honor of #NationalBestfriendsDay, we celebrate the friendship of firearms and suppressors. It is vital that we make suppressors more accessible.

Who's the suppressor to your firearm? Tag your best friend! ❤️ pic.twitter.com/iz9bv4Im94

As I’ve long maintained, the British don’t know how to make a proper sandwich, though many readers object, claiming that the sandwiches are getting better. Yes they are, but they’re still pretty dire, consisting of a thin filling between two pieces of forgettable bread. And they sometimes have “SWEETCORN” (as opposed to SOURCORN) in them!  Here’s a tweet showing some British sandwiches from 1972, sent by Dr. Matthew Cobb. I’ll add a quote from Douglas Adams contributed by Grania:

“There is a feeling which persists in England that making a sandwich interesting, attractive, or in any way pleasant to eat is something sinful that only foreigners do. “Make ’em dry,” is the instruction buried somewhere in the collective national consciousness, “make ’em rubbery. If you have to keep the buggers fresh, do it by washing ’em once a week.” It is by eating sandwiches in pubs on Saturday lunchtimes that the British seek to atone for whatever their national sins have been. They’re not altogether clear what those sins are, and don’t want to know either. Sins are not the sort of things one wants to know about. But whatever their sins are they are amply atoned for by the sandwiches they make themselves eat.”

More from Matthew: a beetle mimicking a bee, a cool example of Batesian mimicry:

Bee Beetle (#Trichius fasciatus). So happy to see my first! Don’t be mistaken! … it's not a bee or a fly but a #beetle pic.twitter.com/KhVckj0arX

Definitive refutation of a flat earth:

A video of a beetle feeding on a tree:

What you doing Platystomos? Spotted chewing holes in the bark of dead birch branch this afternoon. Series of holes across the branch. Presume it is feeding on the cambium or mycelia within? @sarahhenshall pic.twitter.com/Lwm5TnkVKd

Morning all it’s Puffin-tastic on Isle of May today (all the black dots are Puffins flying) pic.twitter.com/YM8ycJPG9O

Matthew was insistent that I show his tweet, and he’s right in his claim. See here for the proof.