We have a special treat today: a video of BATHTIME taken by Anna. You can see the little ones dunking and disporting themselves in “the tub”. First, though, some pictures:

There are still eight, and for the first time they look larger to me: 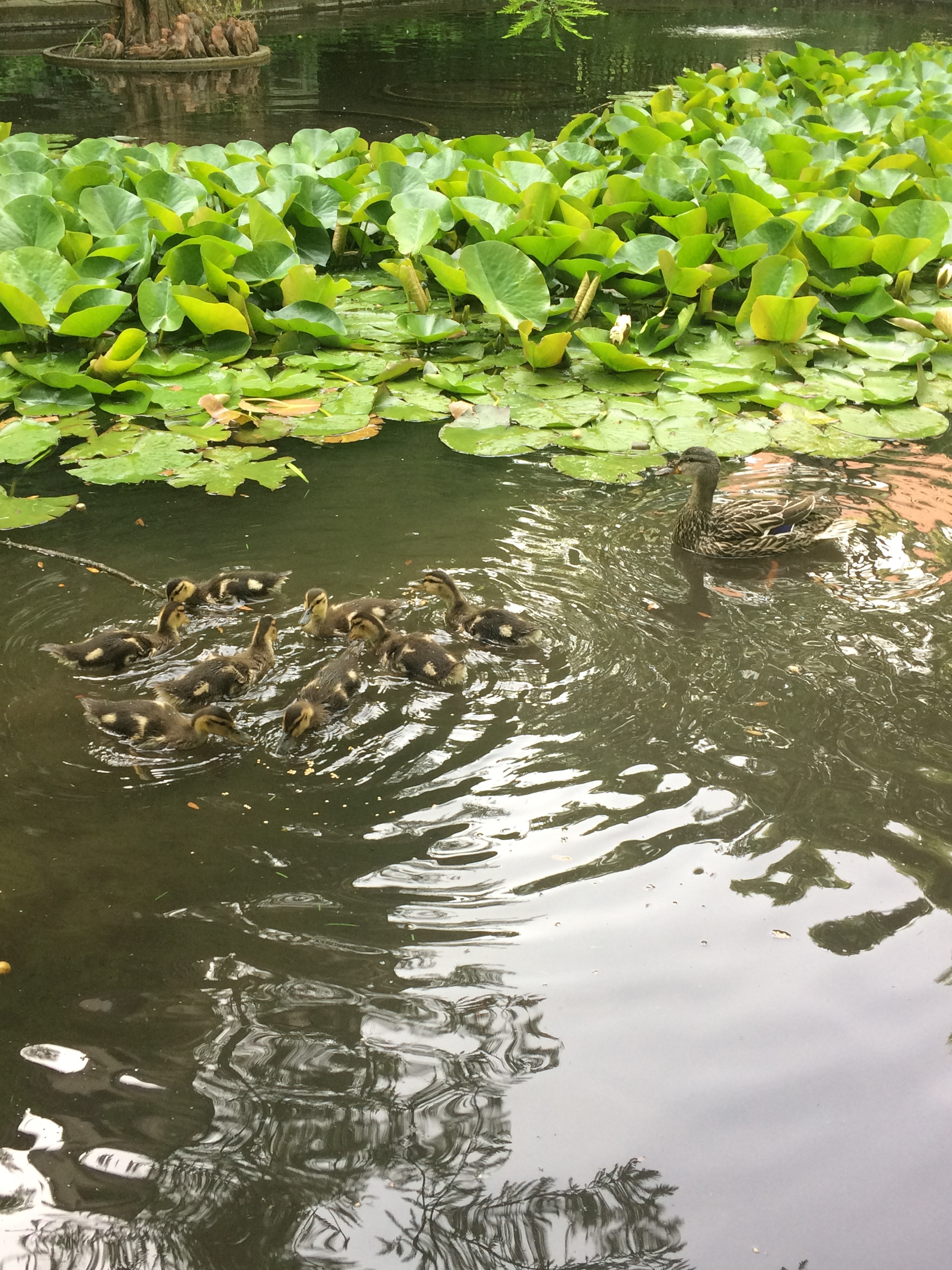 This morning it was sunny (I fed them late), and Frank joined the family at postprandial bathtime (they always bathe and preen after they eat). He’s being nicer to the ducklings now, and I haven’t seen him chase them for about two days: 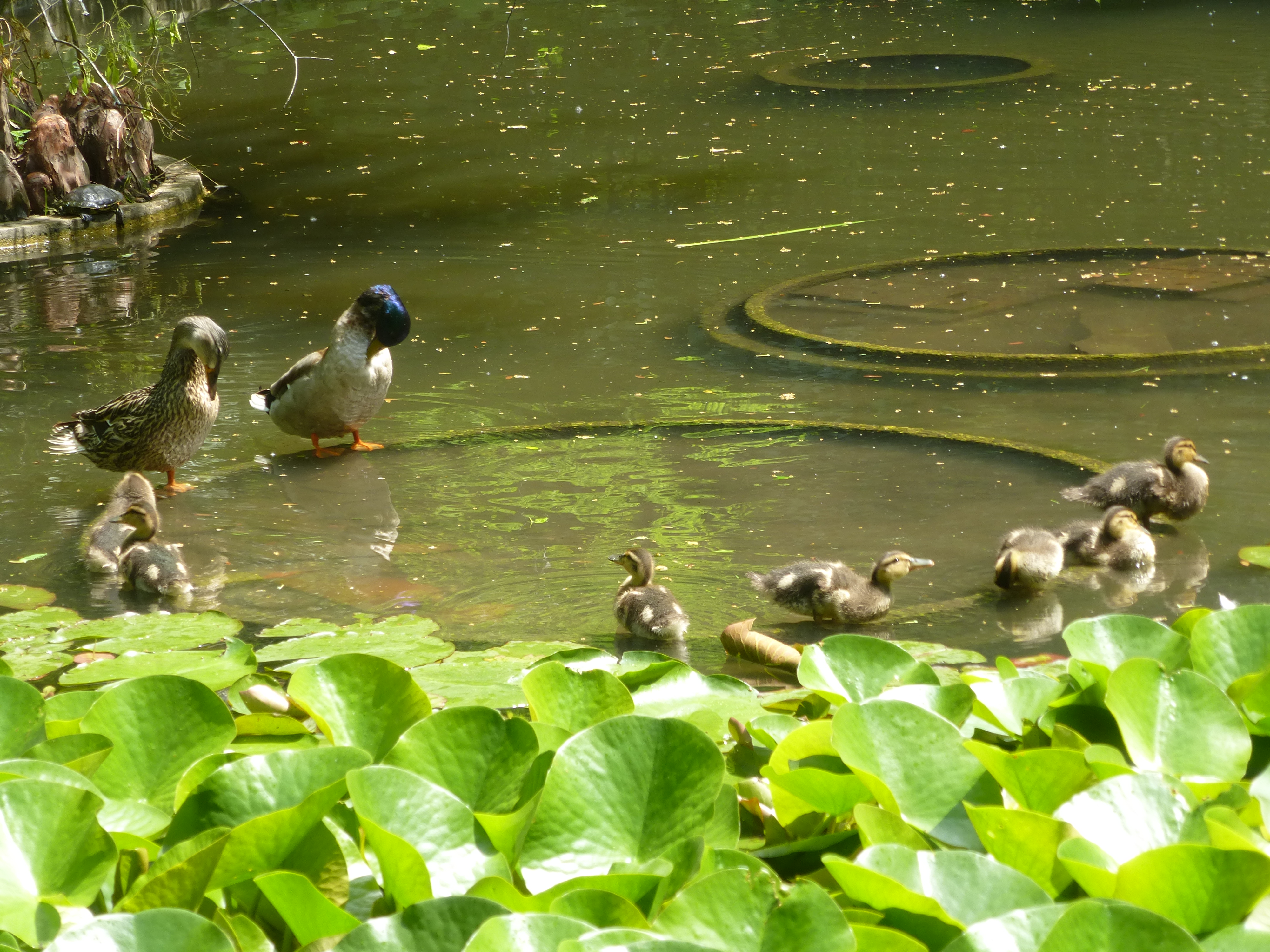 When I met Anna at the pond at 2 p.m., she was completely surrounded by excited kids who wanted to feed the ducks. (School was over yesterday.) So she gave them mealworms and duckling starter food, and they all had a good time feeding Honey and the brood. Look closely between the kids and you can see them. 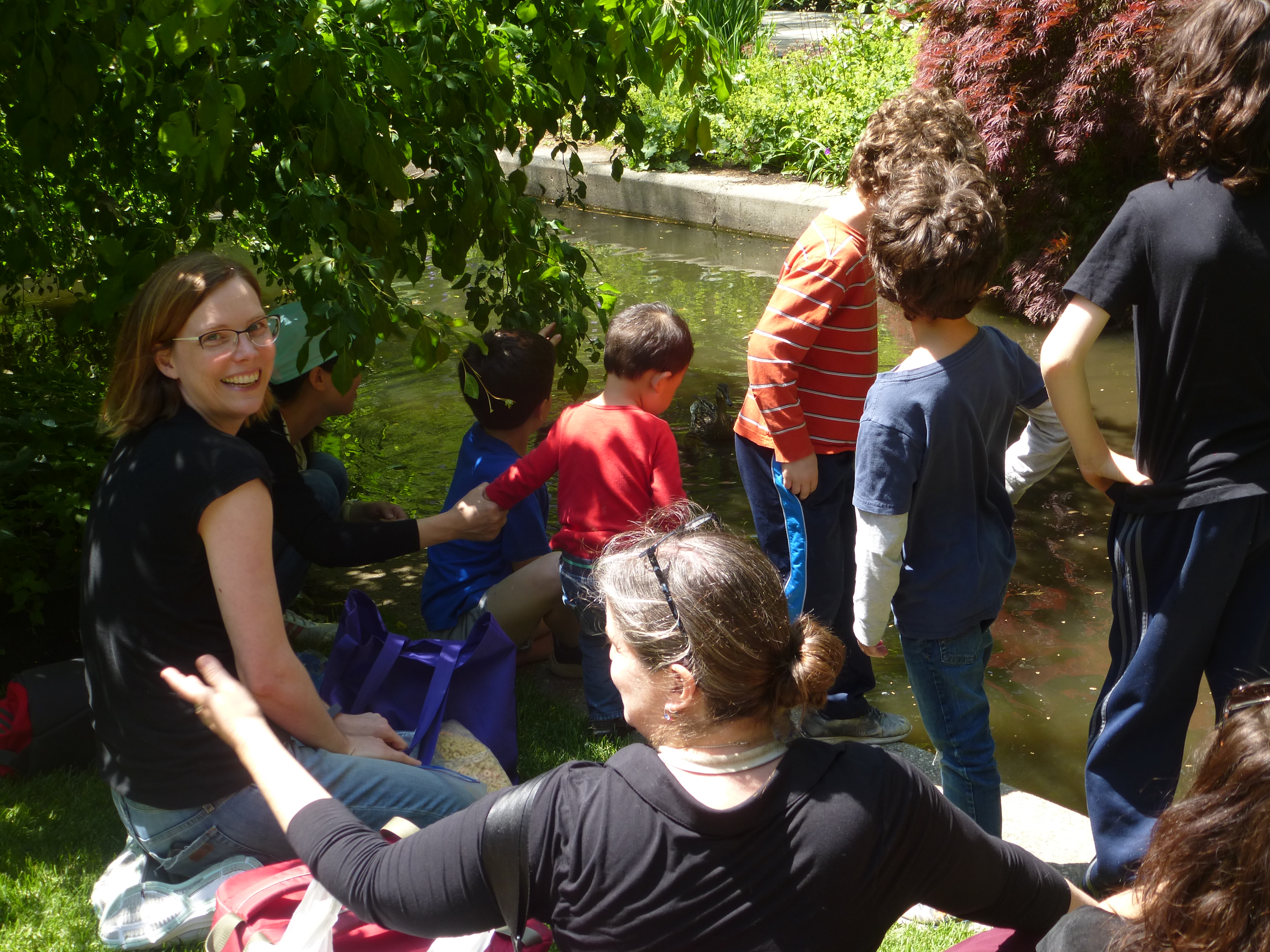 We kept Frank and Henry busy at the other end of the pond by feeding them. I feel sorry for Henry, who’s at the bottom of the pecking order. But he gets along with Frank, who’s at the top, so the order isn’t transitive. They were hungry! 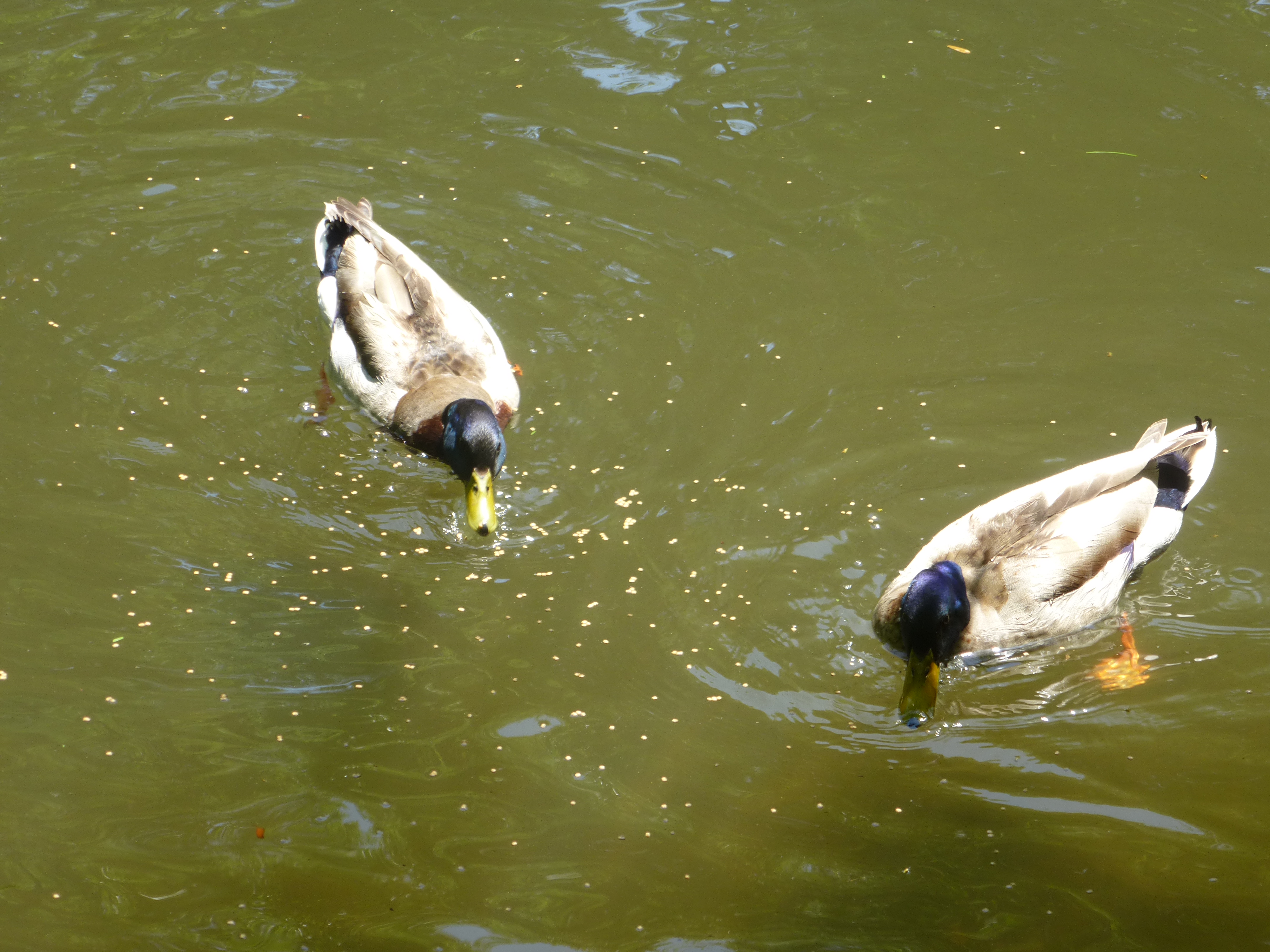 After afternoon bathtime, the brood repaired to the island for some preening: 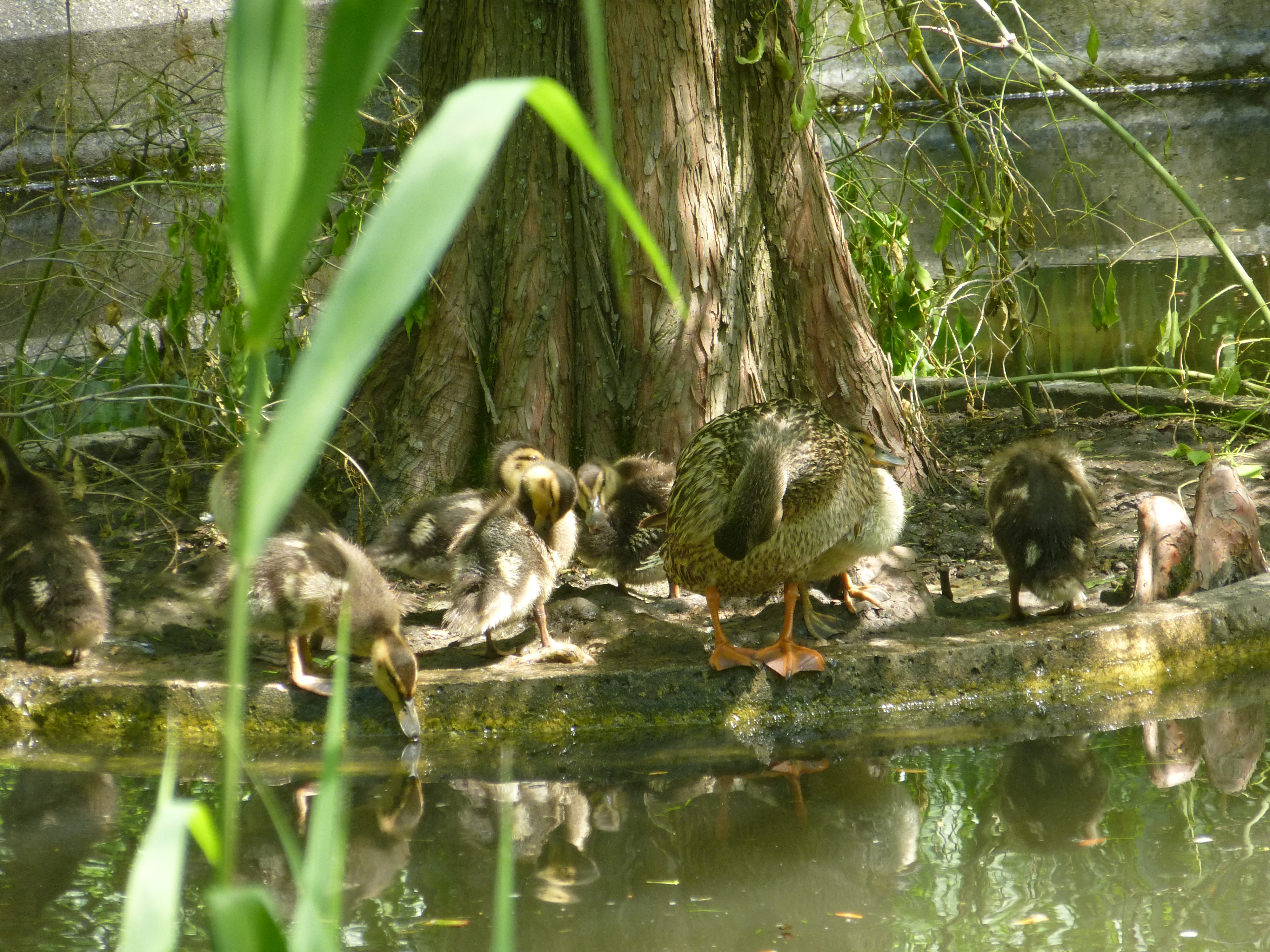 . . . while poor Henry, beleaguered by both Honey and humans (he’s very shy), retired to his secluded corner of the pond. Note his fully brown chest compared to Frank’s pale chest in the second picture above. Henry is not a hybrid, and I suspect Frank is. I find this picture sad, and wonder if he’s lonely: 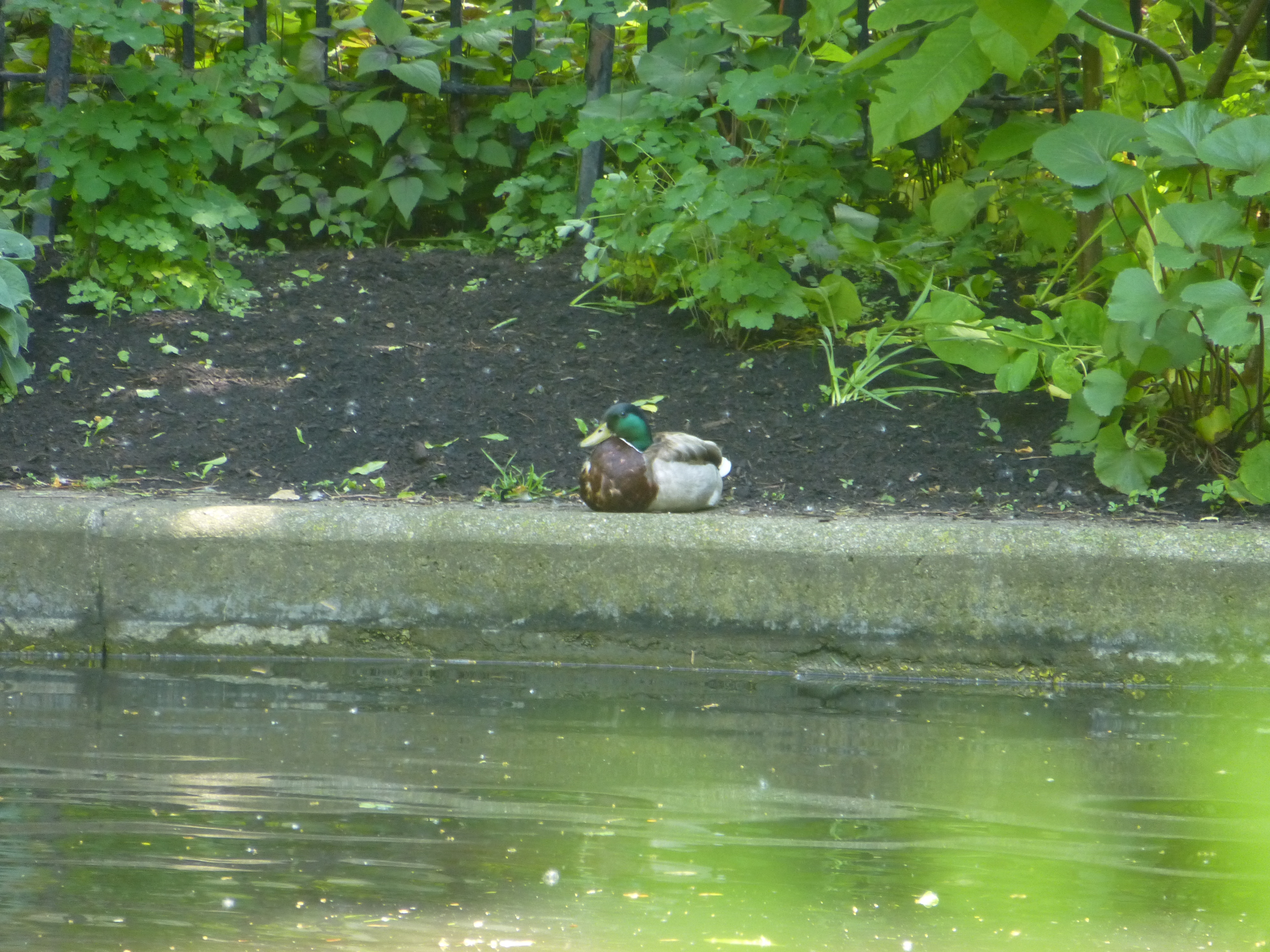 And of course the turtles are everywhere. Here they’re trying to make a model of how the world is supported. So far it’s only two turtles all the way down: 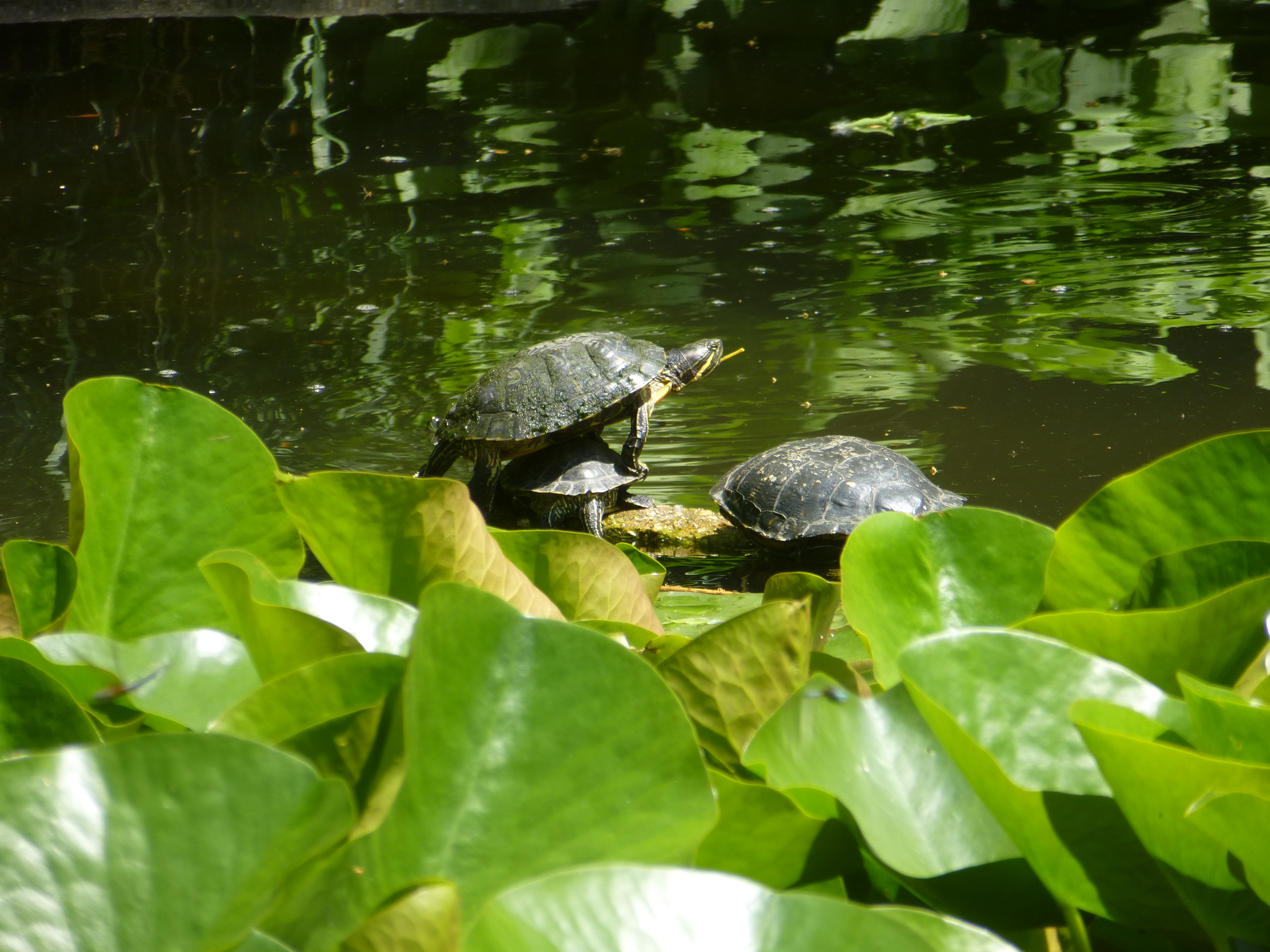 And your special treat: a video of bathtime filmed by Anna on her cellphone. You can see Honey overlooking the fun, Frank on his way to join them and then, 12 seconds in, a duckling shakes his tiny little stubs of wings. Some day those wings will carry him hundreds of miles. Be sure to watch this with the picture enlarged!