Stephen Barnard has sent us a batch of lovely photos from Idaho. Among his many great pictures, this first one, of the female American kestrel (Falco sparverius) roosting in Stephen’s nestbox, has to be one of my favorites: Stephen sent some technical info: 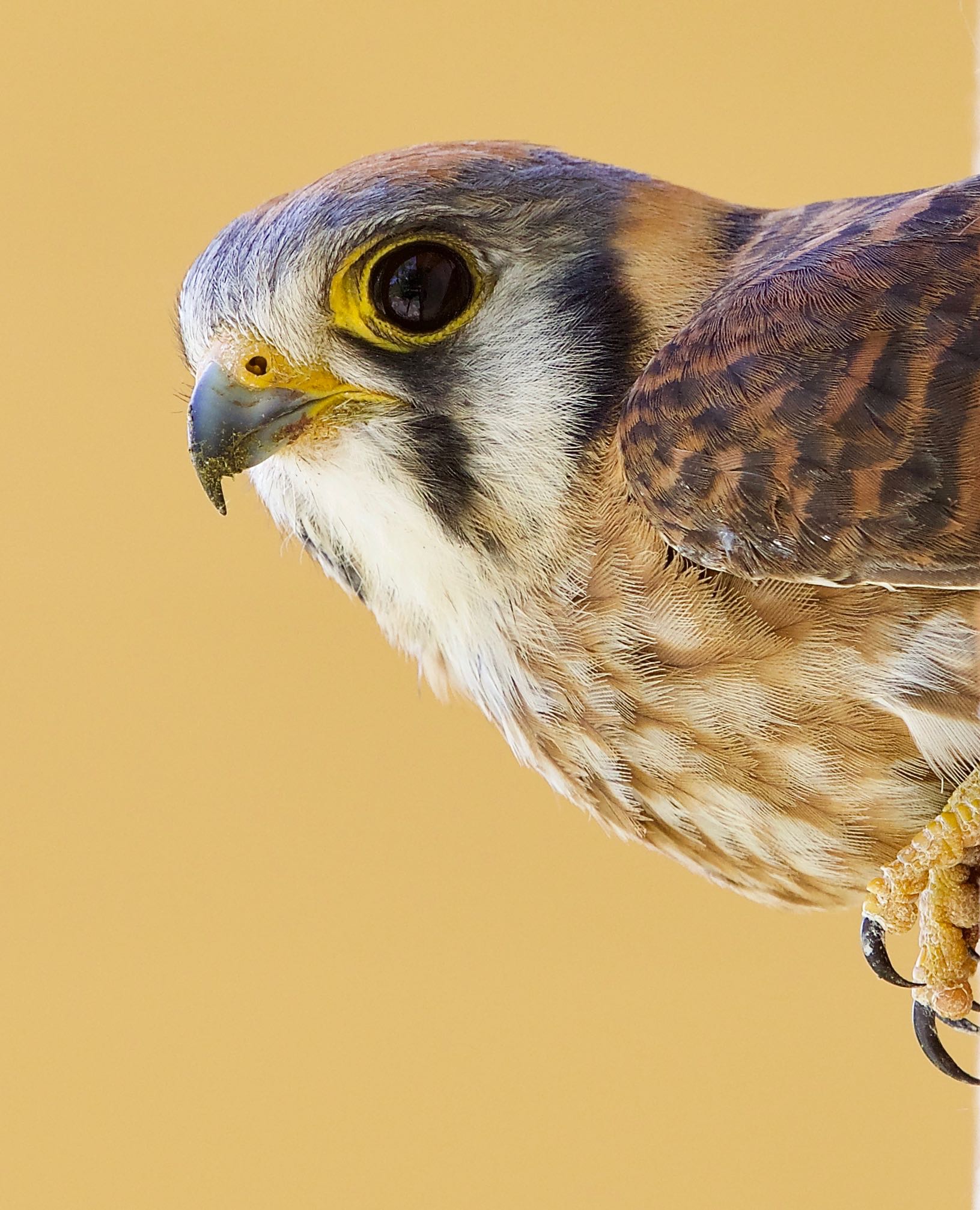 And a video; the pair are being severely harassed by Brewer’s blackbirds:

While being harassed by blackbirds, Boris brings a vole to the nest box, Natasha arrives, he hands it off to her, and she takes it inside.

We also have pelicans; Stephen’s notes are indented.

First, a few photos of American White Pelicans (Pelecanus erythrorhynchos). These are magnificent birds, but whenever I see them on the creek I chase them away, and so does every other fisherman and landowner with water. They can do a great deal of damage to the trout fishery in a short time.  For the second and third photos I’d sneaked up very closely. (They’re very easily spooked because everyone chases them.) I watched them doing their typical feeding behavior — working as a coordinated group, pushing schools of small fish into the shallows where they chow down. 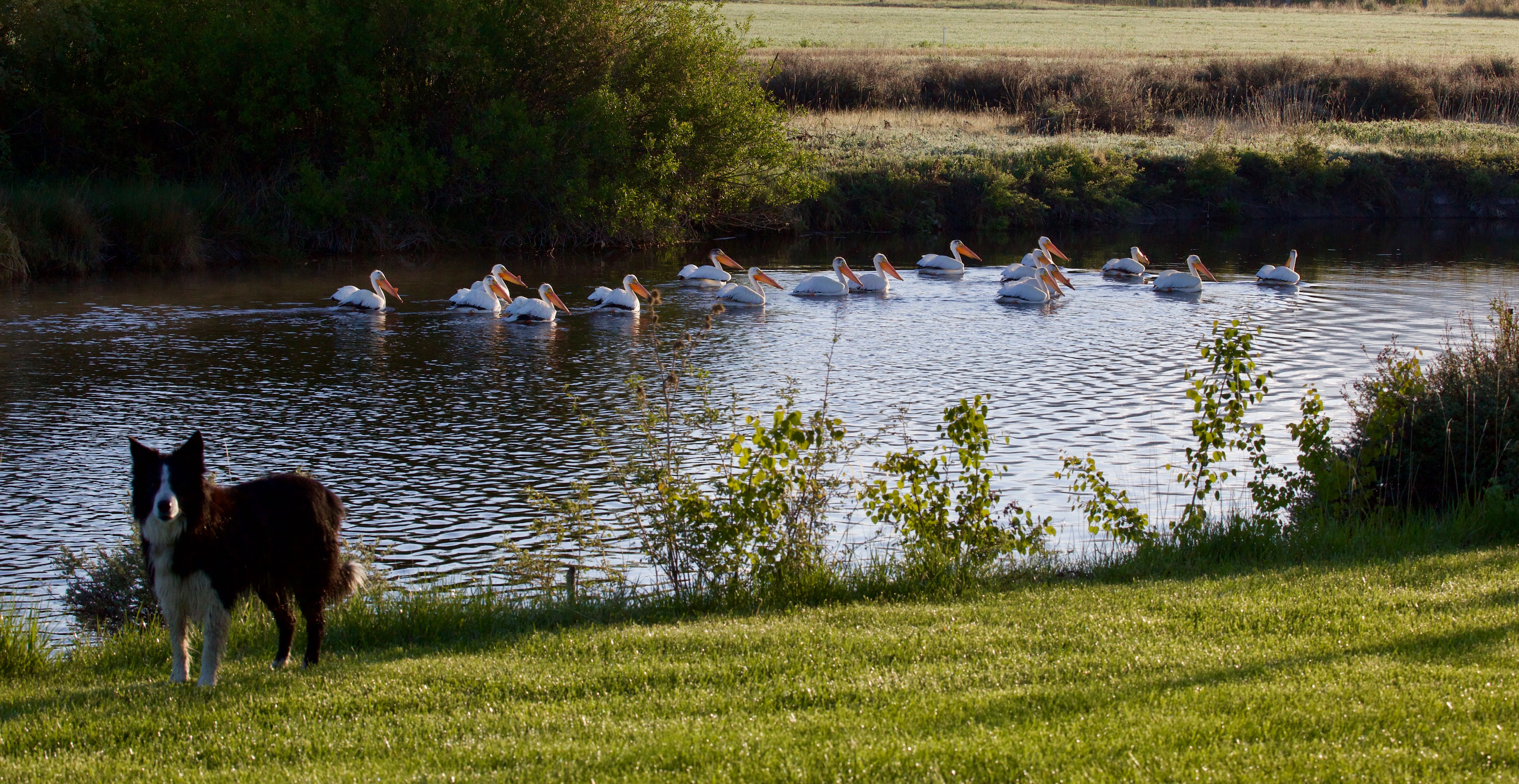 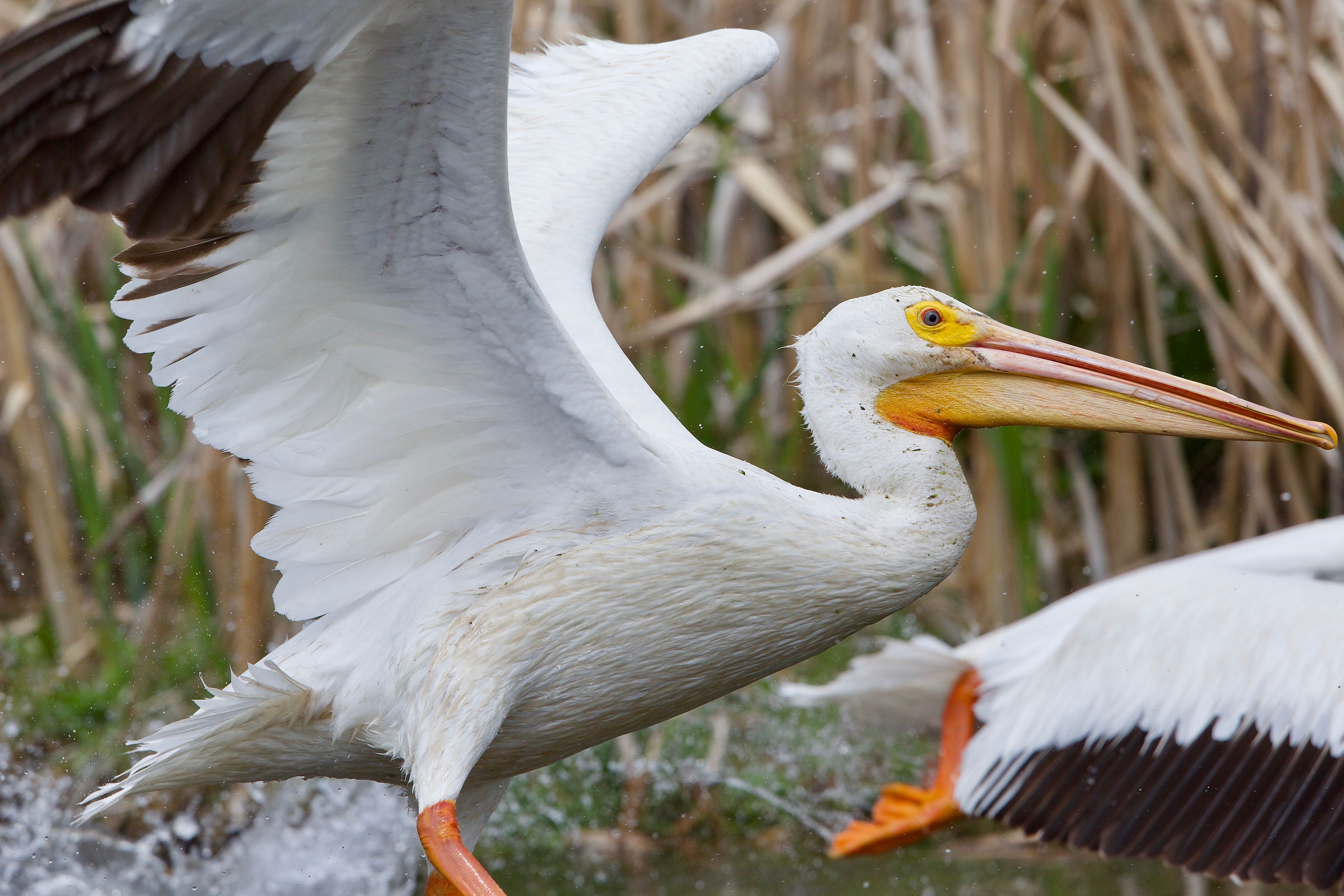 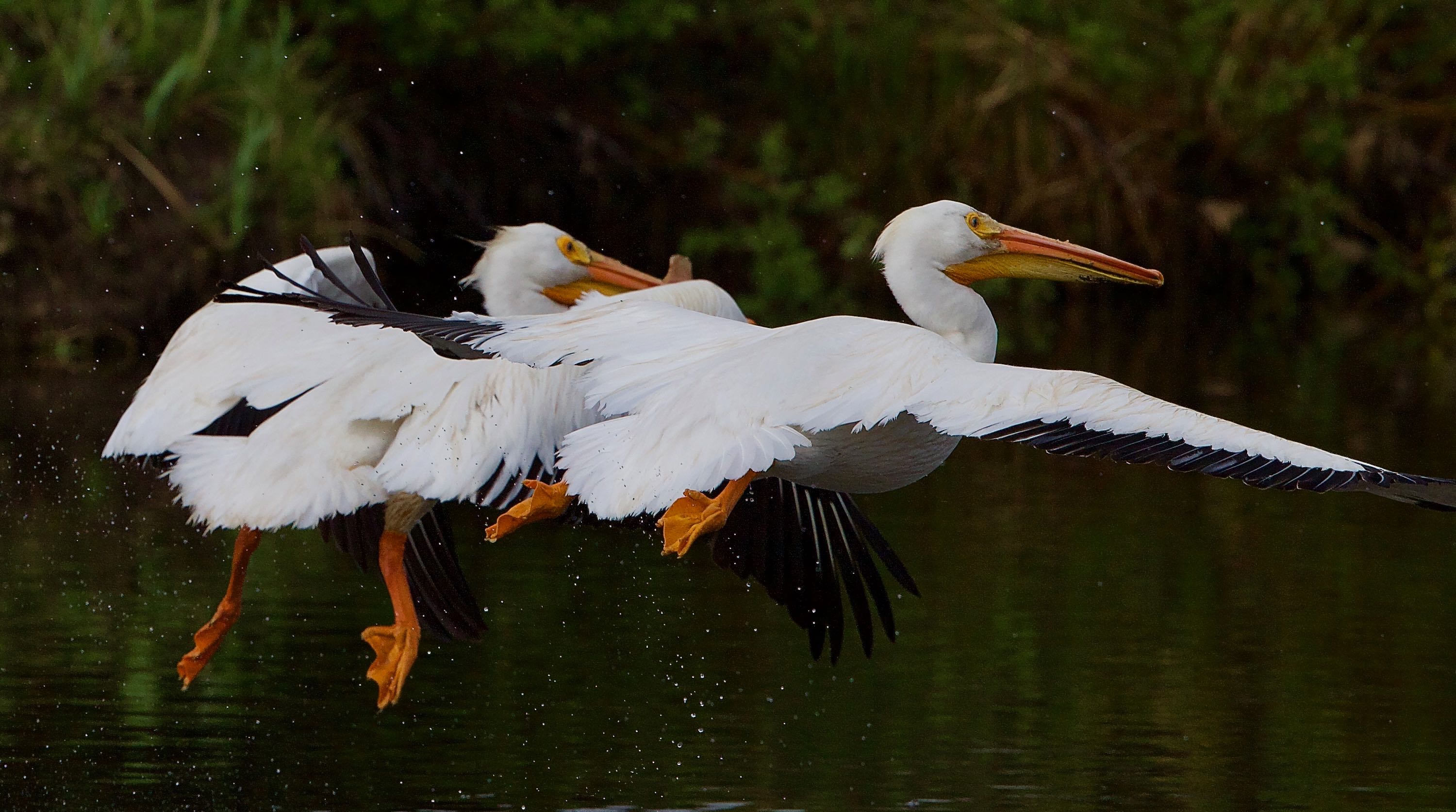 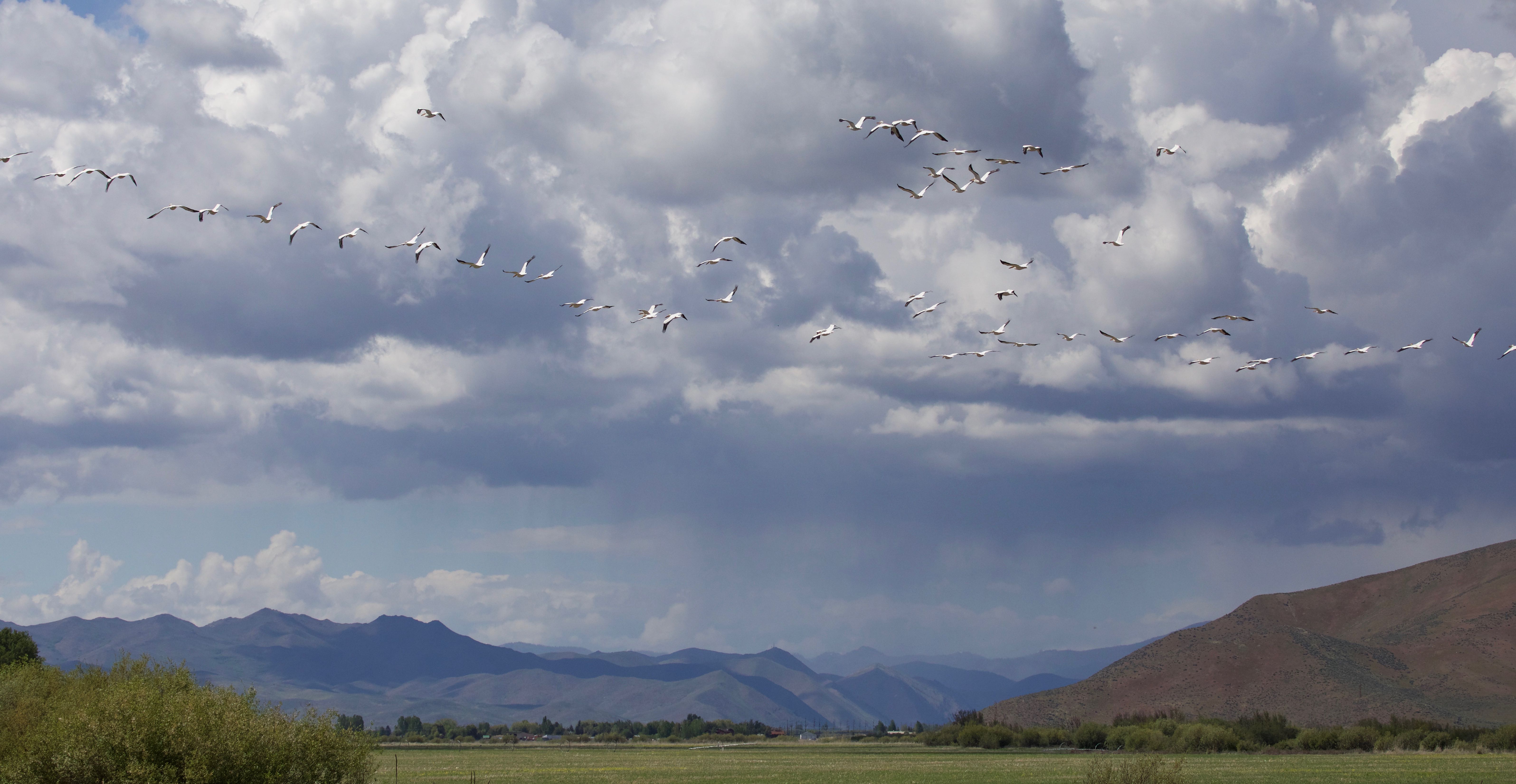 Here is a Barn Swallow (Hirundo rustica). This is one of the swallows that build mud nests on my front porch every year. 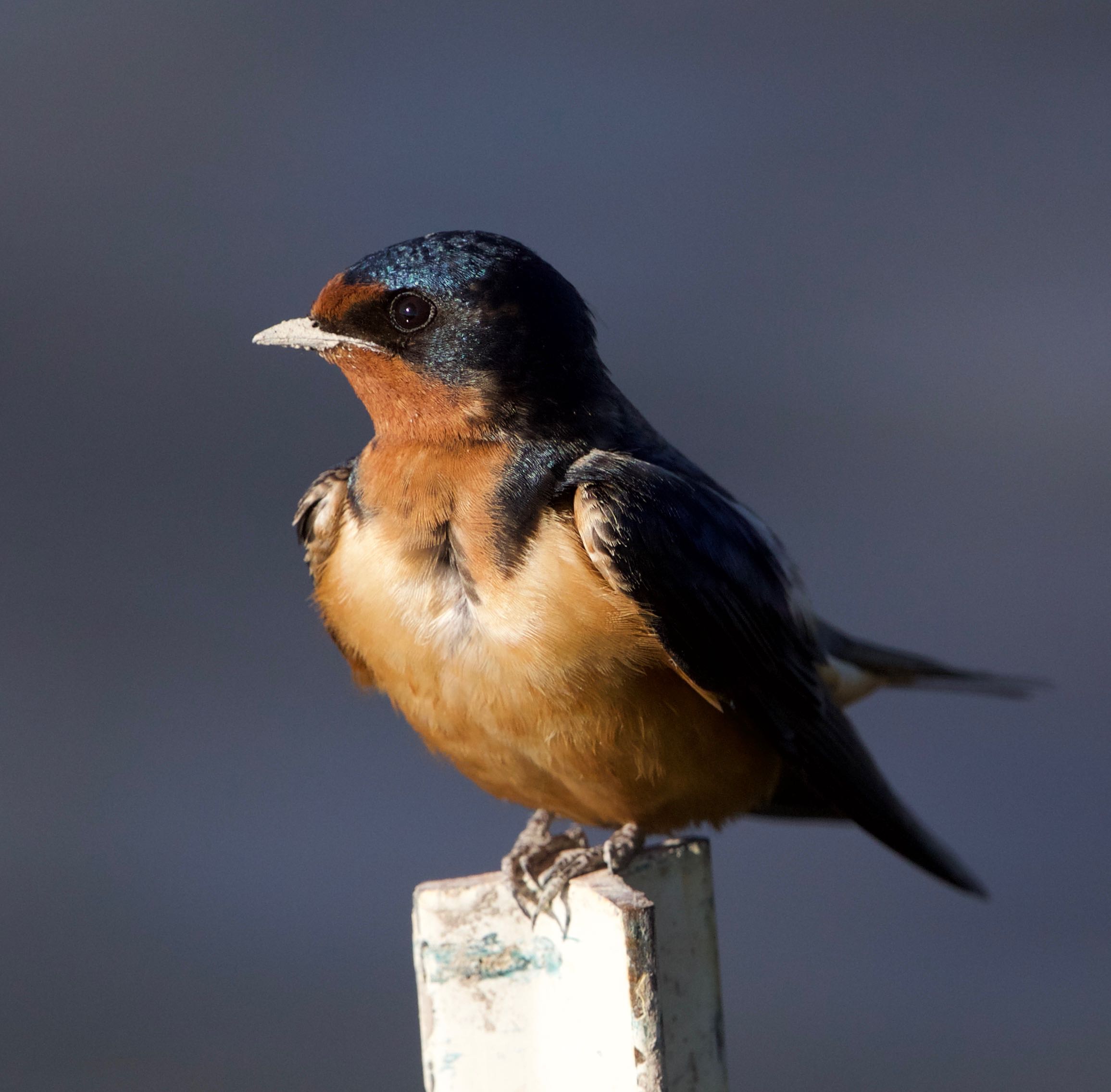 This Sandhill Crane (Grus canadensis) wasn’t happy about me passing by in the truck. This is a male, one of a pair, and I suspect they have a colt or an egg nearby, because they were luring/threatening me into another direction (which wasn’t wasn’t an option). 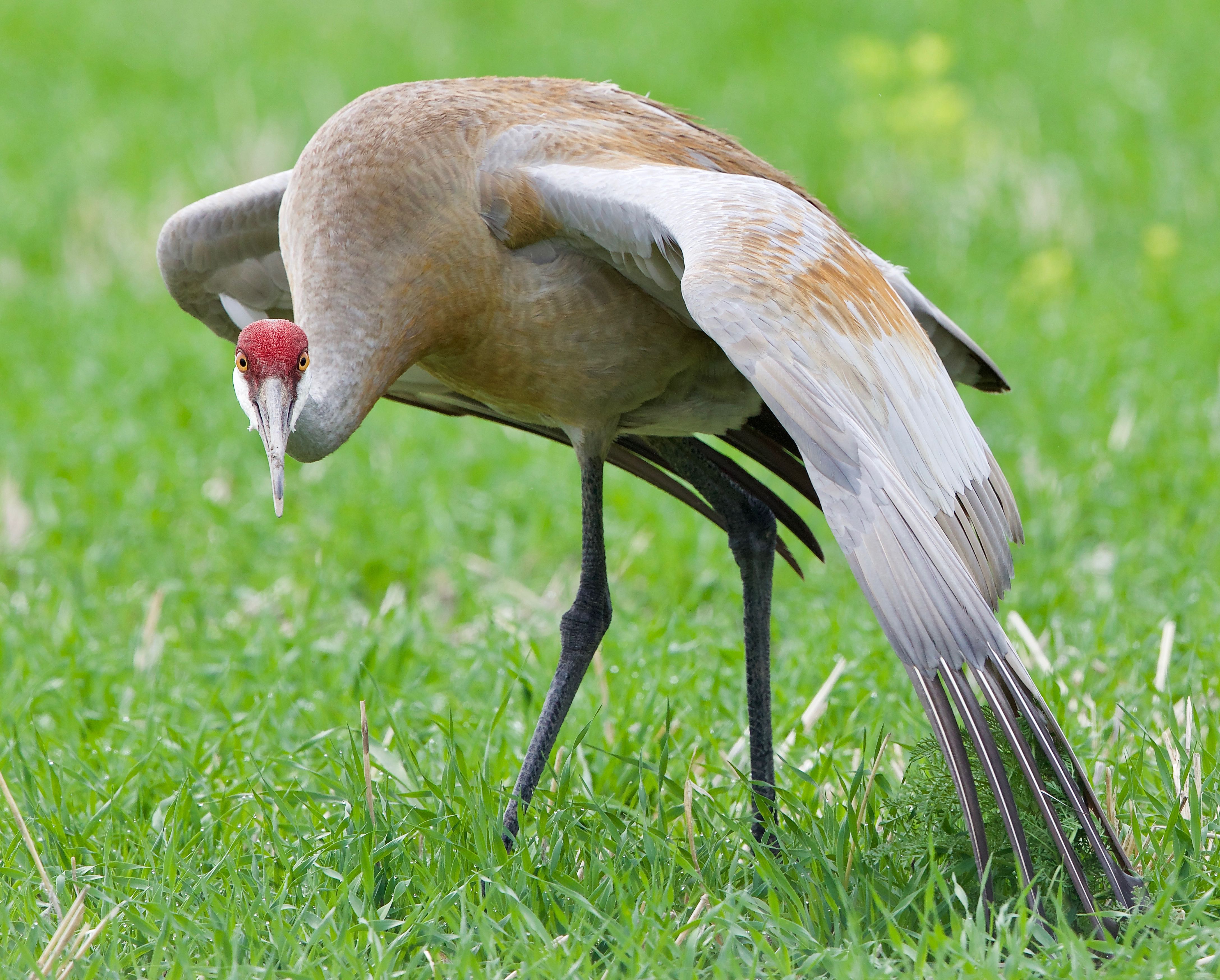 And a brown trout (Salmo trutta):

I caught it in one of my ponds on opening day. It took a callibaetis nymph imitation. 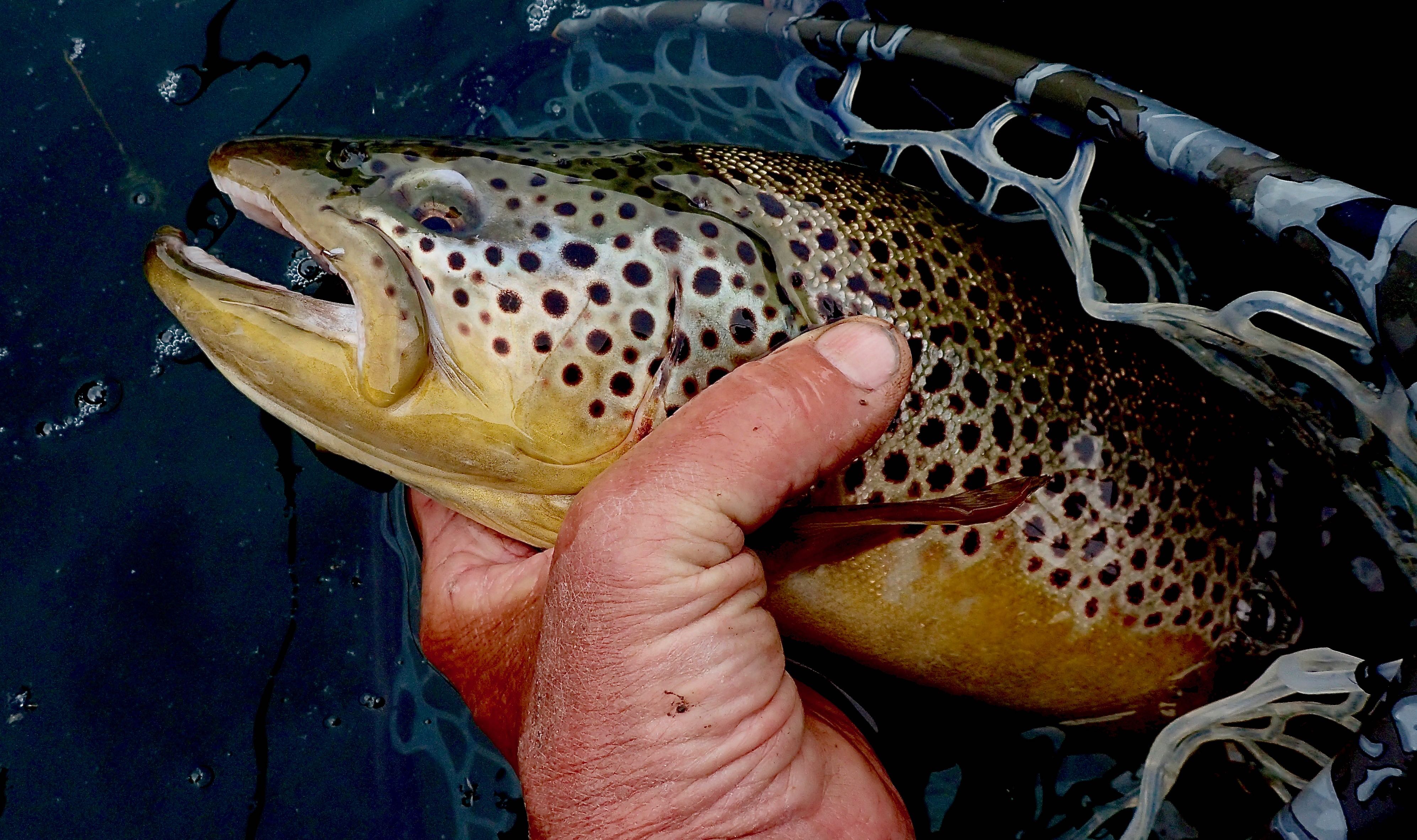 20 thoughts on “Readers’ wildlife photos (and a video)”