This sign, photographed by reader Will, has one apostrophe error and a completely obscure description of a tap. Will noted this when he sent it to me:

This is a sad sign of our times in several respects, I think. (Photographed today in the rest room of a fish & chip shop in Wells-Next-the-Sea, Norfolk, England.)

When I asked him what a “motion censored” tap was, he responded, “I discovered it meant the taps were fitted which motion sensors, which turn the water on when you put your hands beneath them. Of course, it COULD mean the owners were offended by the concept of taps which move when twisted — and had decided to take appropriate action.”

I thought it was a tap that you could twist only a limited amount! 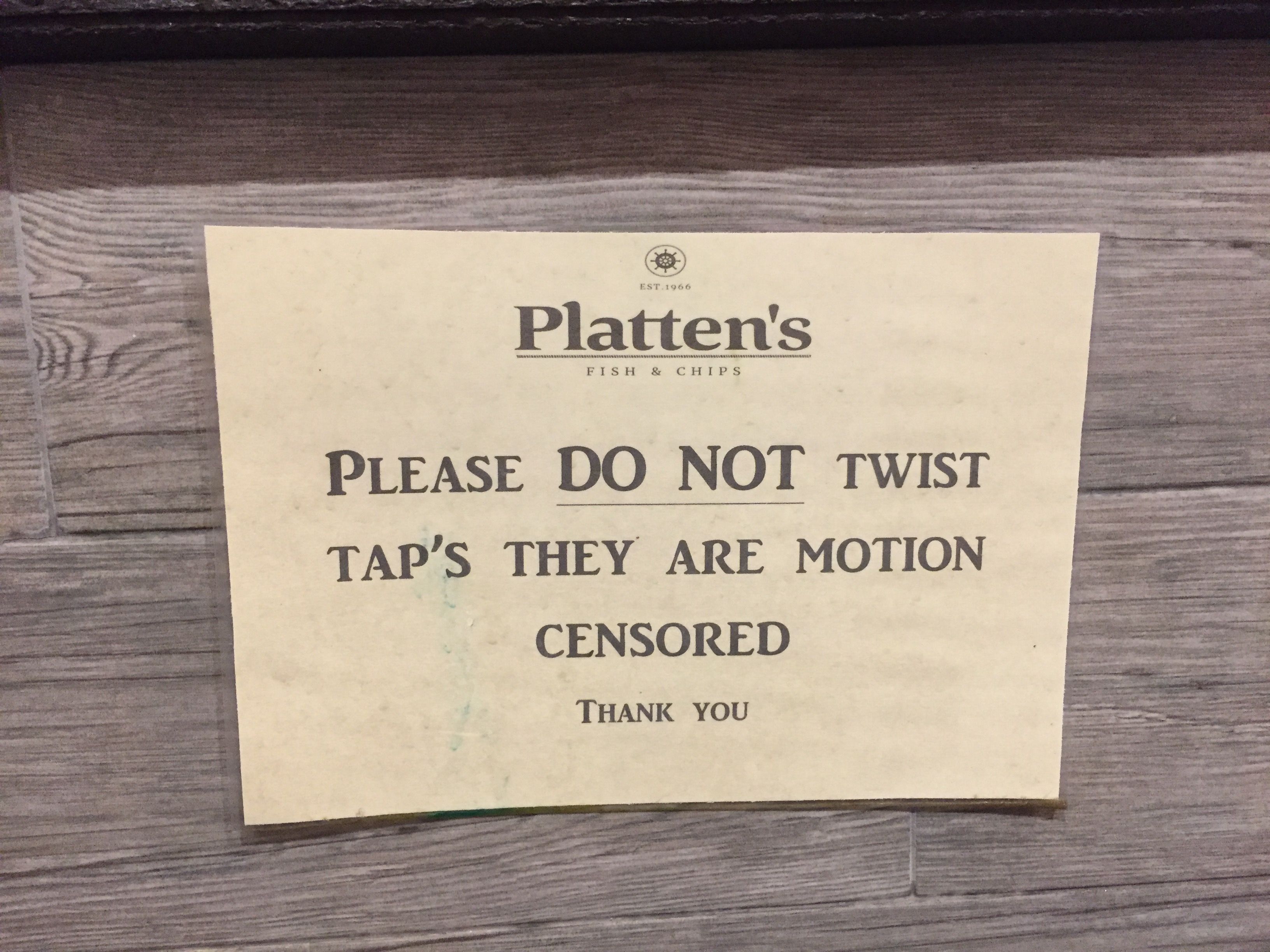 I emailed Platten’s Fish and Chips to help them, showing that I can be as much of a grammar Nazi as anyone. I think it would be fun if a bunch of readers wrote them polite letters! The email address is below: