There are still eight ducklings in the pond, and this morning only a single mallard drake appeared: the gluttonous Frank, whose girth bespeaks his consumption of corn.

I found Honey and her brood on the grass this morning, and was quite happy, for that gave me a chance to toss her a lot of corn to wolf down (it’s easier to do that then toss single kernels into the water for her to dabble). But as soon as I started feeding her, Tubby Frank appeared, chased the brood into the water, and then nommed all the corn. Honey does look too slim for me, and I hope that later today, with Anna’s help, we can separate the pair and give Mom a good feed.

In the meantime, she did get corn in the water, as well as mealworms; and the babes got all that and Cheerio fragments, too.  Here they are on land (you can count all eight; one is peeking out from behind Honey): 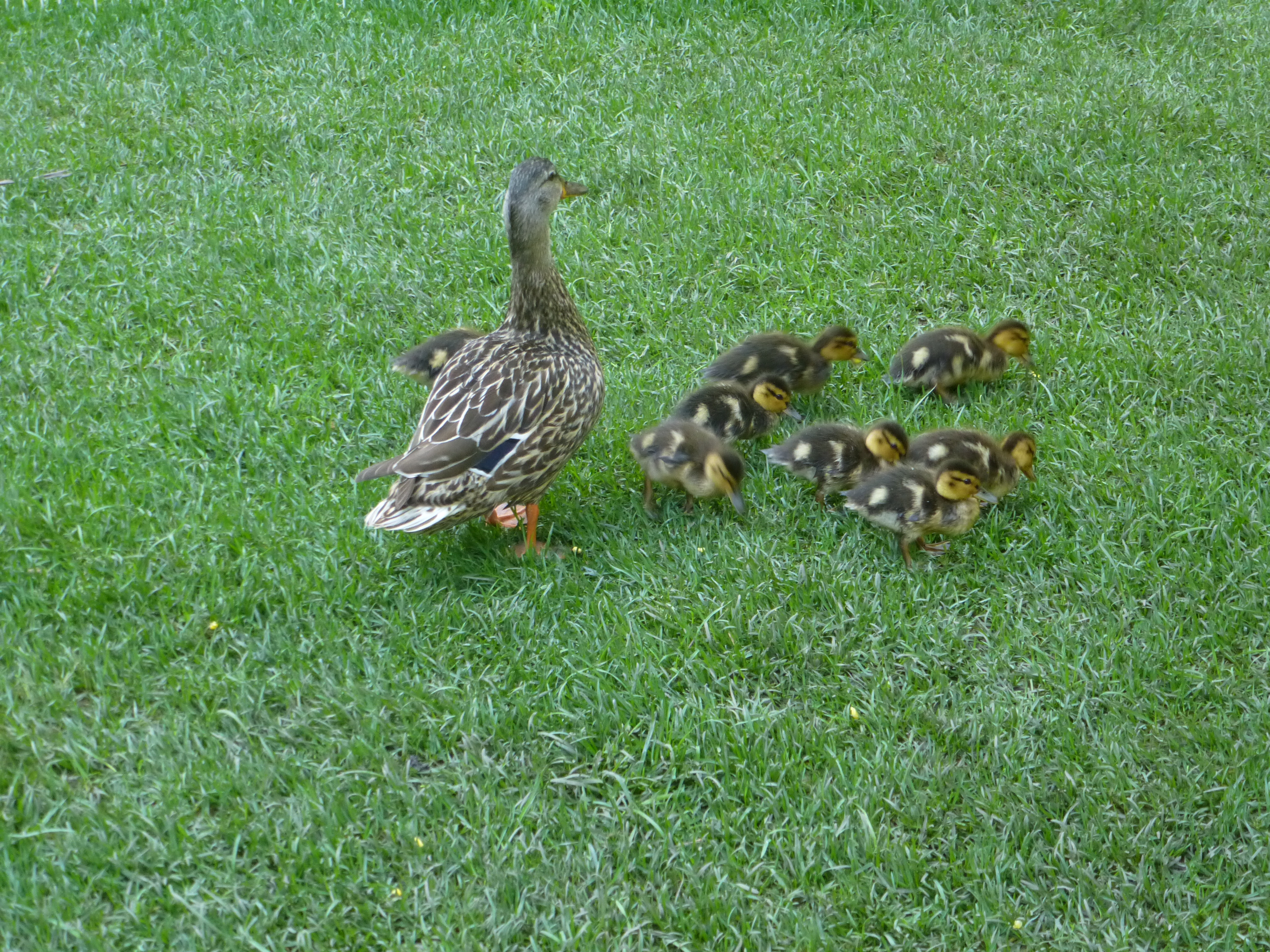 The ducklings do seem to learn from Honey. For example, after I fed them all she went to the lily pads and began turning them over with her bill, obviously foraging. Within seconds all the ducklings were on top of the lily pads, also foraging (they’re too small to turn over a pad with their tiny bills): 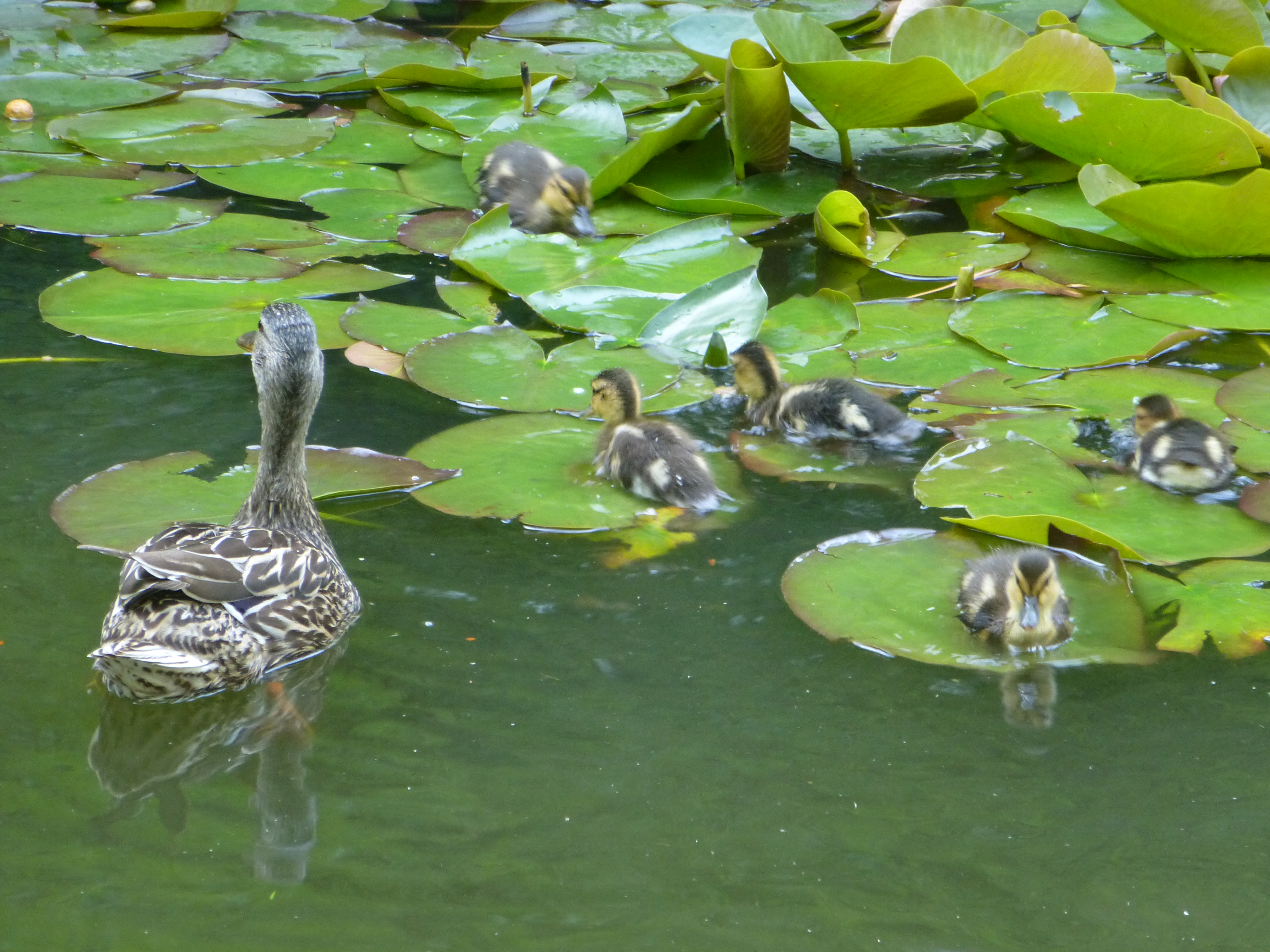 After a meal, Honey invariably repairs to near the tree island and dunks herself rapidly into the water, then flapping her wings and repeating the porpoise-like dunking. I don’t know why she does this, but some of the ducklings imitate her. Here they watch her ablutions, which some of them imitated (you can see one dunking itself at upper left). They mother and brood then climbed onto the tree island and engaged in a long bout of preening. 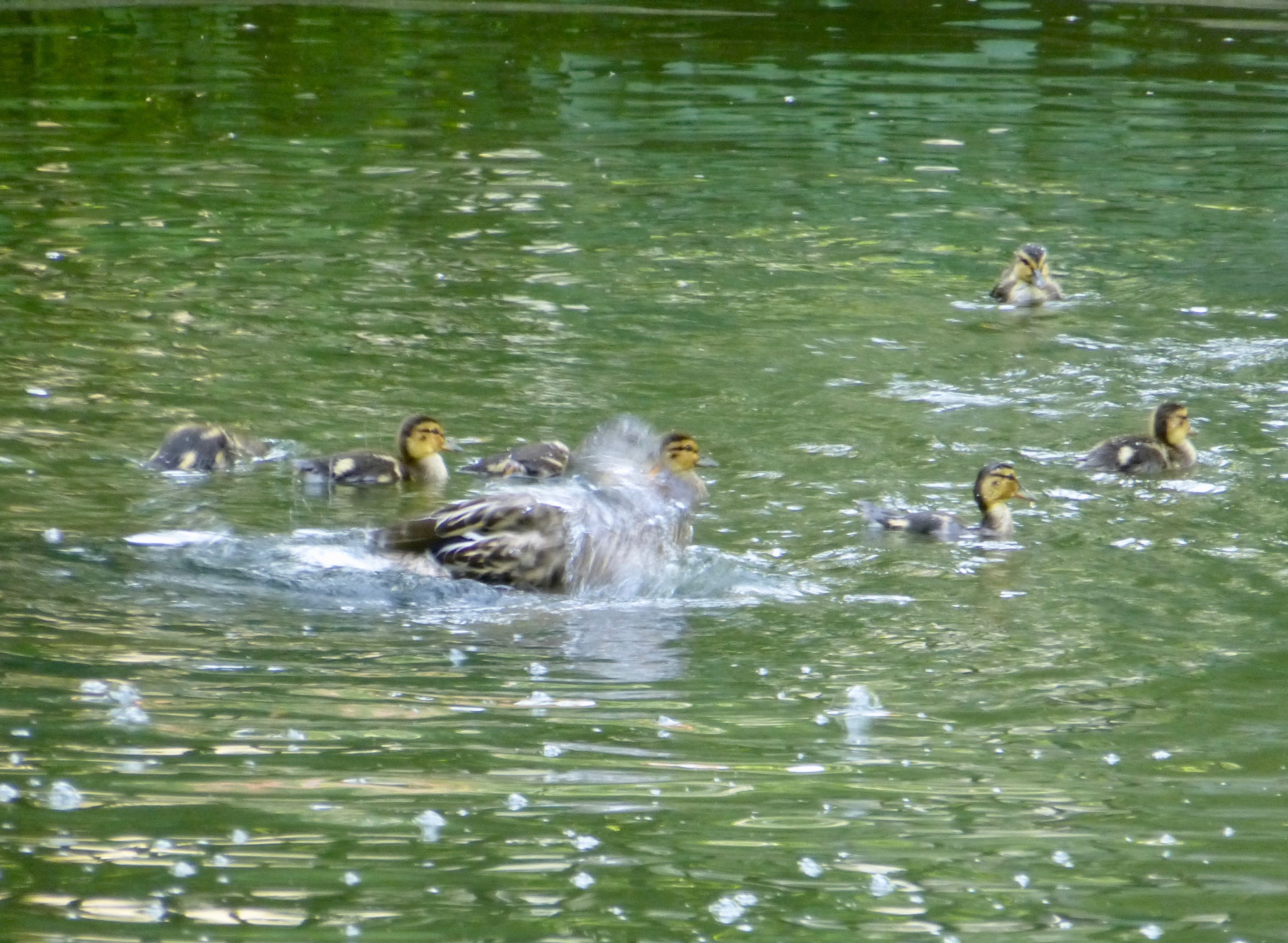