It’s Ceiling Cat’s Day: Sunday, May 27, 2018, and it’s National Italian Beef Day, a sandwich made famous by Chicago and made properly only in Chicago. It’s also the start of National Reconciliation Week in Australia, a celebration of aboriginal rights and their long-term neglect.

I haven’t yet done the daily Duck Count and Feeding, but I have to say that my first visit to the pond each day is always fraught with anxiety. Yesterday, thanks to kind reader Linda Calhoun, who found them, I ordered $35 worth of floating “starter duck pellets”. This morning I go on another shopping trip to buy corn, shredded wheat, and oatmeal. (The ducks eat better than I do!)

On this day in 1703, Peter the Great founded the city of Saint Petersburg. On May 27, 1927, the Ford Motor Company made its last model T, preparing to make its successor, the Ford Model A. On this day in 1933, the Walt Disney company released its cartoon Three Little Pigs, considered the most successful animated short ever made. It was helped by its hit song, “Who’s Afraid of the Big Bad Wolf?”  Here it is! The song starts at 1:55:

On May 27, 1937, the Golden Gate Bridge opened—first to pedestrian traffic only—connecting San Francisco and Marin County, California.  Exactly three decades later, Australians passed a constitutional referendum giving the government power to make laws ameliorating the plight of indigenous Australians, who before that weren’t even counted in the census. (See “National Reconciliation Week” above.) Finally, exactly two years ago, Barack Obama became the first US President to visit the Hiroshima Peace Memorial Park and meet survivors of the American A-bombing of that city.

Notables born on this day include Cornelius Vanderbilt (1794) and Amelia Bloomer (1818), best known for giving her name to the ladies’ garment (the first widespread attempt of women to wear pants), but in reality a well known journalist and feminist activist. About those bloomers, shown below, Wikipedia says this:

In 1851, New England temperance activist Elizabeth Smith Miller (aka Libby Miller) adopted what she considered a more rational costume: loose trousers gathered at the ankles, like women’s trousers worn in the Middle East and Central Asia, topped by a short dress or skirt and vest. The costume was worn publicly by actress Fanny Kemble. Miller displayed her new clothing to Stanton, her cousin, who found it sensible and becoming, and adopted it immediately. In this garb Stanton visited Bloomer, who began to wear the costume and promote it enthusiastically in her magazine. Articles on the clothing trend were picked up in The New York Tribune. More women wore the fashion which was promptly dubbed The Bloomer Costume or “Bloomers“. However, the Bloomers were subjected to ceaseless ridicule in the press and harassment on the street. Bloomer herself dropped the fashion in 1859, saying that a new invention, the crinoline, was a sufficient reform that she could return to conventional dress.

Meanwhile in Dobrzyn, Hili is acting like royalty again:

Hili: In principle we understand each other without words.
A: I’m glad.
Hili: But you could try harder. 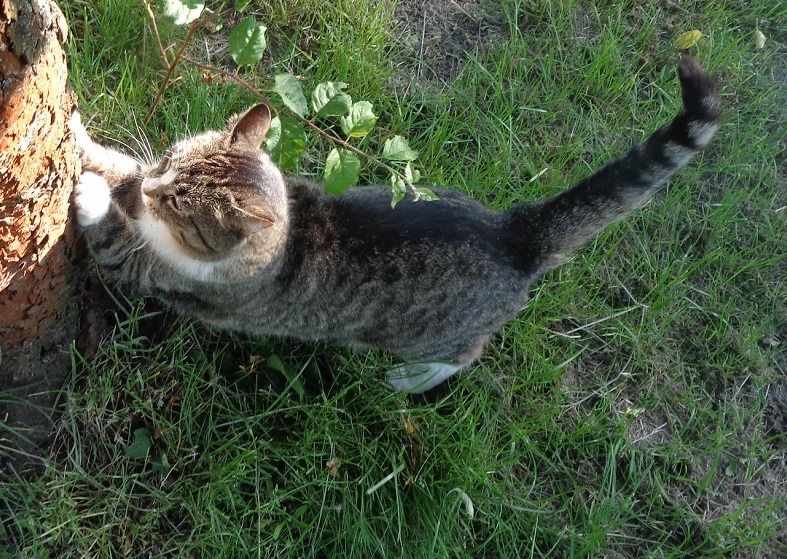 Out in Winnipeg, Gus, briefly untended, got into the catnip plant, winding up completely baked! 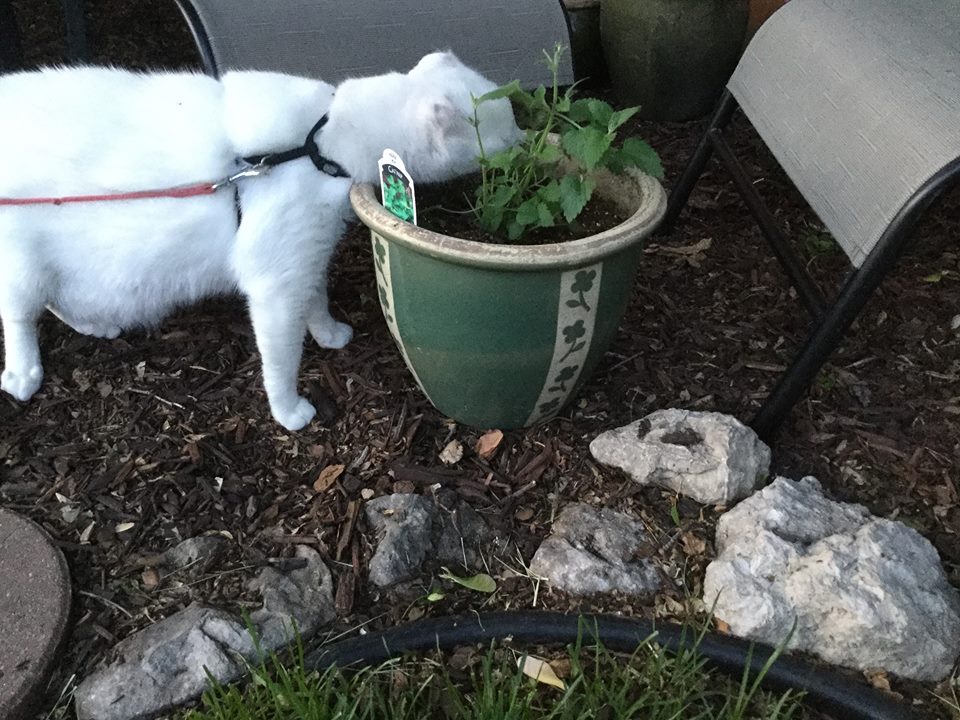 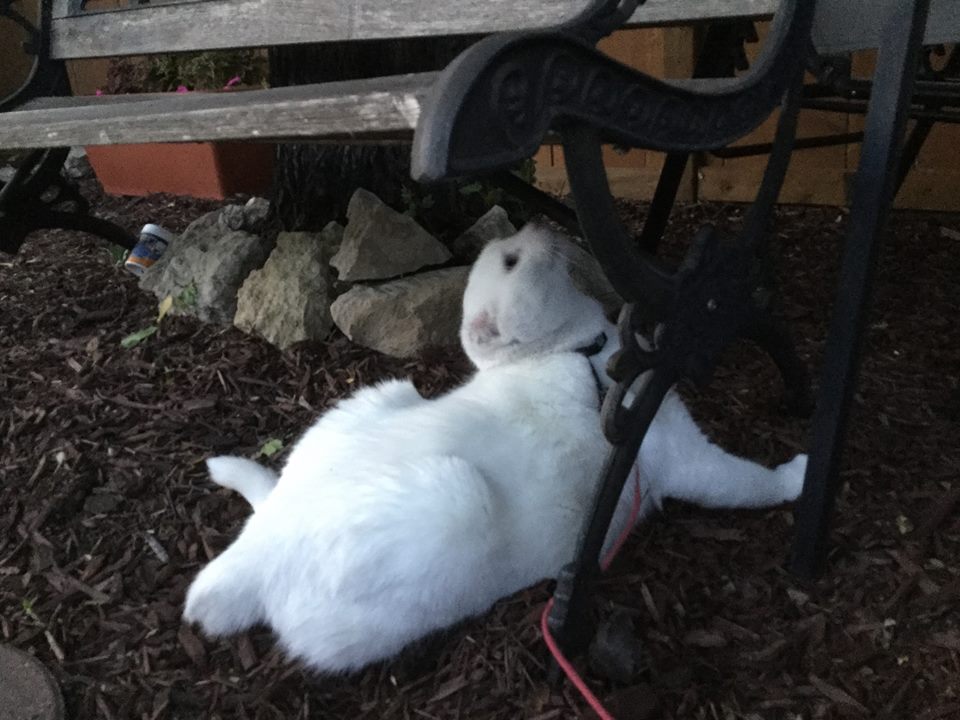 Matthew sent a bunch of tweets. Here’s an example of scientific inflation.

If you didn’t believe the photo I put up the other day of goats grazing on the side of a dam, standing on tiny bits of protruding wall, have a look at this:

Why did this cat make such a big leap? Have a look:

Me: WHAT ARE YOU DOING MR. JINGLES?!

Another wonderful species, the Golden Moray! How was it not called the Bannana (P)eel is beyond me 🍌
Morays are truly #amazing @GeorgeProbst! #animals #wildlife #nature #marinebiology #biology #feedly #SaturdayThoughts pic.twitter.com/VCptzQpidH

One would think this would hurt the bobcats, but they seem to climb cactuses frequently:

Good afternoon here are bobcats who like to be on cactuses pic.twitter.com/KP7tQUuvm0

And an optical illusion: