All eight ducklings are alive and well—thriving in fact. It’s still anxiety-provoking to feed them, as Frank is dominant over Honey and her brood, and tries to chase them away from food. It’s best to separate them, and to do that you need two people. Fortunately, Sanja showed up yesterday afternoon to feed Frank while I took care of Honey and her family. Then we switched places.

I still need to get more food down Honey, as she’s too attentive to eat while I feed mealworms to her brood. I’ve also tried new foods:

Cheerios: not a big hit with either Mom or brood
Lettuce: (red-leaf kind) ditto; nobody eats it
Corn: Honey loves it, but because it sinks I have to feed her on land, and she won’t come ashore if Frank is around.
Chick starter food: A kind person sent me a ten-pound bag of finely ground chick “starter” food, which is also great for ducklings, and they like it; but it sinks quickly in the water and therefore can be fed only on land—the usual problem. If I could only get the family on land and keep Frank away from them!
Mealworms: The perennial favorite, and good because a. they float and b. Frank doesn’t like them. But that’s not a balanced diet. I trust the family gets other stuff from foraging in the pond.

Here’s Sanja feeding mealworms to the brood yesterday. When they get big enough, perhaps they can get names, though they’ll still be indistinguishable. Note that you can see all eight ducklings. 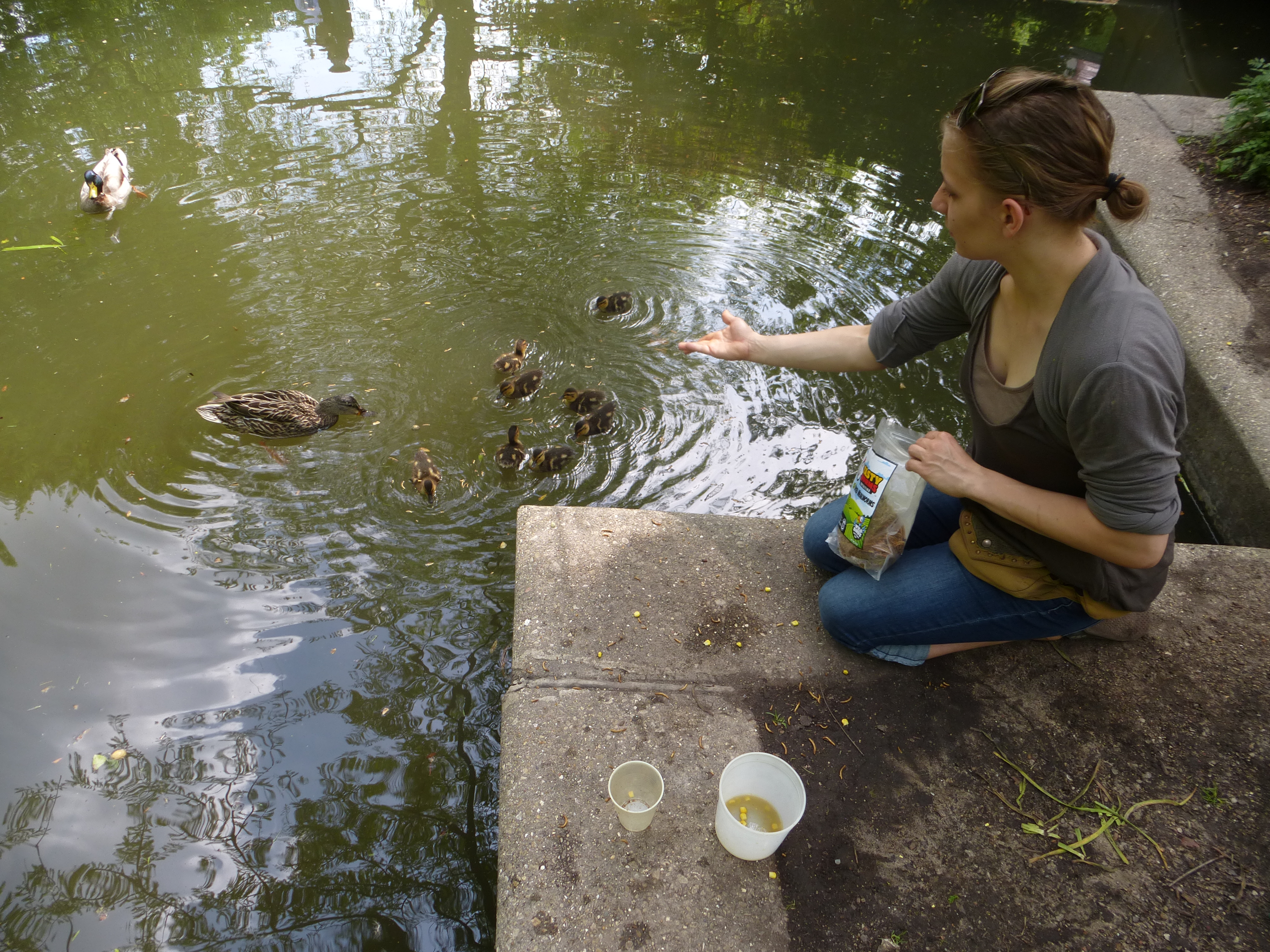 Frank and Henry pal around, but Honey regularly chases Henry out of the pond while Frank goes after her. The dominance hierarchy is weird. Here they look as if they’re enemies, but they’re not. Frank is also dominant over Henry at feeding time. I still feed the drakes, but Honey (who is thinner) is the one who really needs to be fed up.

Frank, on the left, has a lighter breast, which makes me think he’s a backcross hybrid involving a white duck somewhere in his ancestry. Henry (right) has the typical brown breast of a wild drake. 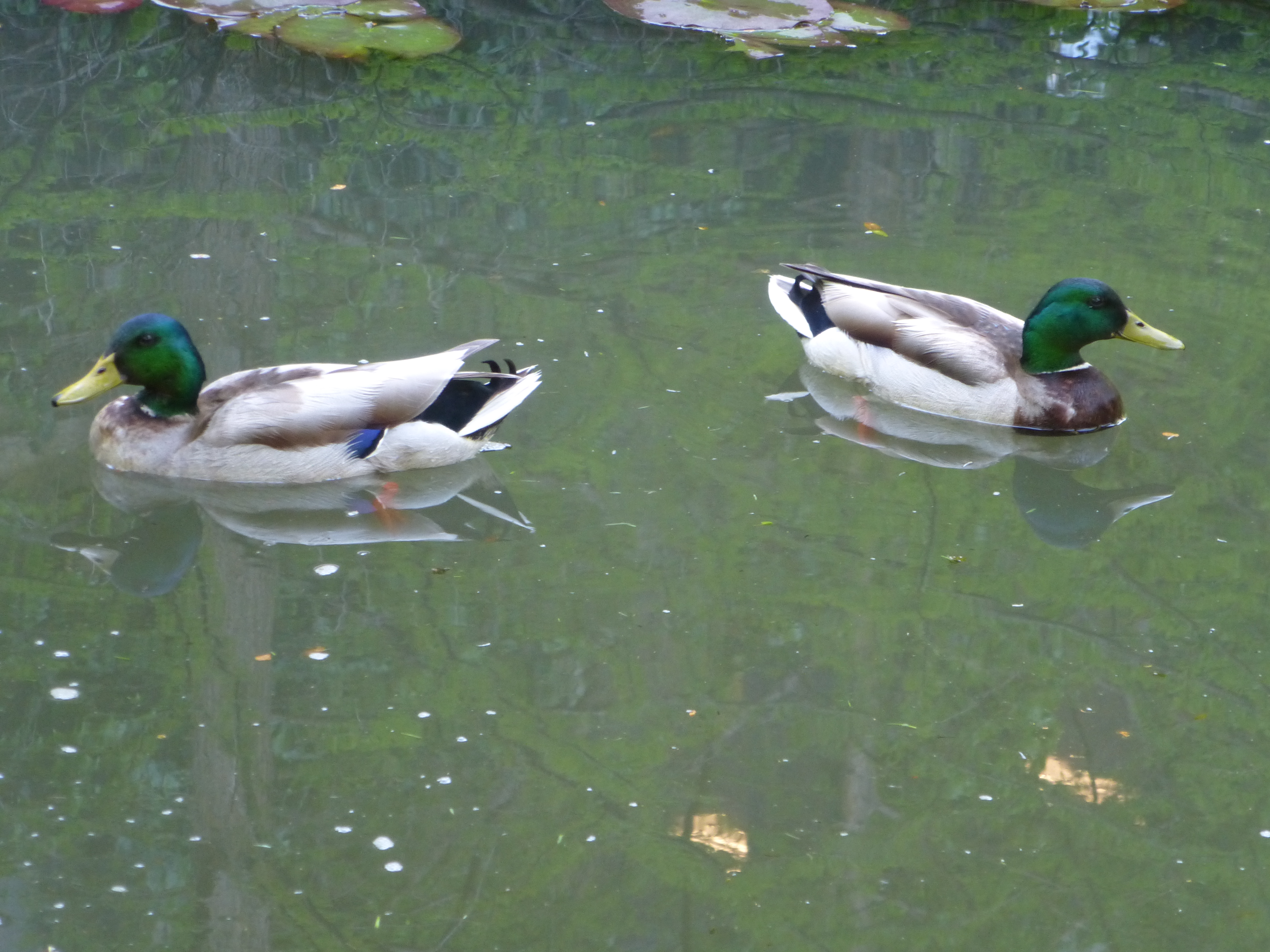 More reports as things develop. The ducklings are perceptibly bigger than they were a few days ago. Fingers crossed!