When I look at the video of Savita Halappanavar dancing in the streets of Galway back in 2011, it brings tears to my eyes, because she will never dance or smile or laugh again. Ireland killed her. When she miscarried a year later, Ireland’s draconian position on abortion prevented her from getting the medical intervention she so desperately needed, and she died a few days later from septicemia.  I cannot even contemplate the anguish and anger of her husband and parents. This should never have happened in the 21st century.

Savita’s harrowing story was by no means unique, however it sparked a nationwide conversation in Ireland, one that was many decades overdue.

The campaign to repeal Ireland’s 8th Amendment has steadily grown in numbers and intensity from a time when few thought that a referendum would ever happen, to the point when the Repeal Campaign not only had the support of Taoiseach (prime minister) Leo Varadkar, but also the leader of the major opposition party Micheál Martin.

Only a few years ago this seemed unthinkable, not because many people did not want provision to be made for abortion, but because people genuinely feared that there would be little support in a country where traditionally so many of the laws were written under the influence of the Catholic Church. Under Irish law, a rape victim who procured an abortion was liable to serve a longer jail sentence than her rapist. 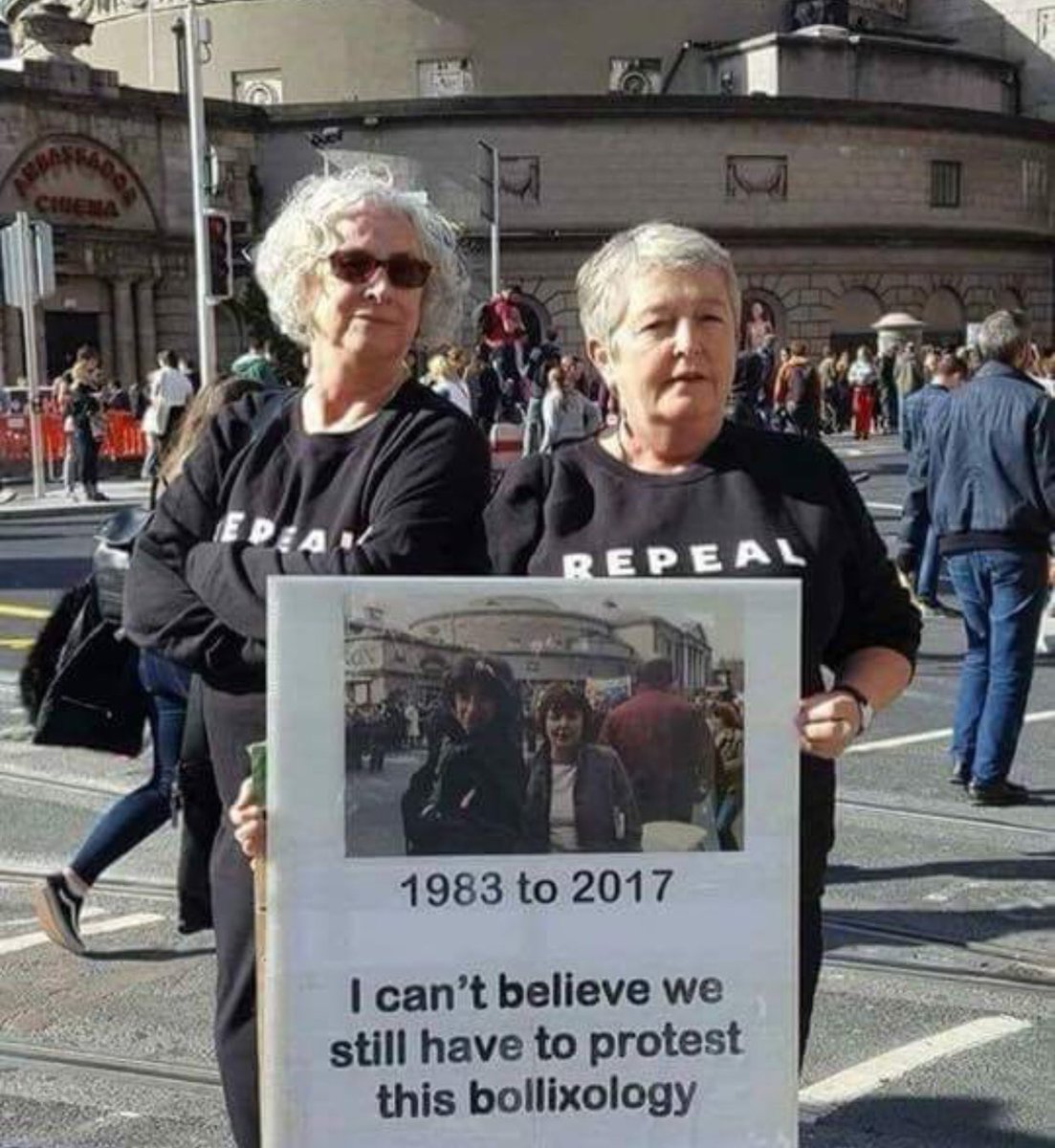 In recent years however, the Catholic Church has lost nearly all of its influence over the people of Ireland, in spite of still nominally being the majority religion of the country. The scandals of child abuse by the clergy, the exploitation of women in “Laundries” and the steady march of modernity and socioeconomic affluence has caused the Church to steadily lose members. More importantly, the Divorce referendum in 1995 and the Same-Sex Marriage referendum of 2015 showed that Irish Catholics no longer took their cues from the clergy. 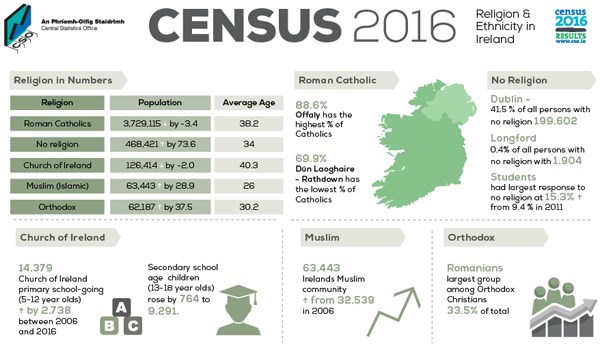 So tarnished is the Church’s reputation that they deliberately tried to play a muted role in the No campaign, although they just couldn’t quite contain themselves, and the Bishops had Pro-Life letters read out in as many parishes as they could manage during Sunday Mass a couple of weeks ago. There is no such thing as separation of Church and State over here. The No side has fought a vigorous if at times bizarre campaign over the months leading up to the referendum. It’s been marked by unapologetic misinformation, scaremongering and outright lies that have had to be combated by doctors who publicly campaigned to repeal the amendment. I don’t mean to be glib. I am sure that there are anti-abortion people who have honest arguments for their position. The No campaign, however, chose to go with sensational and lurid schlock and horror instead, displaying crimson photos of unborn fetuses and an outright denial of medical reality.

There’s also been a visible presence of Pro-Life American evangelicals who blagged their way into Ireland for the purpose of trying to sway the vote against Pro-Choice. This may unintentionally have done more damage than good to their cause. Ireland is a small country, and it doesn’t take much for news to spread across the entire land. In addition, American-style religious witnessing and testifying doesn’t play well over here. Not only does it not generate a currency of respect, it is regarded as bad manners at best and more likely as the sign of an unhinged mind.

As Ireland holds its historic abortion referendum, here's how trolls have been trying to manipulate the vote. pic.twitter.com/Vhl1kYBZhL

A sample of the No campaign’s supporters on Twitter: short on facts, high on melodrama, incapable of hiding their religious roots. Many of the below are also not Irish accounts which created a false impression of how much support the No side had. Tactically this isn’t smart as it generated a sense of urgency on the side of the Yes campaign to ensure maximal turnout at the voting station. 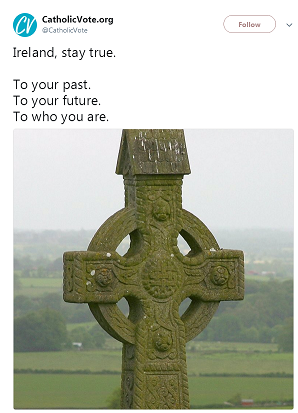 Crikey. It sounds like these people wished Bono had never been born. #repealedThe8th pic.twitter.com/MjiMg8vM9F

A final verdict on Friday night once the Exit Polls were published, and that verdict is Dances With Goats.

Some points worth noting:

Although the older demographic was expected to be guaranteed to vote ‘No’, a surprising number publicly chose to support the Yes to Repeal campaign. Perhaps it shouldn’t be surprising at all, as they—more so than anyone else—have lived through the worst human rights horrors in Ireland. 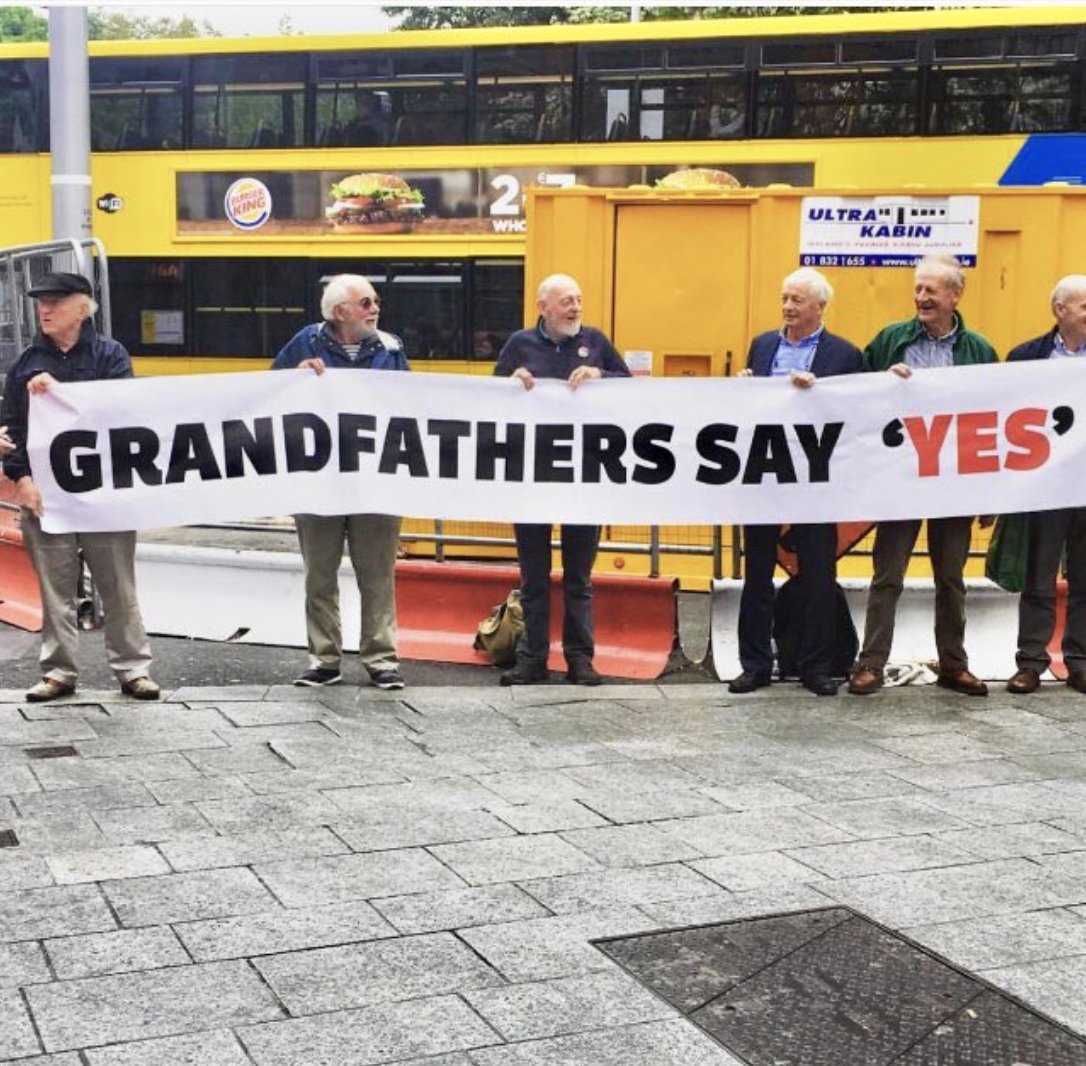 Having a drink with Matt tonight, he's my 91 year old father in law. Hadn't really asked him about #8thref until we had all voted as he is a daily mass goer.
"I thought a lot Sam. I went for #YES. Our girls shouldn't be sent away" #proud #IVotedYes #Together4Yes pic.twitter.com/ZOWNmNRE0f

Around 40,000 Irish ex-pats are still eligible to vote and many of them returned to cast their ballot, as they did during the 2015 Same-Sex Marriage referendum. There are a multitude of stories of people crowd-sourcing the funds to purchase tickets to travel from all over the world, many of them Millennials who largely supported the Repeal campaign. 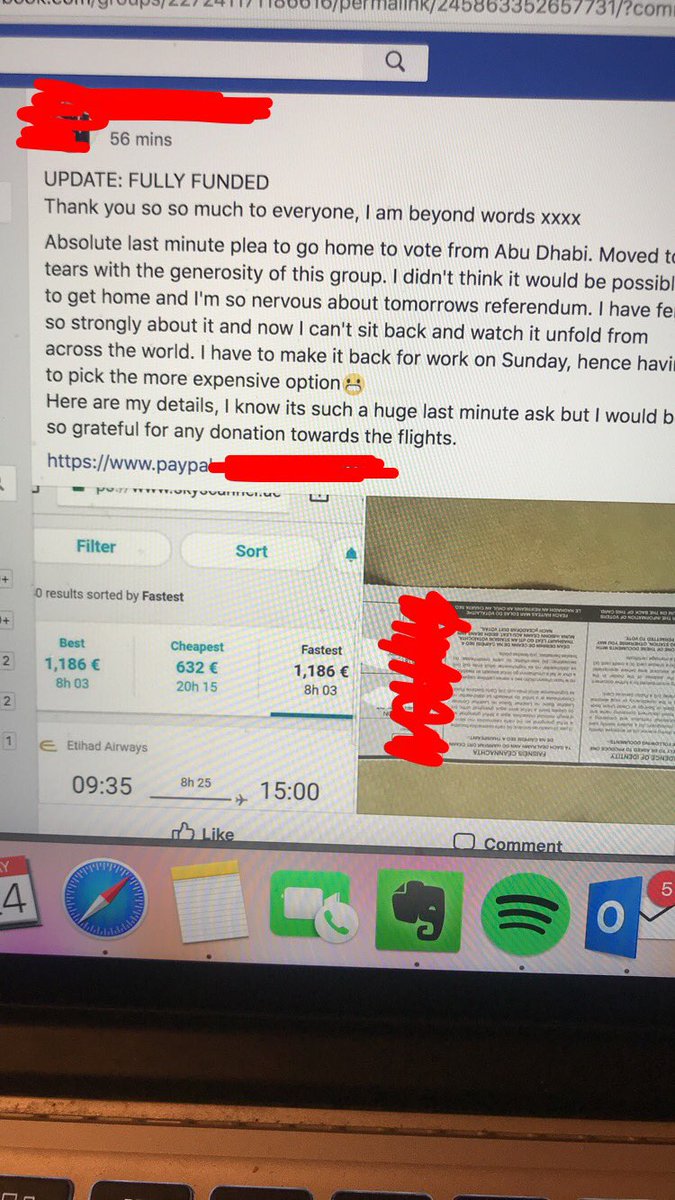 I was just thinking this evening of my mother, a devout Catholic who was not allowed to attend my baptism because she had not been 'churched" and was still "unclean" after giving birth. Time to end this culture of shaming women. #repealthe8th

Final tallies of the vote confirm what last night’s exit polls promised. Ireland has voted to repeal its Eight Amendment allowing for legislation to make provision for abortion to be passed. The No campaign has conceded defeat. The mood is triumphant but emotional: the cost of reaching this point has been high and the cruelty of the past can never really be undone.

Look at this. Look at what most significantly influenced people’s vote. Ireland, I love you. #ItsTime #RepealedThe8th #Together4Yes pic.twitter.com/1CBvtqskRJ

To quote from Ulysses:
"And yes I said yes I will Yes."#repealthe8th #Referendum2018

On a more long-term note, the Catholic Church has lost another major battle for the hearts and minds of the Irish people. Two last places remain to it: schools and hospitals. I predict that at least one of those will fall too once the Church tries to undermine abortion procedures (and it will) carried out in hospitals that it claims authority over. Just to be clear, the hospitals are entirely funded by Irish taxpayers. However the Catholic Church still has control over some hospitals as members of Boards of Directors. Legislators are going to have to address this in the coming months.