Today Ireland is at last holding a referendum on abortion. Grania, who of course lives in that country, explains it to us concisely:

Today Ireland is holding a referendum to poll whether the people wish to repeal the 8th amendment. Here’s some background.

Article 40.3.3, known as the Eighth Amendment, was voted into the Irish Constitution by referendum in 1983. The amendment states: “The state acknowledges the right to life of the unborn and, with due regard to the equal right to life of the mother, guarantees in its laws to respect, and as far as practicable, by its laws to defend and vindicate that right.:

The amendment equates the life of a pregnant woman with that of an embryo or foetus, and has created an unworkable distinction between a pregnant woman’s life and her health.

The amendment was set in place specifically and deliberately to prevent abortion in Ireland. As a direct result, pregnant women were denied life-saving medical interventions if such interventions could interfere with the health of the fetus. In addition to this, it meant that nobody could obtain abortion under any circumstance—not rape, incest, fatal fetal abnormalities.

Women in Ireland have only one option, to travel to the UK where they could obtain an abortion—dependent of course on whether they are physically or financially able to do so.

In 1992, Ireland held a referendum to try to ban women from travelling outside of Ireland to obtain an abortion. Fortunately, this attempt failed and Ireland was left with the hypocritical, dangerous and bizarre position of having condoned abortion so long as it happens outside of the country’s borders.

The need for the referendum is because the Irish Constitution cannot be amended unless ratified by a simple majority.

The effect of the referendum is only to repeal the Eighth Amendment. Later legislation will have to be enacted. Currently proposed legislation would allow for unlimited abortion up to 12 weeks, and afterwards only for medical reasons.

Grania will report tomorrow on the outcome, but people are hopeful it will pass. The Catholic Church, of course, is weighing in heavily on the “no repeal” side, but polls show that more than 50% of voters are in favor of repeal.  I am heartened by the many people on Twitter supporting the repeal. This one, in particular, warmed my heart: these people all met at the airport; they were independently returning to Ireland just to vote:

I made friends at the boarding gate. Not one of us knew each other. #hometovote #london #ireland @LdnIrishARC pic.twitter.com/w7A91tUrZu

Grania found these tweets and pictures; three Twitter hashtags are Together for YES, Repeal the Eighth, and Home to Vote (see also here).

At 15 years old I was pregnant. Mam said "you know you have options Lynn". I chose to be mother. I chose to be a teen mother and when I chose that she supported me 100% then too. My amazing Mam. #TogetherForYes #repealthe8th #ivotedyes #WeVotedYes pic.twitter.com/JLrQaSqmxf

My mum is voting to #repealthe8th today. She is 78 & had an illegal abortion in London as a young woman. She survived. She went on to have all of us 8 children. She's done so much in this campaign. I can't even tell you how grateful I am. She made me. Love you @anningle ❤️ pic.twitter.com/4rt2WVwTNJ 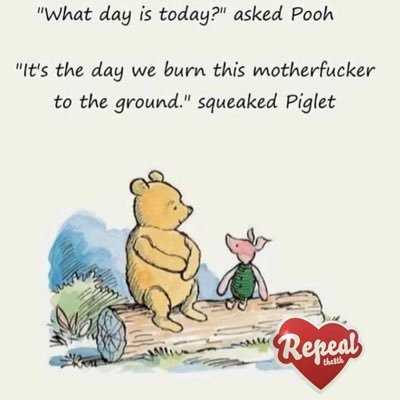