The city of Hiroshima has created a Google street map with a cat’s-eye view. Here’s the skinny from Business Insider:

If you’ve ever wanted to explore Japan as a cat, there’s a map for that.

The tourism board of Hiroshima recently created a site with street views from a cat’s perspective. It’s the first of its kind.

The map features streets in Onomichi, a port town east of Hiroshima. You can explore in 360 from a cat’s-eye view.

I can’t get the link to work, but let us know if you do. Here are some photos:

You can change the angle of the view, or even learn details about local shops that have blue icons (if you speak Japanese). You can also click any of the cat icons on lefthand side to teleport to a different location. 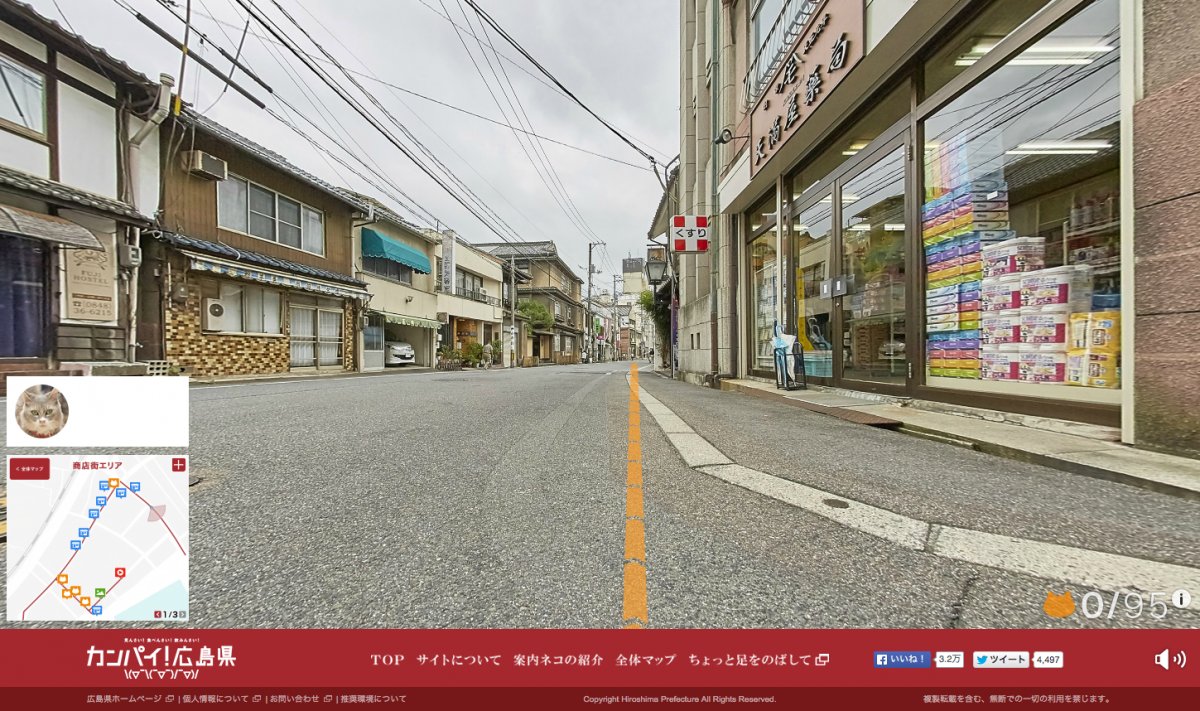 ‘We’re seeking to introduce a different way to look at our cities,’ a Hiroshima tourism official told the Wall Street Journal. They chose to feature a map of Onomichi, because it boasts a very large population of stray cats. 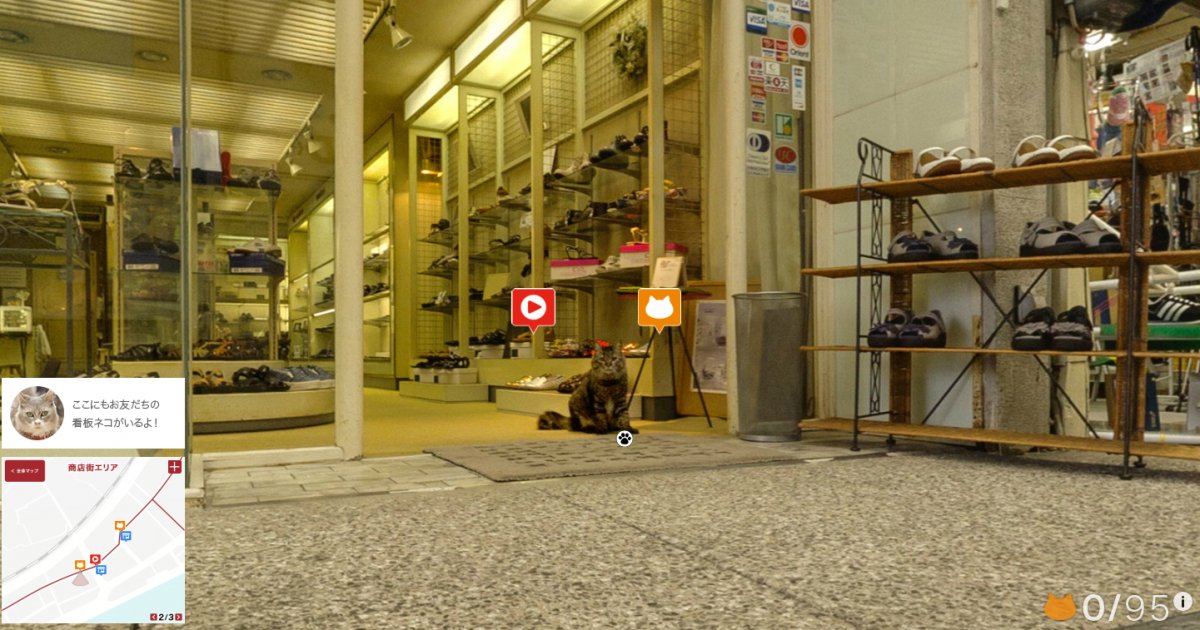 The tourism board will add more locations to the map this month, including a famous shrine area in Onomichi. Now all cats will know where it’s at. 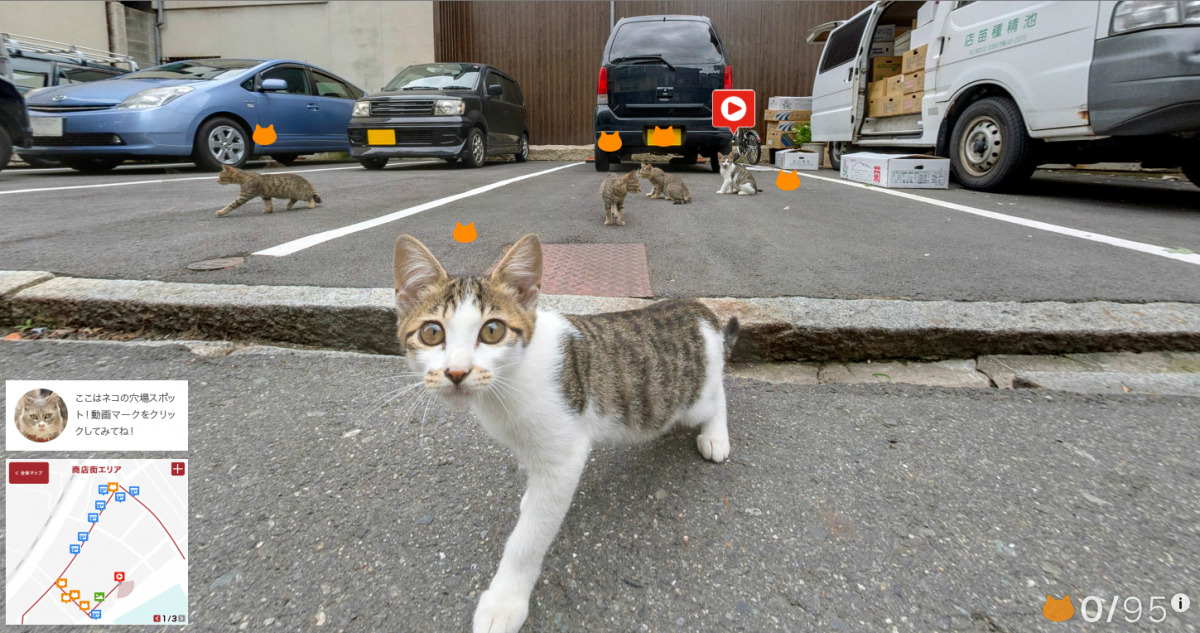 The bridge linking Crimea to Russia was just inaugurated by Putin by leading a convoy of trucks across the span; but did you know that a cat beat him to it?  The cat, Mostik (which means “Little Bridge,”), was the “chief supervisor” of the bridge construction and was the first one to cross it.  Here’s an article about him. Yeah, I know it’s a Russian news site, but this ain’t fake news.  It has the most comprehensive info on Mostik.  Also, here’s an excellent short video featuring this very hip cat. No subtitles.  I like his looks.

Some more information from the link above:

Mostik, a former stray kitten taken in by builders and made the Kerch bridge project’s unofficial mascot in 2015, has a major following on social media, garnering nearly 20,000 followers on his Instagram and Facebook accounts, and the Russian social networking platform VKontakte.

On his days off, Mikhalych takes Mostik home, where he behaves like an ordinary cat and sleeps on his favorite red couch, the Crimean Bridge Information Center explainedto Sputnik’s sister agency RIA Novosti.

No one knows for sure when the orange and white cat was born, but workers choose to celebrate his birthday on November 29, the professional holiday of bridge builders in Russia. Last month, the cat celebrated his second birthday, and received a delicious bowl of shrimp from the builders.

One of the most awesome cat videos ever posted. The nerve of that moggie!

So my cat fucking full on just walked in and dunked a fucking dead mouse in my fucking glass of wine and honestly I'm livid pic.twitter.com/Z8AvB5zcUA